EXCLUSIVE: In brightest day, in blackest night, no groovy reprints shall escape our sight… 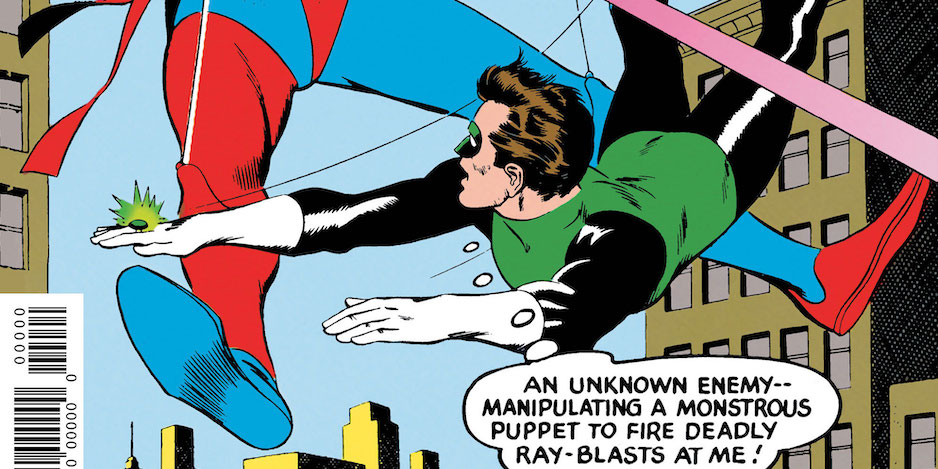 I mentioned already that DC in February 2020 will for the first time release more than one Facsimile Edition. And if you want to know what one of them is — and you do — click here.

Dig the solicitation info, which will be released officially Friday: 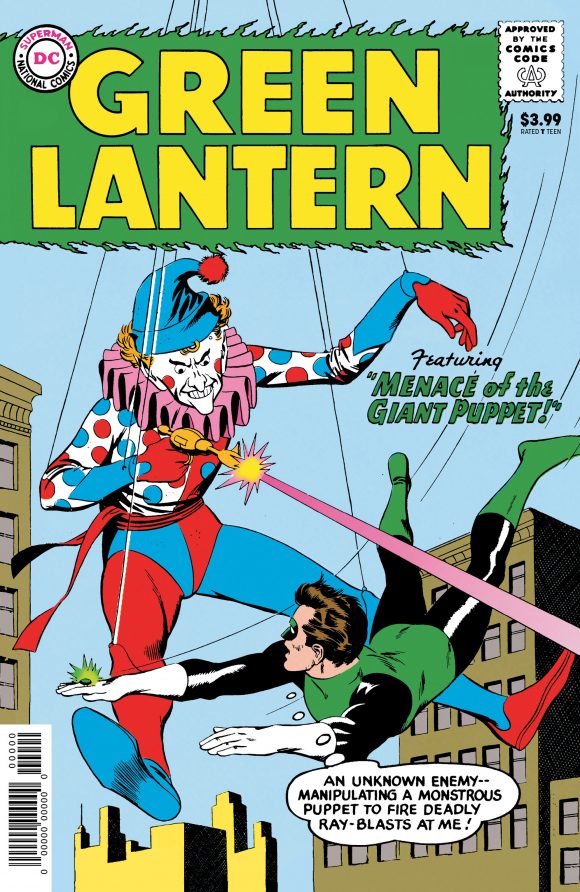 Hal Jordan’s journey as Green Lantern begins in this facsimile edition of 1960’s Green Lantern #1! As the new Green Lantern of Earth, Hal’s worthiness is tested by the Guardians of Oa in “The Planet of Doomed Men!” — as he’s sent to save the inhabitants of the planet Calor from a beast that lives in a volcano! And in “Menace of the Giant Puppet!,” the Puppet Master forces ordinary citizens to do his criminal bidding—and targets Hal Jordan at the annual Coast City parade!

— As far as DC’s Facsimile Editions go, this one represents the earliest material. The publisher has yet to delve into the Golden Age. So far, it’s been strictly the Silver and Bronze Ages.

— This one’s an excellent choice — though a bit curious. Hal Jordan’s first appearance was in 1959’s Showcase #22. But hey, this issue features one of the Silver Agey-ist covers around.

— Standard price comparison: I always like to point out that Facsimile Editions feature stories that have been reprinted in abundance. Instead, the appeal here is the packaging — ads, letters, back-up features and whatnot. You don’t just get the story, you get a mint time capsule for four bucks. On the other hand, an original will cost you big money. A VG- copy recently sold on eBay for $600.

— There’s a letter by Roy Thomas in this one, according to the Grand Comics Database!

— Why in February? Because the next phase of Grant Morrison and Liam Sharp’s excellent The Green Lantern launches that month.