13 SONGS That Need to Be on the GUARDIANS OF THE GALAXY VOL. 2 Soundtrack

Home » MOVIES & TV » 13 SONGS That Need to Be on the GUARDIANS OF THE GALAXY VOL. 2 Soundtrack

Get your tape deck ready. 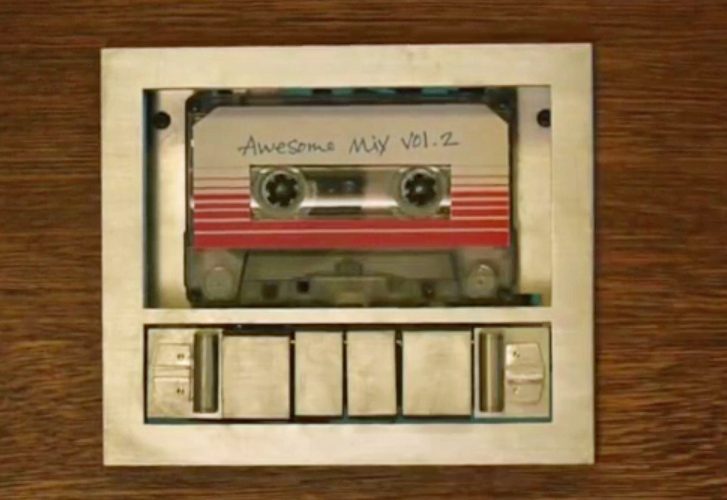 Last week, our Christy Blanch began musing on Guardians of the Galaxy Vol. 2, specifically the songs that’ll be on the soundtrack.

Well, the musical technicians here at 13th Dimension have been pondering this very question since the titles went dark on the first movie. Now, with the second installment mere months away — 5/5 to be precise — it’s time to reveal our foolproof list of songs that absolutely must be in Vol. 2.

There are three songs revealed in trailers and clips already: Fox on the Run, by Sweet; Come A Little Bit Closer, by Jay and the Americans; and, The Chain, by Fleetwood Mac.

Assuming they’re all in the final cut, that leaves 10 selections. So here they are, as picked by me; Christy; fellow 13th Dimension contributor Rob Kelly; and certified musicologists Wendy Greenfield, my wife, and Sam Greenfield, my son.

It’s your expected mix of cheesy ’70s one-hit wonders, R&B classics and rock stalwarts. (Oh, and by all means, leave YOUR choices in the comments below or in whichever social-media thread you found this.)

Brandy (You’re a Fine Girl), by Looking Glass. Three of us picked this independent of the others — Sam, Rob and me. This song better be in the movie.

The Things We Do For Love, by 10cc. Picked by Sam. Hey, they made it the first time around, why not the second.

American Girl, by Tom Petty and the Heartbreakers. Picked by Wendy.

The Rubberband Man, by The Spinners. Picked by Sam.

Rhinestone Cowboy, by Glen Campbell. Picked by Rob, who adds, “This is a Star-Lord song if I ever heard one!”

Baby Come Back, by Player. Picked by Christy.

Looking for the Magic, by the Dwight Twilley Band. Picked by Wendy.

Heroes, by David Bowie. Picked by Christy. James Gunn has said the movie will include another Bowie song, and there is none more fitting.

Everyday People, by Sly and the Family Stone. Picked by me. Come on, how many songs about universal love mention blue people and green people? This cries out for an end-scene montage.