They just wrapped in Los Angeles.

If you missed it, here’s a replay of the livestream. Just jump over the 30-minute countdown:

Cutting through all the clutter, blackslapping and happy talk, Rebirth is about DC trying to reconnect with its fans because this is a publisher that is straining to sell comics. My goodness, I hope it works. I love DC as a concept and hate seeing it struggle. That said, here’s what jumped out at me immediately about the announcements themselves. I’m just scratching the surface, I know, but I’ll be getting into it all in-depth as we get closer:

1. Tom King and Tim Seeley were terrific on Grayson. They have a sense of style and a sense of humor and to have them each at the center of the Batuniverse is something I’m happy with. But I prefer red-and-black Nightwing.

2. I do dig this whole All-Star Batman concept. I am a fan of Scott Snyder’s work, obviously, and I like the idea of him doing shorter, classic villain-driven arcs. My biggest beef with his Batman run was that too many arcs went on too long. 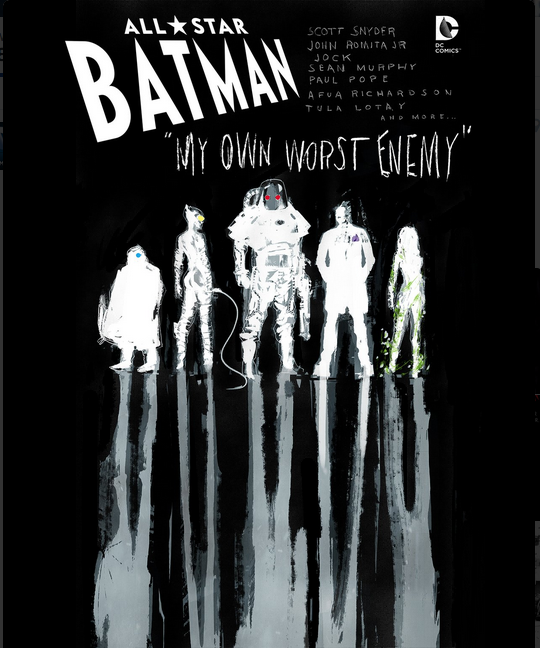 3. I don’t want to know the Joker’s real name. But that’s OK. I can just ignore it. That’s the beauty of making your own continuity in your mind.

4. So, um, JLA: Whattya think? Is that where the Snyder and Capullo team returns?

5. Did anyone count how many times the word “recommitment” came up? 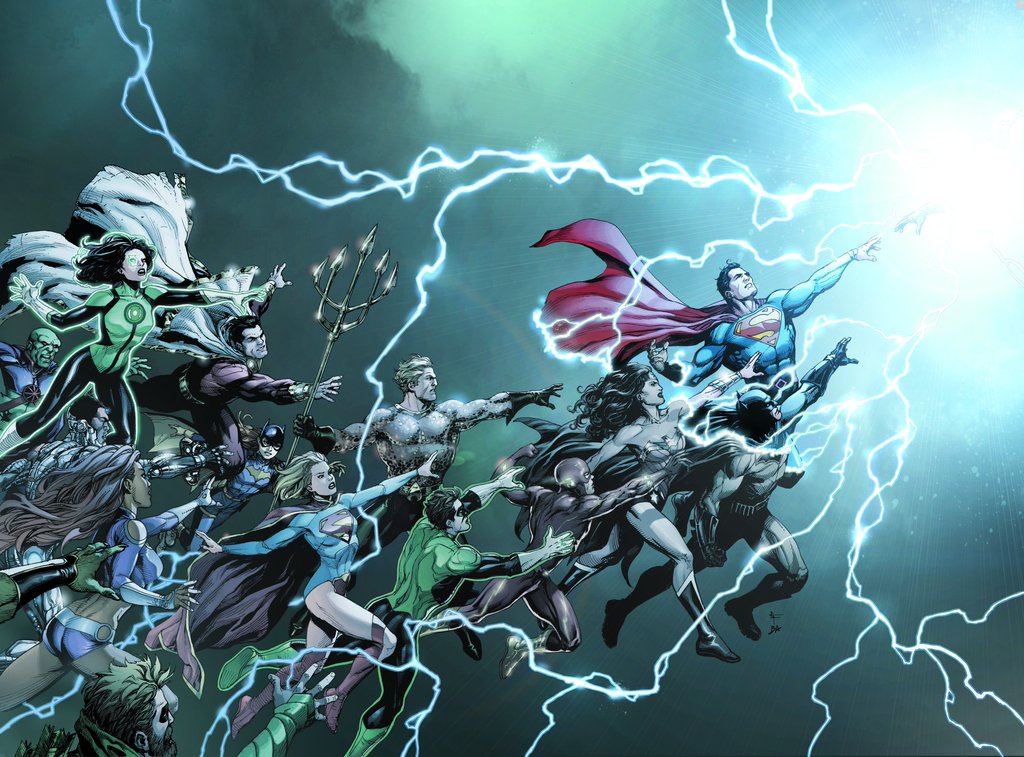 6. I like most of the new character designs. Gone is most of the New 52 armor, replaced by more athletic-looking suits and protective gear. I like that a lot. The original Kid Flash had one of the best designs ever. Glad to see a return to a version of it. 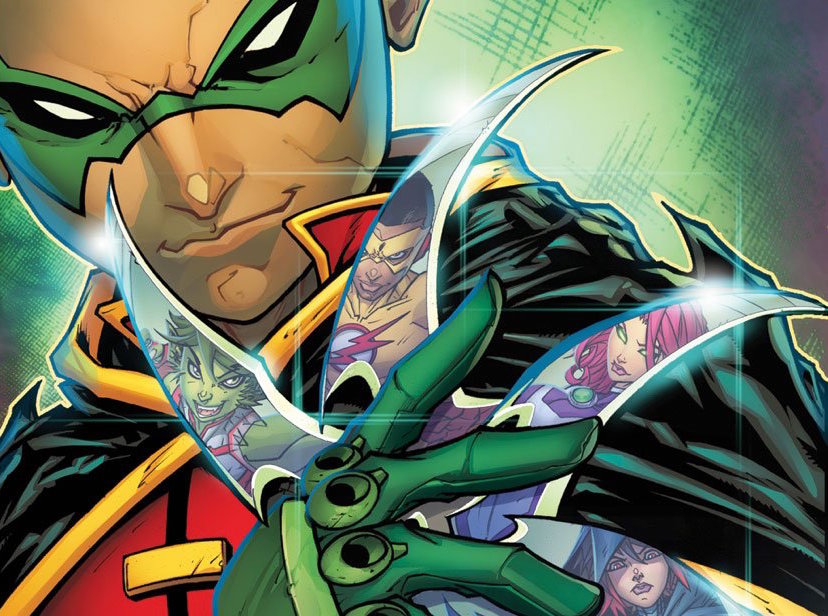 7. I also like the new Huntress outfit, though someone online rightly pointed out how much she looks like Rogue. 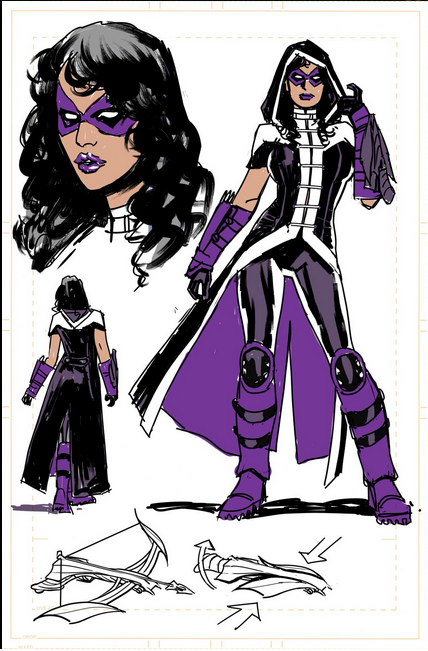 8. Of the non-traditional books, I’m most interested in: Gene Luen Yang’s New Super-Man and Super Sons, which looks like it’s Damian and Jon Kent from Lois and Clark. That’s a fun idea. 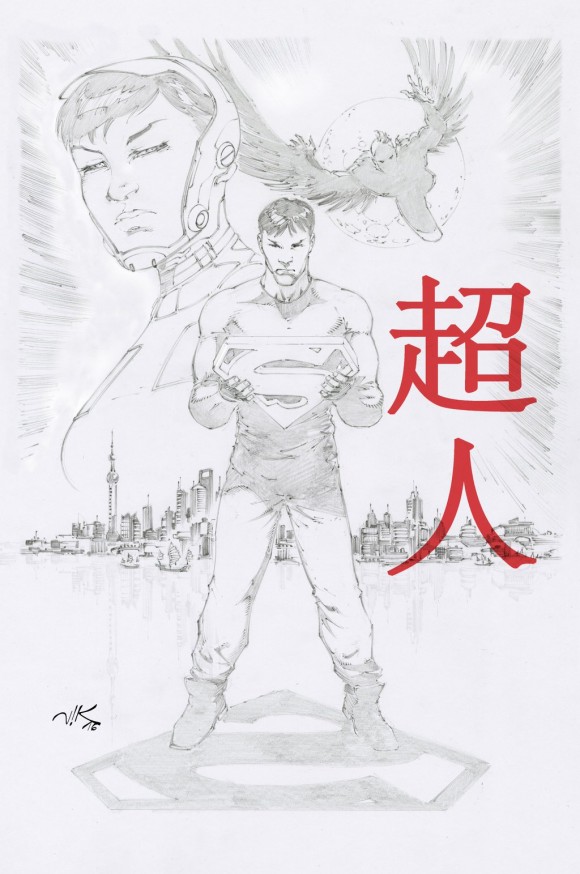 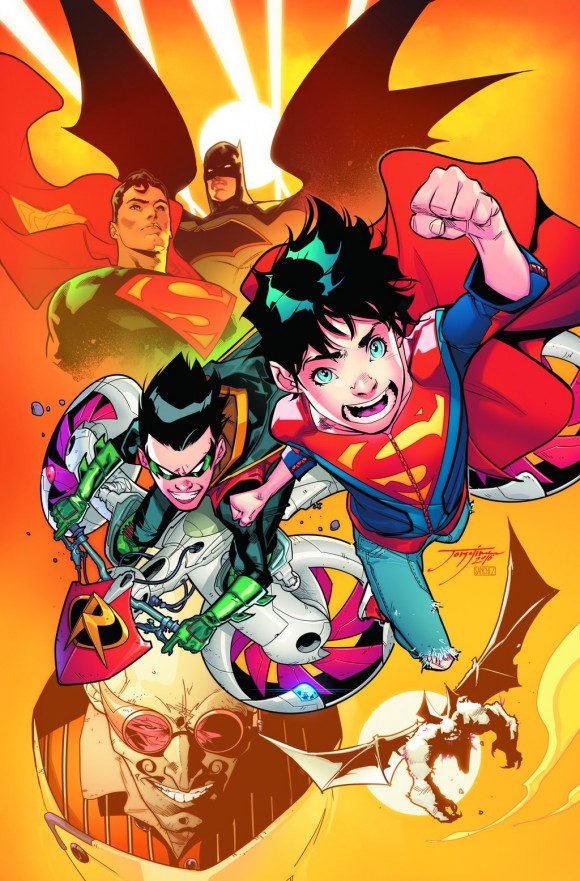 9. On the other hand, I am really tired of multiples of characters. I’m not talking about Superman, Supergirl, etc., or Batman, Batgirl, Batwoman, etc., though that can be overkill. I’m talking about teams of speedsters and too many Robins, even too many Lanterns, on and on. Speaking of: Is this Superman in red and blue New Clark or Old Clark or what?

10. Unsurprisingly, but Supergirl very much looks like it’s drawing from the show. Which of course drew from the classic source material. Maybe Zack Snyder can learn something there. 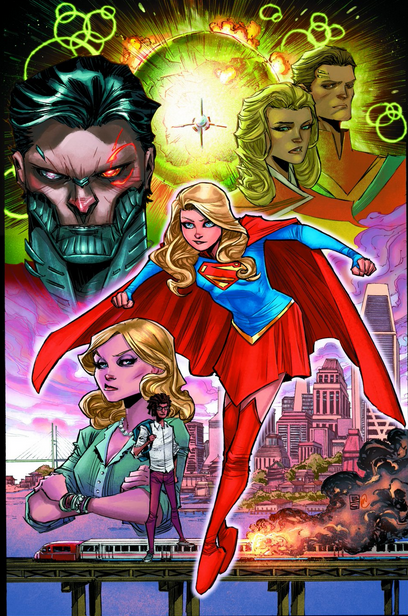 12. I still won’t be reading Red Hood and his band of whatevers. Why does DC insist on this? Blergh.

13. Does that Rebirth cover mockup they showed mean a return to a DC bullet? 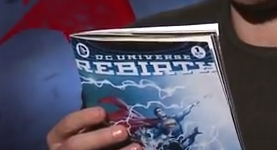