The Penguin, one of Batman’s most storied adversaries, debuted 80 years ago this year, in 1941’s Detective Comics #58. The ish was released in October of that year, but this week seemed a good time for a 13 COVERS gallery because Danny DeVito has written a Penguin story that appears in Gotham City Villains Anniversary Giant #1, out Tuesday.

Dig this variant by Frank Quitely: 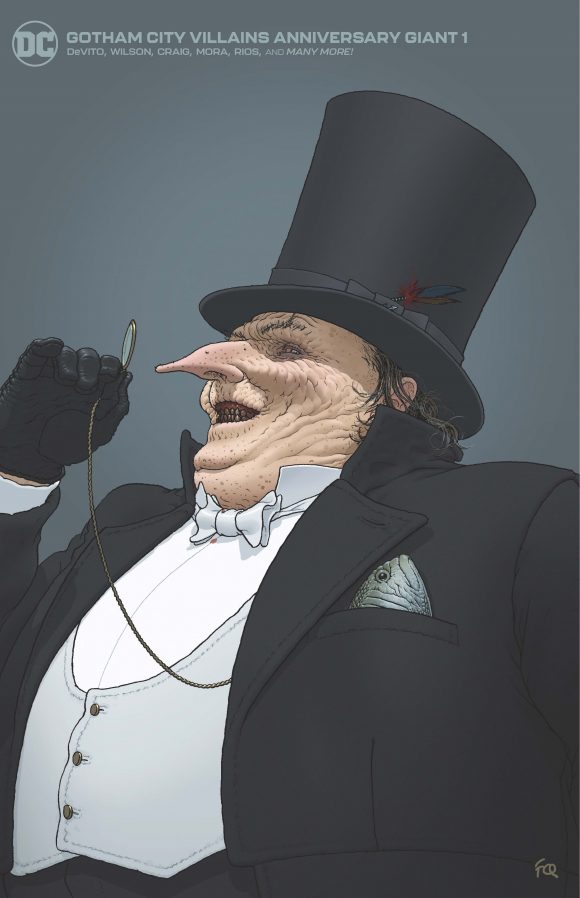 Quitely’s Penguin is a mash-up of DeVito’s look from Batman Returns and Oswald Chesterfield Cobblepot’s classic image. Here’s how the Bird of Banditry looked in his first appearance, by the by — he wasn’t even on the cover! 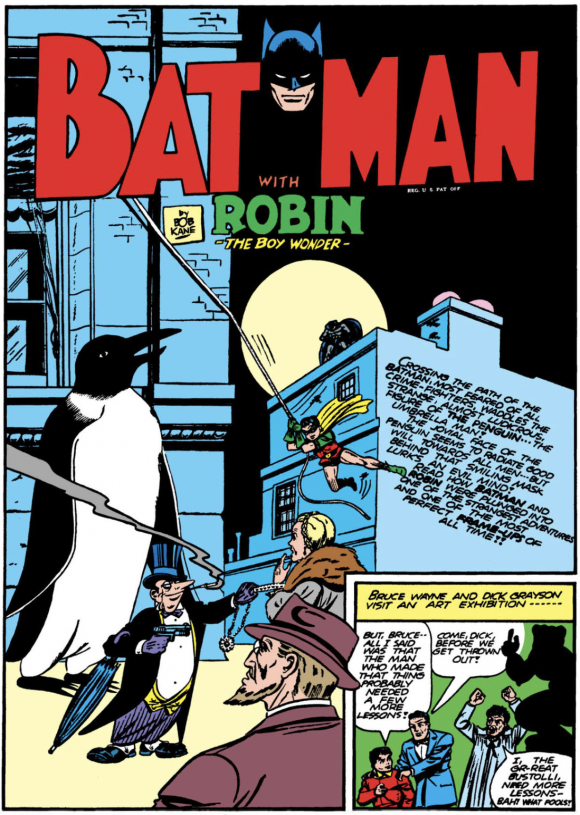 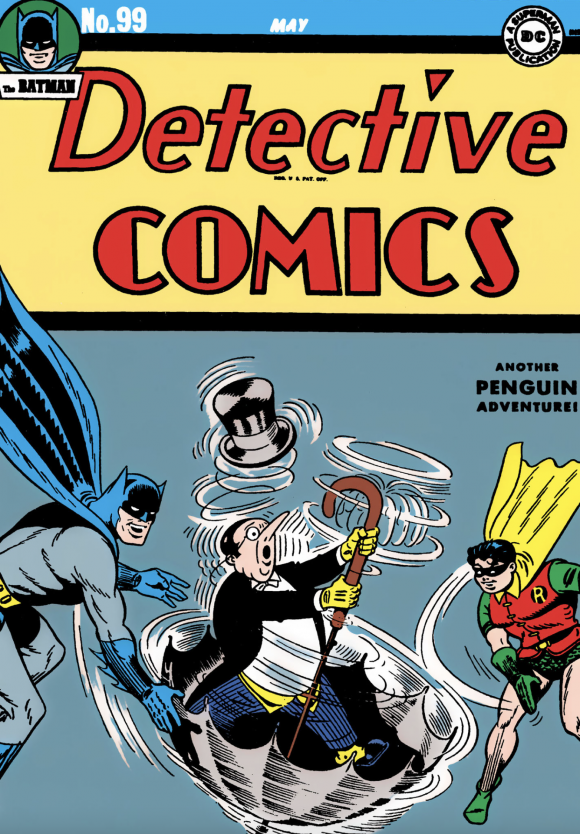 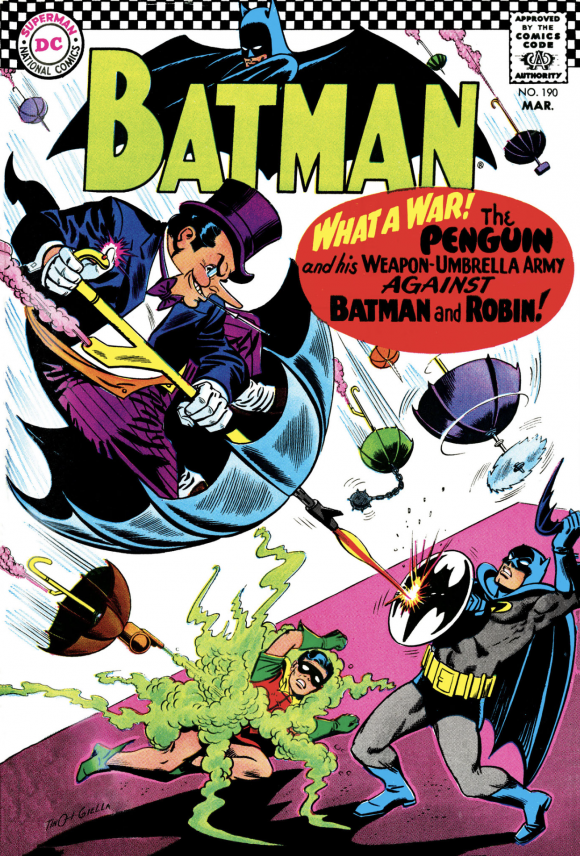 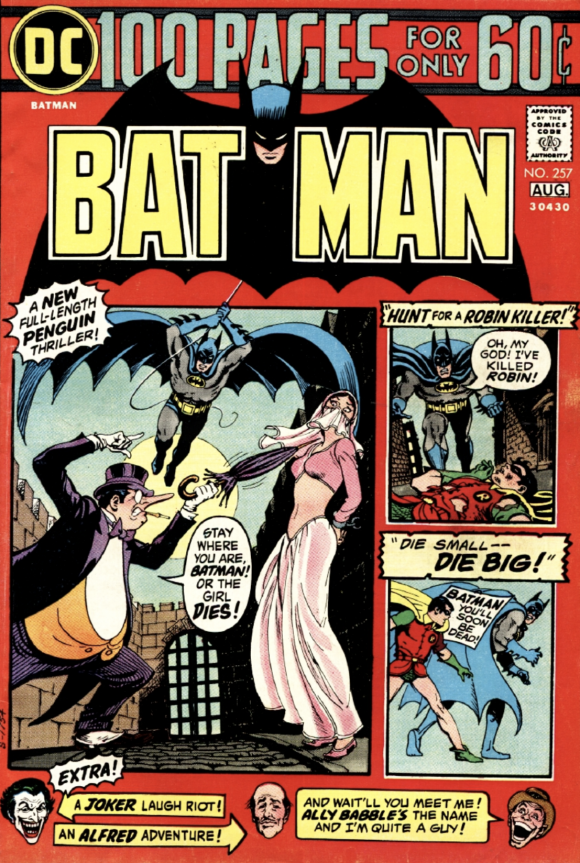 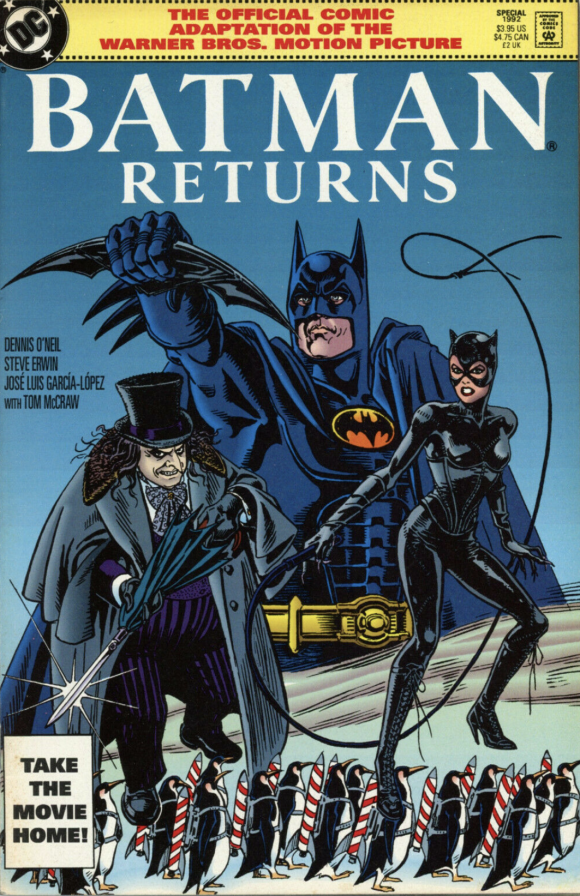 Artist unknown. If you have any info, leave it in the comments! 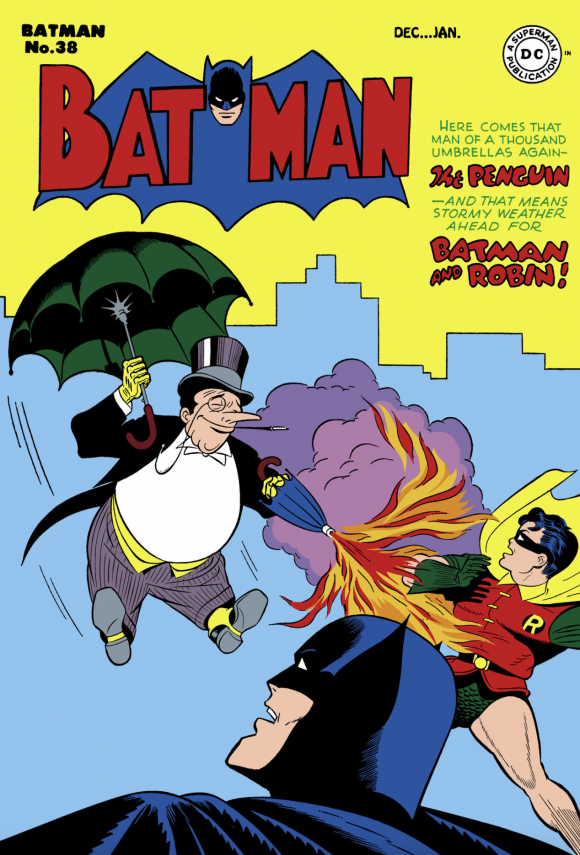 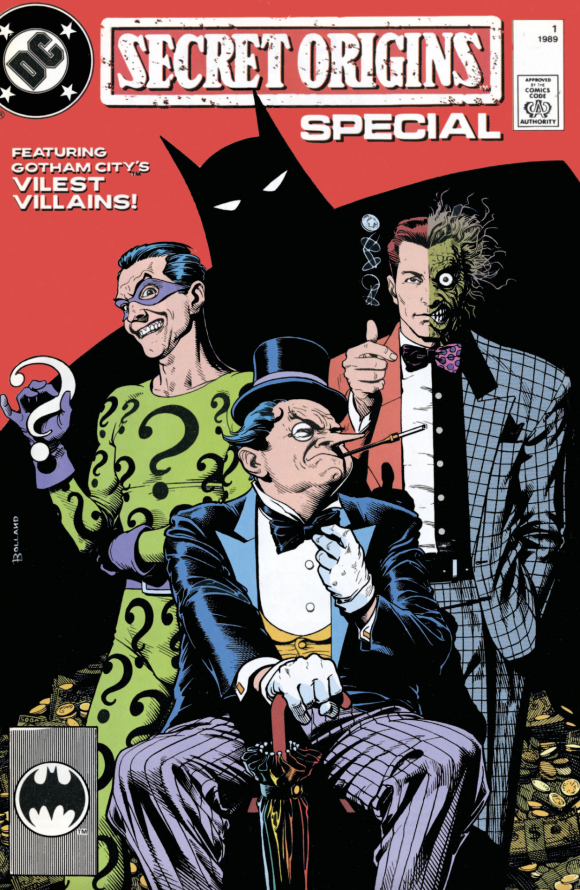 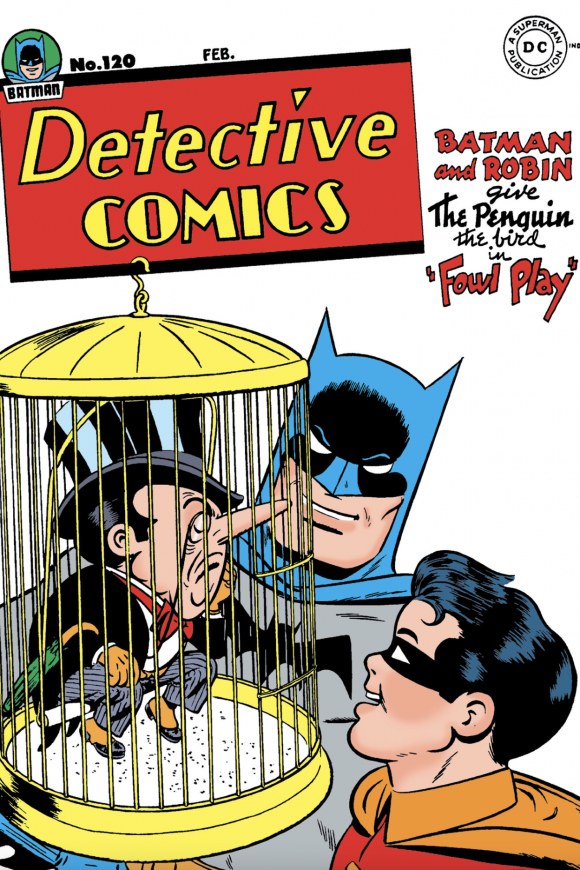 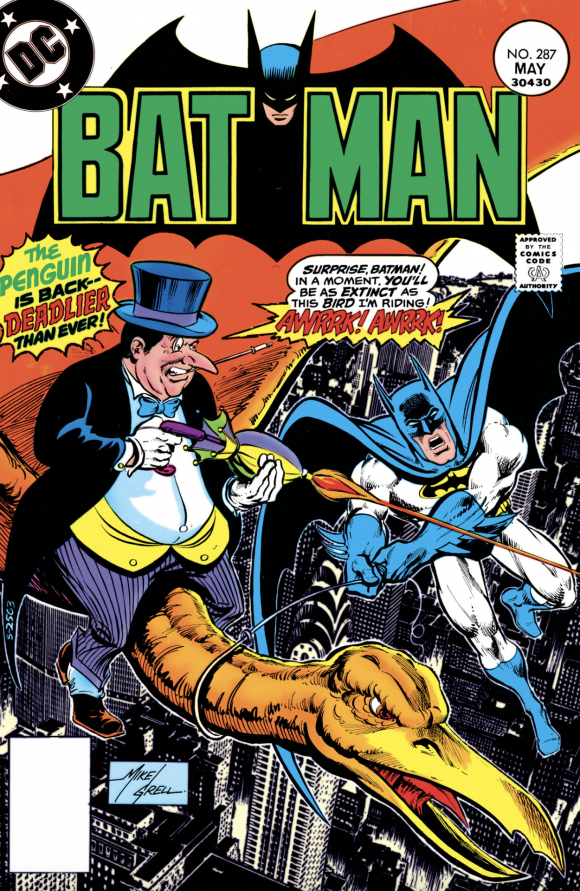 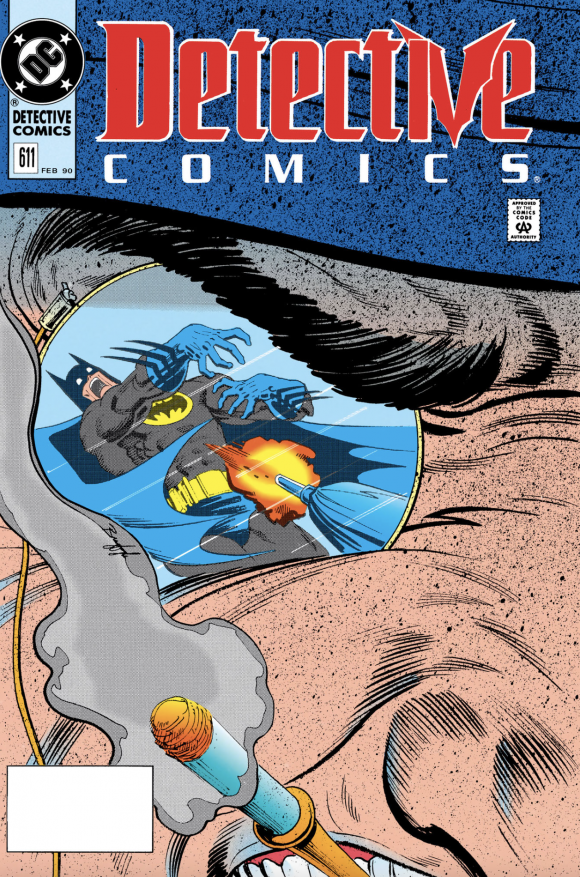 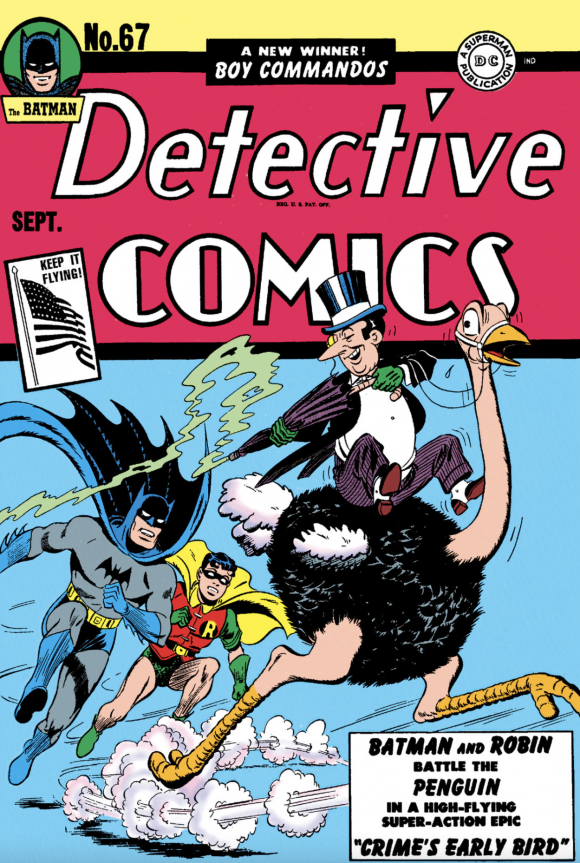 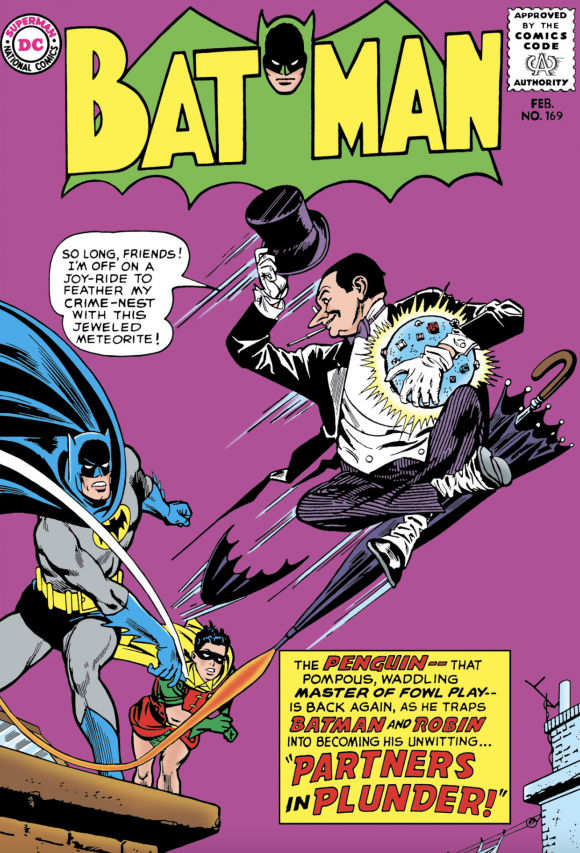