13 MIGHTY MOMENTS in the 50-Year History of SHAZAM! at DC Comics 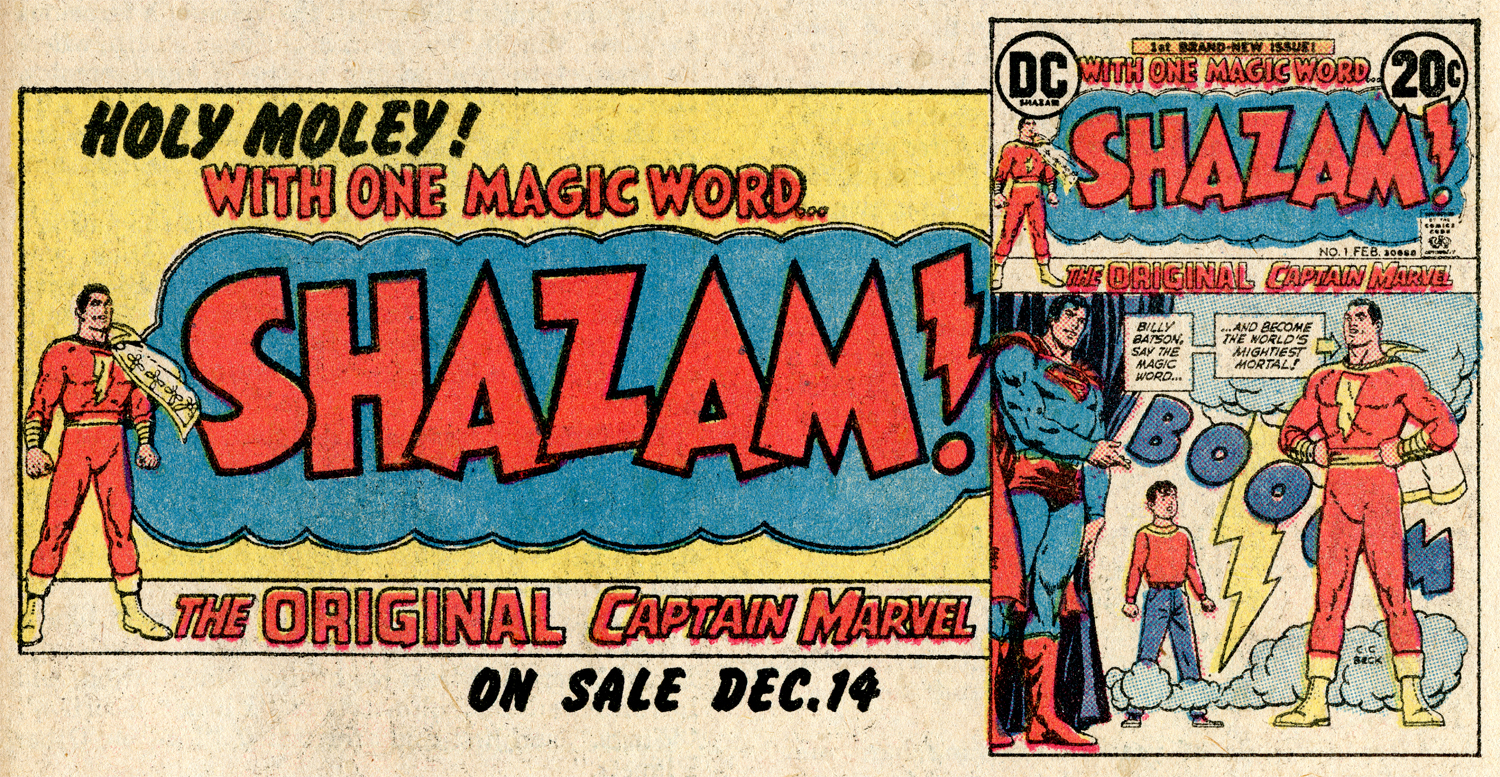 After Fawcett Publications retired the Big Red Cheese after a protracted lawsuit with DC and a declining comics market in the 1950s, Captain Marvel lay dormant. In 1972, DC revived the World’s Mightiest Mortal and since then Captain Marvel has had a tumultuous history these past 50 years with some highs and lows — but through it all, he has persevered.

Cap’s had four ongoing comics series. He’s headlined a TV series as well as a cartoon. His image has graced action figures, school supplies, toys, t-shirts, and Halloween costumes! And he’s starred in a major motion picture, with another on the way.

So here are 13 MIGHTY MOMENTS from the last 50 years! In chronological order:

1. Shazam! #1 (1973). Superman pulls the curtain aside to welcome Captain Marvel and Billy Batson to the DC Multiverse with art by Cap’s co-creator, C.C. Beck. Cap would get rebooted twice in Shazam! — the first time to mimic the TV show with art by the legendary Kurt Schaffenberger, and then to take on a modern look with art by Alan Weiss (before settling in with Don Newton in World’s Finest, which ranks amid the best of depictions). 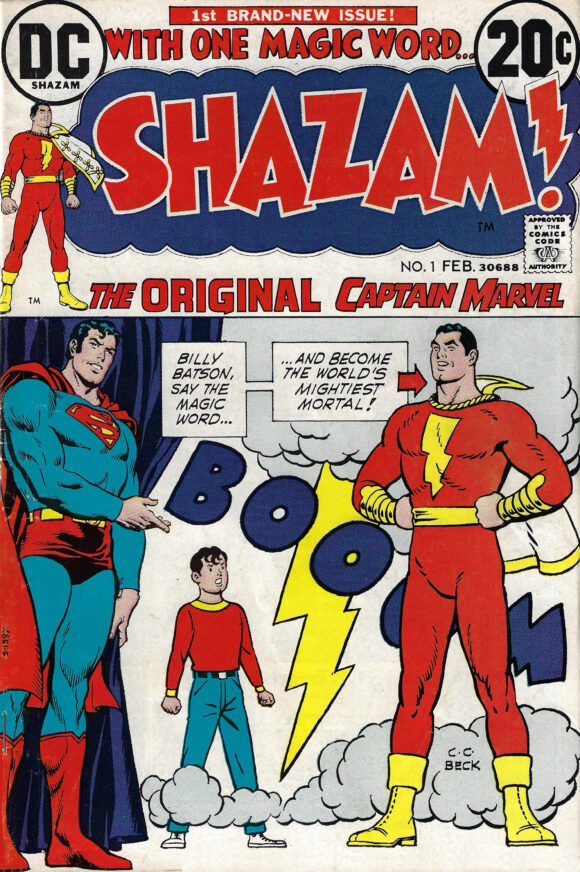 2. The Saturday Morning Shazam! Live Action TV Show (1974). Saturday mornings couldn’t get much better than watching the charismatic Jackson Bostwick take to the skies as the World’s Mightiest Mortal. Add to that the friendship of Billy Batson and Mr. Mentor played by Michael Gray and Les Tremayne as they traveled the back streets, horse ranches, national parks, and junkyards in Tujunga, California, in their lightning-bolt emblazoned Road America motor home. 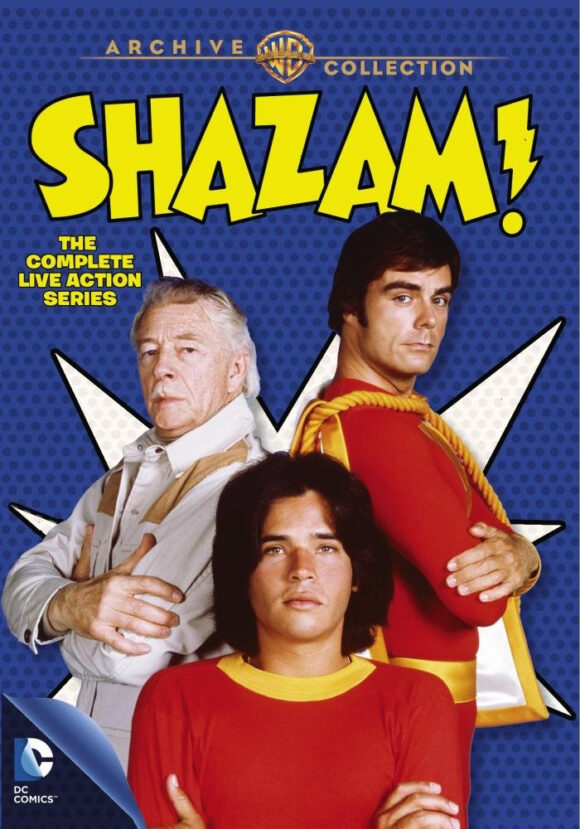 3. Superman vs. Shazam! (1978). It finally happened — the big battle between the Man of Steel and the World’s Mightiest Mortal, along with Mary Marvel and Supergirl! After a tease team-up featuring Captain Thunder (a pseudo-Captain Marvel) in Superman #276 (June 1974) and a 1976 Justice League of America three-parter, fans were champing at the bit for the main event. This tabloid-sized comic didn’t disappoint, with a story by Gerry Conway and art by Rich Buckler. 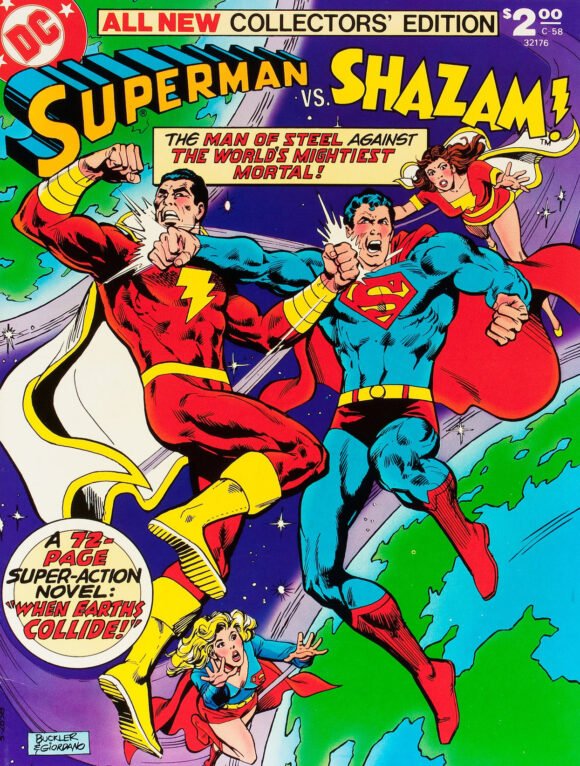 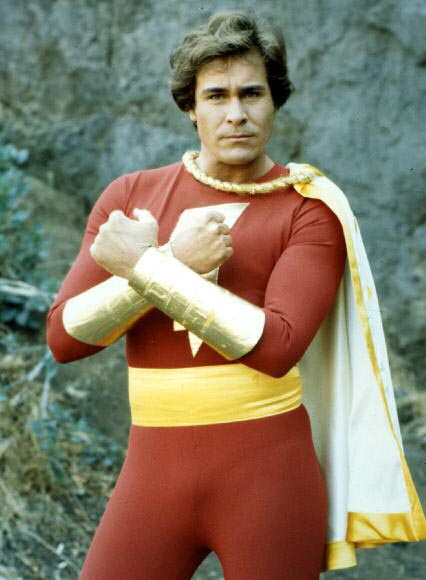 5. The Kid Super Power Hour with Shazam! (1981). The whole darn Marvel Family, including Uncle Dudley and Mr. Tawky Tawny,  turned up in 12 exciting animated adventures from Filmation! Unlike the live-action show, the cartoon featured the villainous Dr. Sivana and his kids, Mr. Mind, Black Adam, and Aunt Minerva! 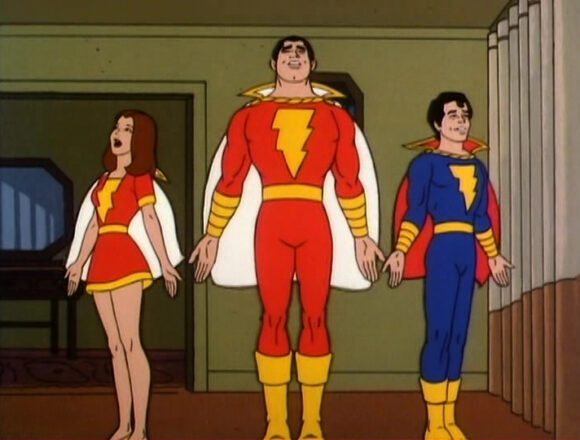 6. Legends; Shazam!: The New Beginning; Justice League (1987). 1987 was a banner year for Captain Marvel. His origin was retold in Shazam!: The New Beginning; he was a featured player in the Legends mini-series, which established a new status quo for the DC Universe, and he joined the Justice League in the new, merged continuity. This version of Cap was also featured in Action Comics Weekly. 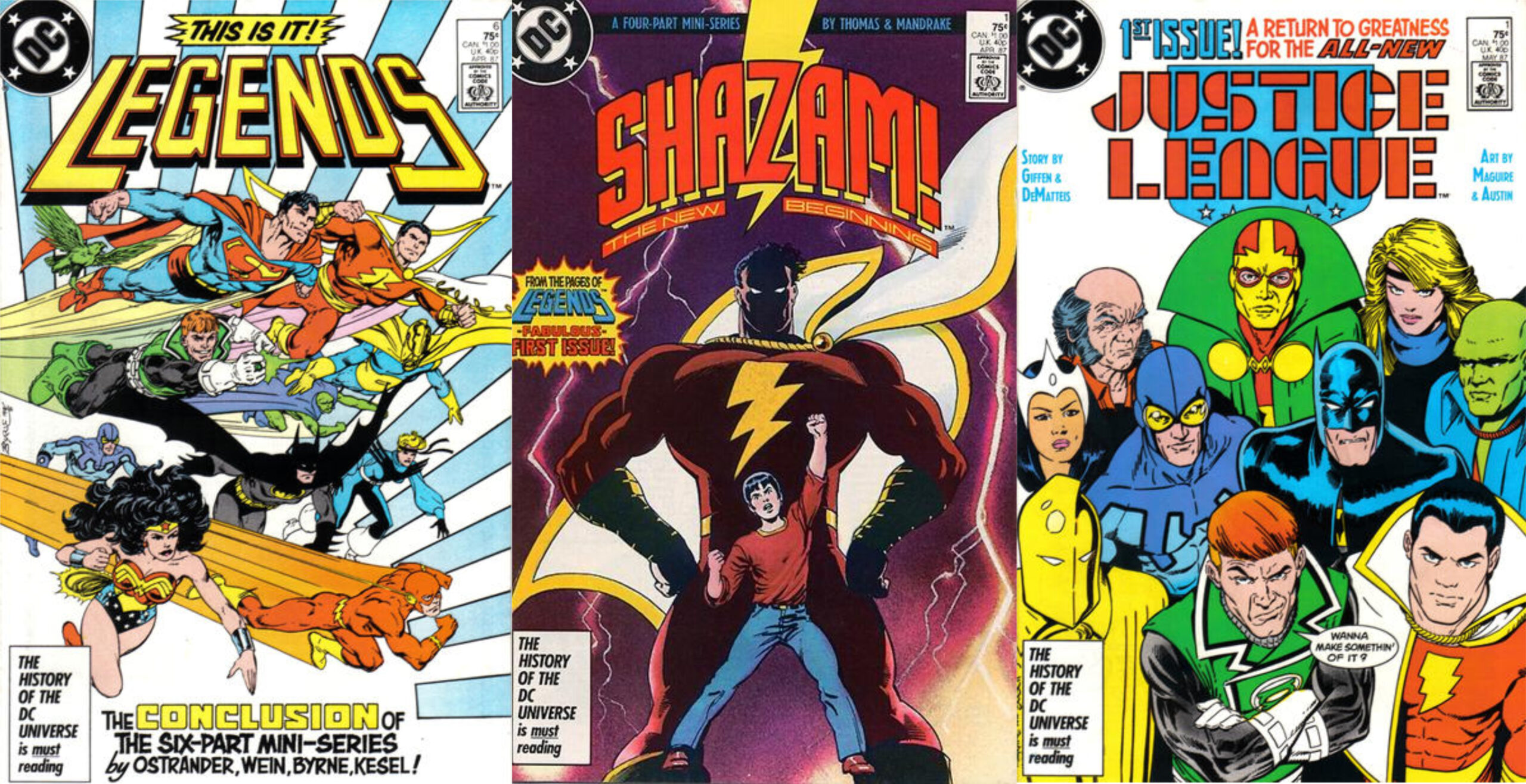 7. Panic in the Sky (1992). After a brief hiatus, the Big Red Cheese returned as a featured player in the Superman storyline Panic in the Sky. With on-model artwork by Jerry Ordway and Dan Jurgens, Cap never looked better and it set the stage for another reimagining of our hero. 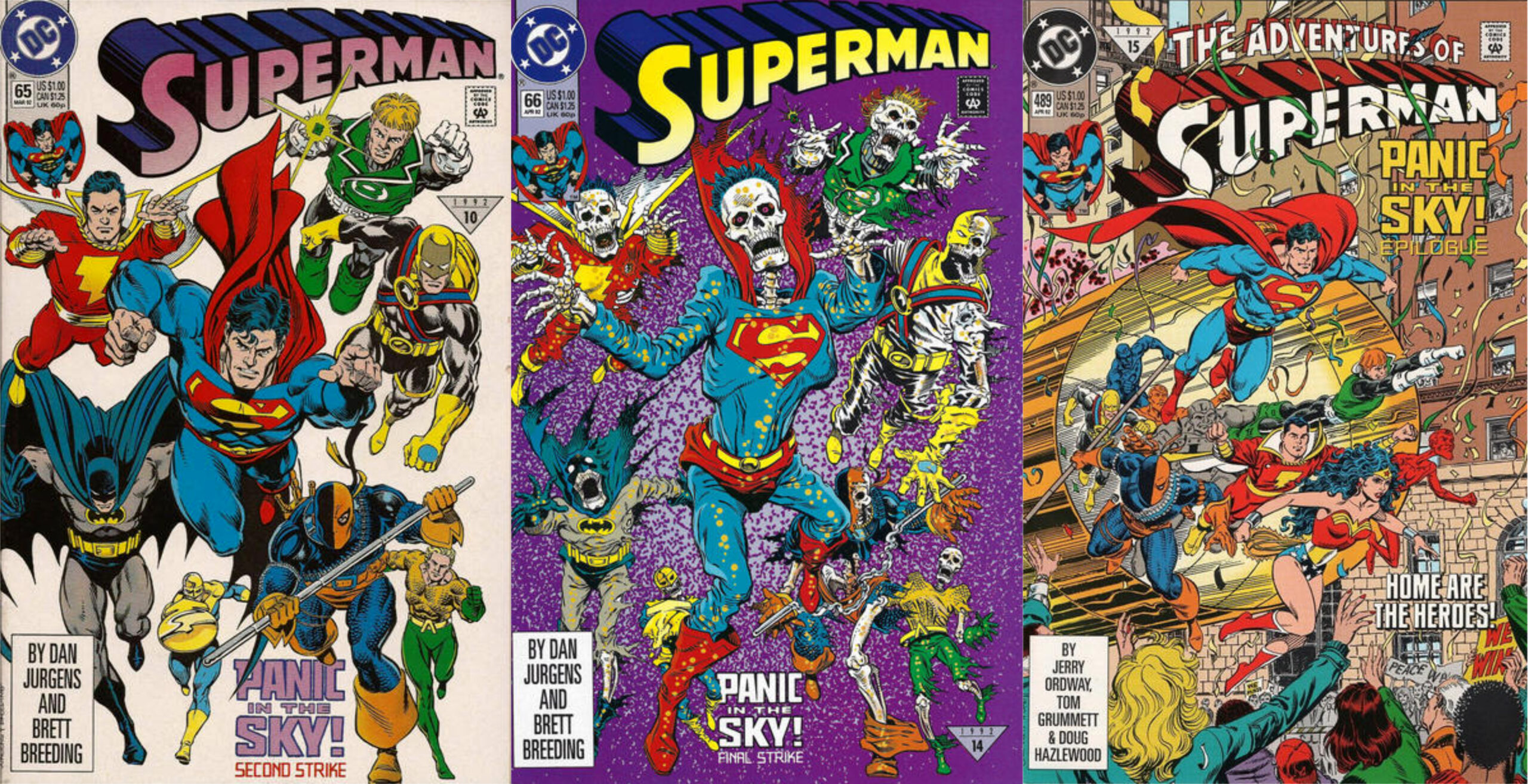 8. The Power of Shazam! After Jerry Ordway’s take on Captain Marvel in Panic in the Sky, fans were delighted to learn that Da Ordster was going to reboot the World’s Mightiest Mortal in a hardcover, painted graphic novel and it didn’t disappoint! The novel was followed up by a four-year ongoing series featuring stories by Ordway and art by Peter Krause, Curt Swan, Gil Kane, Dick Giordano, Mike Manley, with marvel-ous painted covers by Ordway himself. 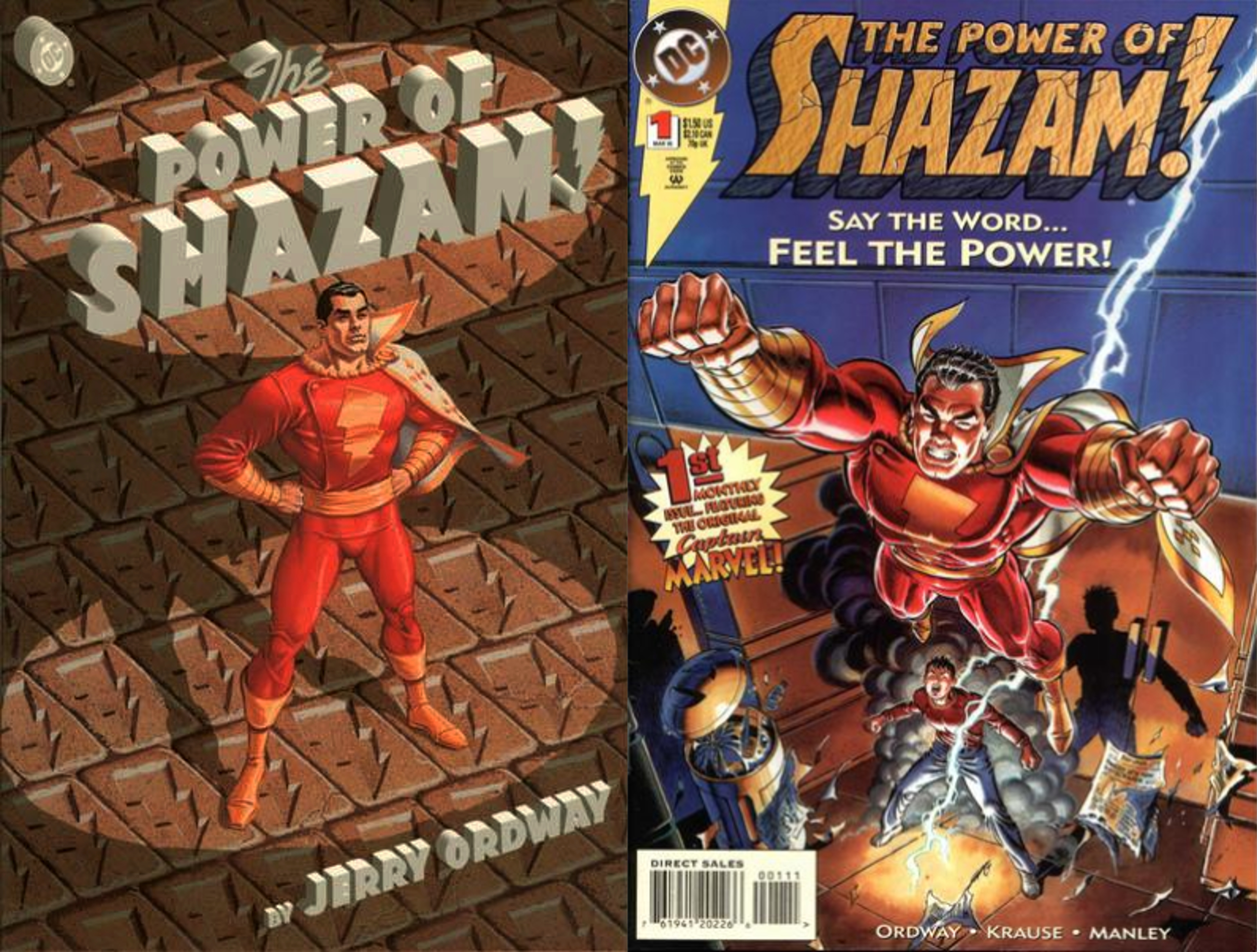 9. The Trials of Shazam! (2006). Writer Judd Winick and artist Howard Porter tried their hand at pushing forward the legacy of the Marvel Family in this 12-issue mini-series. Billy Batson was elevated to the role of wizard with Freddy taking on the moniker of Shazam and the costume of the World’s Mightiest Mortal. 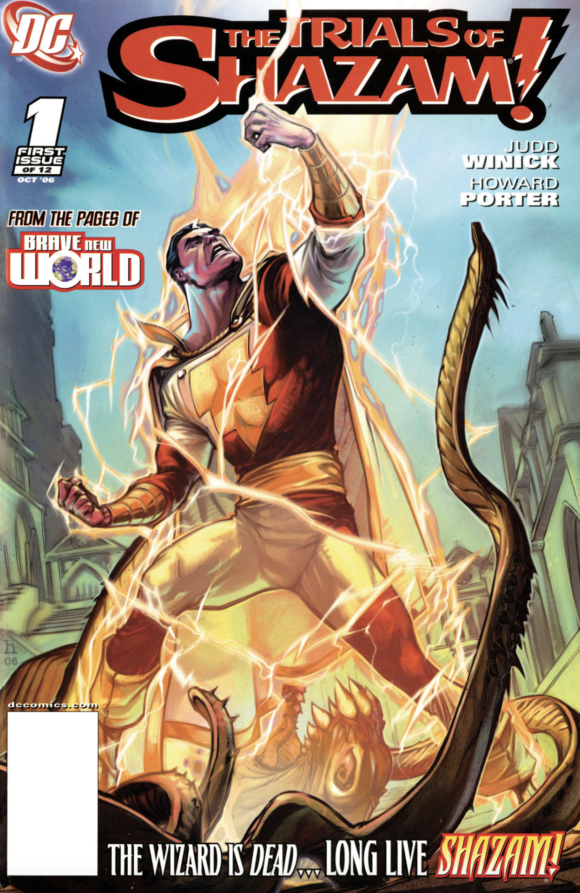 10. Shazam!: The Monster Society of Evil (2007); Billy Batson and The Magic of Shazam! (2008). Two out-of-continuity series followed The Trials of Shazam! The first was a four-issue mini-series by writer/artist of Bone fame, Jeff Smith, who reimagined the duality of Billy and Cap as two separate beings. And then over in the Johnny DC line of kids’ comics, Herobear & the Kid’s Mike Kunkel tried his hand with the Big Red Cheese and reimagined Mary Marvel as a 5-to-6-year-old. Early issues were plagued with lateness and after a few fill-in artists, Art Baltazar and Franco Aureliani took over as writers with Mike Norton on art. Norton’s dynamic pencils really made the series sing! 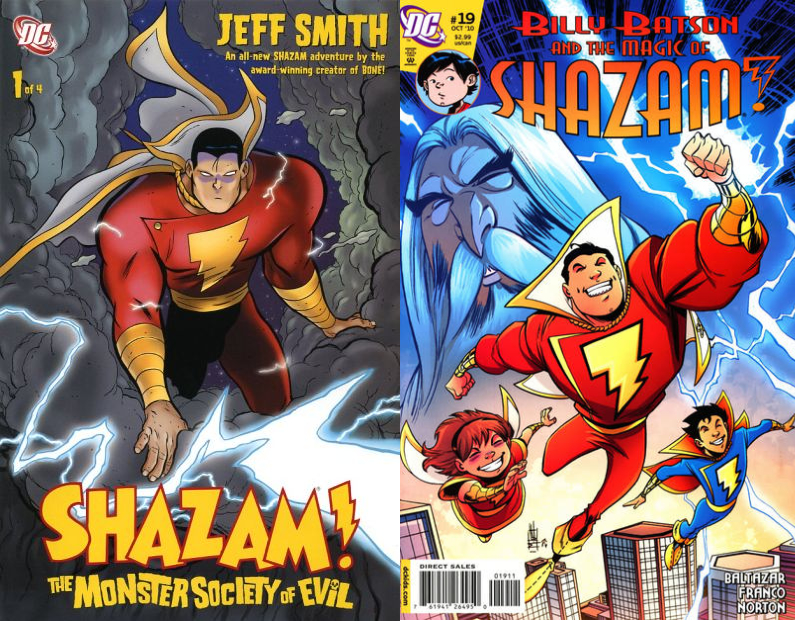 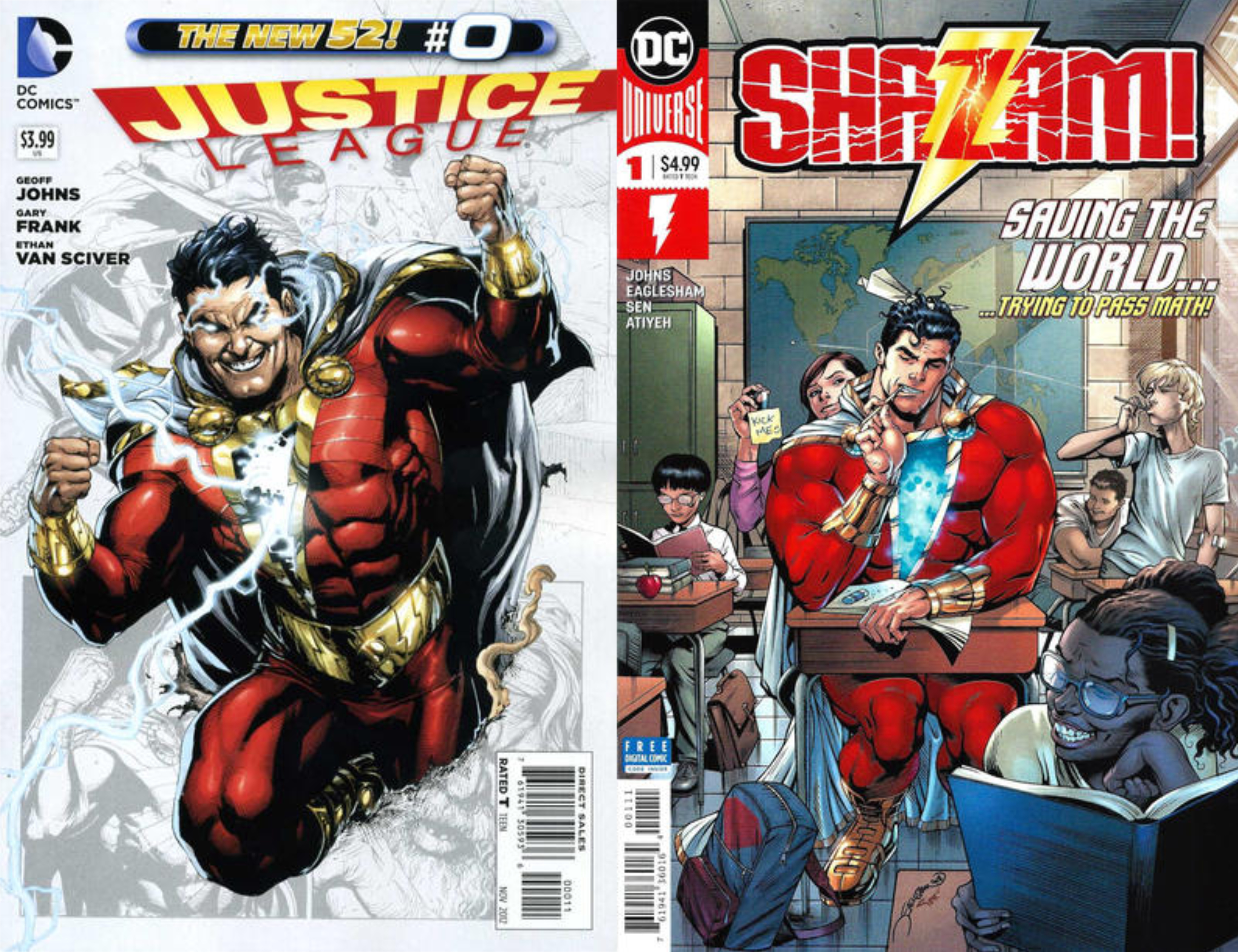 The great thing about Captain Marvel is that you can’t keep a good hero down and even though he’s tweaked here and there every few years, the idea of a kid turning into an adult superhero is timeless!