Imagine If DC’s 1970s SHAZAM! Comic Went All in On the TV Show

Home » COMICS HISTORY » Imagine If DC’s 1970s SHAZAM! Comic Went All in On the TV Show

Chosen from among all others by the Immortal Elders… 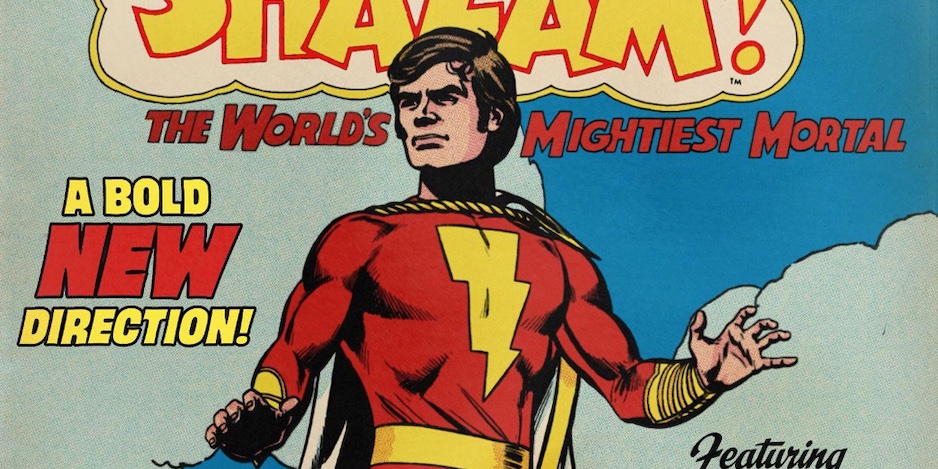 When DC started publishing its Limited Collectors’ Edition superhero tabloids in the summer of 1973, I was overjoyed — especially because they kicked off the reprints with the World’s Mightiest Mortal, himself — Captain Marvel in Issue #C-21. Sure, it was technically the second LCE since there was an earlier edition featuring reprints of Rudolph, The Red-Nosed Reindeer — but the series really didn’t get started in my young mind until I saw that stunning C.C. Beck cover on display at my local drug store showcasing Billy and Cap! I snatched it up and beat it the hell out of there and then beat the hell out of it reading and re-reading it all through the summer. 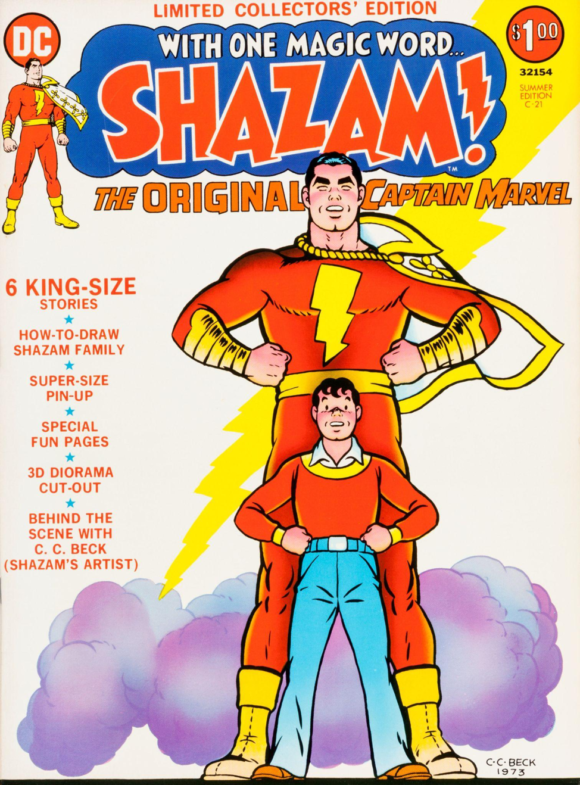 Thankfully, I didn’t have to wait long for another volume of Marvel Family stories. There was #C-27, with its beautiful Bob Oksner Cap and Billy on the cover, and then that amazing photo cover featuring the Saturday morning superstar, Jackson Bostwick, as the Big Red Cheese on #C-35. 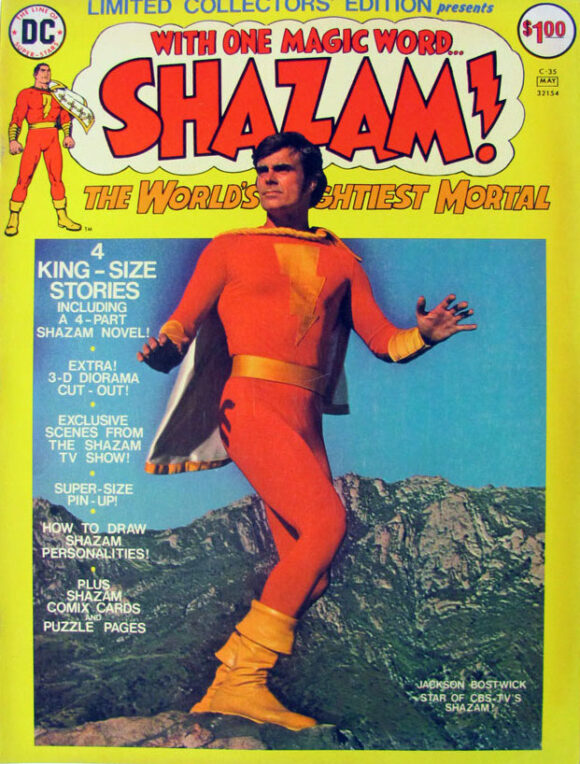 One of the really cool things that made those early LCEs special was the inclusion of cut-out table-top dioramas on the back covers. I can’t imagine how many tabloids were ruined by kids trying to assemble one of those and how many swear words were uttered by those same kids when trying to make those intricate trims with a pair of grade school scissors!

Almost 50 years later, armed with an 11 x 17 scanner and LaserJet printer, I don’t have to worry about ruining any DC tabloids, but it’s still no easy task trying to contort my hands while using an X-Acto blade, or using ultra-sharp right-handed scissors as a sinister-handed person. Other than that, they’re now relatively easy to do.

The diorama of #C-35 featured a line drawing of the publicity photo of Jackson Bostwick as Captain Marvel that was used for the cover and it’s really nicely done. For the longest time, I had to idea who drew that piece until I stumbled across a low-res copy of the original art. 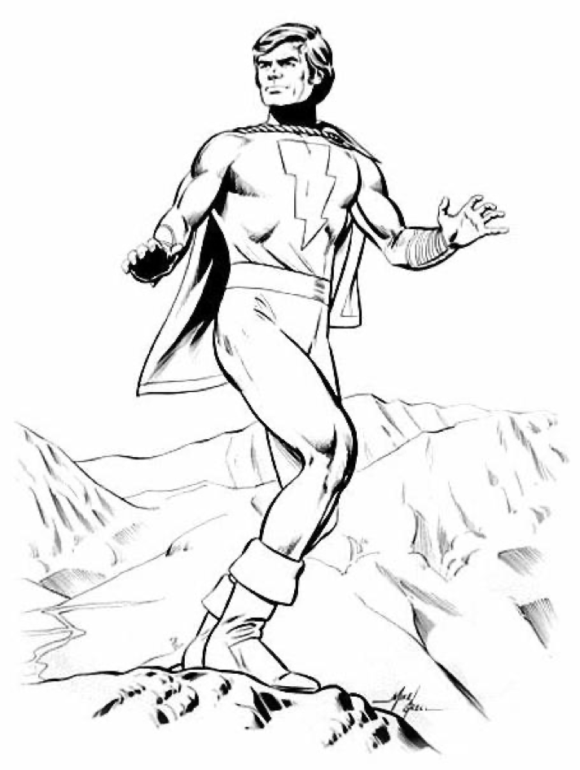 Holy Moley! It was drawn by one of my favorite artists of the 1970s, Mike Grell! Grell was a member of that elite group of artists who drew every DC character perfectly. It was no wonder I always loved that back cover.

Well, it was time to get scanning, printing and cutting. I only made one tiny change and that was to color the S-H-A-Z-A-M tabs the same color as the background. After that, and with a little patience, it didn’t take too long to put together the diorama. 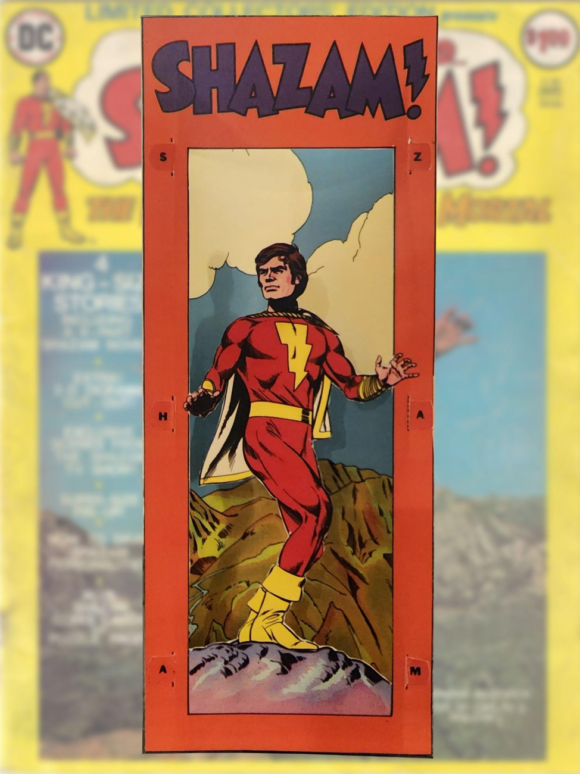 But it got me to thinking… what was stopping me from making a diorama of the photo cover of LCE #C-35? Not a thing! It was just a matter of trimming Jackson Bostwick out of the cover and using the clone tool to fill in the background. 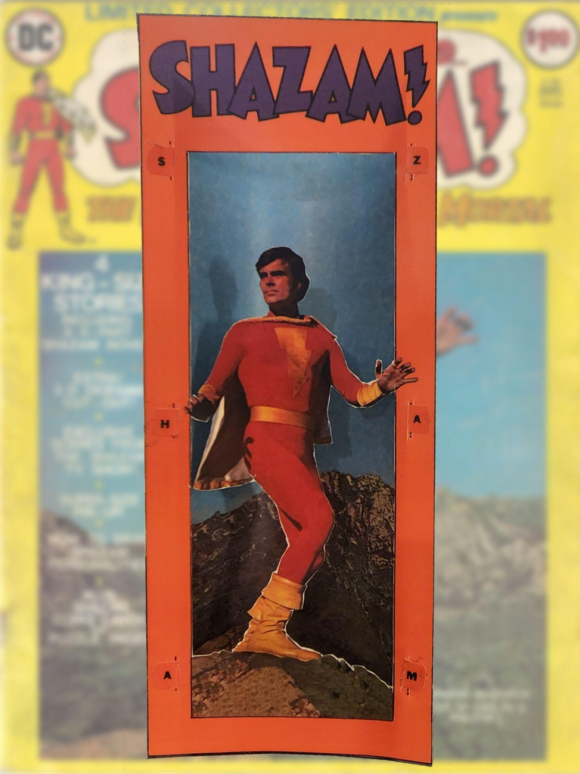 And then it got me thinking again! About three-quarters of the way through the original 1973 Shazam! comic run, DC decided to retool it and bring it in line with the successful Saturday morning TV show! They added Uncle Dudley as a surrogate Mentor (frankly, I always thought Mentor was the wizard, Shazam, with a close shave and an impeccably trimmed mustache — I mean, really, who wouldn’t make a better Mentor) as he and Billy traveled around the country a la Cap’s city stories back in the Golden Age!

But what if DC had gone all in on bringing the TV show to the comic and had the art take on a more screen-accurate approach? It was about time Grell’s wonderful art served as the cover for a Shazam! issue, so I got to it: 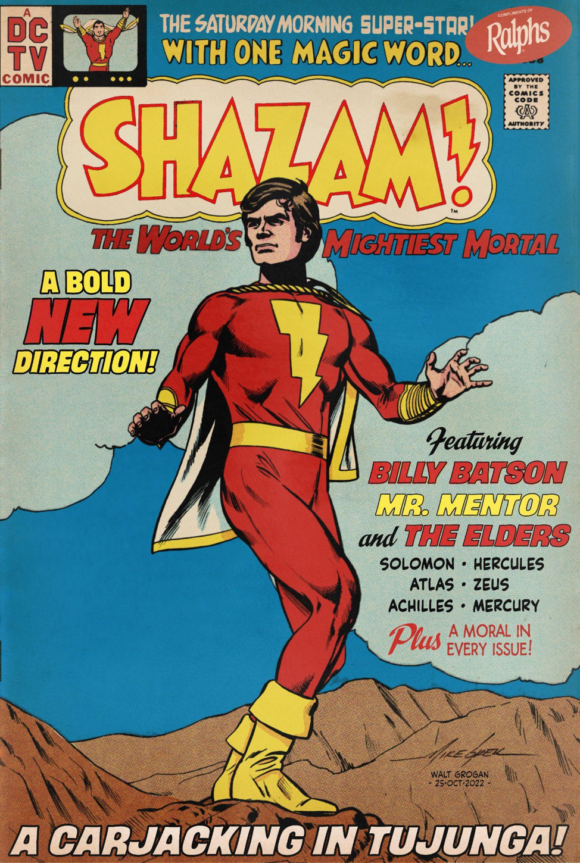