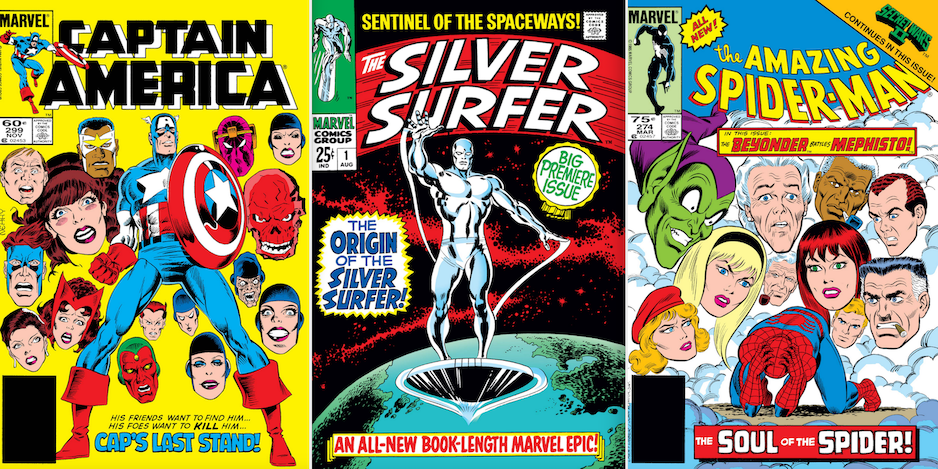 We dig Epic Collections around here — in fact I’d say it’s my fave trade collection program from either DC or Marvel.

Of course, nothing is perfect. For example, ECs are not published in chronological order so it can be patchwork to pull a complete collection together. Not only that, there are some editions fans would love to see that Marvel has not released yet. 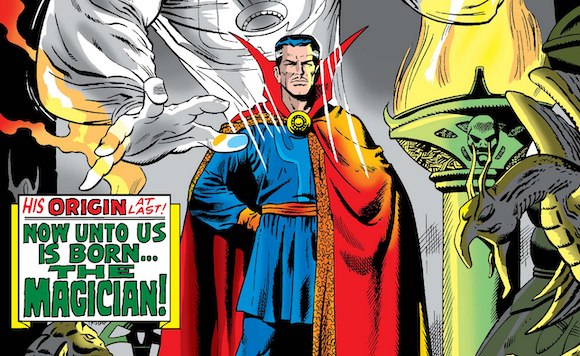 So I’ve recruited Kurtis Findlay from the Epic Marvel Podcast to round up the 13 MARVEL EPIC COLLECTIONS WE WANT TO SEE.

These aren’t re-releases — we’ll get to them soon enough. Nope, these are all books that have yet to see the light of day — but need to. (And none of these are on the list of upcoming year-end releases Kurtis helped reveal last week.) 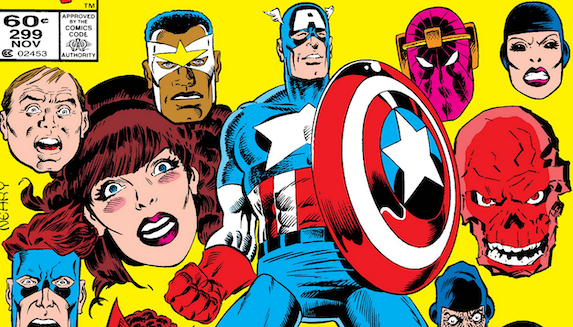 Over the past several years, Marvel has been plugging away at releasing their entire comic history through an imprint called Epic Collections. Readers of this site are certainly not strangers to Epics and how amazing they are.

One of the main selling points (or frustrations) of the Epic Collection line is that they are released out of order to cover material that hasn’t yet been collected, to tie-in with the current movie characters, or to keep popular storylines in print. This means that we can’t just expect the next chronological volume in the series. However, this also means that we can play fun guessing games about which volumes they will publish next!

The following list includes 13 Epics that Marvel needs to release ASAP. I know that there are some major creator runs that haven’t even been touched yet, like Miller’s Daredevil, Byrne’s Fantastic Four and Simonson’s Thor, and yes, I know that they are must-haves, but I am overlooking them in favor of content that isn’t kept in continual print by Marvel in one form or another. Here we go in no particular order – 13 MARVEL EPIC COLLECTIONS WE WANT TO SEE:

Captain Marvel, Vol. 1. The Epic Collection has almost entirely covered the 1960s with Captain Marvel being one of the last remaining titles yet to receive its own line. I would love to see the green suit Gene Colan years published in Epics and then they should jump to the volume following the material found in the Captain Marvel by Jim Starlin Complete Collection. They can loop back to the Starlin stuff later. 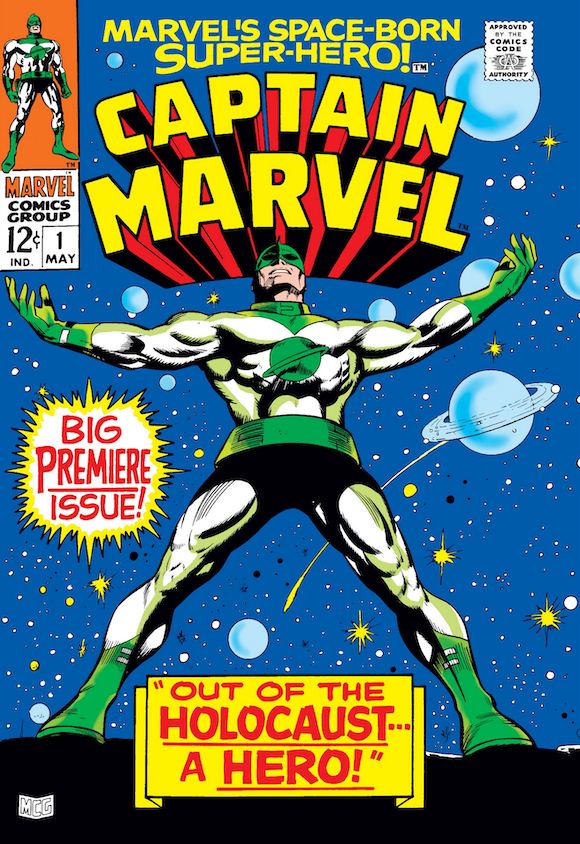 Ghost Rider, Vol. ?. Ghost Rider had a long-running series through the Marvel monster craze of the ’70s, and then again in the edgy era of the ’90s. Since Ghost Rider has recently been getting the Marvel Masterworks treatment starting from the beginning of the first series, I would like to see Marvel start their Ghost Rider Epics with the Danny Ketch era by Howard Mackie in the ’90s, a series that has barely been reprinted. Then maybe alternate between a ’90s volume and a ’70s volume. I haven’t done the mapping so I don’t know what volume number this would be. 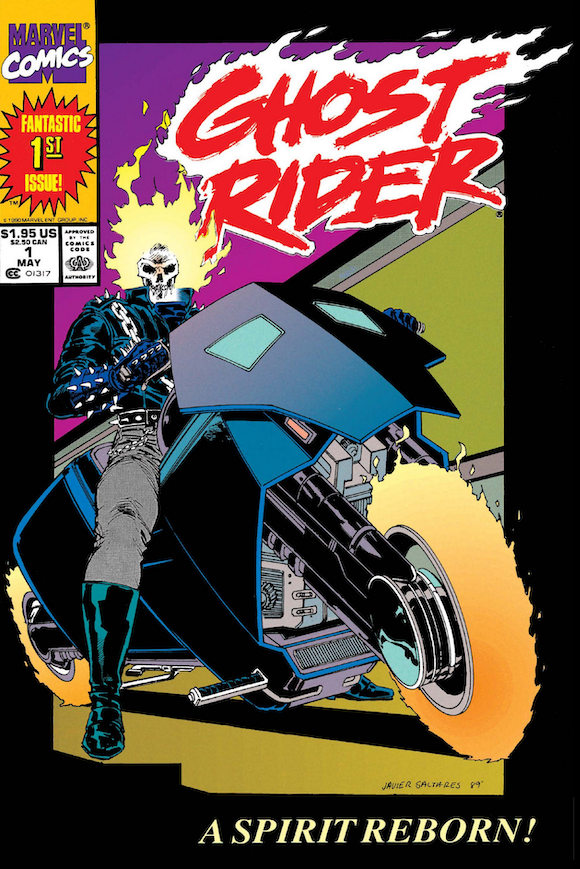 The Defenders, Vol. 1. Marvel chose to publish the back half of the classic Defenders series first, starting when JM DeMatteis took over writing duties. This made many fans happy, especially when the final volume was released, collecting at last the remaining few issues of the series that the Marvel Essentials never reached before that line got cancelled. I know a Defenders Omnibus is coming, starting from the very beginning of the series, but Marvel didn’t publish a Defenders Epic in 2020 and there isn’t one scheduled yet in 2021. It’s time for Steve Gerber’s Defenders! 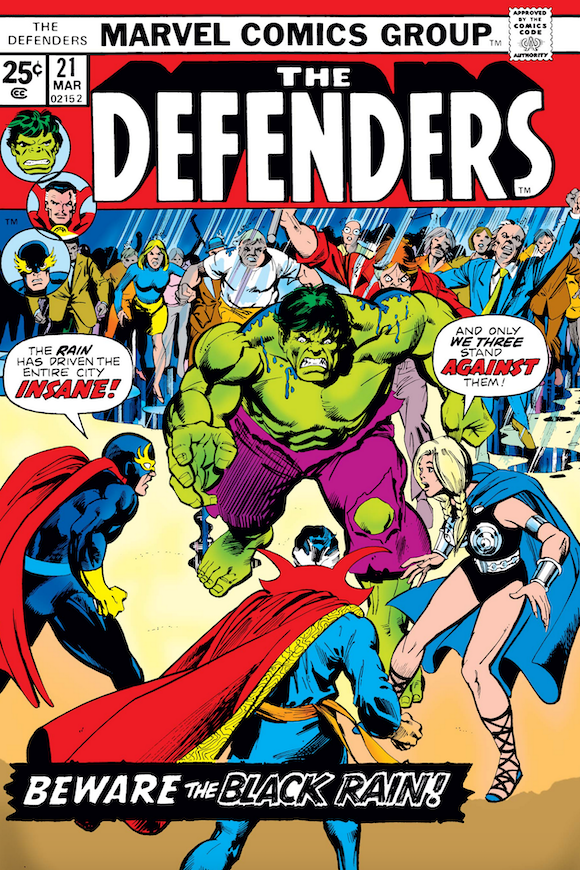 Amazing Spider-Man, Vol. 16. A few years ago, the Epic Collection line seemed like such a patchwork of random volumes. But now we’ve gotten to the point where so many have been released that we are starting to see some long, unbroken runs. Currently we have Amazing Spider-Man 15 and 17-22. If we can just get Volume 16, we’d have an 8-edition run of a hundred issues (#259-360)! Plus, this would finish up collecting the DeFalco/Frenz run and Jim Owsley’s infamous Gang Land story. 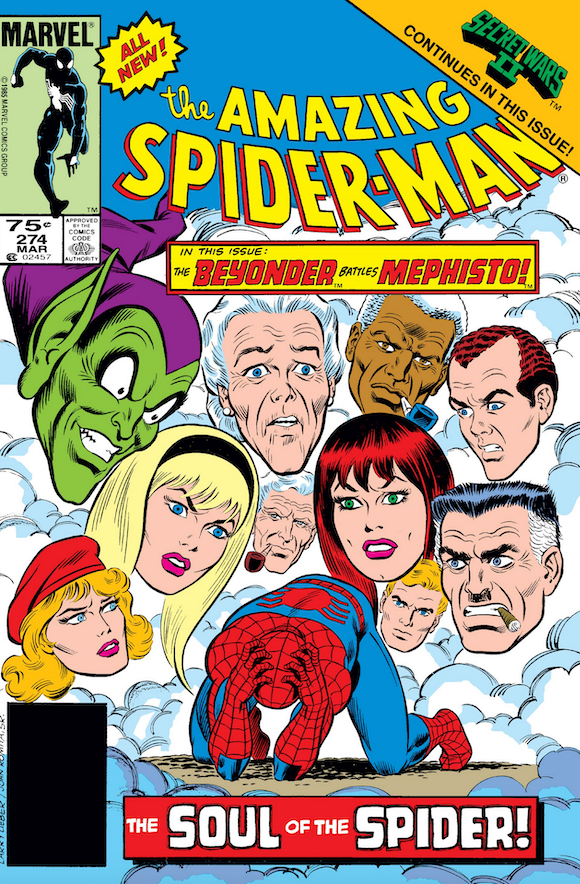 Silver Surfer, Vol. 2. The Sentinel of the Spaceways was Stan Lee’s baby. He poured everything into that character, refusing to let anyone else write his solo adventures until he finally relented in the ’80s. Stan’s Surfer series from 1968 fits perfectly in one Epic-size volume. We know this material is popular. The omnibus was recently reprinted. It is time to get this in paperback. Just like Captain Marvel, this is one of the holes in the 1960s that Epics need to fill. 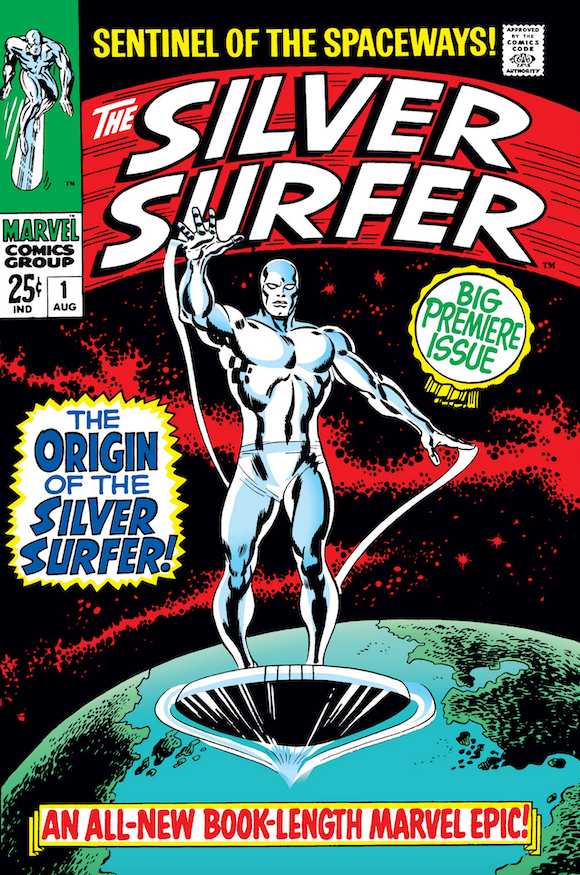 Dr. Strange Vol. 2. Yes, you are going to see a lot of ’60s material on this list. There are plenty of underrepresented eras in the ’70s and ’80s, but the ’60s are just so important to the overall big picture that it is better to get this stuff out sooner than later. Volume 2 includes the return of Stan Lee to the title, the beginning of Roy Thomas’ long association with the character, and beautiful art from a handful of classic Marvel artists such as Bill Everrett, Marie Severin and Dan Adkins! 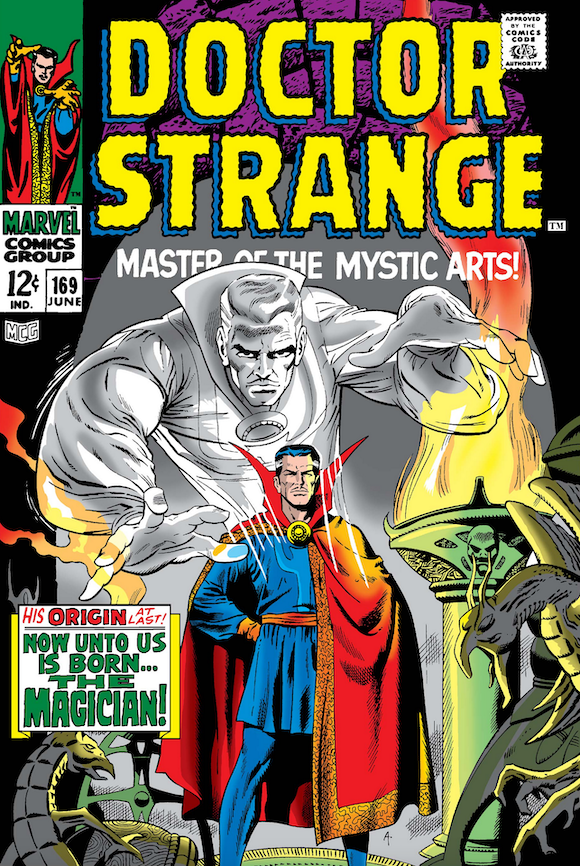 Ant-Man/Giant-Man, Vol. 2. Marvel released Ant-Man/Giant-Man Vol. 1 in 2015 to tie-in with the movie. Six years later and there hasn’t been a Volume 2! Nothing was published when Ant-Man and the Wasp hit theaters. Maybe it will come with Ant-Man and the Wasp: Quantumania, but that is still a long time away! It should come now and not wait for another movie. This volume would contain the remaining Tales to Astonish issues, as well as the contents of Ant-Man Masterworks Vol. 3, featuring Bill Foster (why wasn’t Vol. 2 published alongside Ant-Man and the Wasp??) and the origin of Scott Lang! Other seemingly forgotten Epic lines include Sgt. Fury and Marvel Two-In-One. I would welcome follow-up volumes for either of these as well. 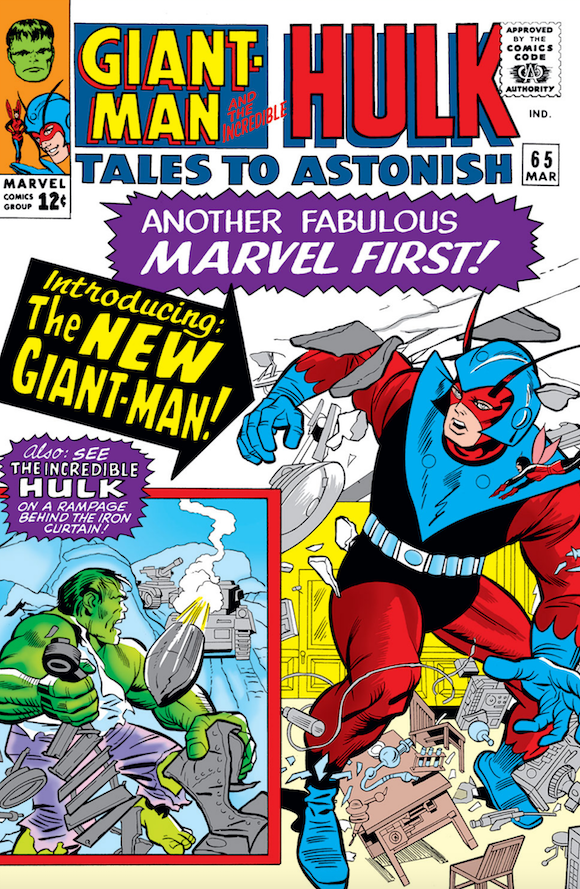 Nick Fury, Agent of SHIELD, Vol. 2. OK, one more ’60s book for the list. In recent years, there have been two very successful SHIELD by Lee and Kirby and SHIELD by Steranko Complete Collections. But Nick’s own ongoing series that followed the material in those collections hasn’t made it to paperback. You can only get it in the SHIELD Omnibus. Marvel probably is well aware that the series doesn’t stand on its own merits, which is why the Complete Collections namedrop the Mount Rushmore of Marvel Comics, but the Epics are for filling those holes of less desirable material. Let’s see this line started. Captain America, Vol. 11. Like Spider-Man Vol. 16, this edition would plug a hole that would create a massive 10-volume run of 163 issues (#247-410)! Not only that, but it would conclude the never-before-reprinted JM DeMatteis run, as well as the fantastic Death of the Red Skull story! We need this volume and we need it ASAP! 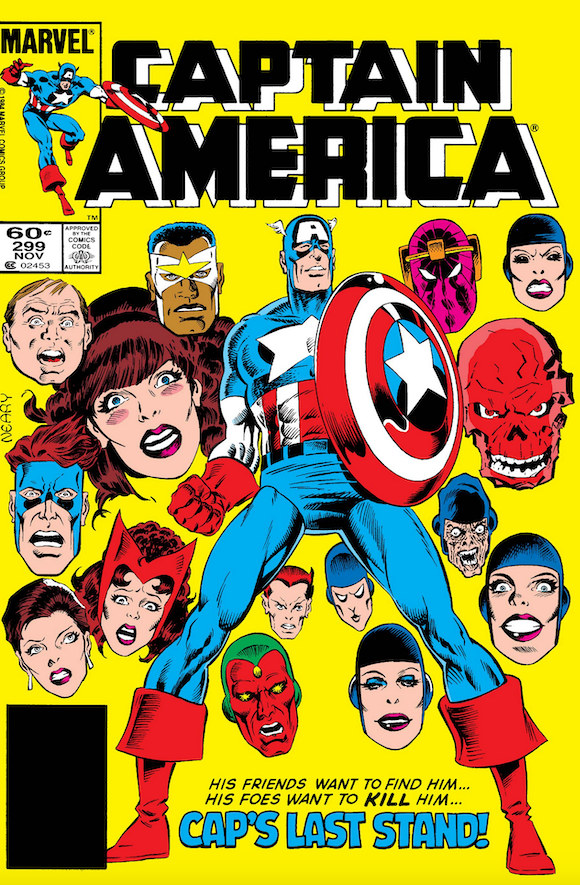 Moon Knight, Vol. 4. If we never get another Moon Knight Epic Collection, at least we have the first three volumes that collect the classic Moench/Sienkiewicz series from the ’80s. However, there is so much ’90s Moon Knight that has never been reprinted that it would be a real shame if Marvel decided to end the line there. The ’90s series, titled Marc Spector: Moon Knight, starts out with a bang with a run of great issues by Chuck Dixon. This volume would also collect the six-issue Fist of Khonshu miniseries. 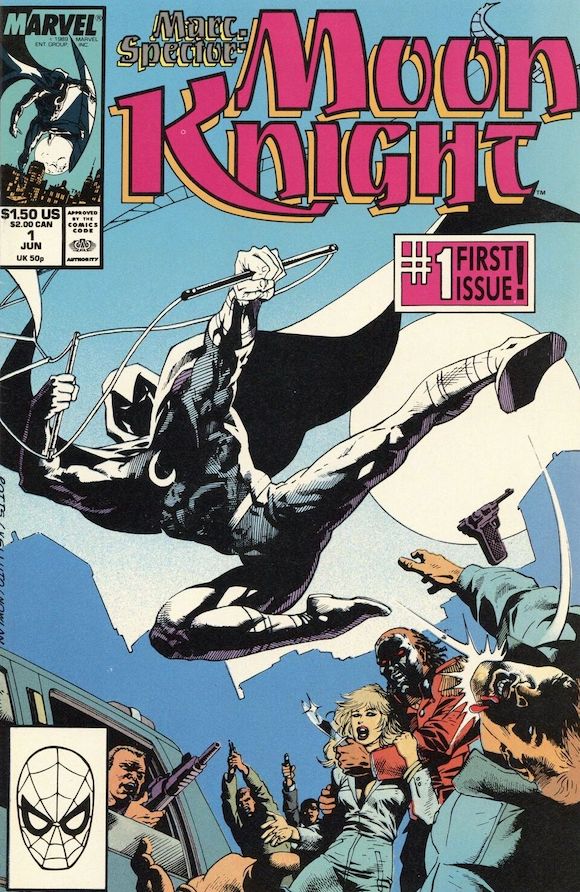 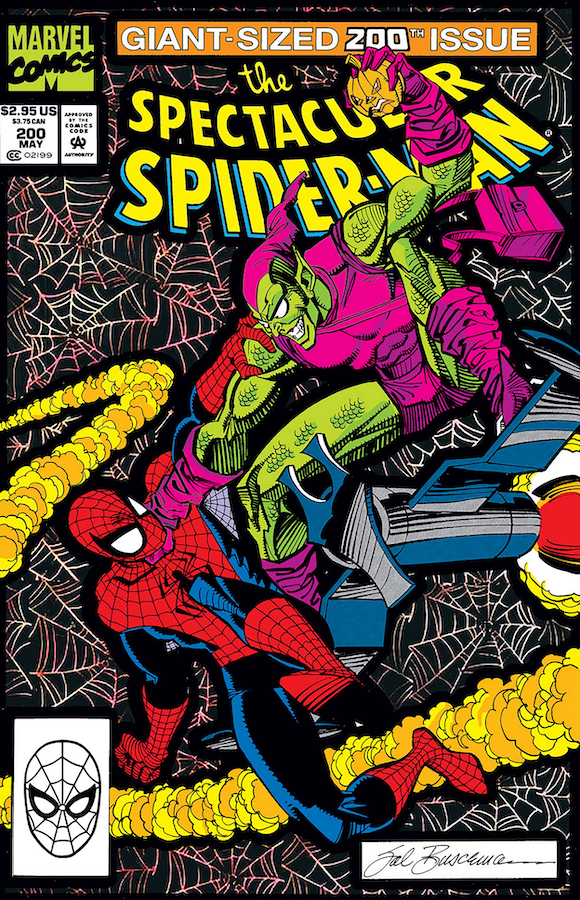 Marvel Team-Up, Vol. ??. Speaking of secondary Spider-Man titles, Marvel Team-Up is a fan-favorite that really needs a comprehensive collection aside from the high-end Masterworks that are taking forever to publish. I would start at Issue #101, the start of DeMatteis’s run. Why does that guy’s name pop up so much? He is a great writer, but Marvel overlooks his runs in favor of “bigger” name talent. Let’s fix that by launching Marvel Team-Up Epics with his run, just like they did with Defenders! Alien, Vol. 1 and Predator, Vol. 1 (tie). Just so you don’t think I’ve forgotten that the Epic Collection line includes non-Marvel material, I am suggesting that the publisher start cranking out the recently acquired Alien and Predator comics originally published by Dark Horse. The line has proved to be a suitable home for Dark Horse Star Wars and Conan comics, so it just seems natural to fold these two properties in here as well. I have never read an Alien or Predator comic in my life, but I am a big fan of (most of) the movies, so I would welcome the Epics! Heck, let’s throw Indiana Jones in here as a runner-up while we’re at it!