The Golden Age great was born 108 years ago… 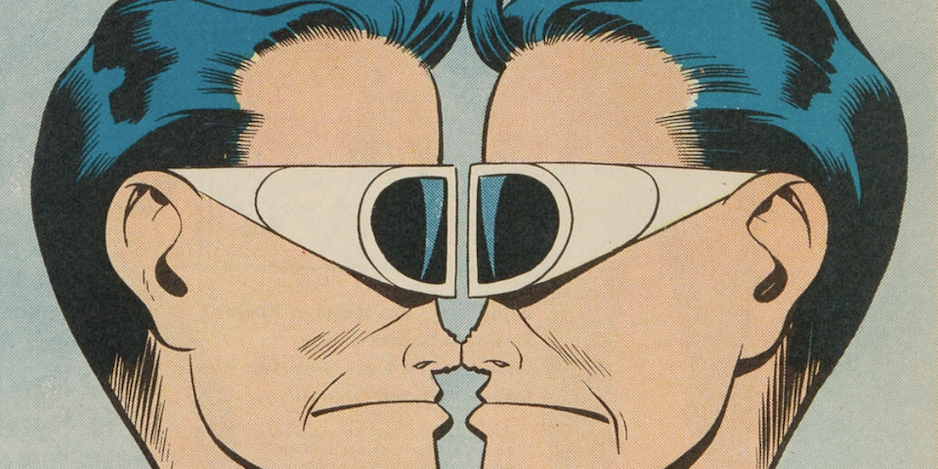 The delight that comes from Jack Cole’s covers and splendid pages of Plastic Man was truly captured last year by columnist Paul Kupperberg in his birthday tribute to the artist (born Dec. 14, 1914).

The great news is that there are more where those came from! Here are 13 additional Jack Cole covers and splash pages, including several from another Cole creation, Midnight, who appeared in Smash Comics for Quality. (Midnight may look like the Spirit, which is what the publisher demanded, but it was a totally different character otherwise and the tales, which included supporting characters Doc Wackey and Gabby, a talking monkey, were fun Jack Cole storytelling through and through.) 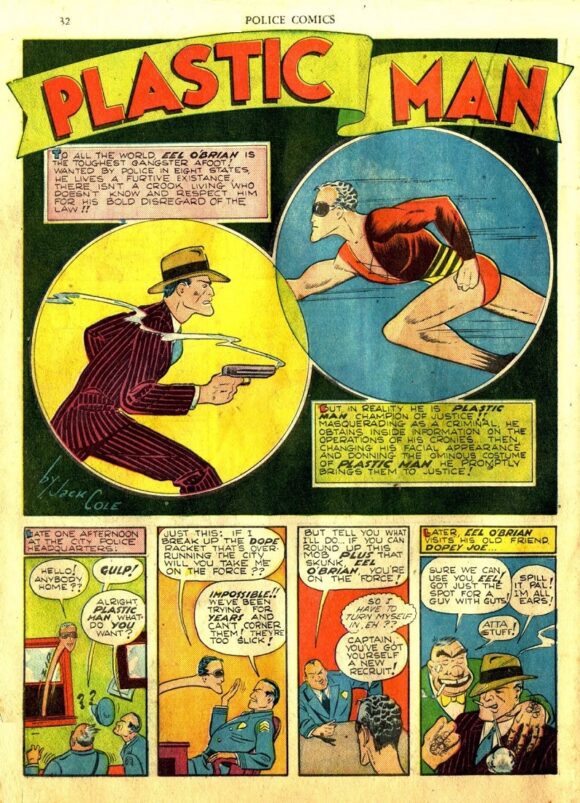 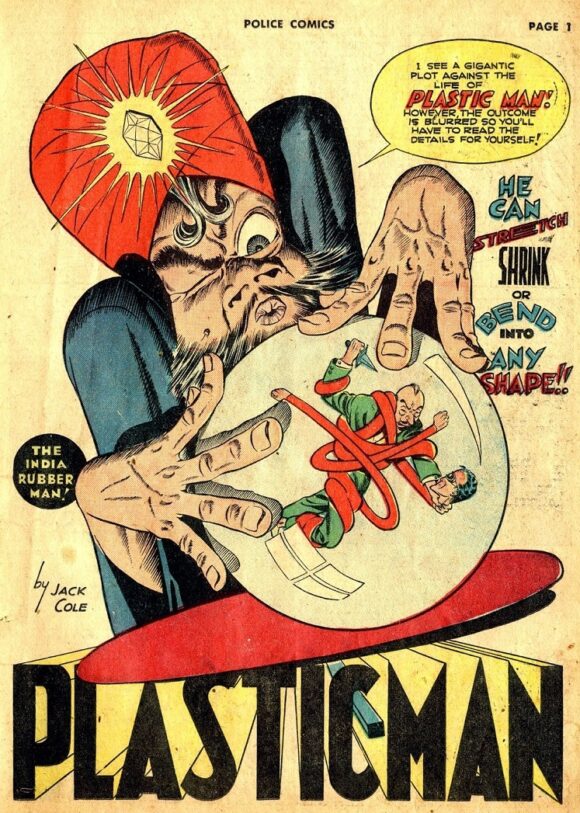 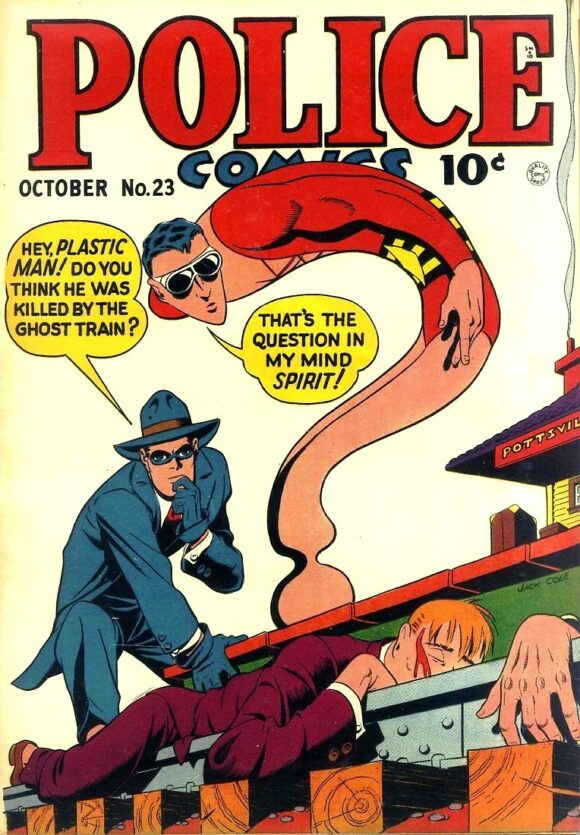 Police Comics #23 (Oct. 1943). Cole was used to drawing the Spirit as he had ghosted the daily newspaper strip after Will Eisner was drafted into World War II. 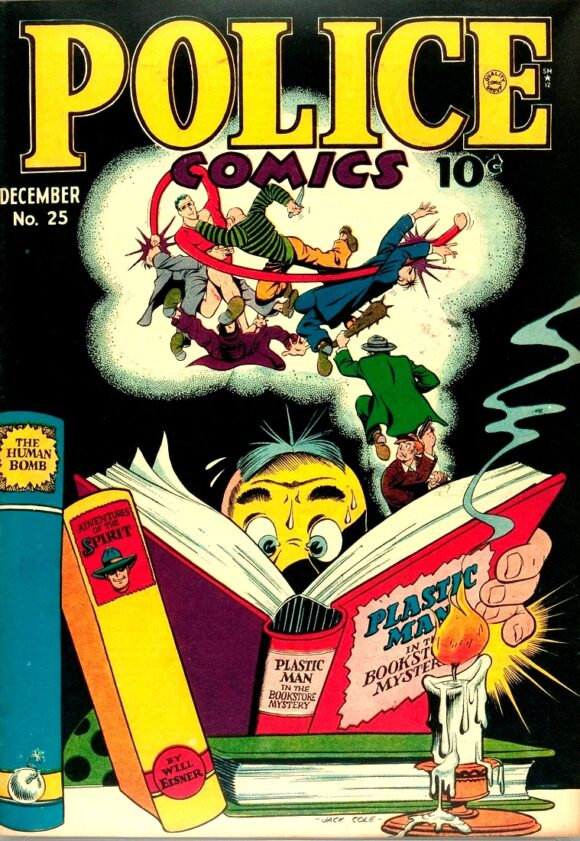 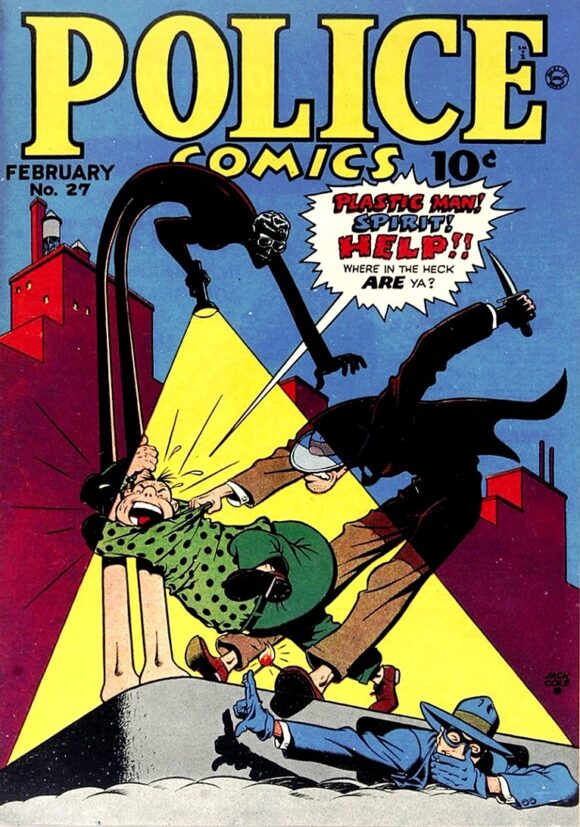 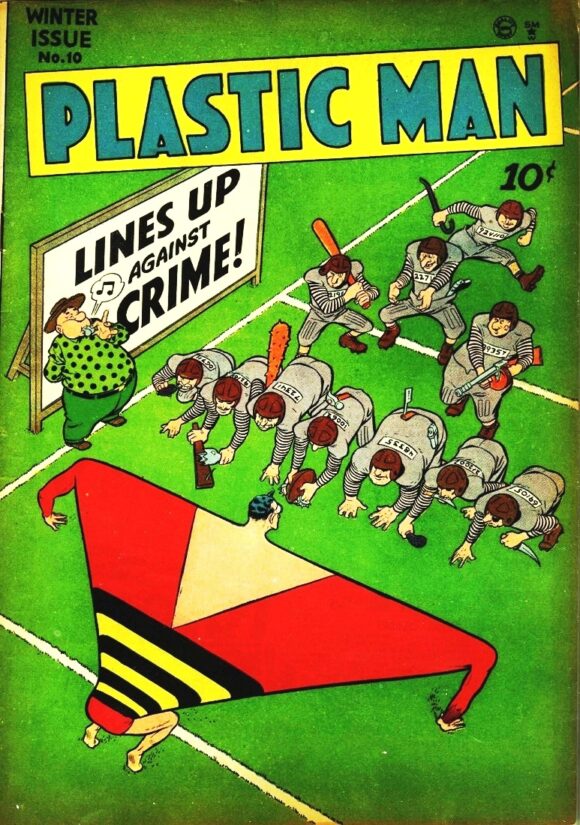 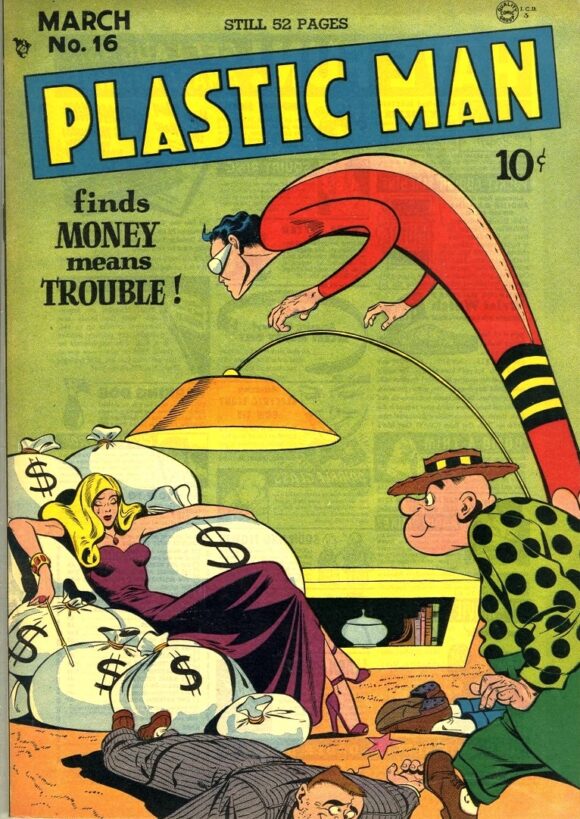 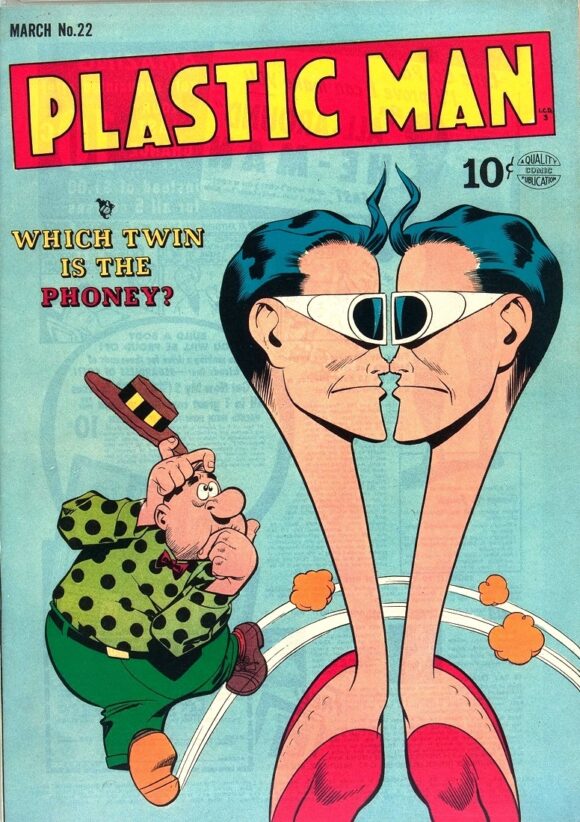 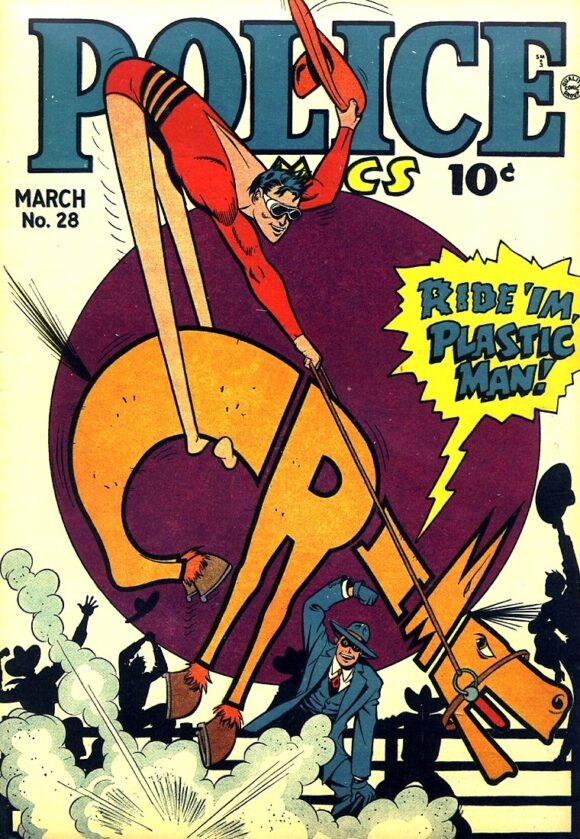 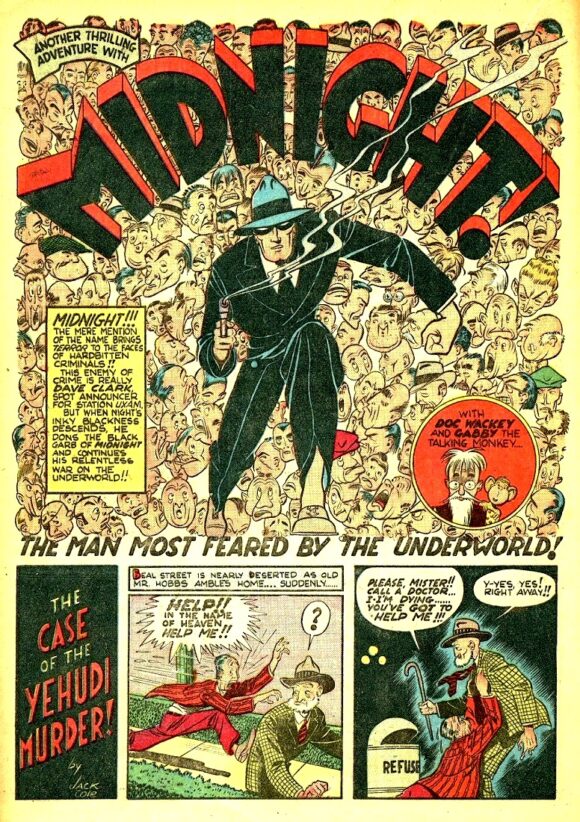 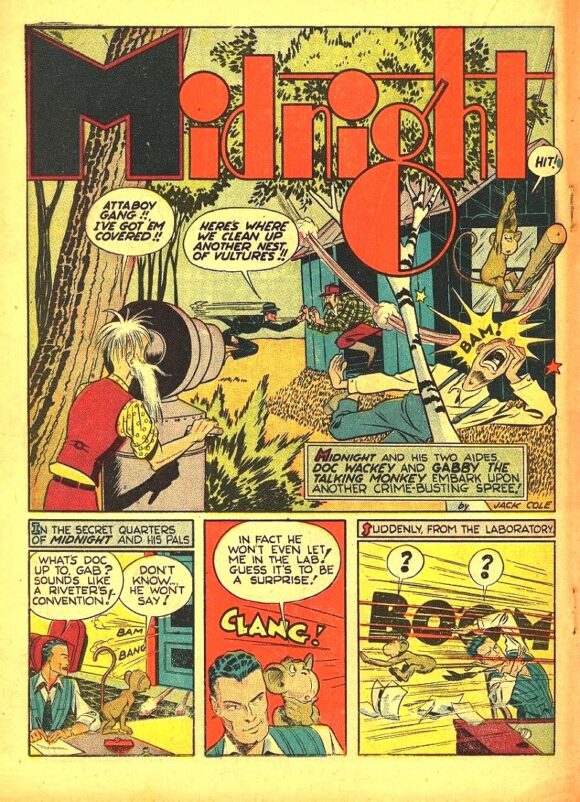 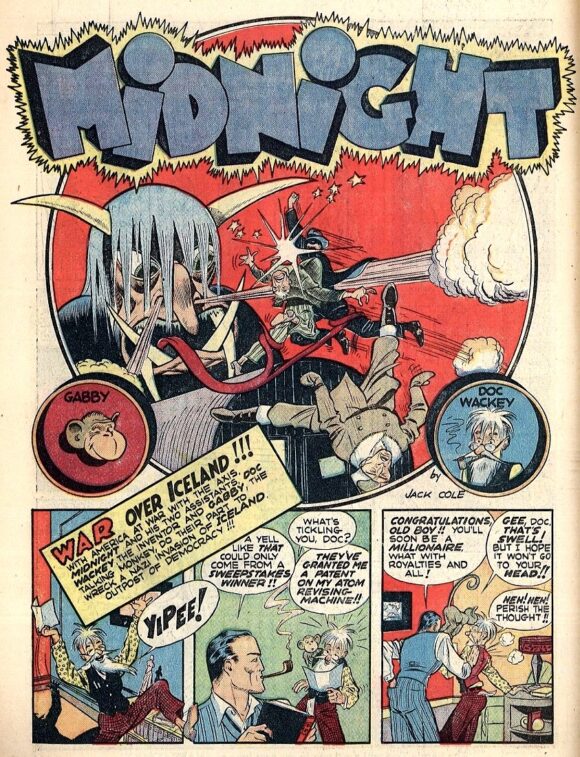 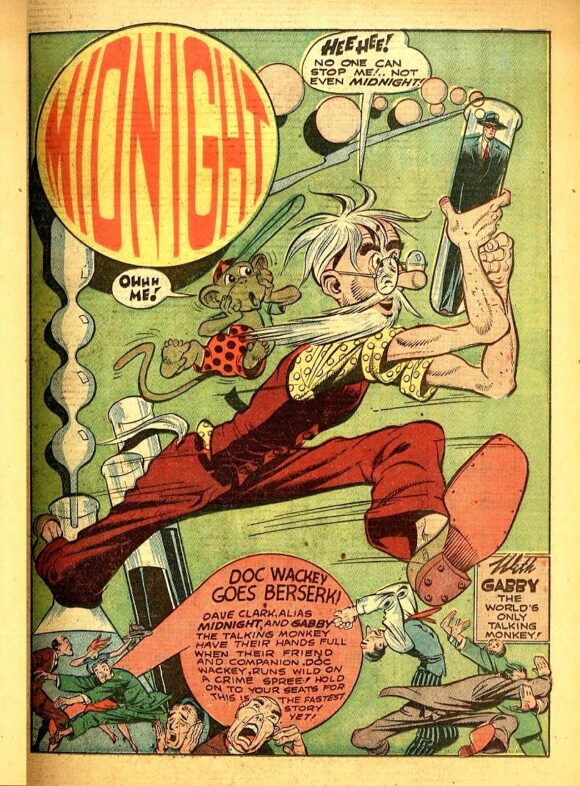