Last week, on Adam West’s birthday, we reminded you of the release of Zlonk! Zok! Zowie! The Subterranean Blue Grotto Essays on Batman ’66 – Season One, a non-fiction anthology edited by Jim Beard, with Rich Handley, by bringing you Jim’s 13 COOL THINGS ABOUT BATMAN ’66 SEASON ONE. Click here to check it out because it’s pretty dang swell. 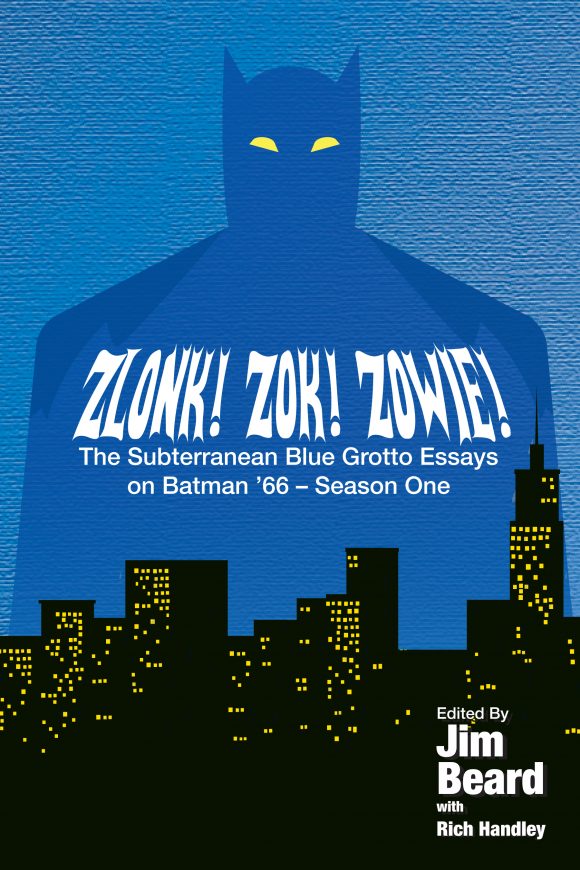 Anyway, we decided to go back to the Bat-well this weekend, with 13 COOL THINGS ABOUT BATMAN ’66 SEASON TWO — because Biff! Bam! Ee-Yow! The Subterranean Blue Grotto Essays on Batman ’66 – Season Two is out now, featuring The Batcave Podcast host John S. Drew, 13th Dimension columnist Paul Kupperberg, Michael Jan Friedman, Bobby Nash, Chris Franklin, Ed Catto, and my own bad self, among the contributors. 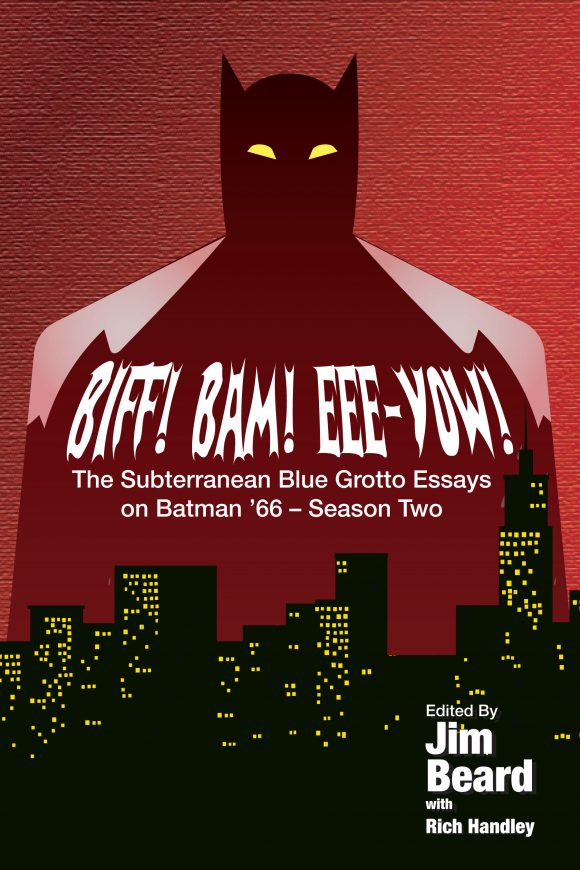 In the meantime, dig 13 COOL THINGS ABOUT BATMAN ’66 SEASON TWO: 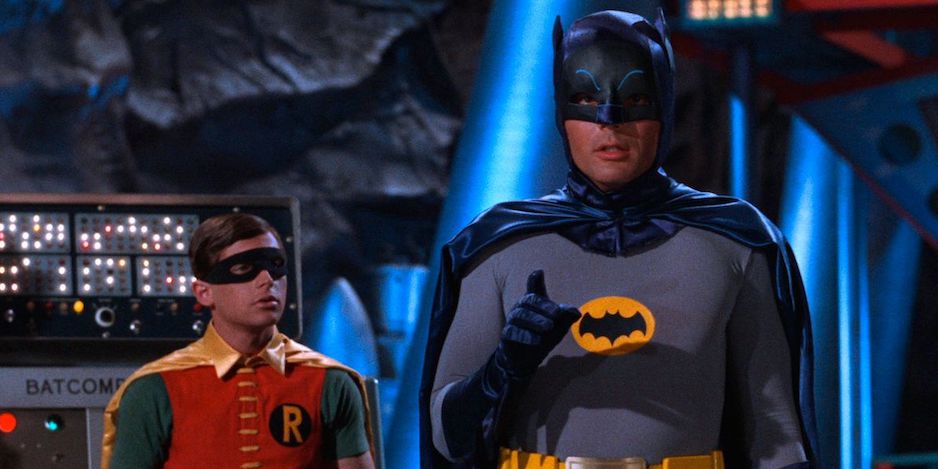 1. Van Johnson’s Minstrel doesn’t get the attention he deserves, especially since he’s not only one of the few Bat-Villains that, within the fiction of “The Minstrel’s Shakedown/Barbequed Batman,” the Caped Crusader’s never met before, but he’s also said to be Batman’s equal or better in terms of being an electronic genius. How cool is that? 2. Forget about the absolute insanity of Liberace being on Batman and take a moment to consider the absolutely cool badassery of Aunt Harriet in “The Devil’s Fingers/The Dead Ringer.” Now there’s one pistol-packin’ mama! 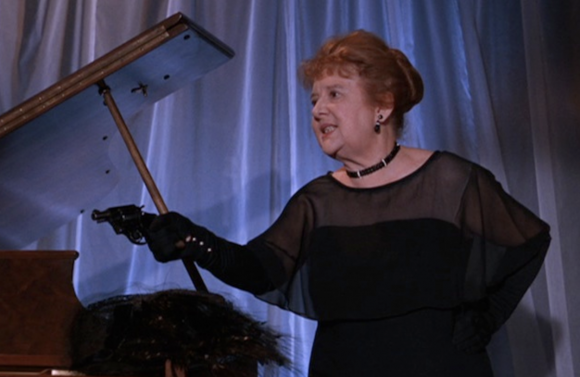 3. It’s no surprise to me a hip show like Batman would include then-cool musical guest-stars like Paul Revere and the Raiders in “Hizzoner the Penguin/Dizzoner the Penguin,” but the group was actually working for the dirty bird on his crooked campaign? Wild! 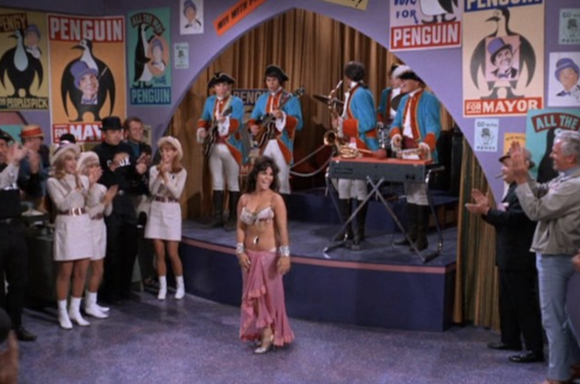 4. There’s something so incredibly cool in “The Impractical Joker/The Joker’s Provokers,” it often goes unnoticed by fans—Batman talks about the Clown Prince of Crime’s past as a hypnotist. What does that mean? Our hero knows who the Joker was before he was, y’know, the Joker? The mind boggles. Oh, and the laughing lunatic makes a time machine. 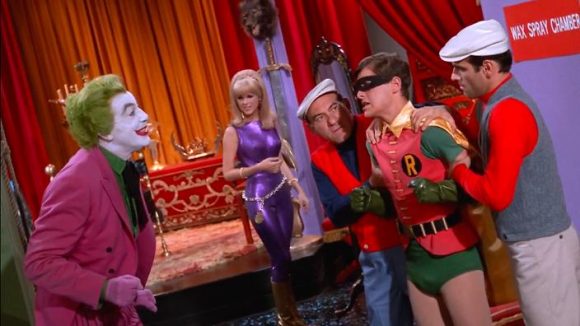 5. The cool musical guest-stars thing continued in “The Cat’s Meow/The Bat’s Kow Tow” with an appearance by singing duo Chad and Jeremy. Now, I’d never be mistaken for their biggest fan, but watch their charming teatime scene with Aunt Harriet and you’ll see the boys’ true personalities come through. Holy Humble Pop Stars! 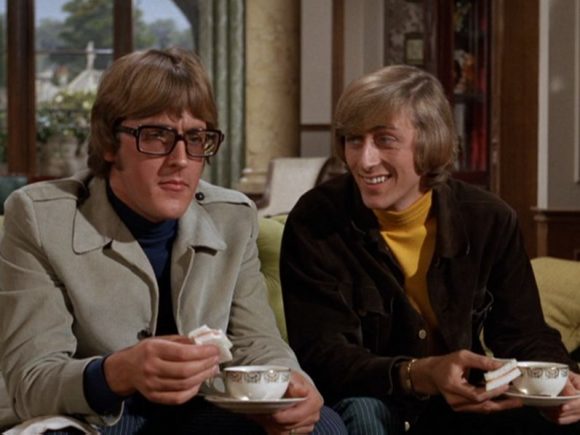 6. Last week I mentioned my love for Planet of the Apes and it’s rare crossovers with Batman. There’s another cool one in “The Puzzles are Coming/The Duo is Slumming” in the form of none other than Dr. Zaius himself as the puzzlin’ Puzzler. It just goes to prove you can’t keep a good orangutan down. 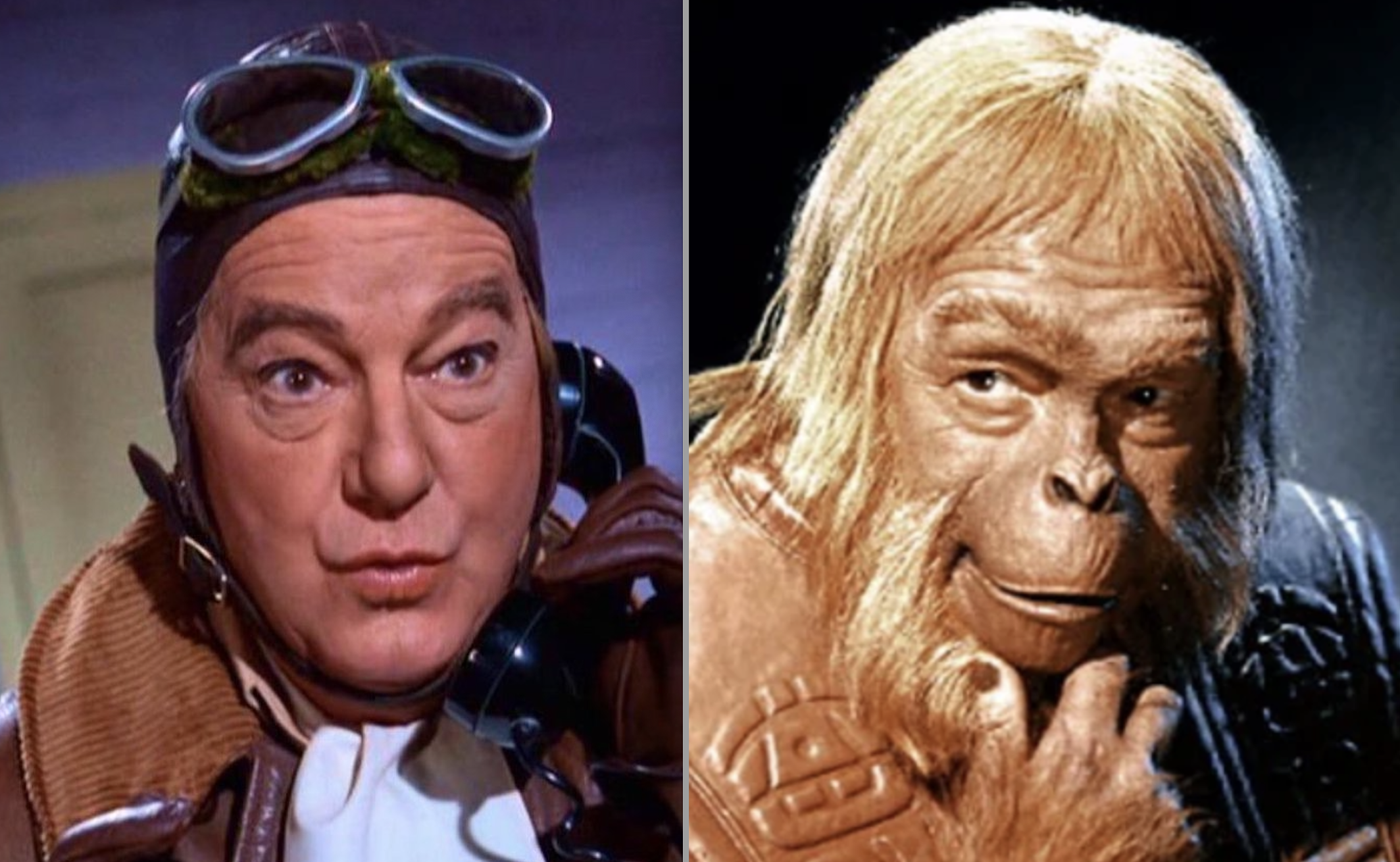 7. One of my most-favorite Batman episodes is the amazingly cool three-part “The Zodiac Crimes/The Joker’s Hard Times/The Penguin Declines.” Everything about it is a stand-out to me, including a post-feature film villain team-up, a giant Robin-eating clam, and a smackdown-showdown in the Batcave. It’s like getting a whole ’nuther Batman movie! 8. You want even more musical guests? In a bout of rampaging nepotism (look it up), singer Lesley Gore lands on the series not as herself (take that, Chad and Jeremy!), but as Pussycat, Catwoman’s cattily cool sidekick in “That Darn Catwoman/Scat, Darn Catwoman.” And does she sing? Yes, yes she does—twice! 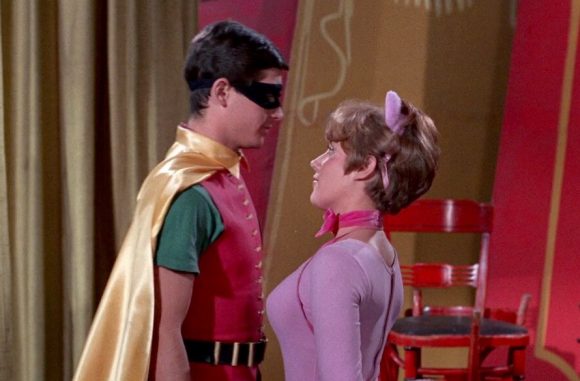 9. “Batman’s Anniversary/A Riddling Controversy” is well-named, considering its disdain among fans for replacing Frank Gorshin with John Astin as the Riddler. For me, there’s a cool-as-cool moment in it with a musical cue that rocks my world every time I hear it, namely that jazzy-snazzy mix of the Batman theme with “Happy Birthday/Anniversary.” I can really groove to it. 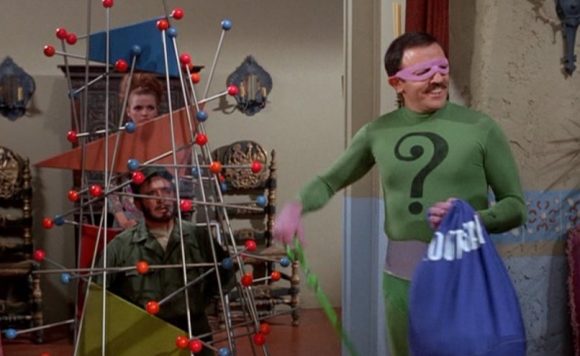 10. “The Joker’s Last Laugh/The Joker’s Epitaph” is a fairly standard Joker story with a nice Star Trek connection — guest stars Lawrence Montaigne and Phyllis Douglas each appeared in the 23rd century — but when I was a kid I focused on two things in this one: The Jokermobile… and the cool little fake Batcave the Dynamic Duo uses to put the joke on the Joker. Did I want one for myself? Yes, I did. Also, there’s another mention of the murder of Bruce’s parents in this one. Hmm, maybe it isn’t just merely “fairly standard.” 11. Ah, the Green Hornet episode. What can be said about “A Piece of the Action/Batman’s Satisfaction” that hasn’t been said before? How about this: There’s a cool moment when Britt and Kato are changing into the Hornet and, err, Kato, and they have the uniforms on and the masks off. That’s cool because that didn’t happen on their own show, just here. And it’s a little ironic considering Batman’s stars never had a moment like that.

12. Maybe the kiddies better turn away and not read this one. You see, at the end of “King Tut’s Coup/Batman’s Waterloo” Bruce Wayne—how should I say this?—gets lucky. I think that definitely proves that man does not live by cool crimefighting alone, eh? 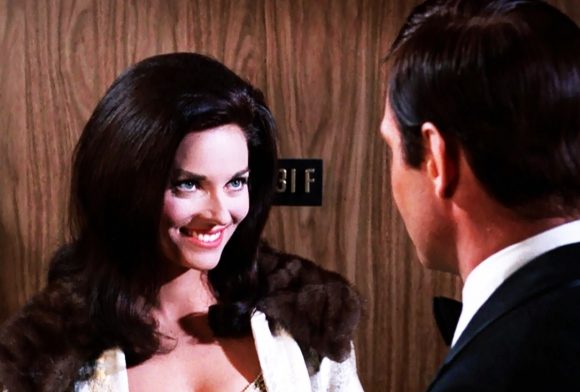 13. What? The Joker again? One might say the Hateful Harlequin rules Season Two, but in “Pop Goes the Joker/Flop Goes the Joker” he really has his ups and downs. To wit, he discovers the Batpoles in Wayne Manor, but Alfred makes sure he’s taken for a ride on them—literally. The cool part is when we the viewers get an unprecedented look at the shaft down to the Batcave, though the Joker remains ignorant as to Gotham City’s best kept secret.