Why You Should Buy DC SUPER HERO GIRLS — For Boys

When I was 8, I got a Mego Batgirl action figure for Chanukah — and then didn’t tell anyone about it. Hell, I even lied and made up an imaginary toy that I got instead. Even if she’s a superhero, I didn’t want anyone to know that I had a Batgirl. 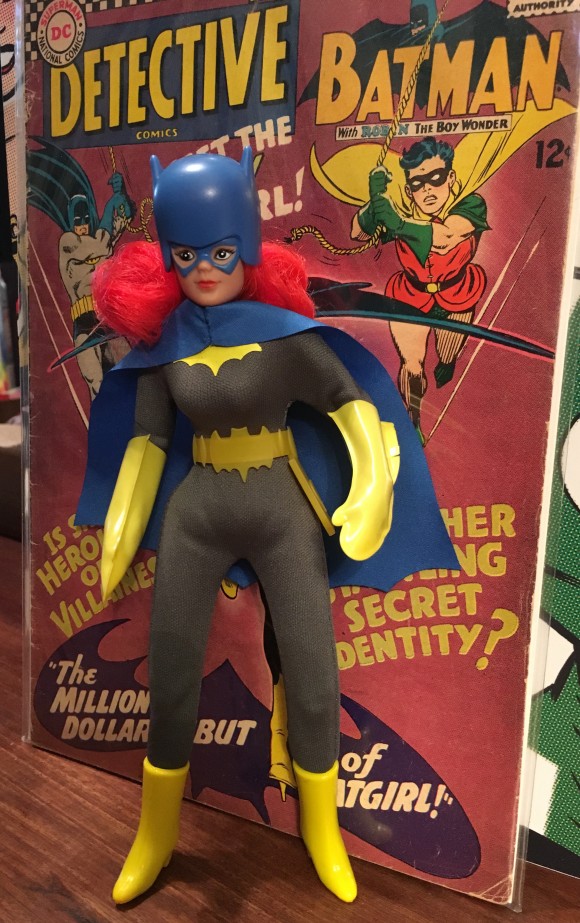 I thought about this when I tried to figure out what to write about the new DC Super Hero Girls line from Mattel. This is a new, girl-power-driven initiative by both companies designed to inspire young girls to find their inner superheroes (and to buy a lot of toys, books and videos). There are two 12-inch lines for different wallets (but they kinda veer toward fashion dolls) and there are role-play playsets.

But I was most interested in the 6-inch line — because these are full-on action figures, end of story. And I think that’s awesome and I hope they catch on. If I had a young daughter, I’d buy everything in sight. Since I don’t, I settled on the main three characters (of six) that are available, exclusively at Target: Batgirl, Wonder Woman and Supergirl. (The other three are Harley Quinn, Poison Ivy and Bumblebee.) 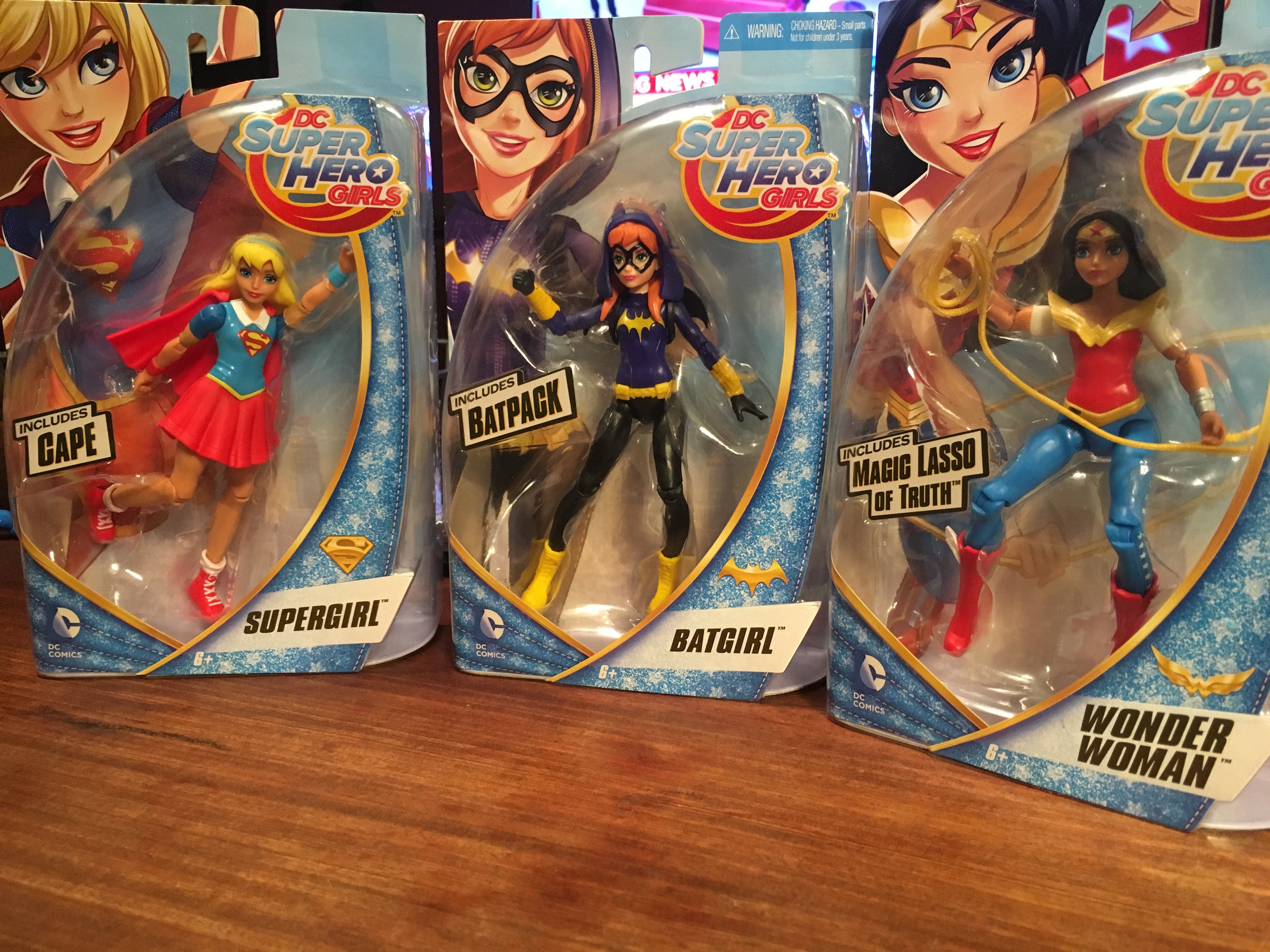 They’re really cool, highly poseable and seem to be pretty durable. They’re also only $10 a pop.

But then I started to wonder whether I’d ever buy them for a boy. Because while I think it’s cool that girls have their own action-figure line, I think it’d be even cooler if there were a line that appealed to girls and boys. 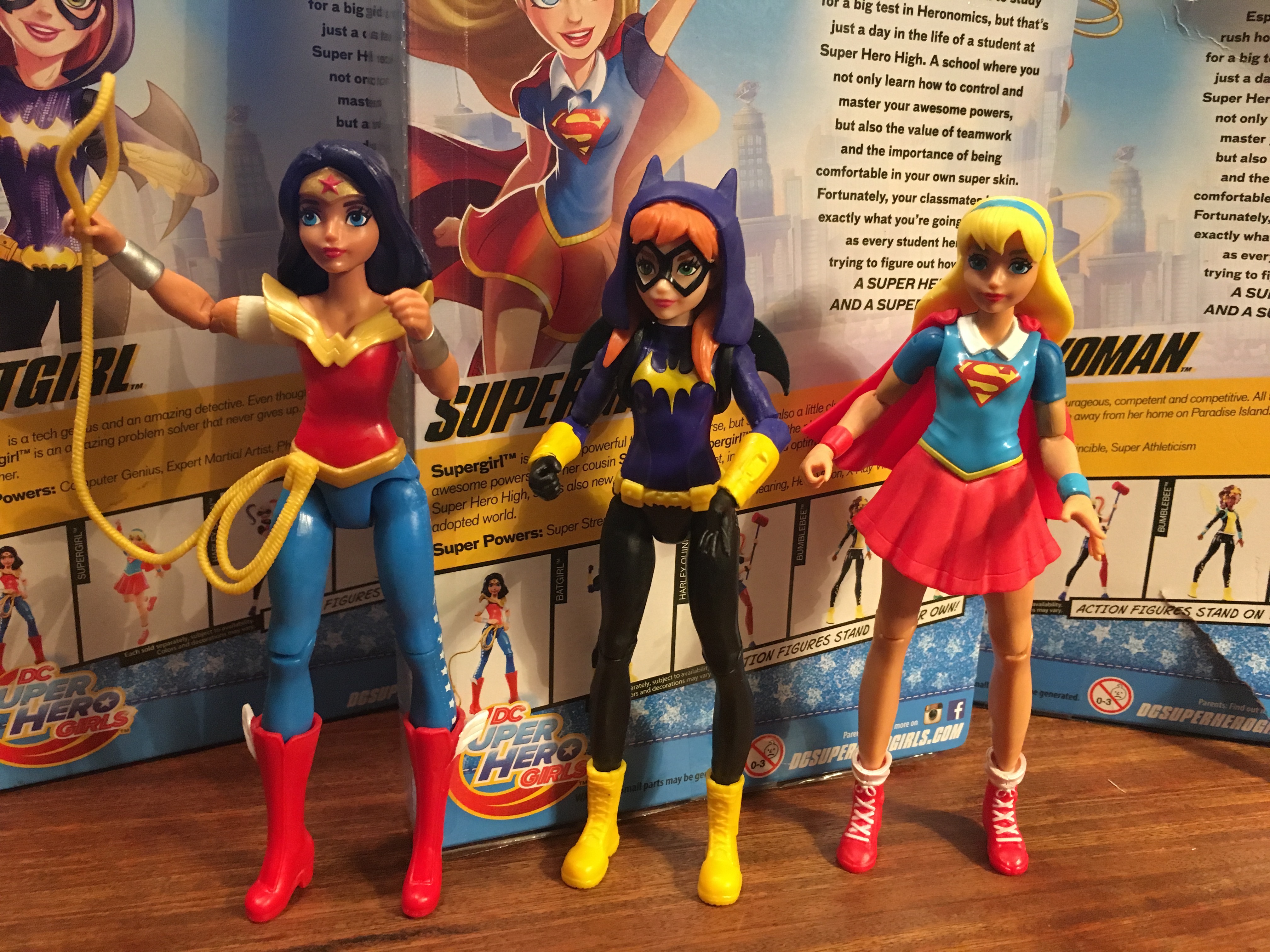 I mean, these Super Hero Girls kick ass. (The conceit is that they’re all in high school, which younger kids seem to think is a big deal.) Each character gets a description on the blister-pack card back, highlighting their heroic attributes: Wonder Woman is a leader, Supergirl is powerful and Batgirl is really smart.

Wonder Woman comes with her golden lasso and is appropriately star-spangled. I could do without those oddball wings — but hey, she has dark purple hair! (Or maybe it’s dark blue.) 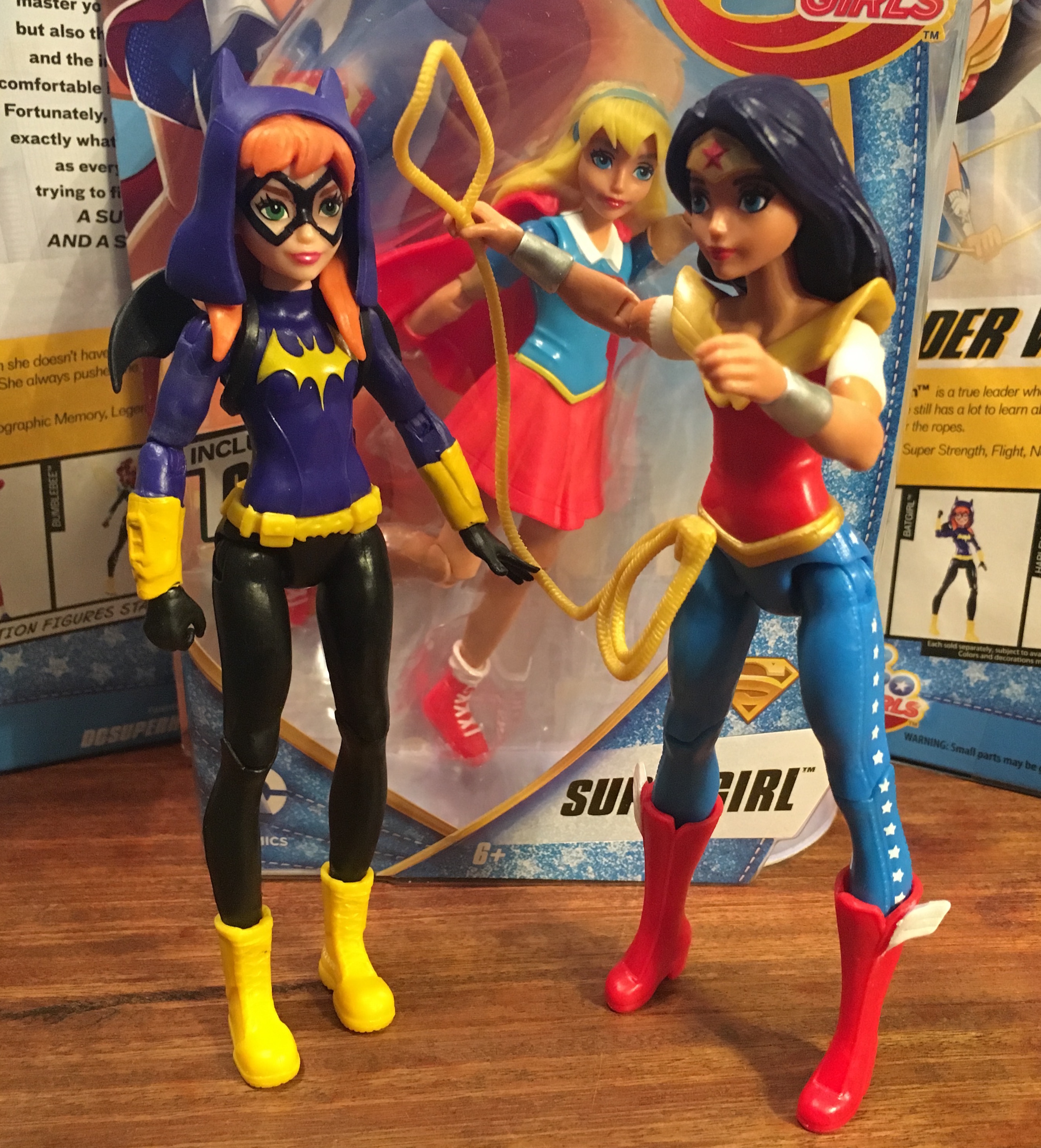 Supergirl looks like a cross between Melissa Benoist, the Bruce Timm-style animated Kara and the version from Cosmic Adventures in the Eighth Grade. One thing, though: Her red cape looks good but it throws off the weight distribution some. It was tough to get her to stand on her own, which is supposed to be a selling point for these figures. (As in, they’re not dressed in impractical heels.) 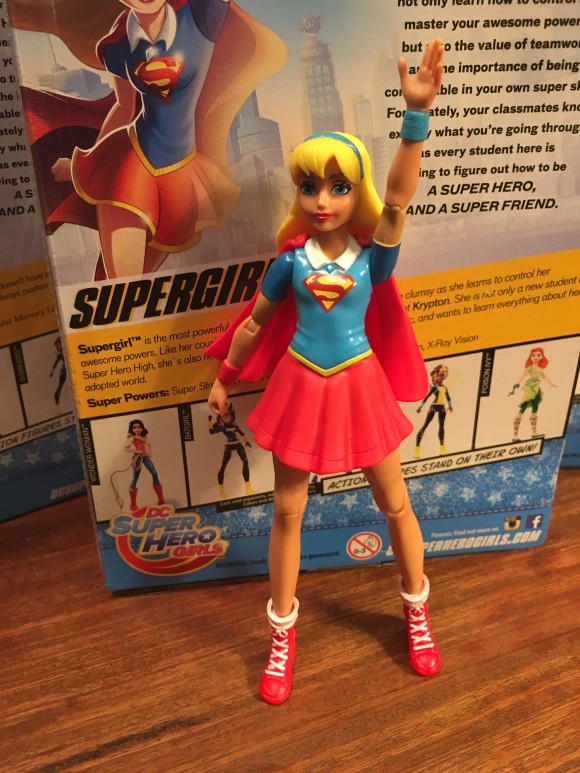 Now, to Batgirl, my favorite. 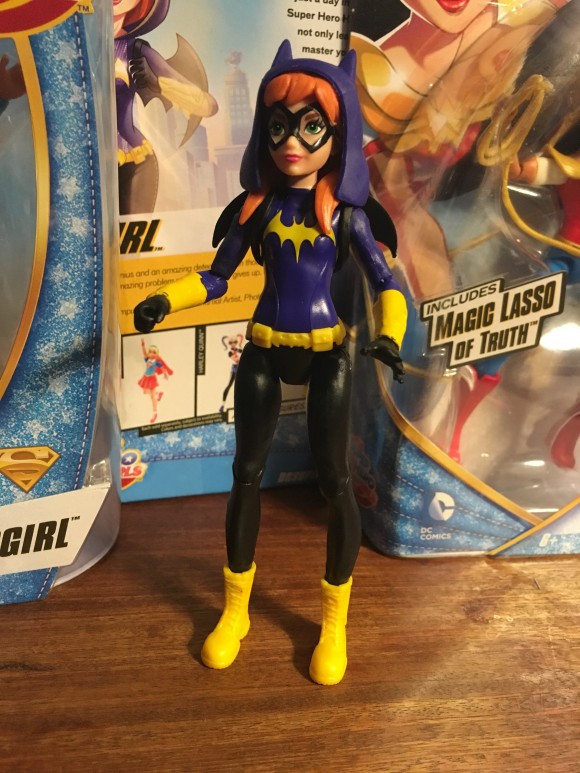 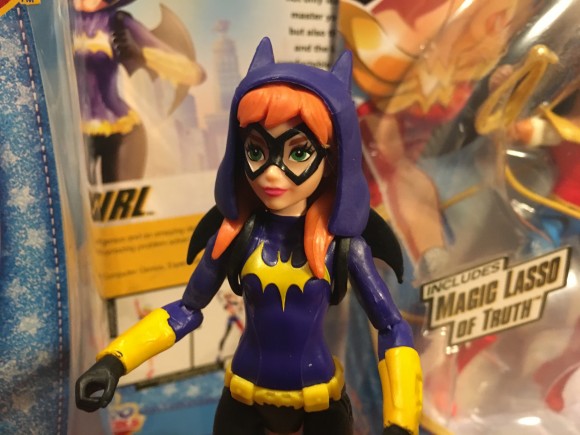 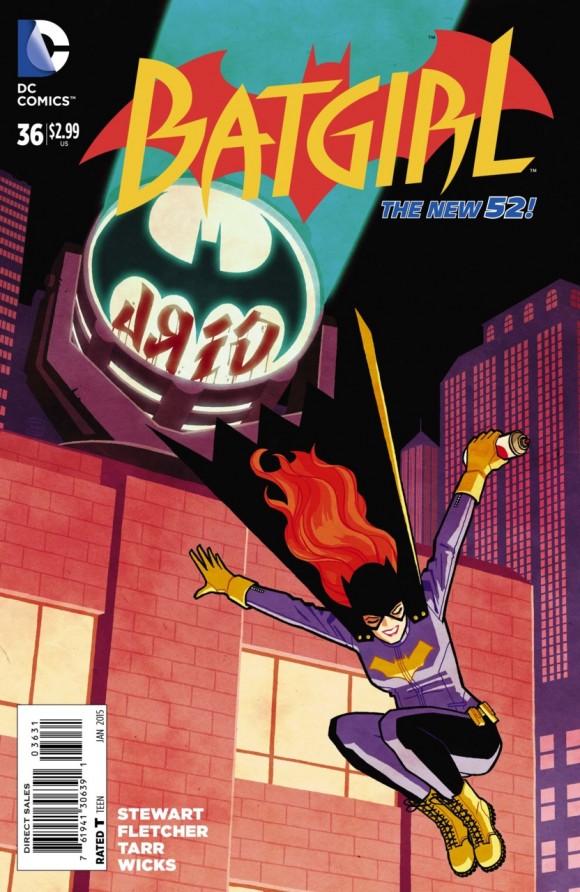 She doesn’t have a cape but she does have a “Batpack,” which I imagine carries her all-important laptop, what with Babs being a computer expert and whatnot. And rather than a full cowl, she has a mask with a removable hood that obviously is meant to emulate a hoodie. 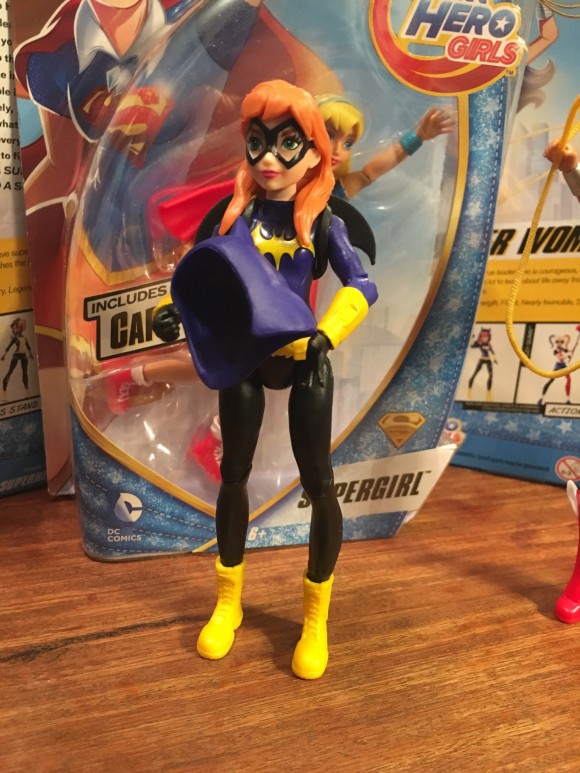 Purists may sniff but I think it’s only appropriate.

I mean, she looks kinda familiar, doesn’t she? 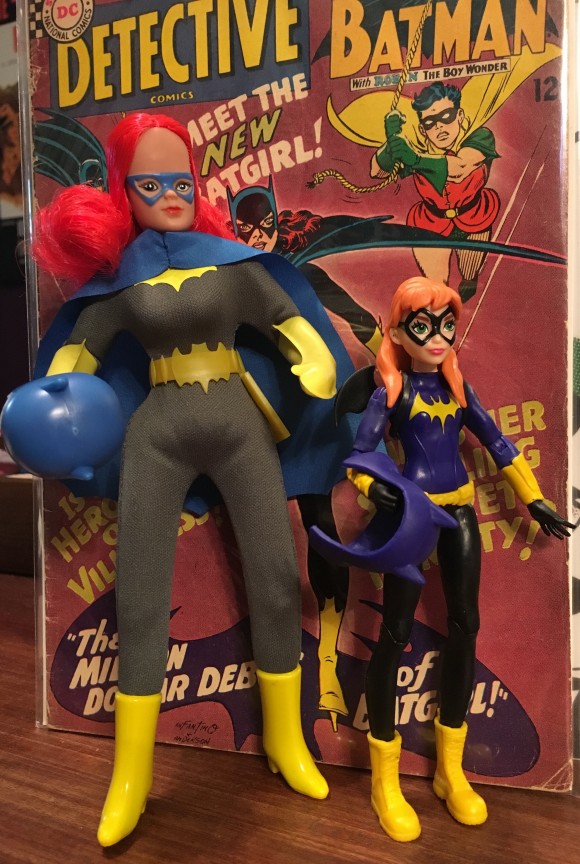