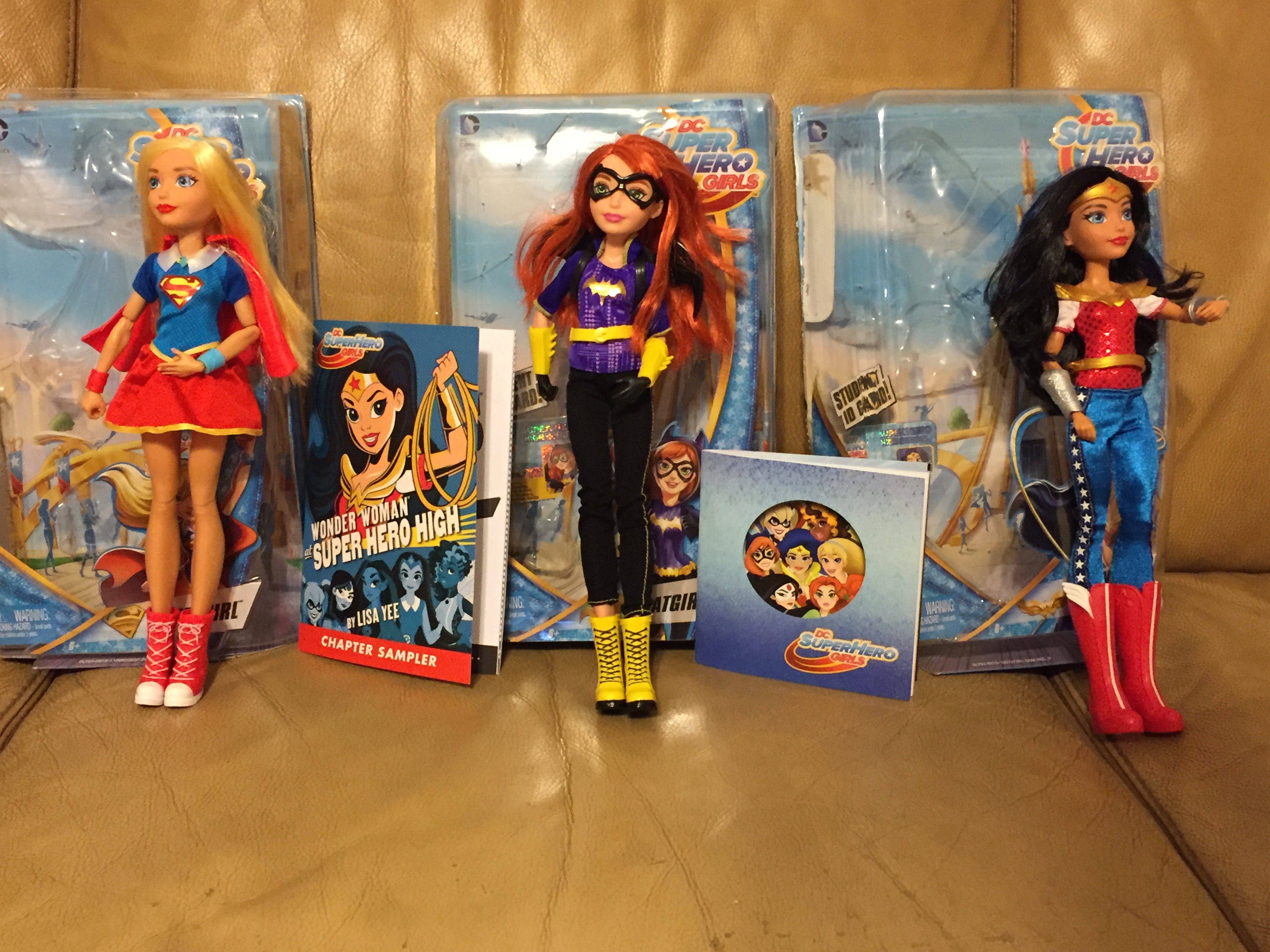 By pretty much every measurement the DC Super Hero Girls line has been a smashing success. I’ve already written about just how important I think this line is, but what do I know? I’m a guy pushing 50.

So I went to the experts: Two young girls, whose Dad is a friend of mine. Gabriela and Lucia Sloane are prerty much exactly whom DC and Mattel are looking for. They’re 10 and 8, respectively, and both are really into superheroes, in particular the Supergirl TV show and the Avengers flicks.

Gabriela and Lucia readily agreed to review the 12-inch figures that are included in the line.

So without further delay … — Dan

By GABRIELA and LUCIA SLOANE

The new DC Super Hero Girls are a great new line of full-size (Barbie-size) action dolls that are more than just super heroes — they are also students. That makes them even more fun to play with than if they were the usual adult version because kids can relate to them because their alter egos are in school.

All that, plus amazing super-hero outfits, made the dolls very fun to play with! We are 10- and 8-year-old sisters and we both especially liked that they didn’t have a whole lot of makeup like a lot of girls’ dolls (we’re talking about you, Barbie) usually have and the cool little school ID cards and booklet of background stories gave them depth.

We both agreed that Batgirl was the best doll of them all for reasons detailed below in our mini-reviews: 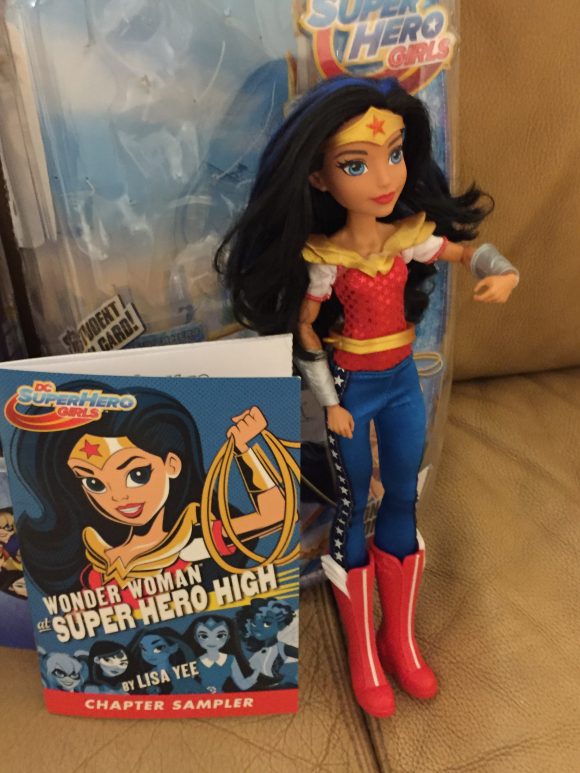 Wonder Woman has many cool features, too many to list! But we’ll tell you a little bit about her…

We love how the designers made her look like a student but still a superhero. Adding onto this, we like how they took her outfit and put it into the way a student would wear it. In addition, we also like how she has lots of the same features as the regular Wonder Woman has. For example, her lasso! Another example is her golden cuffs. One thing that we would change is, we would make her look a little more like a student because now she sort of looks more like an adult than the other characters. 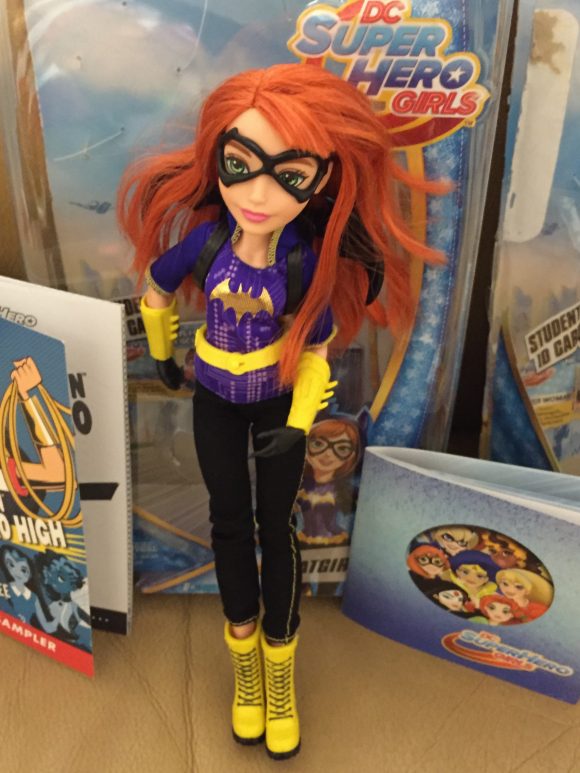 Batgirl is an amazing character and personally, our favorite of the Super Hero Girls line! She has many cool features like Wonder Woman. We like Batgirl so much because they managed to make her look like a young student while still looking enough like the grown-up Batgirl. Also, her bat wings are a very cool feature because they make her look like she’s almost wearing training wings. One more thing that we like about Batgirl is her mask, which just makes her look so much like a superhero! 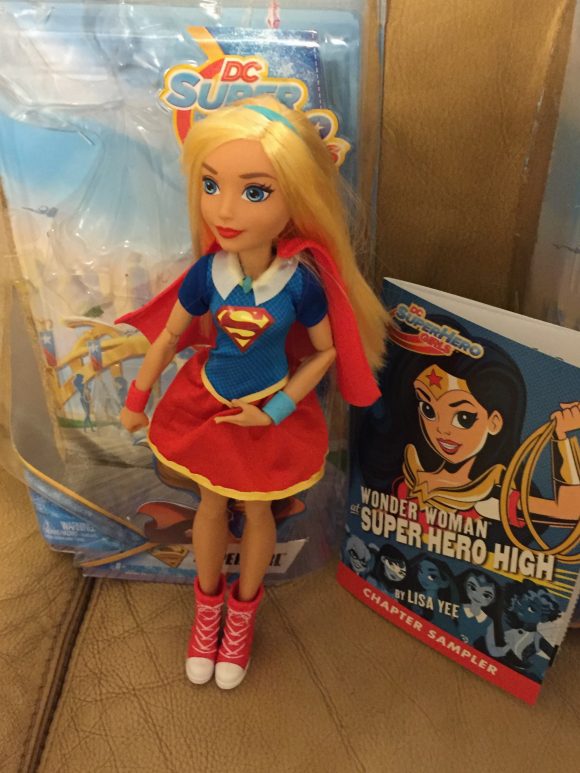 We like that Supergirl is one of these characters because usually everyone thinks of Superman but no one thinks of Supergirl — and here she is. What we really, really like about Supergirl is how well her outfit balances between a student’s outfit (skirt, high socks and what look like high-top Converse sneakers) and the Supergirl outfit (the emblem an the cape). It is kind of like a Super-school uniform. The cape is great and snaps on well and we liked the two different-colored wrist cuffs (blue and red, natch).

We also wondered why Supergirl has those cuffs because we’ve never seen her with cuffs, but they are a good-new addition! 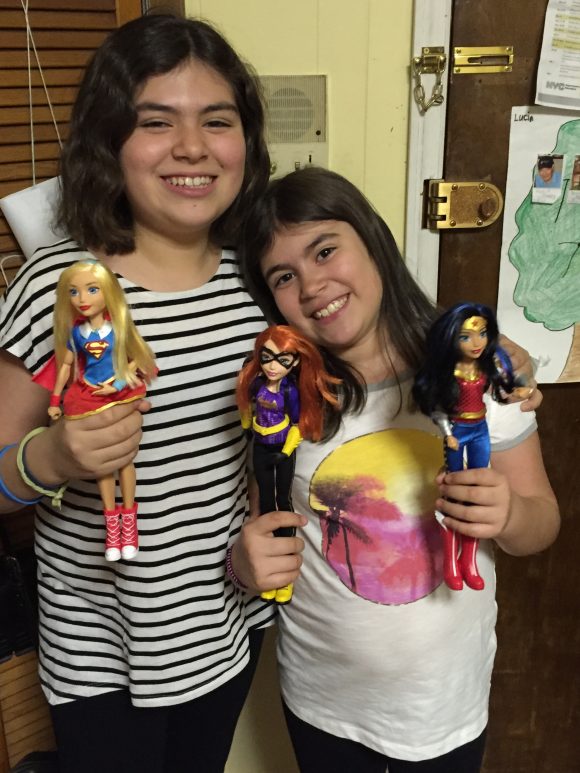 The DC Super Hero Girls in this version of the 12-inch line run in the $25-$40 ballpark each, depending on the character and which retailer you go to. Shop around. Also available are Harley Quinn and Poison Ivy. Bumblebee is due out soon.