Why You Need to Give ‘Agents of SHIELD’ a Break

Welcome writer Marc Buxton! Marc’s here to tell you why you need to give “Agents of SHIELD” a break. I’ve already been on record as not loving the show. But Marc has a good message for fans who aren’t giving the show a chance. Agree with him? Disagree? Comment below! Just keep it civil. Floor’s yours Marc!:

Opportunity comes around once in a lifetime.

Fandom is pretty unforgiving by nature; fans need to grabbed and coddled pretty quickly in order to embrace something new. Narratives need to pack a wallop and keep walloping or else fan ennui sets in. Comics move at a breakneck pace, always screaming for attention and stretching the boundaries of the creative imagination in order to grab the attention of a loyal, but persnickety and insular marketplace.

Television is different, television is supposed to appeal to a mainstream marketplace that needs stories doled out to them. Comics fans have been expressing impatience with ABC’s “Agents of SHIELD,” ratings are falling, but as the series progresses, the series is improving, even if the hive mind does not seem to want to embrace the still fresh-on-the-vine show. 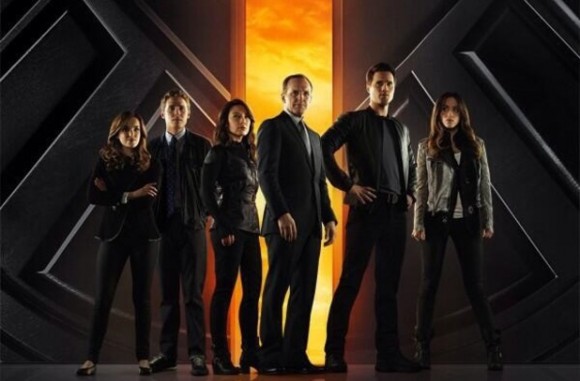 Yes, “Agents of SHIELD” has its problems, from the lack of a recurring threat to no overarching “Fringe”-like mythology unique to the narrative, but the potential that the show has alone should make fans eager to see it unfold and not be the first to crap on an episode that isn’t, in their view, perfect.

If ratings continue to fall and does not find acceptance in an increasingly entitled base, fandom will be missing out on one of the greatest genre opportunities of their lives.

Instead of allowing “Agents of SHIELD” to be its own thing, fans seem to want the Avengers, which of course is impossible, Avengers was the perfect synergy of four different film franchises glued together by story master Joss Whedon to create an experience unlike anything Hollywood has ever produced.

“Agents of SHIELD” is not about the big guns of Marvel, it is a smaller show about what living in a universe with gamma-irradiated monsters and cosmic gods is like. It’s taking some very human agents and making them the fans’ eyes and ears in a world that has just entered the twilight of the super-heroes.

One of the problems fans might be having with the show is that there is no mythology unique to the show itself.  Similar shows like “The X-Files” and “Fringe” existed in their own universe, where the shows’ creators could world-build around the characters so the audience could make discoveries as the characters do. 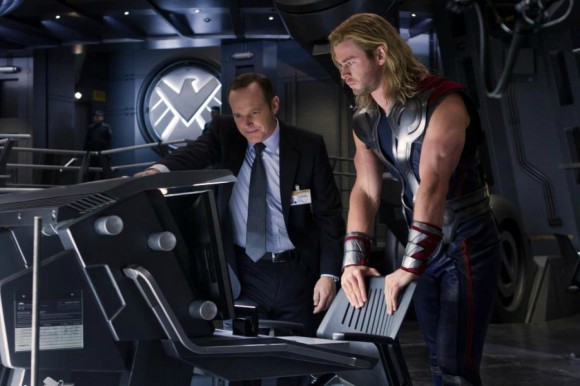 “SHIELD” relies on mythology built in the previous seven (now eight with Thor: Dark World) Marvel Studios films. They exist in an established place, so fans kind of entered the show running. This is a totally unique animal in the world of television, where a show exists and is fueled by a recurring series of films. Fans did not need a clunky intro to Coulson; they already fell in love with him through two Iron Mans, one Thor, and an Avengers. Nothing has to be established for fans regarding Agent May’s training other than the words, “She scored almost as high as Romanov” for fans to understand who she is and what she is capable of.

As the Marvel cinematic universe continues to grow, the world can always be on fans’ radar through “Agents of SHIELD.” The thematically similar “Torchwood” tried to do the same thing while running concurrent with the grander scope of “Dr. Who” and it worked. “Agents of SHIELD” has the same potential, a guidepost in the world that Jack and Stan built.

Fans should not give up on this opportunity because they are angry the show doesn’t play the Cameo Of The Week fan service game.

This is a show than can potentially, seamlessly morph elements of Norse mythology with hi-tech science-fiction stories with World War II era pulp goodness. Not many narratives can mash genres so seamlessly, and just the sheer amount of storytelling engines in place, thanks to the previous Marvel films, makes “Agents of SHIELD” a storytelling landscape of unlimited potential.

Do not let fan entitlement and a need to get all our action figures out of the toy box ruin an opportunity to merge comic, film, and television. Be patient. As more films role out, more story engines will start firing and more characters will be able to come on stage and play.

Our beloved films don’t have to end when we exit the theater — the next chapter will be on Tuesday, if we allow it to be.

So as a great man once said, Don’t Yield, Back SHIELD.

TOMORROW: What “Agents of SHIELD” is doing right.