UPDATED 7/6/20: I first posted this four years ago and like to re-present it periodically, with minor tinkering, when the opportunity presents itself. It’s Byrne’s birthday, so here we are again! Oh, and if Marvel’s more your speed, click here for the TOP 13 ALPHA FLIGHT STORIES — RANKED. Dig it. — Dan

I was not a huge fan of Superman comics as a kid. Curt Swan’s art just didn’t do it for me and it was hard for me to root for a god when my favorite character had to dodge bullets and skulk in the shadows.

That’s not a knock on those who wrote and drew Superman — it’s just a matter of taste.

Then along came 1986 — 30-plus years ago now — and the announcement that John Byrne, after years as one of Marvel’s heaviest hitters, was coming to DC to revamp Superman post-Crisis on Infinite Earths.

If you don’t remember, or weren’t there, it’s hard to explain what a big deal that was — even in that pre-Internet era. This was huge news. Byrne, to a lot of people, was Marvel in those days. This was as if Boston’s clean-up hitter came to the Yankees. 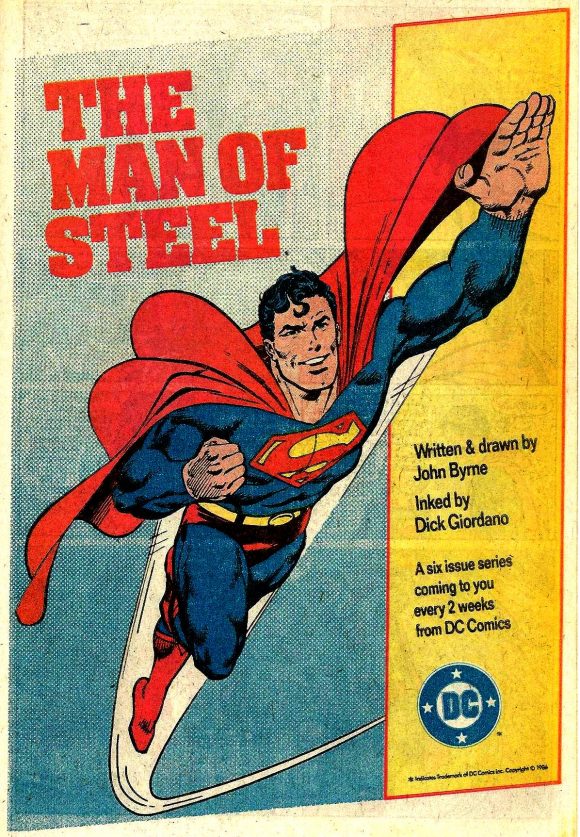 The more I heard, the more I liked: Superman would start over from scratch with a biweekly, 6-issue miniseries called The Man of Steel. It would feature a Kal-El who really was the Last Son of Krypton — no Supergirl, Krypto, Kandor, none of it. And Clark Kent was never Superboy. (Again, not to knock Superboy but I always thought that idea was an especially long stretch.)

It sounded an awful lot like Superman: The Movie, which was my favorite version of Superman (and remains so today).

So when Man of Steel came out that summer — Issue #1 evidently came out July 10 — I was blown away. This was the Superman I’d been waiting to see on the page. The art was bright, clean and powerful — soaring even. The characterization was humane and distinct. Superman was made of steel but he was also a man. Like the previous version, Clark liked being Superman and was likeable — but now he was relatable. He was a contemporary — and no longer “Uncle Superman.”

And it wasn’t just when he was in the cape. Clark Kent was more an affable guy than buffoon — and got his own makeover in the process. Gone was the blue two-piece and red tie. 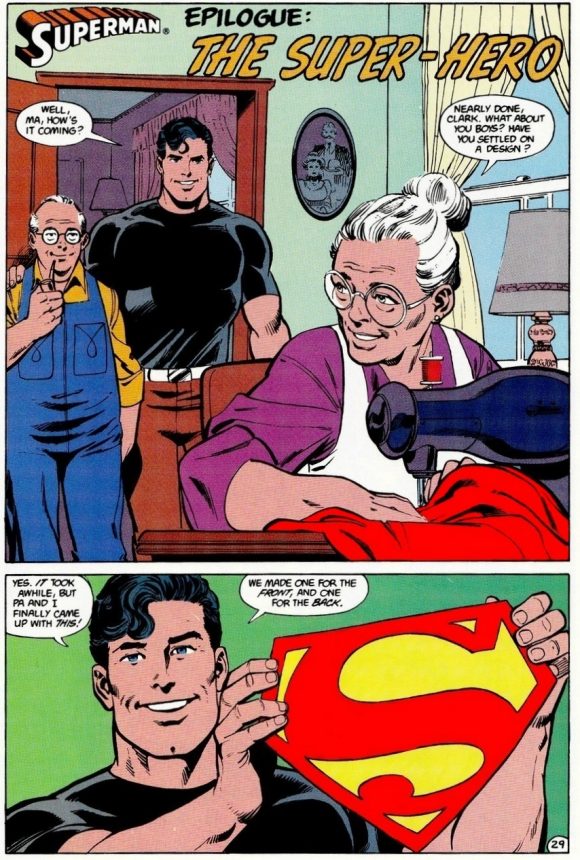 Lex Luthor got a similar update: He no longer wore purple-and-green costumes — choosing instead Fortune 500 tailored suits. The Luthor you saw in the Bruce Timm cartoons was pretty much lifted whole cloth from Byrne. Lois, meanwhile, was a stylish cross between Margot Kidder and Barbara Stanwyck. Classic, but up to date. 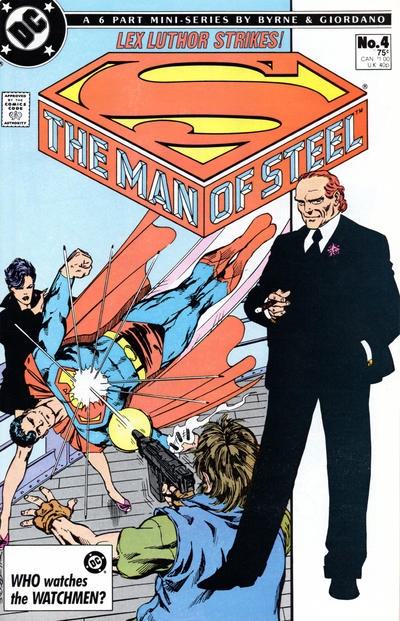 To this day, I’ve never liked a comic-book Superman better.

This was a stripped-down but still mighty Man of Steel, one that should have been allowed to flourish.

Sadly, it didn’t last. Byrne only worked on Superman for about two years. Some of the elements — like LexCorp — remain to this day but Superman’s origin has been retconned so many times now that The Man of Steel and the issues that followed have become something of a relic. (Click here for more on that.) 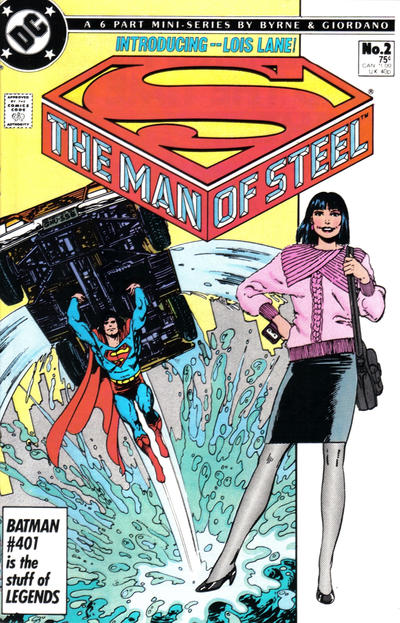 Over the years, I tried Superman again and again, in a vain attempt to capture that magic. I never really lasted — until the last few years.

DC’s Rebirth gave us a Kal-El whose roots were in the post-Man of Steel era. It was the most entertaining Superman since the Byrne days: soaring, humanistic and exciting.

And while I admit I’m not entranced by the current comics, like Superman I remain ever the optimist. 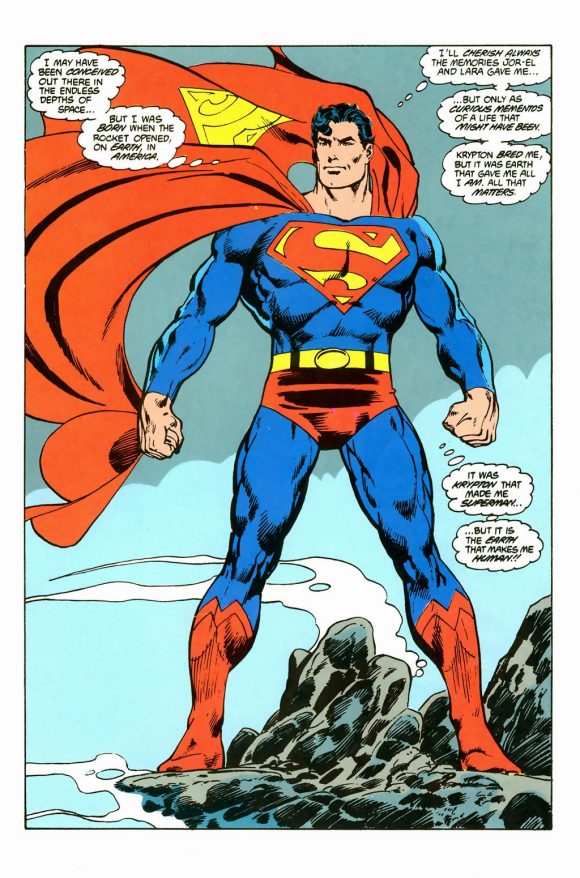