Why BATGIRL is So Damn Great

Home » BATMAN'S HOT-LINE » Why BATGIRL is So Damn Great

Kicking off BATGIRL WEEK in earnest, here’s my personal history of one of the greatest characters ever!

It’s hard for me to pinpoint the beginning of my infatuation with Batgirl other than the obvious exposure to Yvonne Craig in Batman ’66. Well before I could articulate any Freudian attraction, it was obvious that when Batgirl was a guest star on those episodes on Channel 11 after school, it was a special occasion. 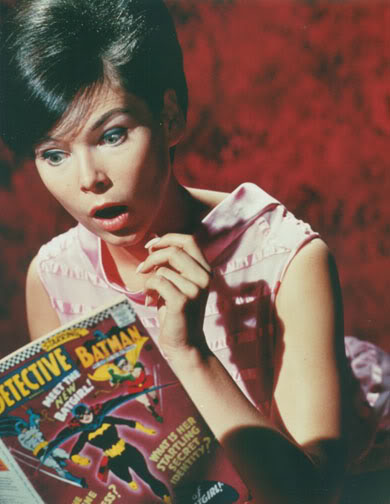 It wasn’t until much later that I found out that she was in every subpar Season 3 episode and that they were largely half-hour stories. To my young mind, it was a something of a special event and there I’d sit, waiting to see if her animated avatar would come swooping into the opening credits. 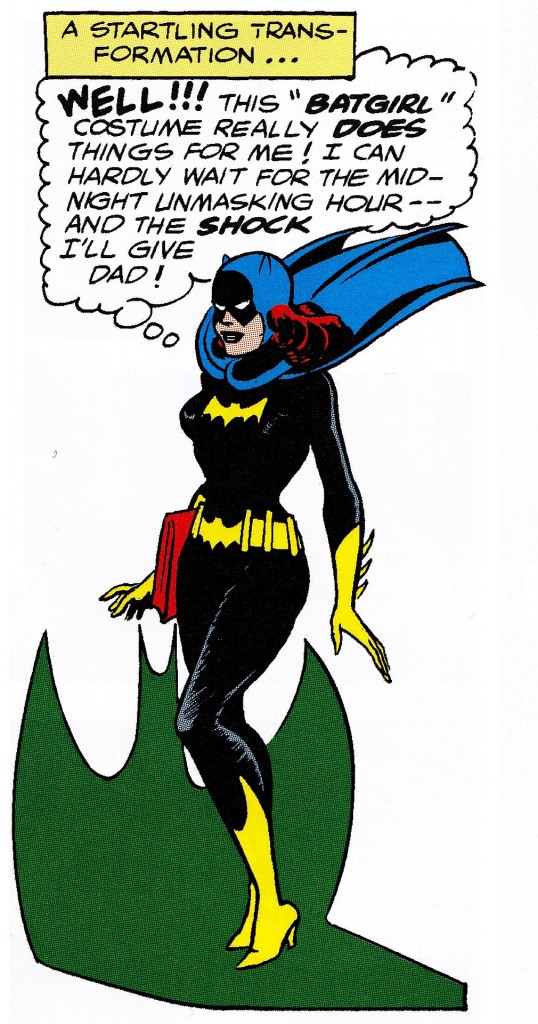 From there, as it was with Batman and Robin, the path led to comics. And for me, the greatest Batgirl showcase was in Batman Family, where she’d alternately star in her own feature or team up with Robin as one half of the Dynamite Duo. Those episodes, in particular, crackled.

To my preadolescent thinking, it didn’t matter that Barbara Gordon was a congresswoman in her late 20s and that Dick Grayson was at best a sophomore at Hudson University. They were the perfect couple who needed to be together. And it was a debate that raged in the letter columns: Should they or shouldn’t they? Multiple reboots and other iterations made them contemporaries, but at the time, quel scandale! 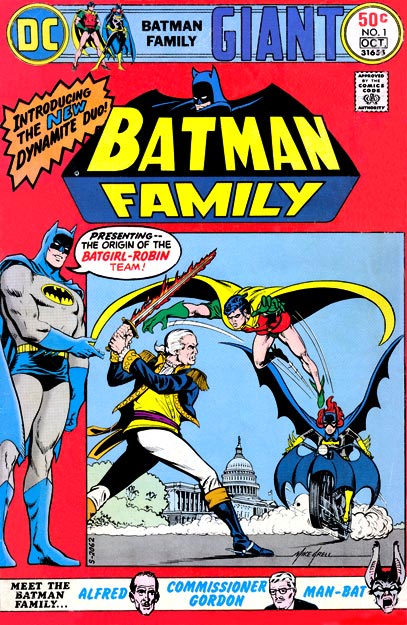 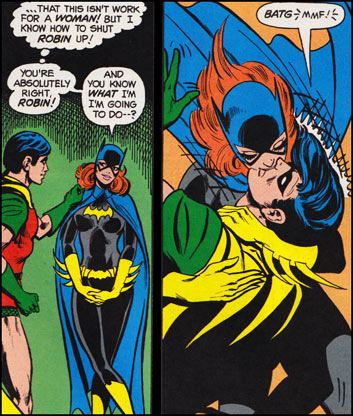 Aside from the lithe sexuality projected by her artists — especially Carmine Infantino, Gil Kane and, later, in Batman Family #1, Mike Grell — I particularly liked Barbara as a character. She was highly intelligent, always seemed a step ahead of everyone around her and enjoyed fighting crime. She was smart and serious-minded without being grim and cheerful without being silly. 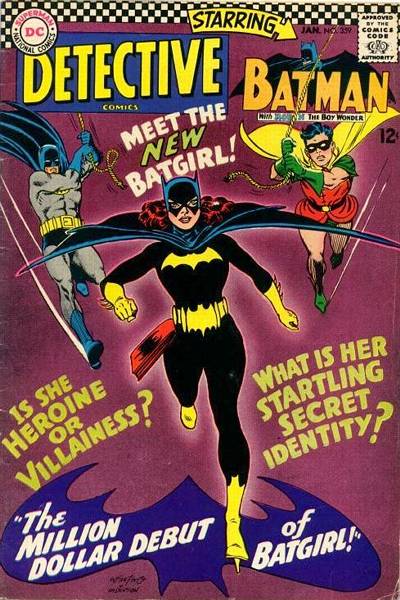 She was the perfect fictional girlfriend to a preteen or teenage boy. Perhaps that’s another reason I sometimes identified with Robin more than Batman, who had no designs on Batgirl. (Even now, I find those early efforts in Batman ’66 to introduce some chemistry between Bruce and Babs out of place and I never bought the full-blown relationship that blossomed in the Batman animated universe.) 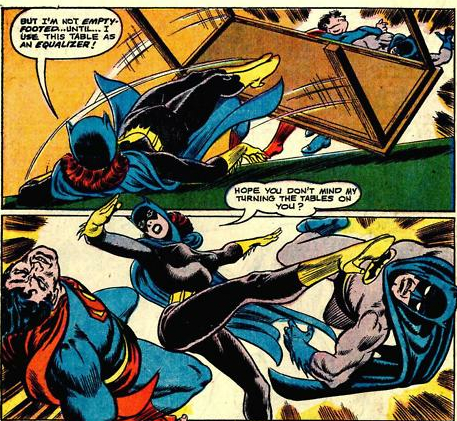 When Barbara was brutalized in The Killing Joke, I was heartbroken. It seemed like such an unnecessarily awful thing to do and I never quite forgave Alan Moore for it and I’ve never been able to join the choir of fans who see that story as some comic-book cultural touchstone.

I was glad that Barbara found new life as Oracle, that she became in some ways even more valuable to the DC Universe than she was as Batgirl. But I’m not gonna kid you: I was overjoyed when I heard she was going to be Batgirl again when the New 52 was announced. I understood all the arguments against but for me it meant correcting a historical wrong, even if just metaphorically speaking. 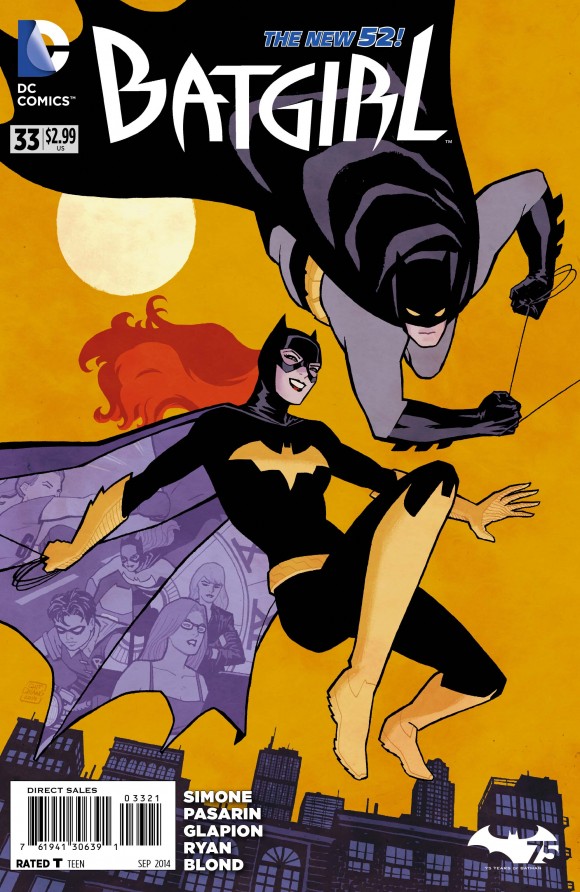 Cliff Chiang’s Batman 75 variant from earlier this year. He gets Batgirl. Read this and you’ll know what I mean.

I’m also not gonna kid you and say that I loved the way Batgirl was handled once the New 52 actually took off. That Barbara was too angsty, too full of self-loathing. That just isn’t how I think of Batgirl. To me, Batgirl is all about the can-do spirit, enthusiasm and, sure, her style.

So with the imminent release of Batgirl #35, from Cameron Stewart, Brenden Fletcher and overnight sensation Babs (!) Tarr, I’m excited about Batgirl all over again, and, judging by the Greek chorus of the Internet, I’m not alone.

So stay with us this BATGIRL WEEK as we celebrate the Dominoed Daredoll in all her Bat-tastic glory!