REVIEW: A Tale of Two Batmen. (Or is it Batmans?)

In the prehistoric days of 13th Dimension, I scored an interview with Adam West. It was shortly after Ben Affleck had been named as the new Caped Crusader, so I made sure to ask the self-described Bright Knight his thoughts.

He answered in classic Westian fashion, and if you want to know what he said, you can check it out here.

Now, a few years later, I’ve had the opportunity to introduce the Batmans of yesterday and today, in a fashion, thanks to NECA’s brand-spankin’ new — and fairly extraordinary — 1/4-scale Batfleck. 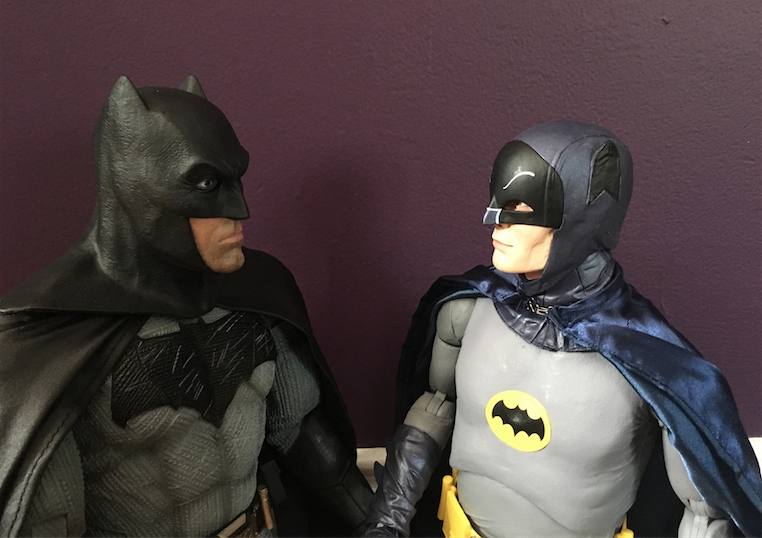 I wasn’t much of a fan of Batman v. Superman (click here to find out why — if you dare) but I thought Affleck was fine, even if he was written to be a homicidal xenophobe. At least he looked good — in what might be the best of the modern on-screen Batman outfits.

And NECA’s 18-inch depiction is, like their others in this scale, plainly excellent.

I mean, check out that detailed face. THOSE EYES. 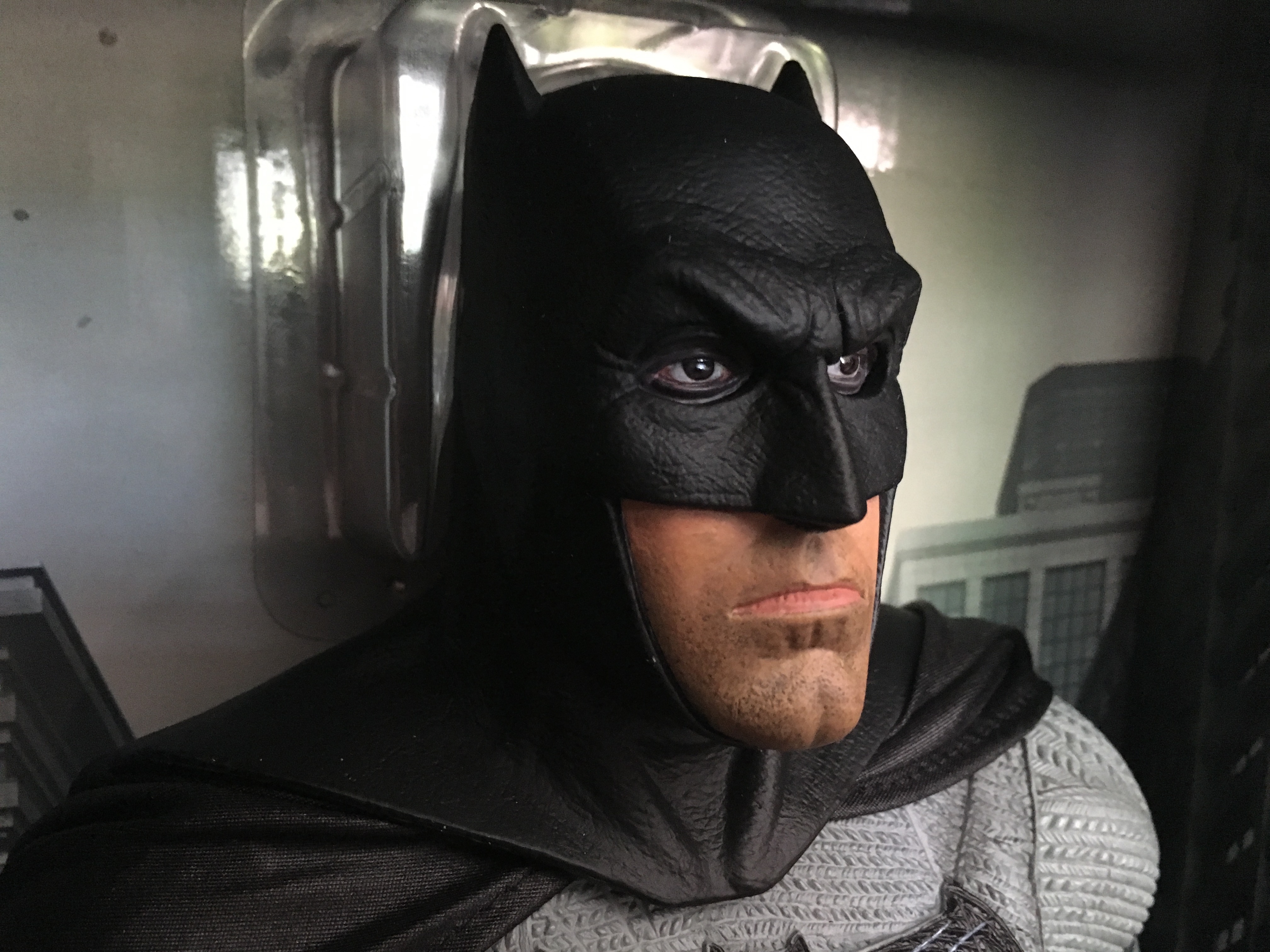 The detailing is first rate, from the battle scoring on his chest emblem to his utility belt to his black, faux-leather cape, which is reinforced at the edge. 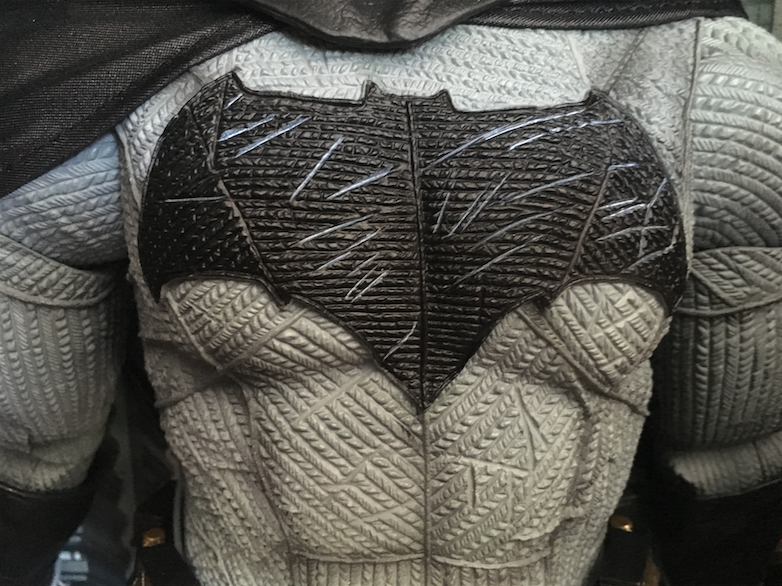 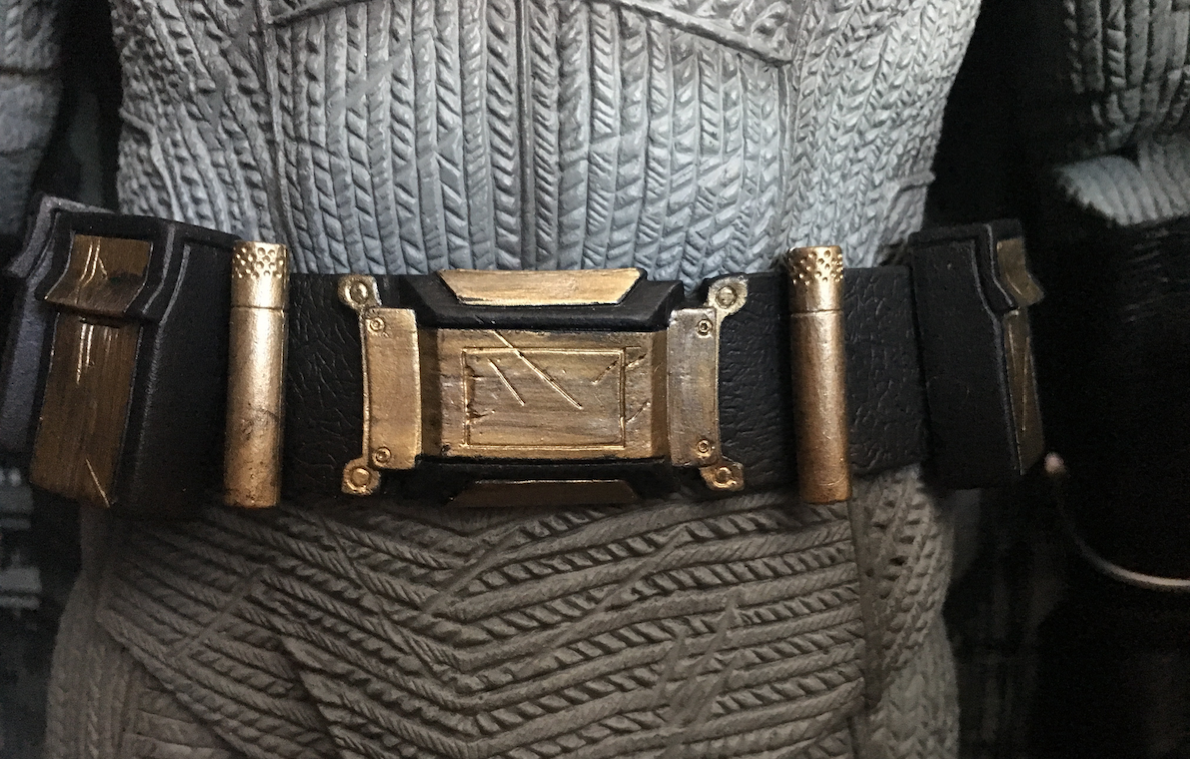 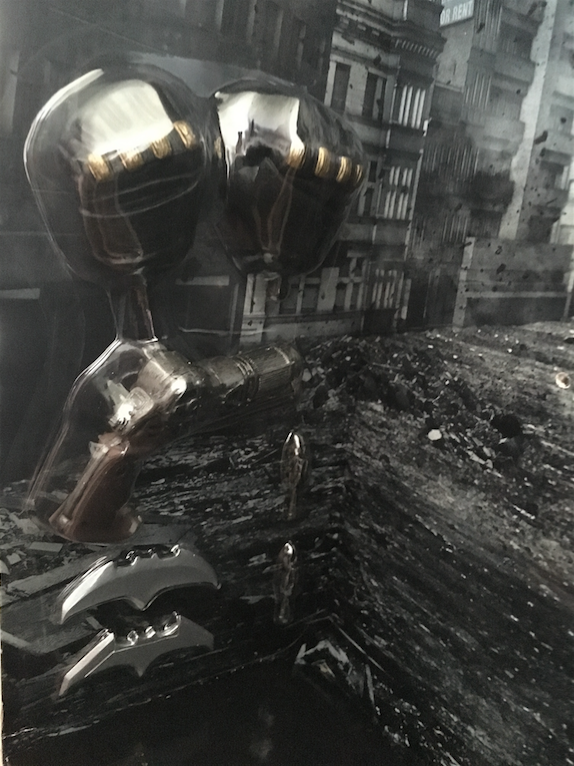 Alternate hands a small arsenal are fastened against the box’s background.

I never thought Ben Affleck could look so threatening, and this figure captures his masked menace in unsettling fashion. This is a Batman who looks like he could beat you senseless, as a latter-day Batman should. And he’s heavy. Think he looks all big and bulky? He is. Think he weighs a lot? He does.

As is the case with all of NECA’s 1/4-scale figures, Batfleck is not inexpensive. He’ll run you about anywhere from about $110 to $125, so shop around.

But if you do pick him up, just think: You can always stage scenes like this: 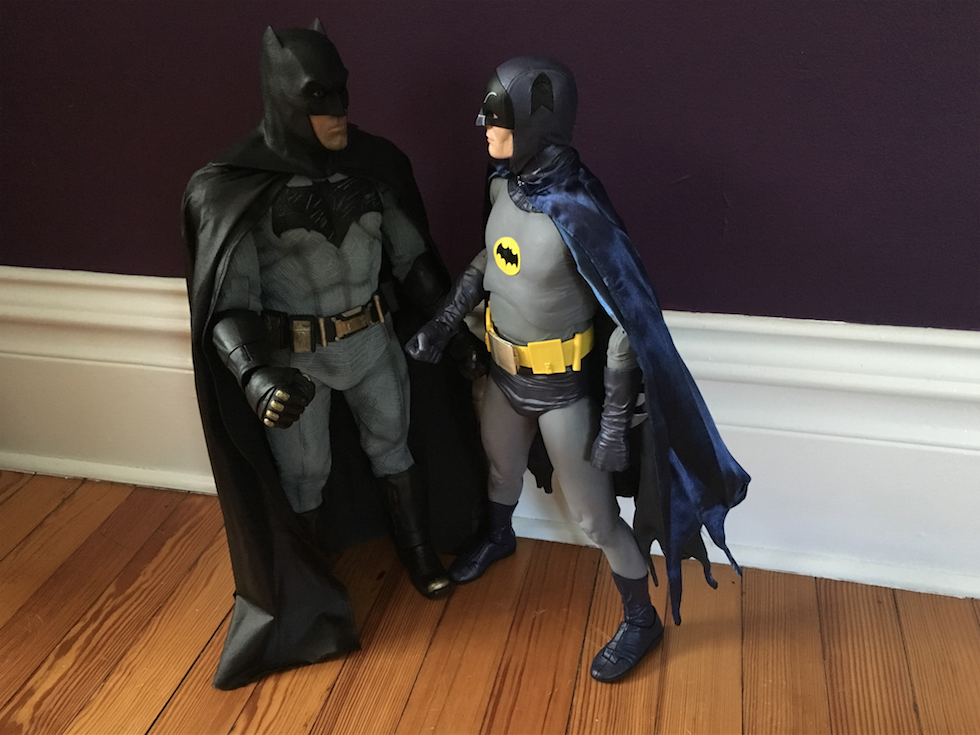 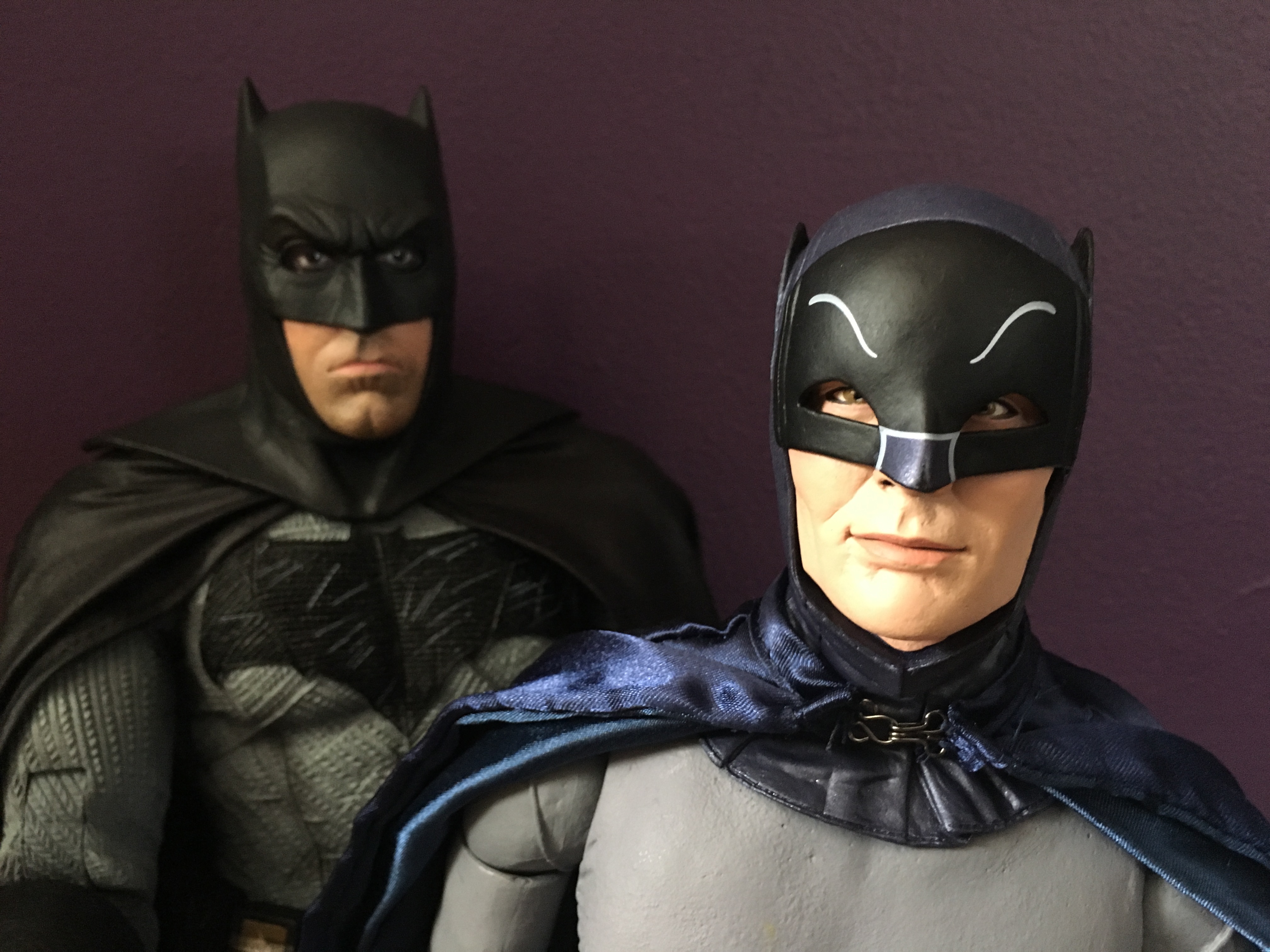