Ed Catto‘s in the house with the latest WHAT I’M READING. Ed, a jack of all comics trades, has a predictably unpredictable list!

Lazarus, Image. It’s obvious that Greg Rucka has put a lot of thought into Lazarus. He and artist Michael Lark engage in seamless world-building, and have created both an inviting world and intriguing story. And the ratcheting tension makes the reader clench up to get ready for the ride ahead. The reader can’t help but get the sense it’s “all gonna change” in short order as the protagonist is pushed closer and closer to a rude awakening. Extra kudos to the level of detail (patches the characters wear have all been intricately designed) and the meaty and well-researched letters column. 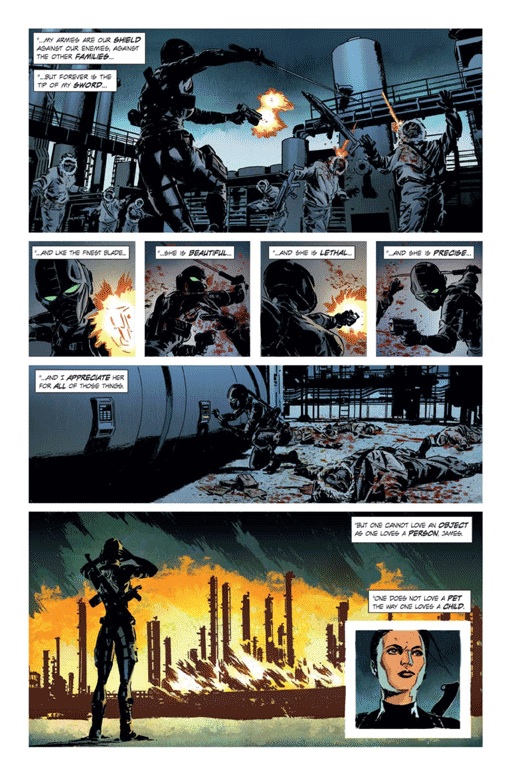 Mysterious Strangers, Oni Press. Chris Roberson has a real affection for the Swinging Sixties, and he’s brings it to Oni’s Mysterious Strangers. If you crossed the Doom Patrol with an ITC series you’d probably end up with something like this.  It’s fun, fresh and breezy – with upbeat art and crisp dialogue. And it’s hard not read it and fall for the sexy superspy Veracity Mills. 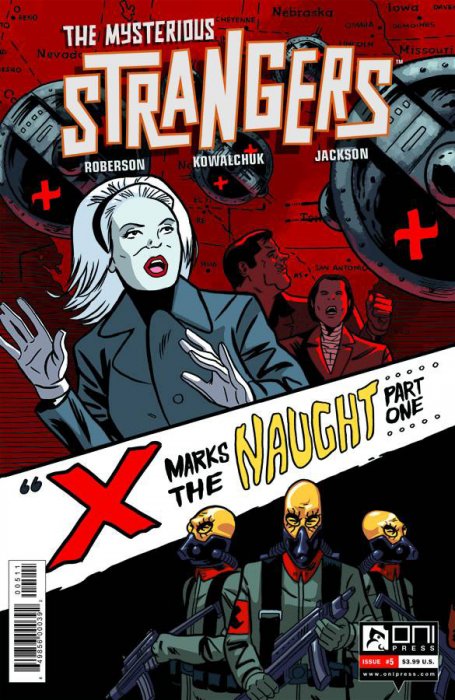 Green Hornet, Dynamite. The Green Hornet and Kato are great characters, but I don’t think they ever had a great storyline.  (And this is coming from a guy named Catto!) That’s changing at Dynamite as Mark Waid’s new series delivers a solid story with innovative twists and more fun than this classic hero has provided in years.  The interior artwork is solid, and the covers by Jonathan Lau and Paolo Rivera make it all sing. 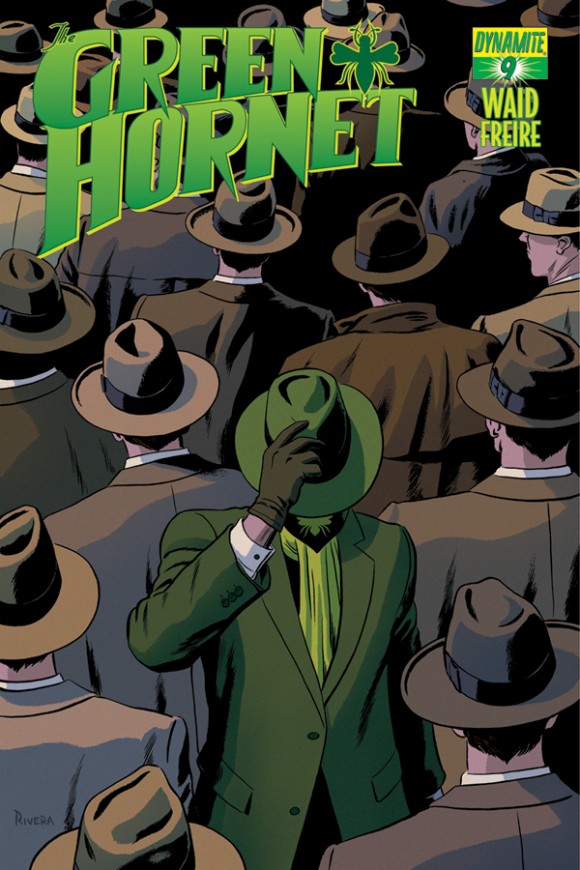 Ghosted, Skybound/Image. Do you like ghost stories? How about caper movies? Ghosted combines the two in a fun tale with some awesome covers by the always-innovative Sean Phillips. Like Mysterious Strangers, there’s a female protagonist with white hair that I really like too. 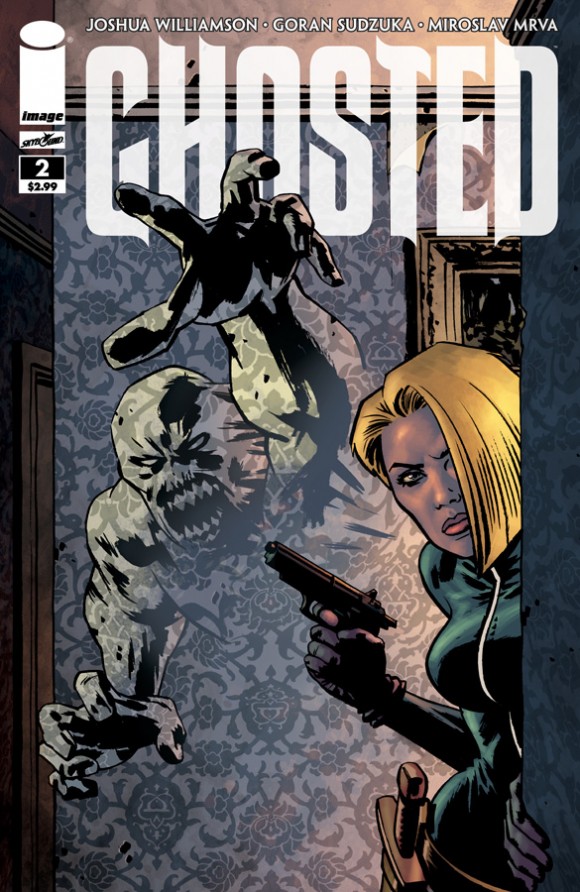 Afterlife with Archie, Archie Comics. I’m a big fan of the innovative ideas that the Mike Pellerito and his team have been bringing to Archie Comics, but Afterlife with Archie, a zombified romp through Riverdale is not only a cool idea, but also it’s a gripping/hold-onto-the-edge-of-your-seat read. And that’s in no small part to the thrilling artwork by Francesco Francavilla. His moody inks and loose style only get better when you drink in his brilliant page layouts. And it even gets better: Issue #2 has a wonderful reprint from the Archie archives with Gray Morrow artwork.

Insufferable, Thrillbent. Thrillbent is a site offering free digital comics, and the centerpiece of it all is a strip called Insufferable. Mark Waid and Peter Krause tell a Batman and Robin tale that postulates, “What if Robin was a jerk?” It’s great fun and each week Waid and Krause push the envelope as they try new ideas especially designed for the online weekly format. 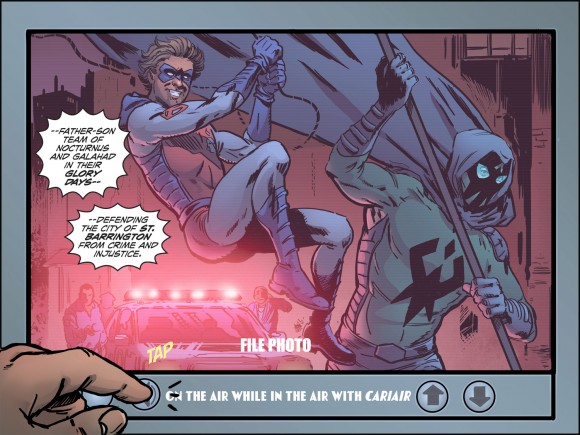 Prince Valiant, King Features. Having just completed his 4,000th adventure, Prince Valiant is stronger than ever! And it’s all thanks to the brilliant efforts of writer Mark Schulz and (new-ish) artist Thomas Yeates. They bring a fun and majesty to this classic strip with fresh ideas. Recent themes have included everything from the Loch Ness Monster to a Flash Gordon team-up to divorce and to the changing roles of women in society. And every third or fourth week, Thomas just knocks it out of the ballpark! 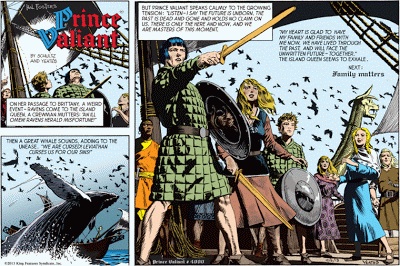 “Silent City,” by Alex Segura, Cordorus Press. I finished this mystery thriller – and it was fresh and fun! Thrills, chills, red herrings and rolling commentary about the drastically changing nature of newspaper reporting keep the reader engaged and saying “just one more chapter before I put this down.” And this novel kind of has its own soundtrack, as the lead character and narrator has deep knowledge of and love for music.  A great start to new mystery series and I’m looking forward to more! P.S. Just when you thought you saw it all, this book offers very clever chapter headings/page design. (Dan here: This is a novel novel, not a graphic novel. I recommend it too!) 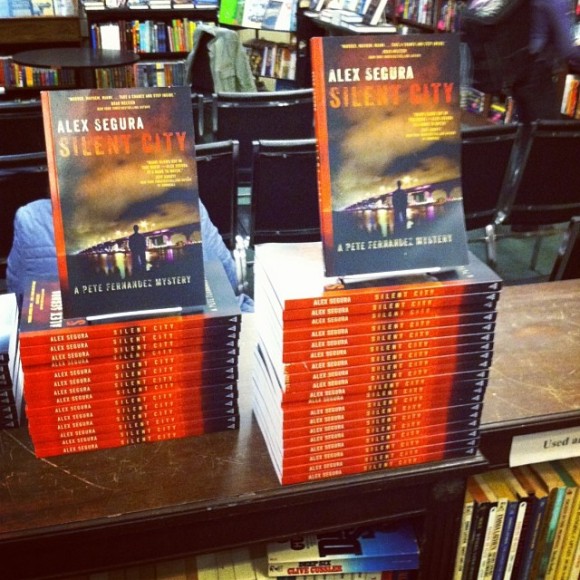