Steve Orlando and Artyom Trakhanov’s Undertow #2 is out now and #3 comes out April 23 from Image. Here are Steve’s own reading recommendations: 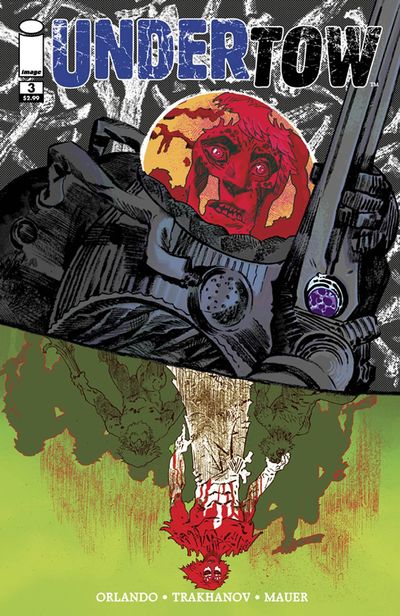 When I talk about comics, I think one of the main reasons my love of the format is so strong is because of what it can do. And the answer to that is: anything.

Unstrung from effects budgets and focus groups, comics combine words and pictures to tell stories in a different way than either of those two components do on their own. And that makes them incredibly dynamic. Sure we like to divide ourselves, “the superhero crowd,” or “the comics lit crowd” but when you get right down to it, comics are so much more than capes vs. indie. Sometimes it can be both! And a lot of that comes from their roots in folklore, which, thousands of years ago, we used as fantastic stories to talk about the highly unfantastic: our own lives.

To me, some of the best moments in comics are when those things meet, when we’re really walking in the footsteps of the storytellers and the audience sitting around a campfire in many years ago BC. We can visit the mundane, we can embark on high adventure, and there are great moments when it’s both. So I’m always returning to some of my favorite moments of comic synergy for inspiration. 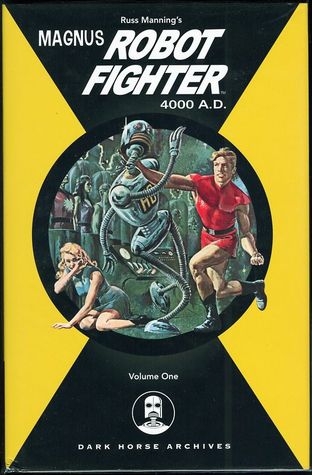 Magnus, Robot Fighter 4000AD, Dark Horse Comics. Russ Manning was a genius ahead of his time. When you look at his work it’s easy to see the wild work of Baby Boom-era science fiction, with clunky robots and zippy contraptions. He almost creates a world that’s like The Jetsons by way of John Woo. Manning’s update on Tarzan, a human raised by robots in a world where humanity has all but surrendered to sloth, is kinetic and inventive for the time.

Manning slips in some standard contemporary romantic plots, but knows what people signed up for, and that’s for the trademark shots of his hero karate chopping robots to bits. But he’s prophetic as well, visualizing a world where humans have become too dependent on machines and technology, and the machines are just getting smart enough to realize it. Echos of this idea showed up in other stories for decades, and show up today. It’s eerily gripping even today, despite the retro feel, as we give up more and more of our privacy and security to technology in the name of convenience. 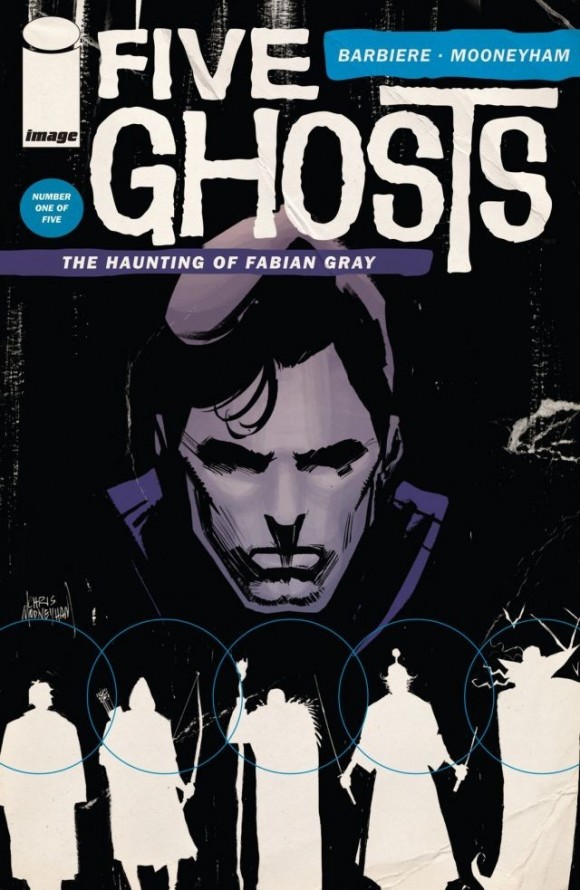 Five Ghosts: The Haunting of Fabian Gray, Image Comics. This is modern pulp at its best. Frank Barbiere and Chris Mooneyham are inventing a contemporary Indiana Jones with a fantasy edge, and it’s honest and proud adventure story makes it one of my first reads every month. The conceit of having the lead inhabited by five different iconic characters from fiction is an ingenious way to play with genre, from Fabian’s detective skills to his vampiric trappings, and in between. Mooneyham’s work recalls Neal Adams and Gene Colan in a gorgeous way. This is unabashed fun, with the first arc a tomb-raiding romp and the current a high seas contest. If you miss Tomb of Dracula, in all its inky, dark corridored glory, this is a book you should be reading. 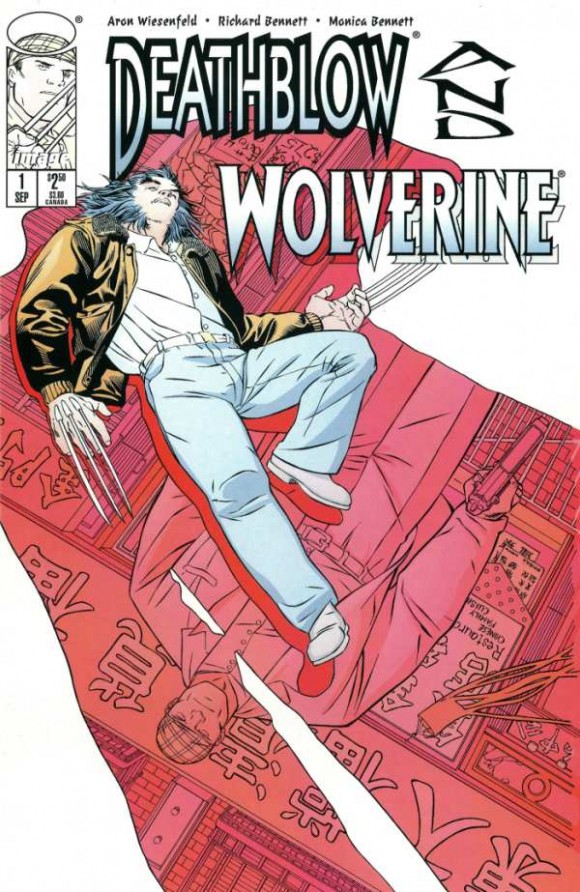 Deathblow/Wolverine, Wildstorm/Marvel Comics. A hidden classic for many who may have judged this book by its cover. I am constantly returning to this book for one reason: its once- in-a-lifetime combination of Joe Bennett and Aron Weisenfeld. The duo never worked together again, but their work in this book is a perfect storm of exciting, energetic action storytelling. These pages move like few can. And the story, seemingly set in the nondescript ’70s or ’80s, is total fun.

It’s “Big Trouble in Little China” with Wolverine, and just about as explosive as you’d imagine that is. The art, as I said, is ahead of its time, with a soft open line and light pastel palette that make this seem like something that is coming out now, not more than a decade ago. If you overlooked this thinking it’s just another ’90s crossover in the quarter bin, you need to go to there. 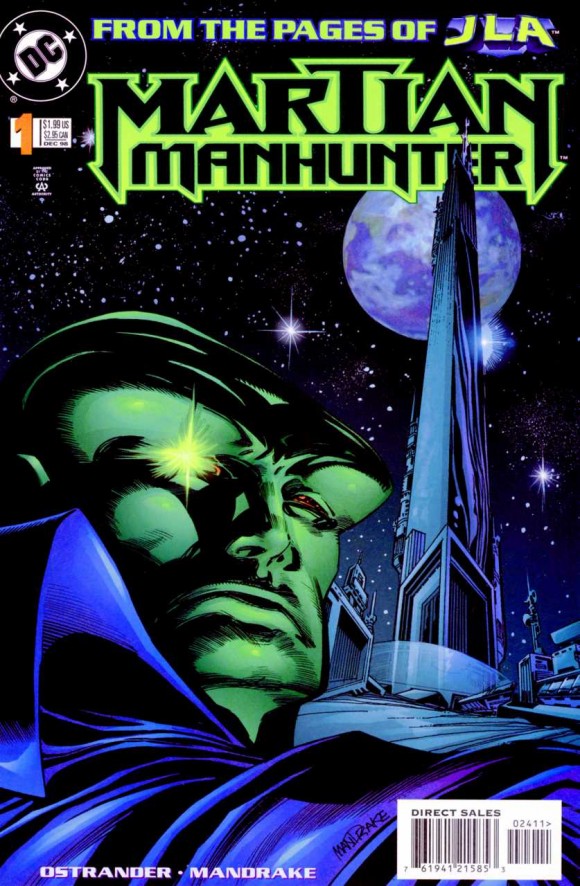 Martian Manhunter, DC Comics. Launching off the success of Grant Morrison and Howard Porter’s relaunch of the JLA, Martian Manhunter was a follow-up by the Spectre creative team of John Ostrander and Tom Mandrake. While there’s plenty of explosion, the team takes the same amazingly smart, inventive eye to the Manhunter from Mars that they took to Jim Corrigan. In fact the characters presented similar challenges. Both were thought of as too powerful to be consistently interesting, but in both cases Ostrander and Mandrake made something truly special. Like a lot of late ’90s DCU books, this was in some ways more like a Vertigo entry. We get horrific villains, largely all original to the character, and perfectly suited for Mandrake’s line. And beyond that, throughout the entire series we get a gripping, in-depth exploration of relationships and social structures for a race that can both shape shift and communicate telepathically. Ostrander erases what we think about relationships from a human point of view, and rewrites the rules beautifully. In doing so he makes the Manhunter more of a unique character than ever before.

This book launched just as I returned to comics writing, and looking back on it, the combination of action and exploration of a different race’s social and emotional lives is a clear influence on how I approach my work today. There would in fact be no Undertow without Ostrander and Mandrake’s Martian Manhunter.