Just in time for Halloween…

One of comics’ all-time great horror runs is getting a new collection this fall when DC publishes Swamp Thing: The Bronze Age Vol. 1, a paperback collecting the first 13 issues of Len Wein and Bernie Wrightson’s ’70s classic, as well as Swampy’s first appearance in The House of Secrets #92.

Check out the solicitation info (which will be released officially next week), as well as this EXCLUSIVE FIRST LOOK at Karl Kerschl’s cover: 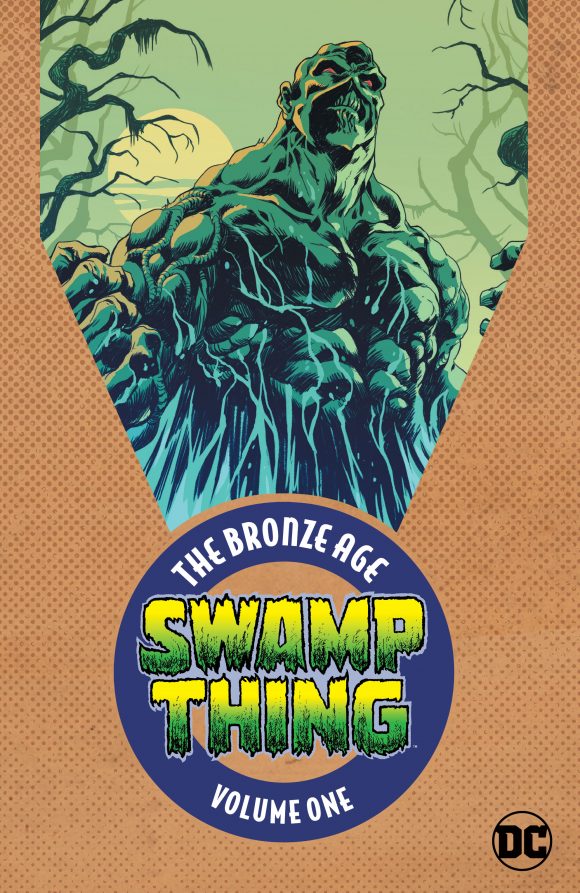 Swamp Thing’s early adventures are collected in paperback with SWAMP THING: THE BRONZE AGE VOL. 1. Deep in the bayou of Louisiana, far from civilization’s grasp, a shadowed creature seen only in fleeting glimpses roils the black waters…a twisted, vegetative mockery of a man…a Swamp Thing! These are the tales that introduced Alec and Linda Holland, Anton Arcane, Abigail Cable, the Patchwork Man, the Un-Men, plus an appearance by Batman! Collects THE HOUSE OF SECRETS #92 and SWAMP THING #1-13.