WATCHMEN RPG Modules From the ’80s Coming Back to Print

Never compromise. Not even in the face of Armageddon. So let’s play!

For all the anxiety and outrage over sequels and prequels to Alan Moore and Dave Gibbons’ Watchmen, a lot of fans forget that DC tapped the seminal graphic novel for additional content (read: bucks) back in the ’80s.

There was the Watchmen role playing game — sanctioned by Moore and Gibbons — as well as appearances in Who’s Who and Rorschach’s sorta-cameo in The Question.

Well, with the HBO show in the offing, DC in December is publishing the Watchmen Companion, a collection of all of these materials, according to DC’s latest solicitations. 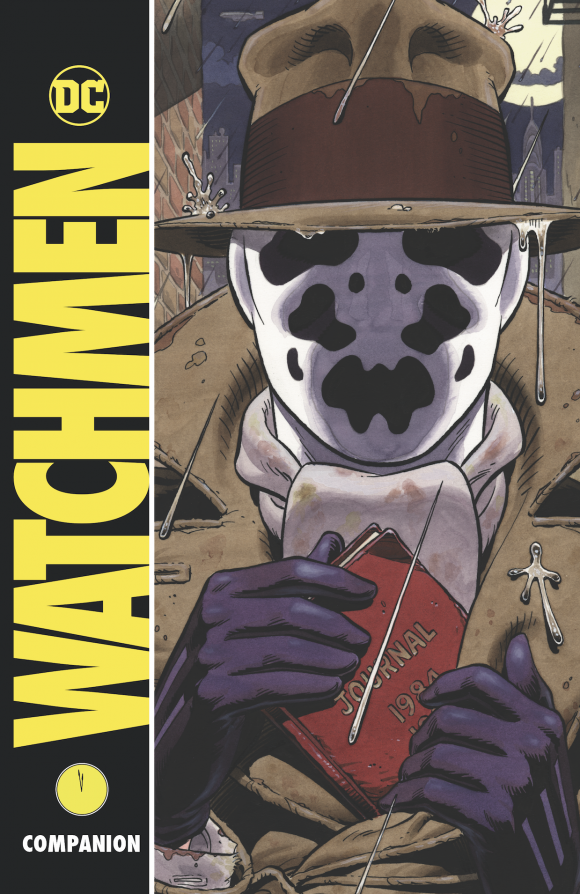 WATCHMEN COMPANION HC
Written by RAY WINNINGER, DANIEL GREENBERG, DENNIS O’NEIL, and others
Art by DAVE GIBBONS, DENYS COWAN, RICK MAGYAR, and others
Cover by DAVE GIBBONS
The Watchmen Companion collects for the first time long-out-of-print, rarely seen material based on the landmark comic book series!
The Watchmen Companion includes the Watchmen: Watching the Watchmen and Watchmen: Taking out the Trash game modules, along with the Watchmen Sourcebook, released in 1990 as part of the DC Heroes role-playing game—sanctioned by Alan Moore, including illustrations by artist Dave Gibbons created especially for the game, and expanding on the mythos of the Watchmen series.
This volume also collects pages from Who’s Who in The DC Universe featuring the Watchmen and Minutemen characters, The Question #17 (guest-starring Rorschach!) and a page from the rare, promotional DC Spotlight #1 from 1985 that marked the very first appearance of the Watchmen cast in print!
ON SALE 12.18.19
$39.99 US | 272 PAGES
FC | 8.5” x 11”
ISBN: 978-1-77950-239-1

I gotta imagine that if Watchmen is your jam, you’ll be all over this. It’s definitely a cool pick-up. (Though a deluxe edition with the little metal figures would be rad.)

Anyway, when I see something like this, my imagination starts to go into overdrive. As in, how great would it be if DC republished all of its ’80s RPG modules? And a Who’s Who omnibus?

A man-child can dream, huh?

— Why It’s OK That WATCHMEN and the DC UNIVERSE Are Colliding. Click here.