Waid and Ramos’ IMPULSE Omnibus Due This Fall

The fan-fave ’90s series gets the big treatment.

The Impulse by Mark Waid and Humberto Ramos Omnibus, will be formally announced in Monday’s DC Comics solicitations, but here’s the straight dope, right from the publisher:

Written by MARK WAID and others

Art by HUMBERTO RAMOS, WAYNE FAUCHER, OSCAR JIMENEZ and others 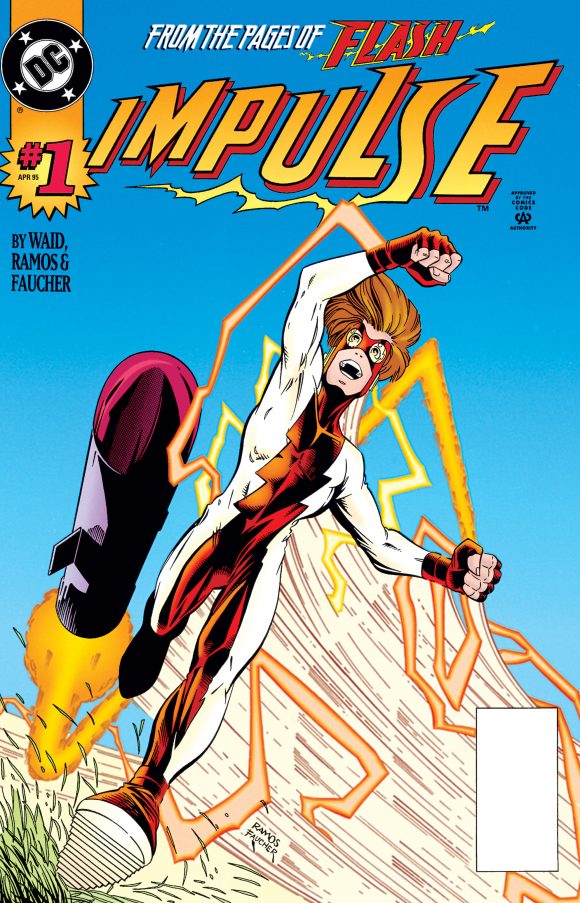 This fast-paced hardcover includes Impulse’s relocation from the 30th century to his adventures in 20th-century Alabama under the tutelage of speedster Max Mercury. In these early tales, Impulse meets White Lightning, battles the ninja crew of Savitar, teams up with Zatanna and visiting Legionnaire XS and more! Collects IMPULSE #1-27, THE FLASH #108-111 and a story from SECRET ORIGINS 80-PAGE GIANT #1.