Turning BATGIRL Into a Work of Art

A BATMAN ’66 WEEK EXCLUSIVE: Celebrating the heroine who saved Gotham.

The other day, on the 50th anniversary of the show’s last episode, I posted 13 QUICK THOUGHTS: In Defense of the Final Season of Batman ’66. You can click here to check it out. I think you’ll dig it.

But I’ll give away one thing: The No. 1 reason was Yvonne Craig’s Batgirl, an actress and character who saved the season. 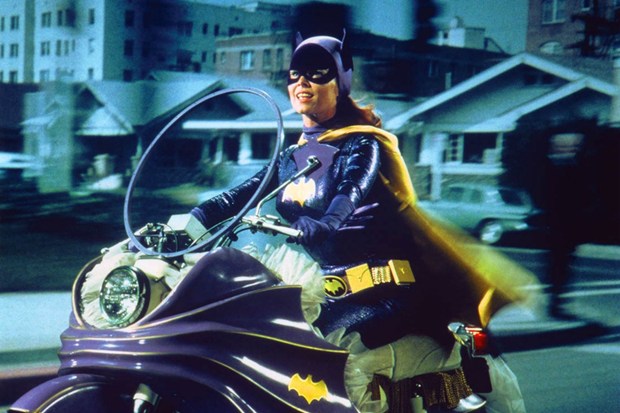 The best part was the response: Pretty much everyone enthusiastically agreed — and a number of people made the same joke that Batgirl wasn’t just the top reason, she was ALL the reasons, 1 through 13.

So how perfect is it that there’s a cool, new Batgirl item headed our way this summer from Diamond Select Toys: a 7-8-inch, vinyl bust bank, joining Batman, Robin, the Joker and Penguin. 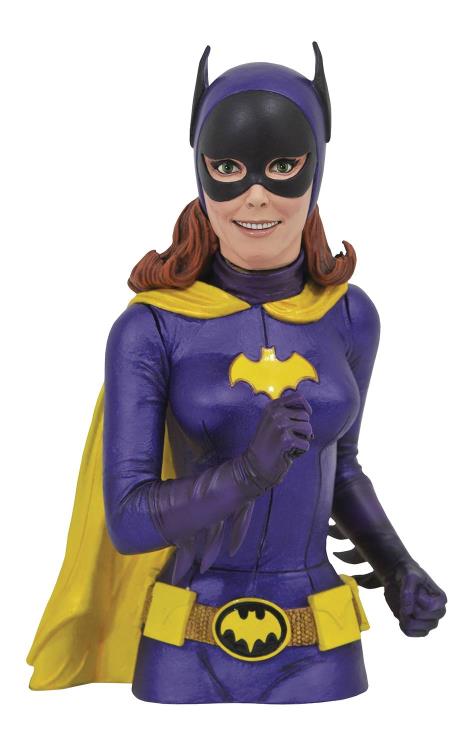 She was announced a little while back (click here for more info), but now we’re going to take a look at what went into creating her, given how much Batgirl love we’ve seen this week.

Over the last few years, we’ve done a number of stories taking you behind the scenes with DST’s statues, props and busts. (You can click here for the complete index.) There is serious craftsmanship involved with these, so I was glad the timing worked out to focus on the efforts of designer Barry Bradfield and sculptor Jean St. Jean.

I really enjoy looking at the images below because you really get a sense of the skill involved. This may be a commercial venture but it’s still art.

So check out these pix, and see what Bradfield and St. Jean — both first-rate Batman ’66 fans — had to say: 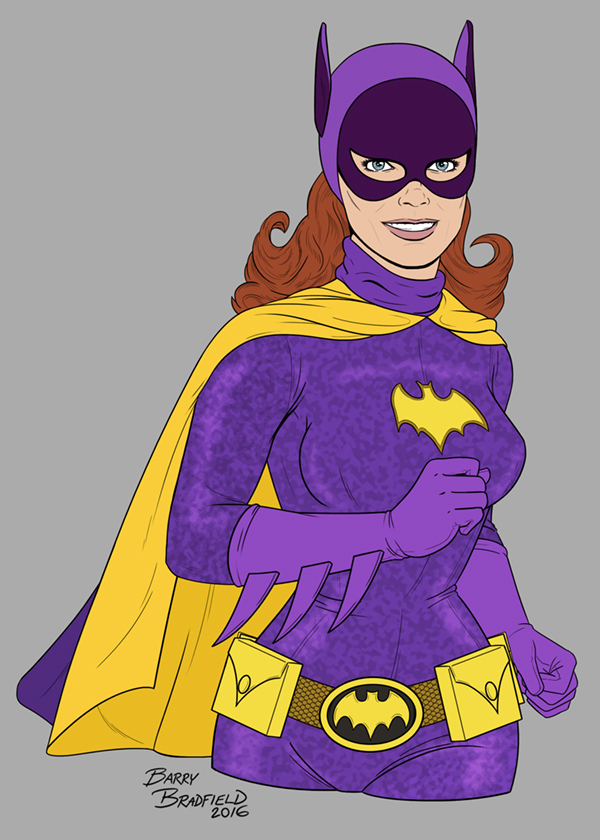 Dan Greenfield: Where did this design idea come from?

Barry Bradfield: I try to put characters in poses that complement each other, and the banks of Batman and Robin were in somewhat action-y poses. The Premier Collection statue already was posed with her hands on her hips (click here), and the resin bust was holding her cape out (click here), so I tried to think of a different action pose for the bank. Most of her fighting involvement is kicking and that doesn’t really work for a bust. Instead, I decided running up to join Batman and Robin would be great. 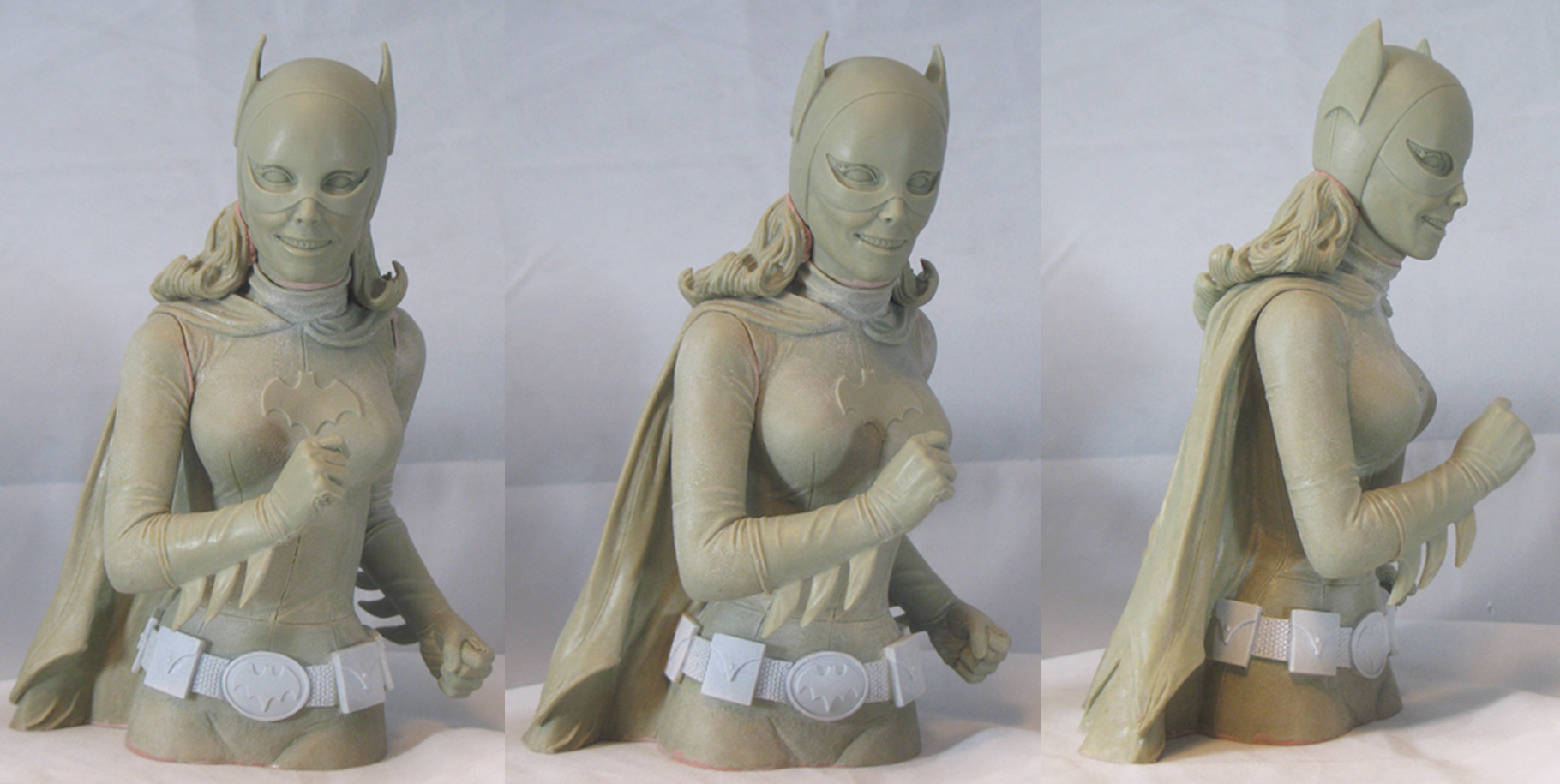 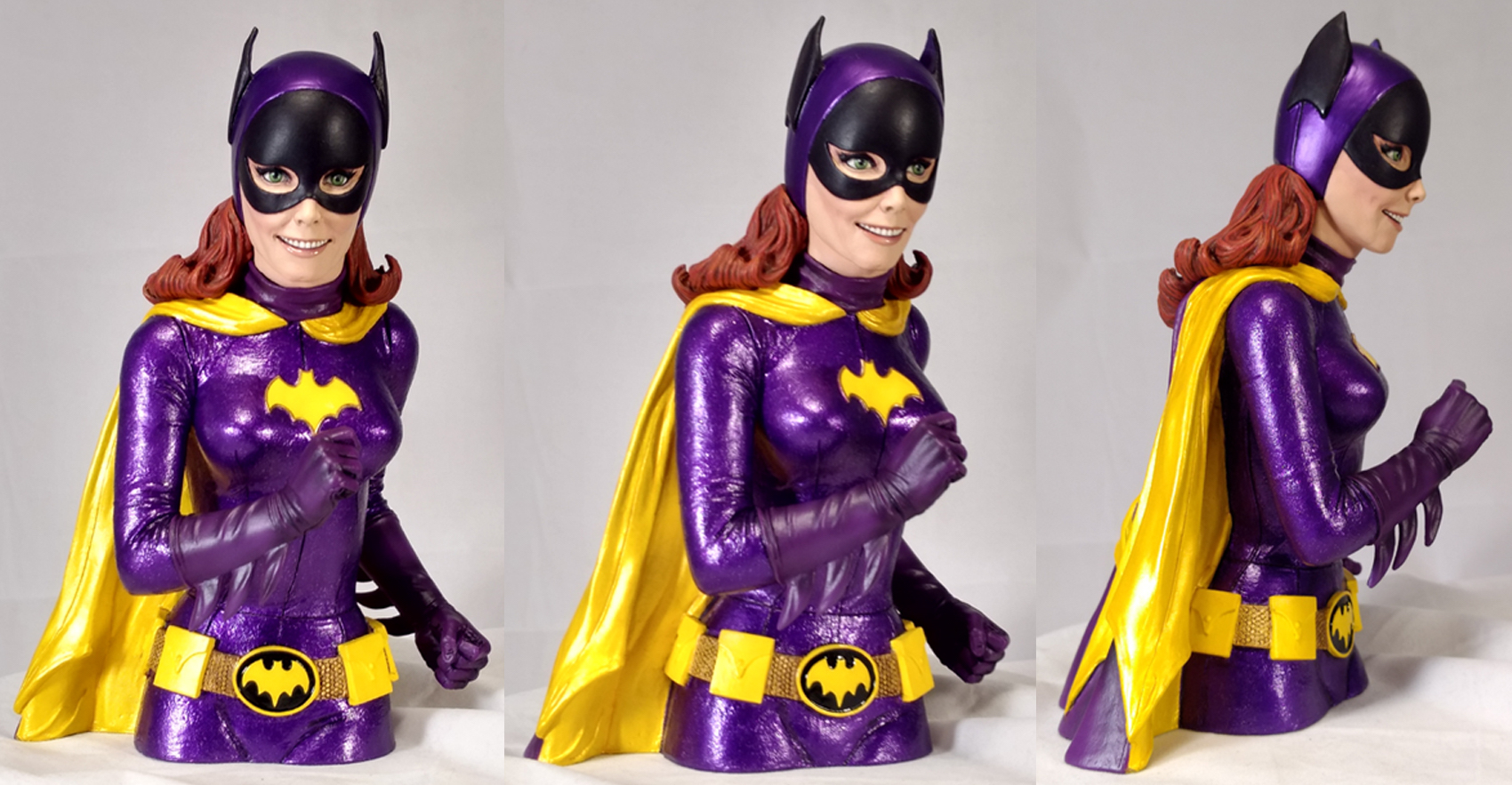 Dan: Is it easier for you to design a minibust or a bank?

Barry: It’s roughly the same, but for a bank you have to think a bit more about the fact that it’s made of plastic. When empty, the bank needs to balance properly as it has no heavy base to hold it up. Limbs can’t be too far out from the body because of this. It also would add to the cost if the cape had to be a separate piece, so it’s best to form it to the body more.

Dan: Jean, is it easier for you to sculpt a minibust or a bank?

Jean: The banks are more work just because they’re double the size. But in terms of the likeness work and studying the costume detail, they’re about the same level of complexity. 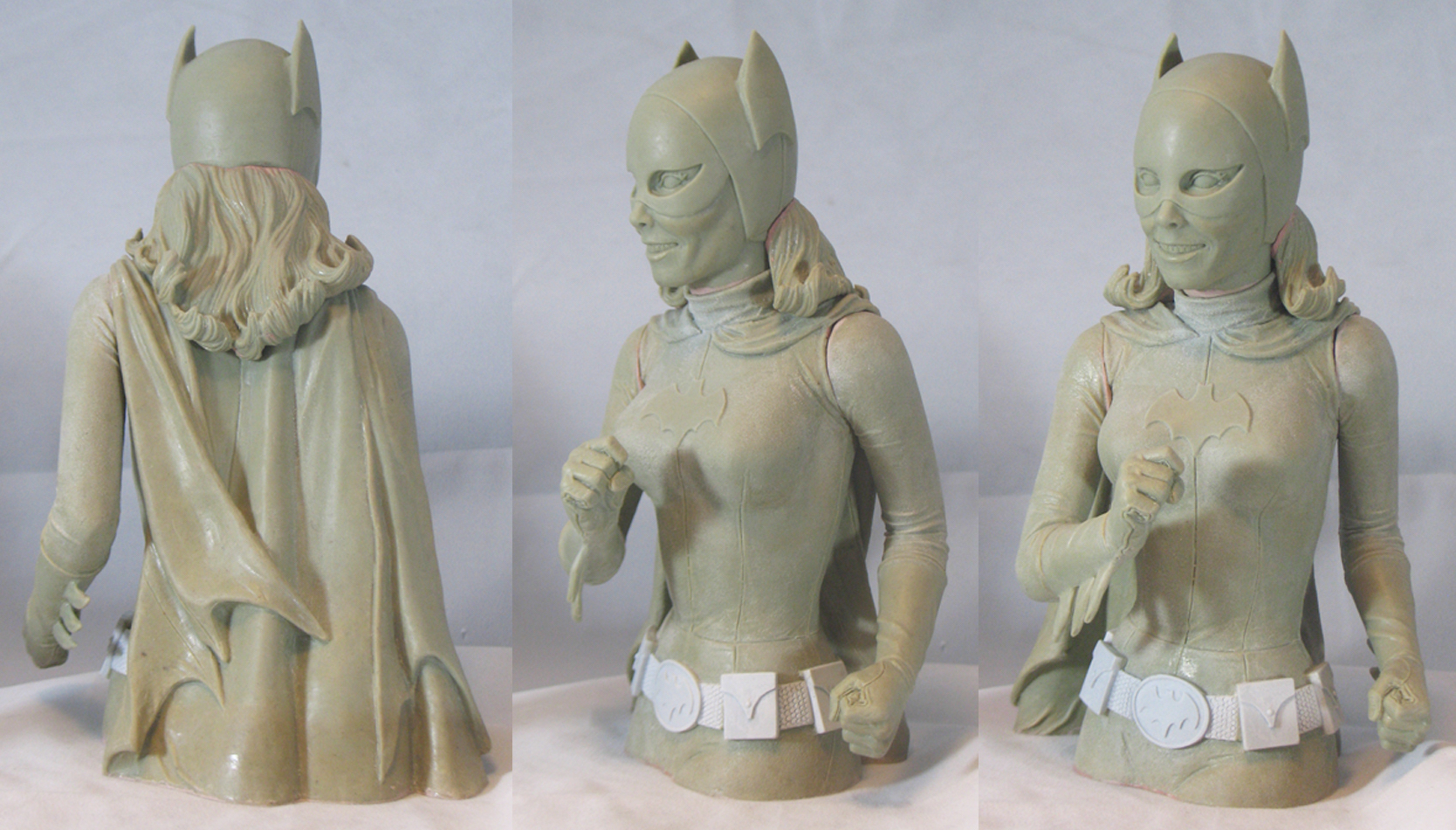 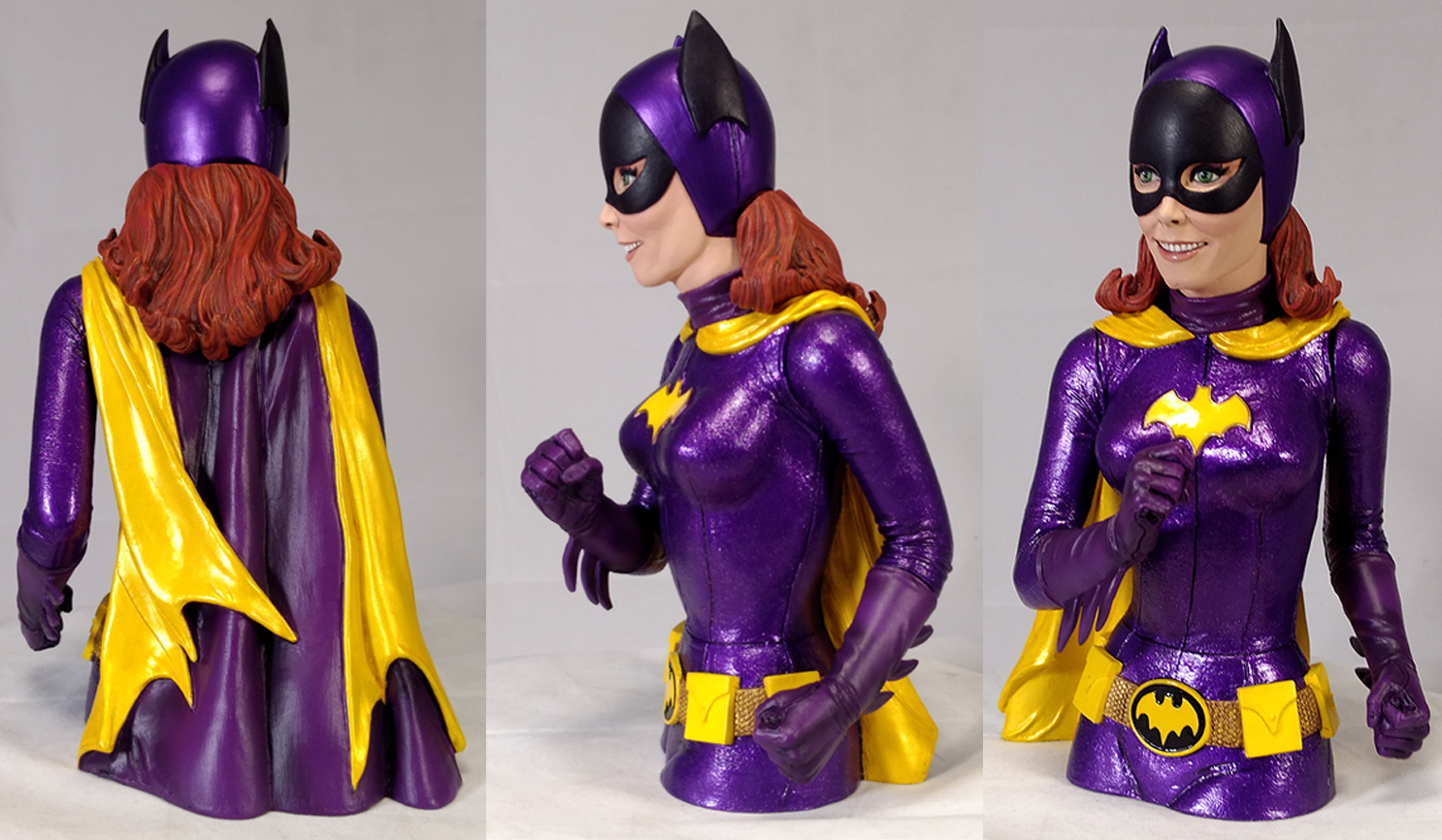 Dan: We’ve seen Batman, Robin, Joker and Penguin so far. If there are more, who would you like to do next?

Barry: Riddler and Catwoman would be my choices to round out the villains. If fans want to see more, then show your support!

Jean: I think rounding out the main villains in bank form would be a great wrap-up, adding Catwoman, and Riddler at least. Especially Eartha Kitt. I always loved her. Easily my favorite Catwoman.

These guys aren’t done yet. As we showed you at Toy Fair (click here), Diamond Select has three more minibusts on the way: Bruce, Dick — and their gentleman’s gentleman, who just happened to be Batgirl’s loyal aide, too: 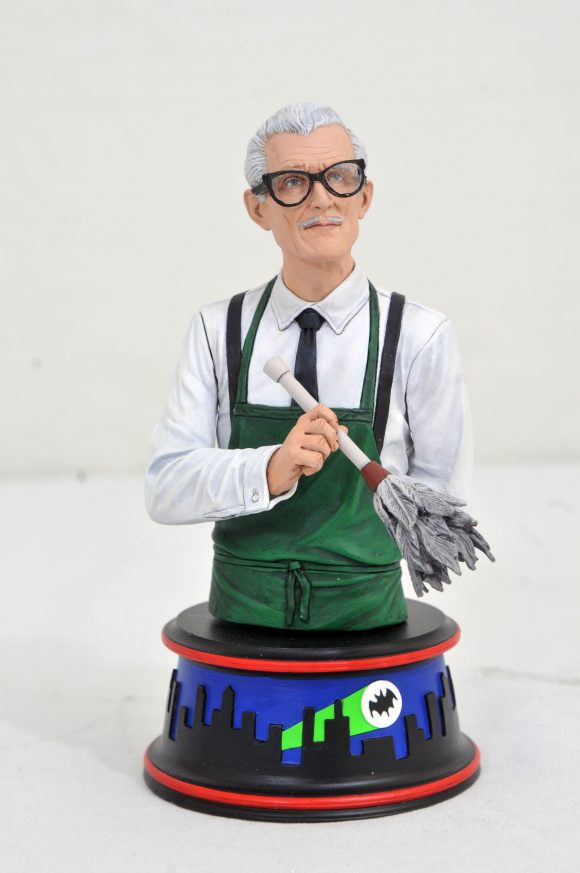 Believe me, there’s more to talk about soon…

— For the BATMAN ’66 WEEK INDEX of features, click here.

— For the DIAMOND BATMAN ’66 INDEX of features, click here.