So far, the 1980s version G.I. JOE has factored prominently in this series, with charming reminiscences by top-flight artists like David Mack (click here) and Jamal Igle (click here).

Now, it’s Shawn Martinbrough’s turn. The former Detective Comics and Thief of Thieves artist’s latest project is the sci-fi ComiXology Original Prométheé 13:13, with writer Andy Diggle, and he’s all in on all things JOE. 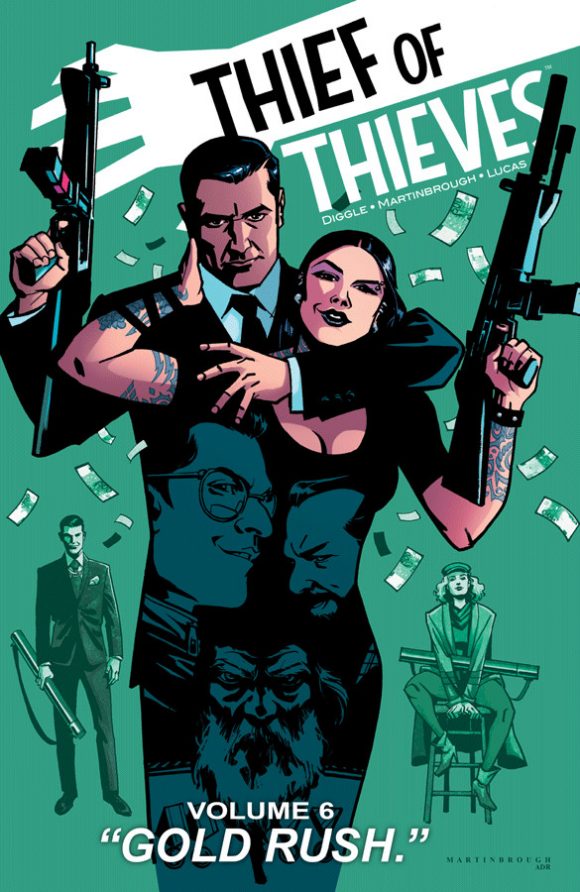 The year was 1982. In the wake of the original Stars Wars trilogy merchandise onslaught from Kenner toys, Hasbro had their target set on capturing the toy market throne. The upper brass behind the new G.I. JOE toy line launched an all-out assault to capture the imagination of young boys and their lunch money.

We didn’t stand a chance.

The original G.I. JOE toy brand, known for its doll-sized, fairly accurate military dress style, was given a makeover. This new 1980s version of the G.I. JOE toy would be smaller in size, “fully articulated” and more in line with the popular Star Wars figures.

I must admit, the marketing was brilliant. Hasbro had a very popular G.I. JOE animated show running concurrently with a Marvel comic-book series, both of which fueled the sales of the action figures. 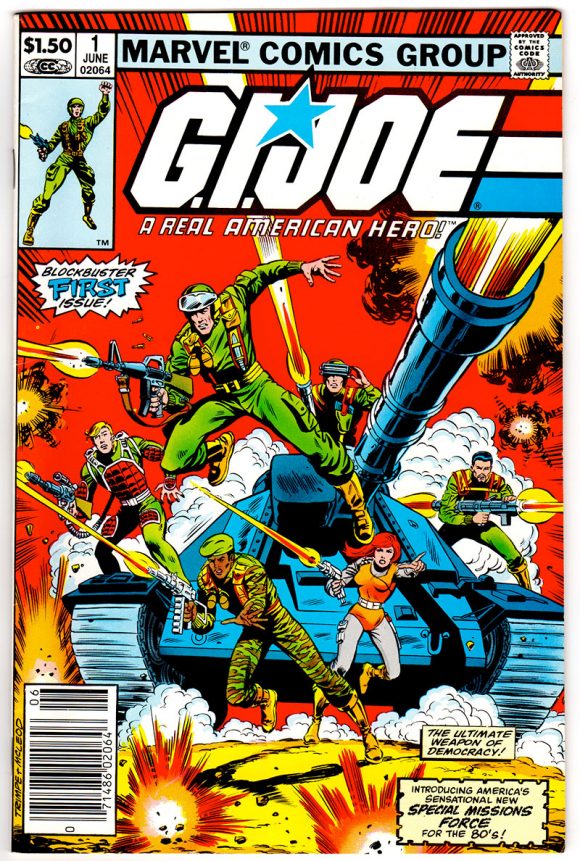 Unlike the original G.I. JOE figures, which reflected a more grounded military sense, these new, more colorful figures merged the martial with superhero costume sensibilities. Uniformity? Out the window. Visual cohesion? Discharged. Each character possessed a different color palette and style. All my friends and I needed to own every single one.

The first wave of G.I. JOE figures started out pretty basic. For example, there were names like “GRUNT,” “HAWK,” “FLASH,” “SCARLETT,” “BREAKER,” “STALKER” and the enemy “COBRA” figure. The Cobra figures were a shrewd update of the Star Wars Stormtrooper figures: faceless legions that demanded to be purchased in bulk. Those devious Hasbro bastards. I bought at least five of those with my allowance. 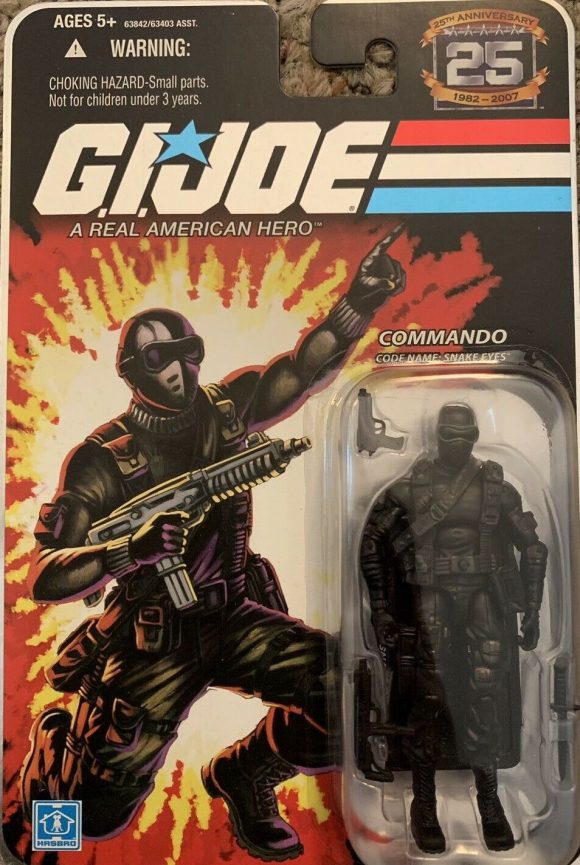 The superhero of this first wave was Snake Eyes. Dressed in all black, with a gun, sword and helmet shielding his identity, Snake Eyes was the instant collector’s favorite. This mysterious character perfectly dovetailed with another ’80s fad, the ninja.  Every boy on my block loved those D-movie, subtitled, ninja-themed masterpieces, but I digress.

G.I. JOE exploded out the gate. Just when you’d begged, borrowed and stolen to collect all of the figures currently in store, Hasbro released another wave. The characters grew more outlandish than the previous generation. From Destro, the mercenary with the metal mask and elitist attitude, to Zartan, the hooded killer with an Australian accent who had chameleon powers, G.I. JOE moved further away from The Guns of Navarone to Return of the Jedi. 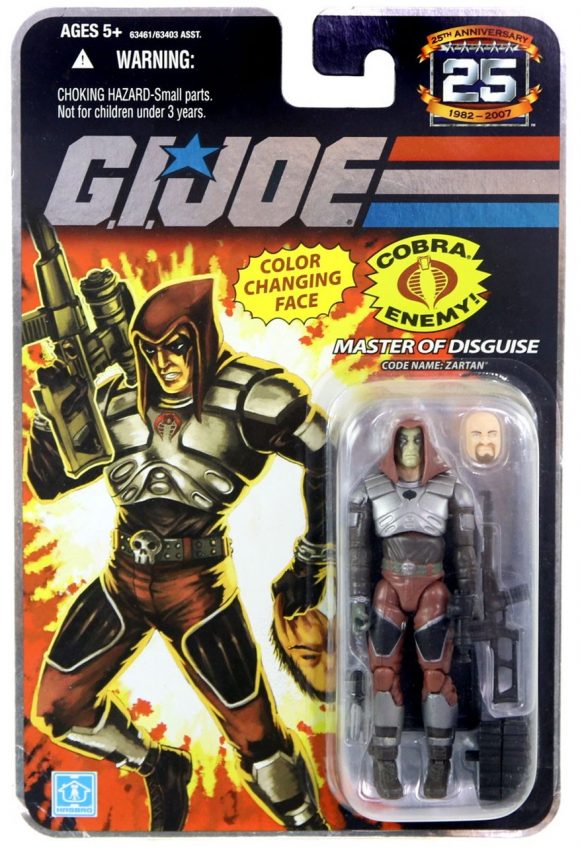 Oh, and did I mention the vehicles? Hasbro unleashed G.I. JOE tanks, jeeps, trucks, helicopters, jet planes and an aircraft carrier. Yes, my friends, they pushed a full-scale aircraft carrier on us unsuspecting kids.

Years later, after becoming a professional comics artist, I was fortunate enough to spend an afternoon with Larry Hama. Larry, a gifted writer and sweet soul, wrote the G.I. JOE comic book and created most, if not all of the 80s G.I. JOE characters these toys were based on. It was a real honor. 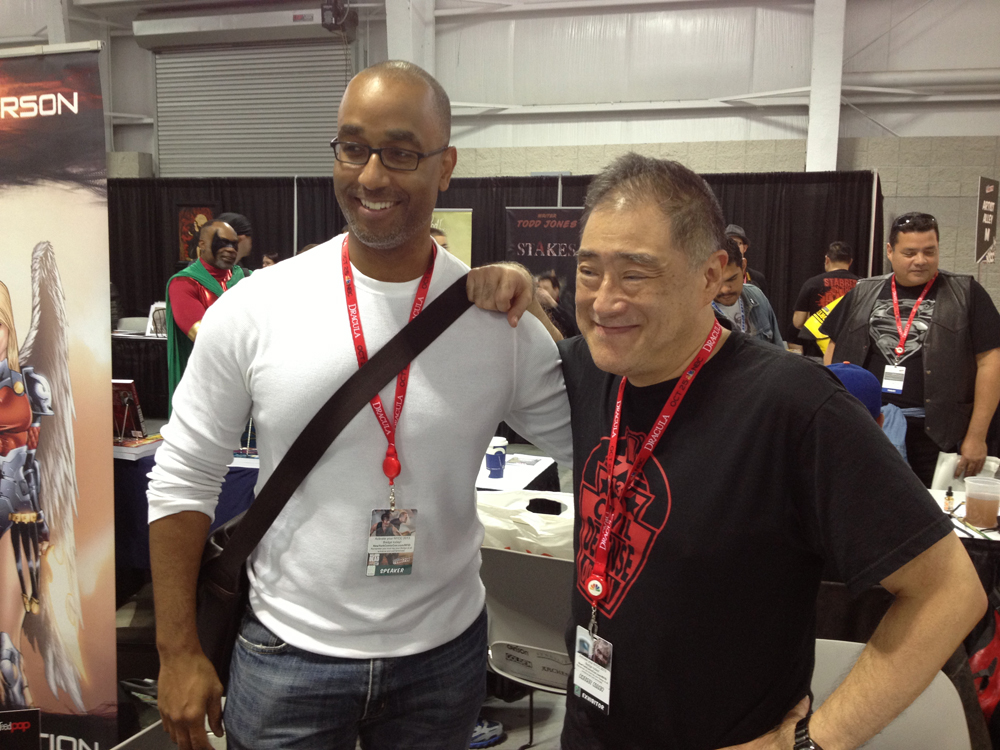 I grew out of the toy-collecting phase but still have a lot of my old G.I. JOE toys buried in a box in a closet at my folks’ house. Over the years, I’ve visited many an office in the comic industry filled with toys and never got the fascination as an adult.

A few years back, a buddy gave me a toy for X-Mas. It was an obscure space soldier character from the film, Alien 3. Once again, I became fascinated by the new “fully articulated” features and details of these new toys.

I didn’t stand a chance.