You’ll have a Yabba Dabba Do time!

This time out, we’ve got Kevin Nowlan, one of the most popular artists around.

Kevin’s favorite toy as a young ‘un was cartoon-related. Which is somehow fitting because a lot of people don’t know about his early role in shaping the seminal Batman: The Animated Series. Here’s just one example of his character designs: 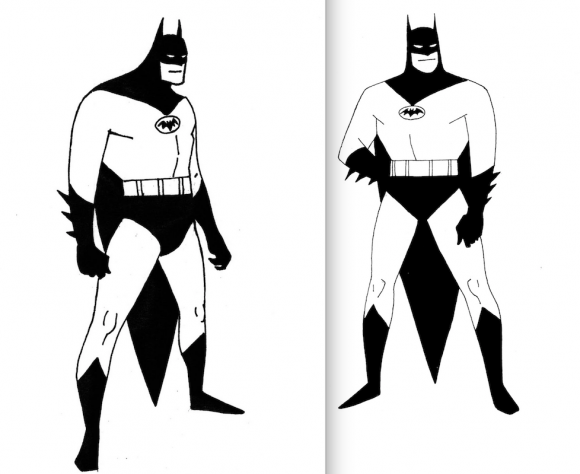 And you should click here to check out a whole bunch more. You’ll be really glad you did.

Anyway, here’s Kevin and the toy that helped form the bedrock of his childhood. (Ouch, sorry.)

In the early ‘60s, I had a Marx Flintstones Bedrock playset and it was beautiful.

More than a dozen little 2-inch monochromatic figures of Fred, Wilma, the Rubbles and other town folk. There were snap-together stone buildings, foot-powered cars, tropical trees, stone walls and a big plastic mat to build your little prehistoric town on. 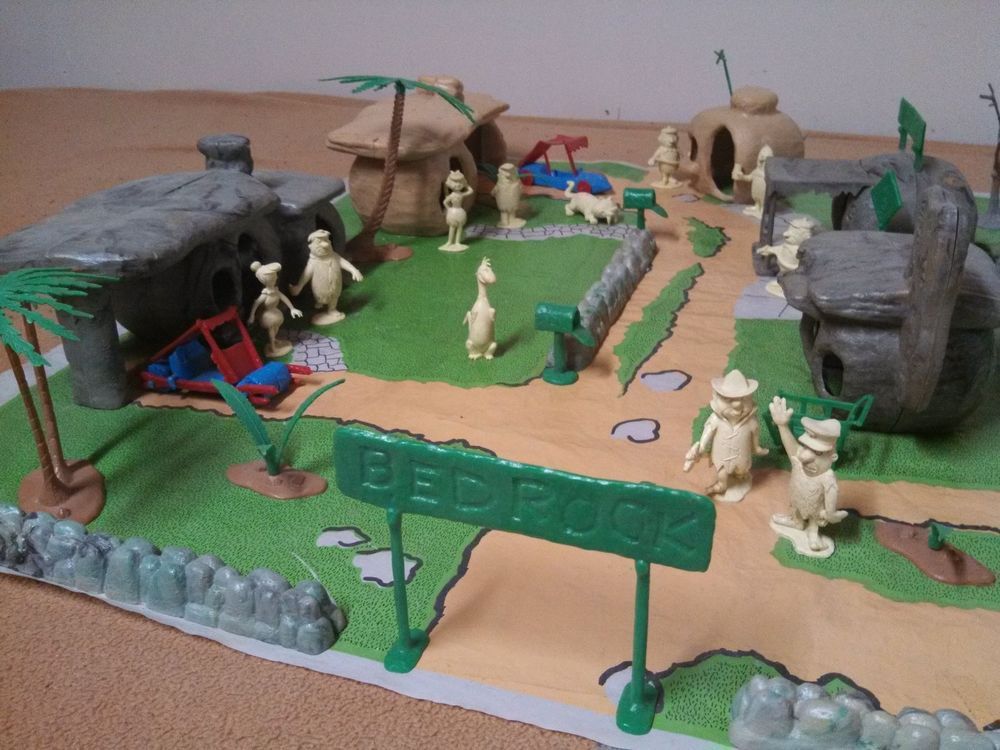 This example was found on eBay.

Of course we all know the show’s main characters were swiped from The Honeymooners (if you’re going to steal, steal from the best!) but Ralph and Alice didn’t have Hoyt Curtin music or dinosaur appliances.

The Flintstones show also had some nice, simple 2D hand-painted, bigfoot cell animation. The character designs were flat in the extreme, as if they’d been run over by a steamroller. Seeing Fred and Barney and the other Bedrockians as artfully sculpted little 3D plastic statues was some powerful gypsy magic for my young mind: “Look you can see the back of Fred’s head! They never show that on TV!”

My original set is long gone but now I know I’m going to have to hunt down another one on eBay and pay a small fortune for it. We’ll set it up once or twice and I’ll try to convince the grandson (about the same age I was in 1961) that it’s all cooler than it looks.