The man who beat Armstrong to the moon…

This time around we’ve got A-List writer Mark Waid, whose new Dr. Strange series just happens to be launching Dec. 26. 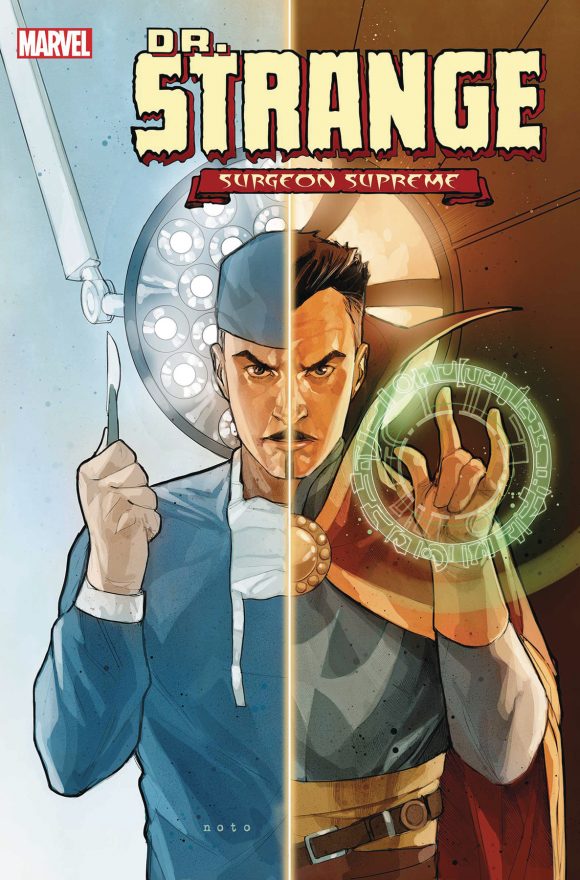 On May 25, 1961, President John F. Kennedy announced his goal of putting a man on the moon by the end of the decade. In a rare case of a politician’s promise coming true, it actually happened. But it took a lot of hard work from tens of thousands of government employees, private scientists and brave astronauts as we raced the Soviets to the claim of first lunar landing. And that meant those efforts were in the news constantly.

America’s interest in NASA’s accomplishments ran strong throughout the 1960s. Both because Americans took a unified pride in their country and because — sadly, cynically — it provided a distraction from the chaos of the Vietnam War, the “Space Race” was a fundament of ‘60s U.S. culture, especially among children whose imaginations were sparked by the promise of charting new frontiers in the sky.

Toy companies, of course, latched on like mad, creating all kinds of toy “space guns” and play “rocketships,” but none of them capitalized on the space fad on the scale Mattel did. In the mid-’60s, it launched a rubber bendy wire-jointed action figure called Major Matt Mason, an astronaut who lived and worked on the moon. Or, as I’m sure I phrased it to Santa when I was 5, “HE LIVES ON THE MOOOOON!” 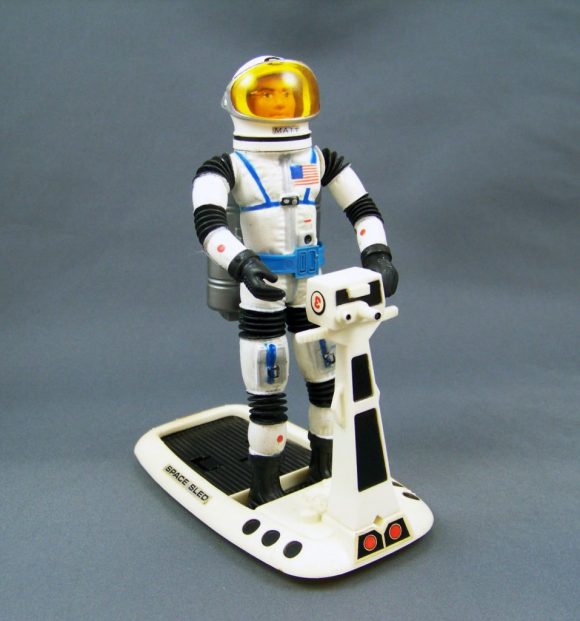 Pix from various spots on the web

That Christmas, Santa delivered big. Not only did I find a Major Matt Mason doll under the tree, complete with his Space Sled and “flying backpack” that slid him along a special spring-loaded string, but I also got his massive, battery-operated Space Crawler and, best of all, his modular Space Station.

Oh, my God, that Space Station. It required assembly, it was more than half my height (back then), it could be reassembled in various configurations, and it made me SO. HAPPY. Let me repeat that: SO. HAPPY. 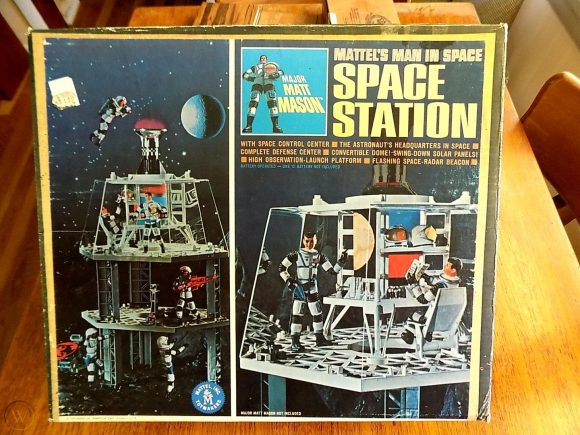 Atop the station shone a battery-operated “space beacon” with a bright purple light that is to this day, to me, the exact color of childhood joy. Though mine’s long-gone, I found another on eBay years ago, and when I turned on that beacon, it was like Frankenstein hearing the violin. Even now, if you want to watch me find instant peace in a chaotic day, just show me that purple light. Works every time. 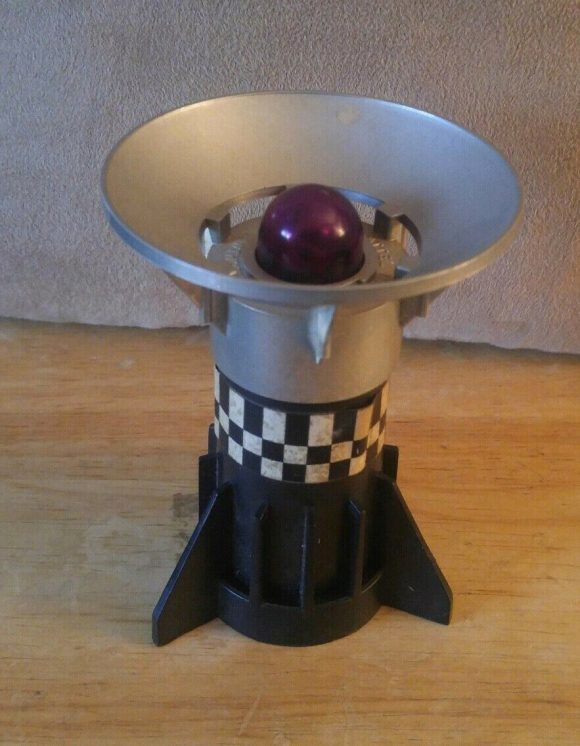 Unfortunately for the Major, once we finally did reach the moon, kids began turning their attention to the Next Big Thing (hello, Hot Wheels), and the dying toy line was promptly discontinued. Even DC Comics turned its back — the company had commissioned the first issue of a Major Matt Mason comic from writer Denny O’Neil and artist Murphy Anderson only to burn it off a year or two later, retitled “Glenn Merritt,” in one of their science-fiction reprint titles. 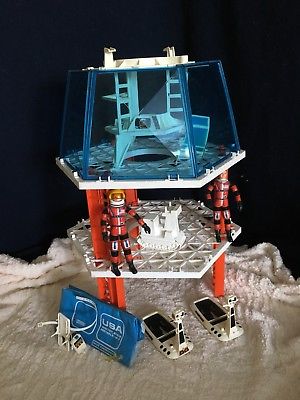 Yet to this day, there are those of us who hold dear our memories of Space Crawlers and Space Sleds. Maybe, if you’re just the right age, you do, too. 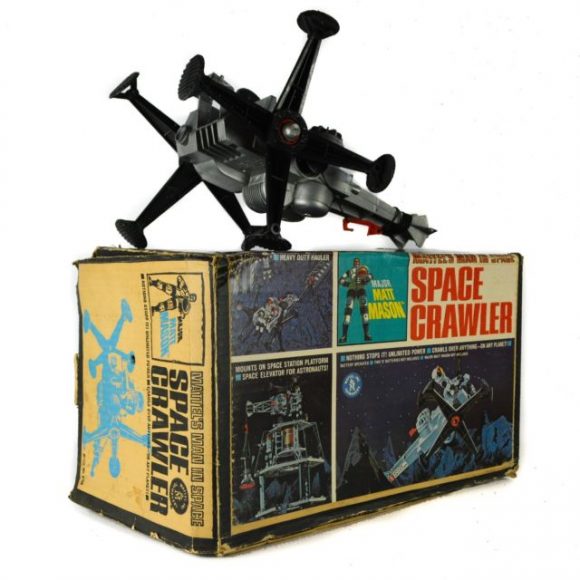