Thor’s Great and All, But Check Out HEATHEN

Home » PREVIEWS » Thor’s Great and All, But Check Out HEATHEN

Vol. 1 of up-and-comer Natasha Alterici’s first major work is being collected by Comixology’s Submit on 1/20. 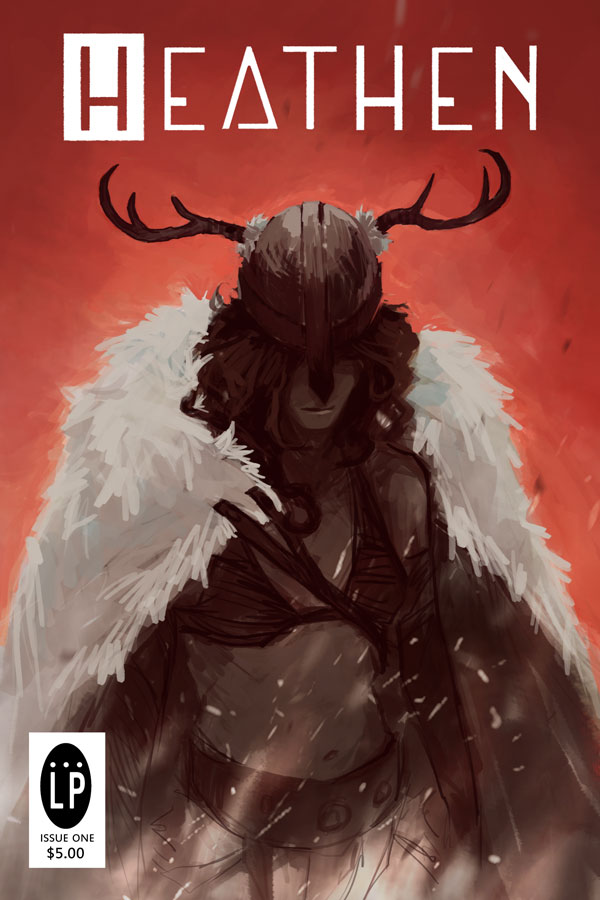 Y’know, I had some fun making fun of Marvel’s Thor the other day but obviously Norse mythology is ripe for epic storytelling. And you don’t have to be Jason Aaron or Walt Simonson to enter that world: Natasha Alterici’s taking a bold step into that realm, as well.

Never heard of Natasha Alterici? You will.

The talented young artist from Oklahoma spins the tale of Aydis, a young Viking woman in Heathen, which is being published through Comixology’s Submit program. The first volume, collecting the first four issues, will be made available on 1/20 for $6.99. 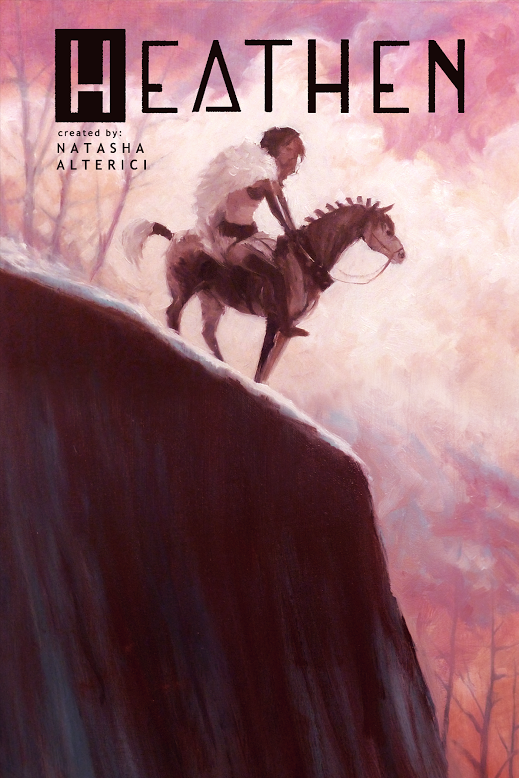 Dan Greenfield: Tell us about Heathen.

Natasha Alterici: Heathen is the story of a young Viking woman who is on a mission to end the tyrannical reign of the god-king Odin and she does so by teaming up with the legendary valkyrie, Brynhild.

Dan: This sort of feels like kind of the flip side of the more famous Thor story. Were you mindful of that when you decided that you were gonna write this?

Natasha: Absolutely. I knew that Thor and Loki are very big characters in the Marvel Universe and I wanted to stay as far away from them as I could, so when I was researching Norse mythology, looking for other characters that I could potentially write for, I discovered the story of Brynhild and I really was very, very interested in telling her story. 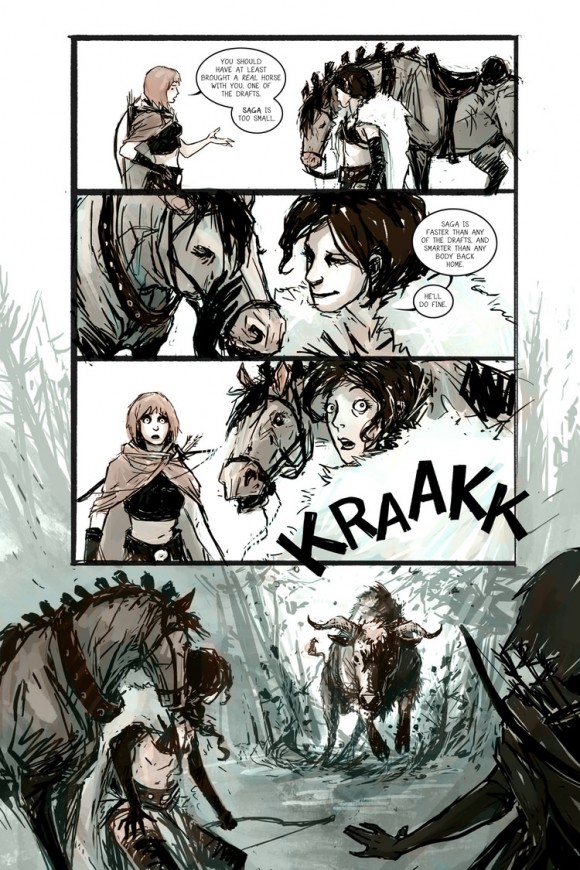 Dan: What kind of research did you do?

Natasha: I was reading all about these different Norse mythology characters and I came across the story of Brynhild. She is this valkyrie woman, she’s a very powerful woman, she’s a warrior, she’s kind of a terrifying figure to the Norsemen, to the warriors, and yet she is cursed to live the life of a mortal and she has to marry a mortal against her will as part of her curse. I thought that was a really powerful kind of image and I definitely wanted to focus on her tale.

Dan: How did the whole project come about?

Natasha: It actually started as a costume design for Ren Fair. My friends invited me to go and everybody was dressing up. They all had dresses and medieval corsets and things that they were going to wear and that wasn’t what I wanted to do so I decided to design myself a warrior costume. It’s pretty much exactly what Aydis wears in the story. The helmet with the horns on it. I made one myself. And the belt with fur. Yeah, after researching the character, I just kind of fell in love with her and decided to write her story.

Dan: Do you ever listen to Wagner while you’re doing your art or doing your writing?

Natasha: I did when I first started researching and then I…It’s just not really my thing. I have lots of interesting playlists. Very heavy stuff. But not Wagner. 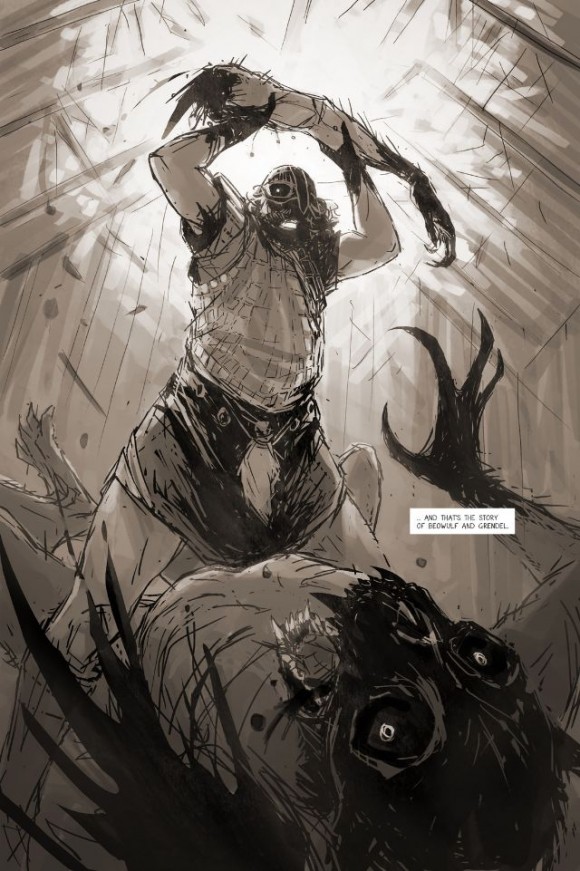 Dan: Now, this is kind of your first larger project. What have you done before?

Natasha: I’ve done a few small collaborative projects. The most recent one was Illustrated Girl with a writer from Oklahoma, Jackson Compton. We’re both from the Tulsa, Okla., area. Before that I’ve done a few shorts that are in Literati Presents, also out of Oklahoma, but Heathen is definitely my first one that I’ve written and drawn myself.

Dan: What’s the difference been between collaborating and doing something that’s coming just from you?

Natasha: It’s been a very freeing process. As the artist and the writer, you get to make all the decisions. Everything comes back to you. But that also still kinda carries with it a lot of responsibility. If something goes wrong and people hate it, it’s definitely your own fault. There’s nobody else to turn to. But I enjoyed that. I enjoy that at the end of the day, I don’t have to make any compromises. It’s totally my vision. I get to put whatever I want into it and I’m just lucky that so many people have responded so well to it. 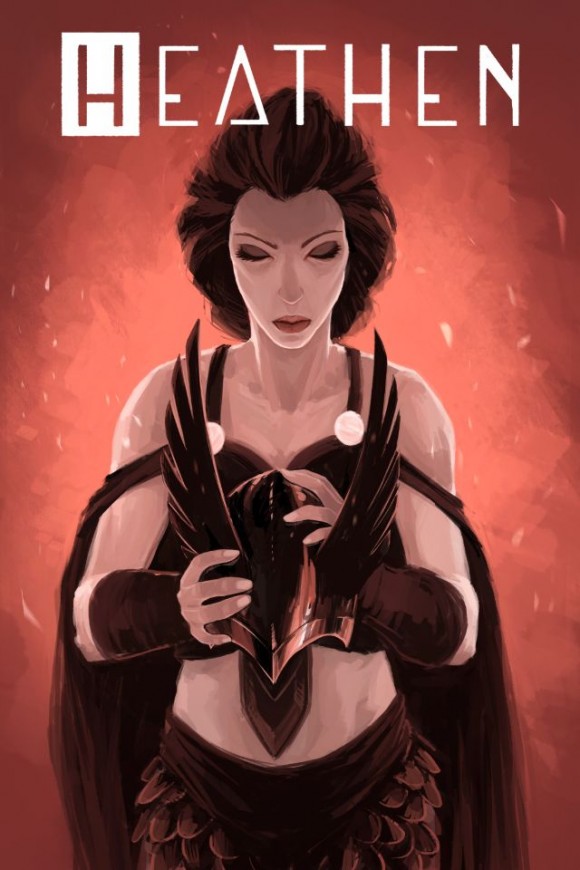 Dan: How did you get into comics to begin with?

Natasha: I didn’t really grow up reading comics. The first time I read a comic was in college. I had to read Maus for my English comp 1 class and after that, you know, I figured that comics are just a medium. There’s not like one specific thing it has to be so I started looking at other books and stuff. I’ve always been into art and I’ve always kind of enjoyed writing so I put the two together and it just feels really natural.

Dan: Is this an ongoing or is this a limited series? Do you have an end point in mind?

Natasha: It does have an end point in mind. It’s only going to be about 12 issues, so three volumes total. 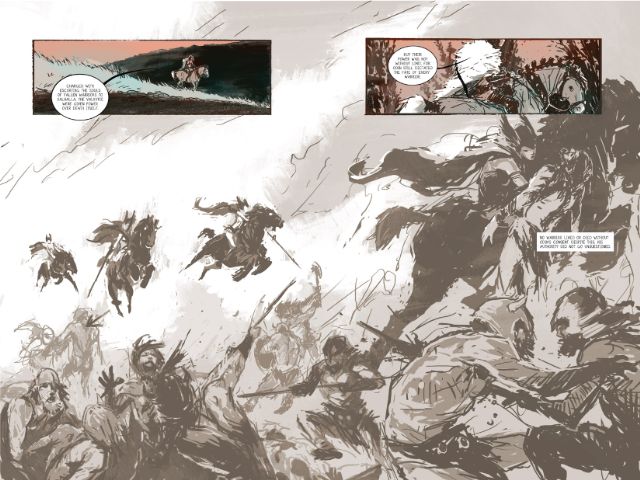