This Is the BATMAN Cowl You’ve Wanted Your Whole Life

INSIDE LOOK: Finally, a mask that looks like it could have been drawn by Adams, Rogers, Aparo…

Batman’s cowl is so iconic — an overused term but fitting here — that you’d think it’d be relatively easy to get your hands on a decent one.

But it never has been. Over the decades, manufacturers and promoters have given us paper masks, plastic masks, rubber masks with floppy ears and nylon masks that snare on pretty much everything — whether we’re talking Batman ’66, comics Batman, animated Batman, movie Batman, and so on.

Now take a look at this beauty by customizers extraordinaire Chuck and Lynne Williams of the fan-fave Williams Studio: 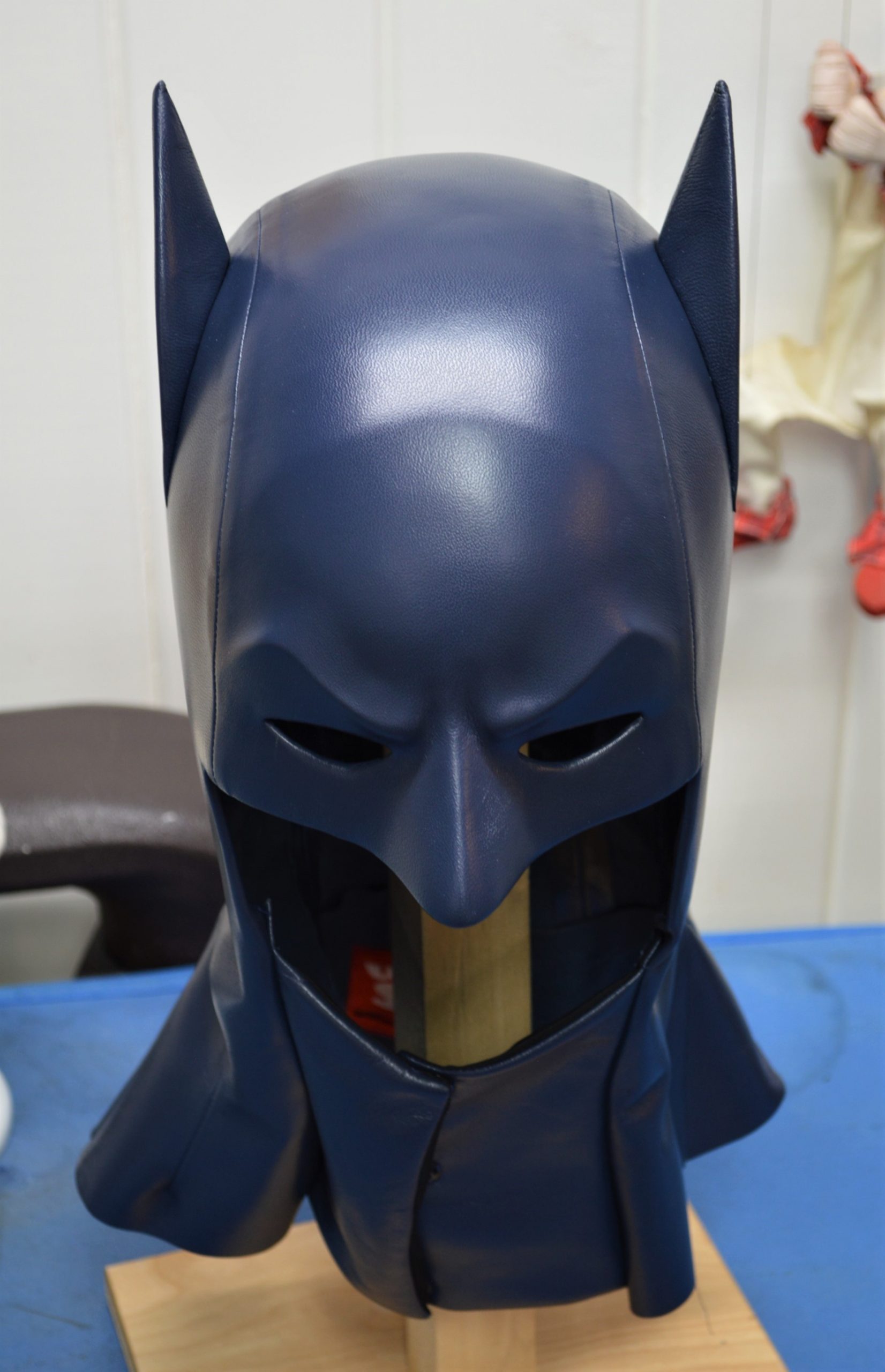 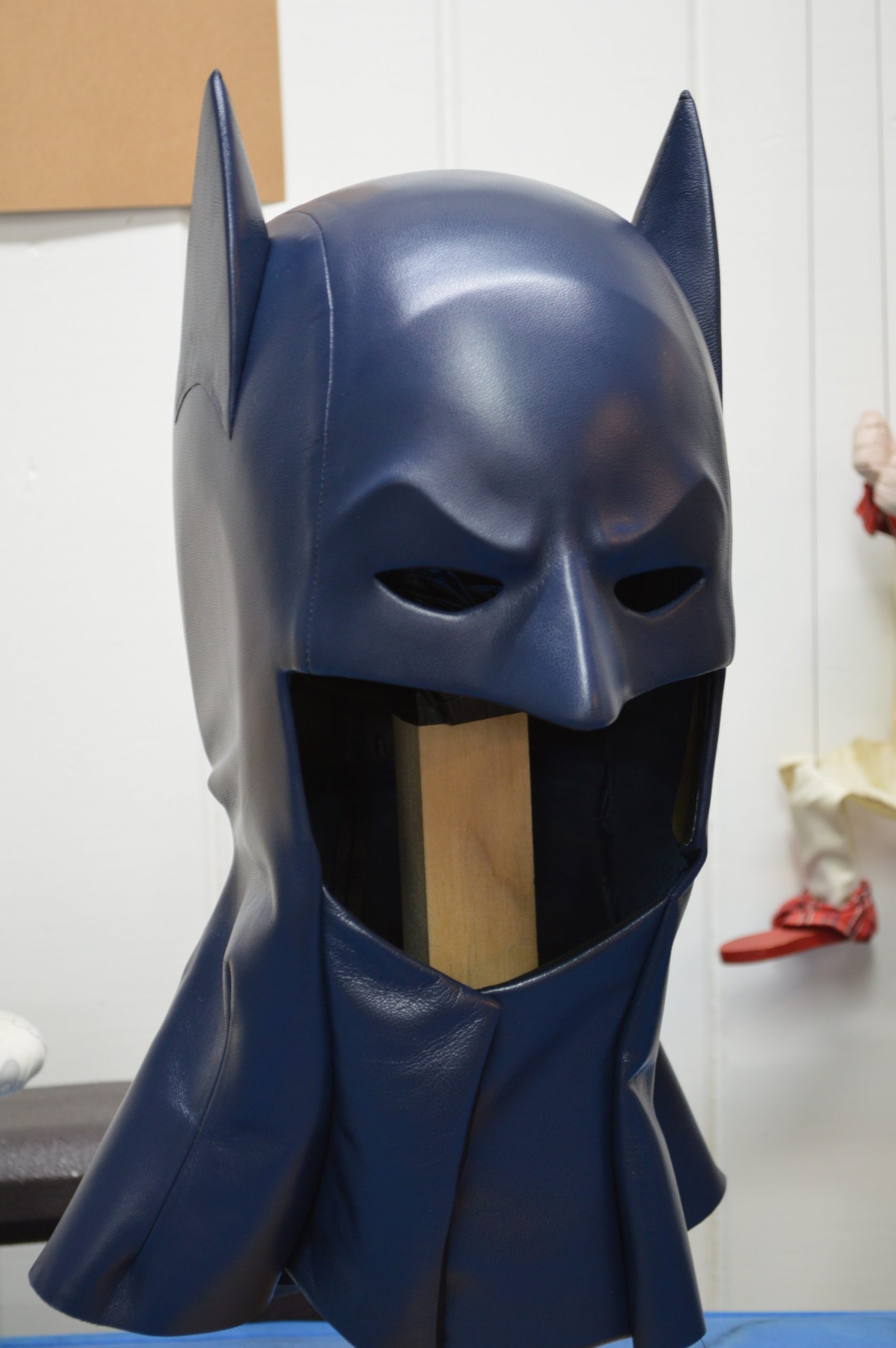 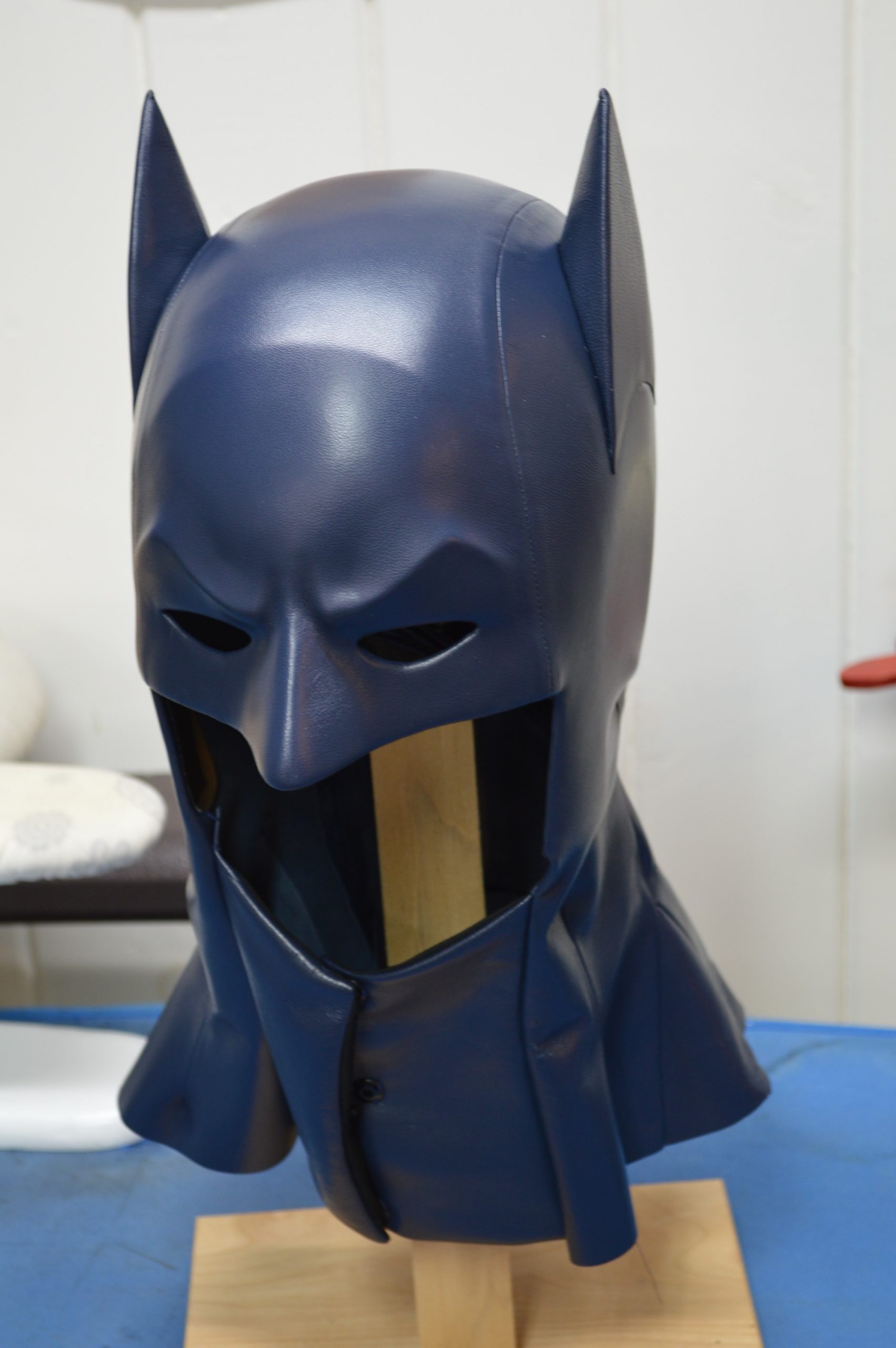 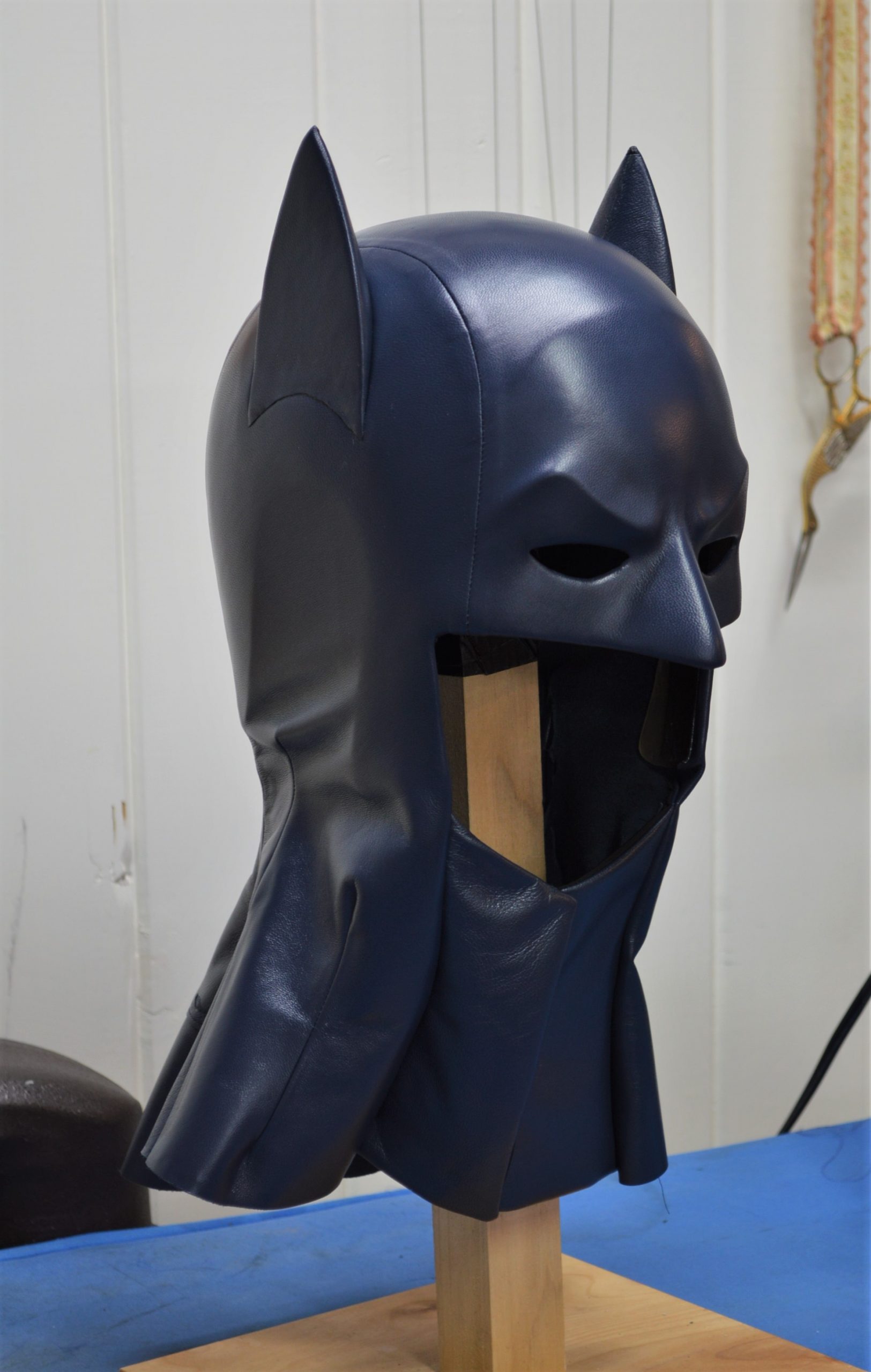 This is, in a word, extraordinary — and pretty much what I imagine Bronze Age Batman wearing, whether he’s drawn by Neal Adams, Marshall Rogers, Jim Aparo, Irv Novick and on and on. The natural shadowing even makes it work without having to paint the front section black. 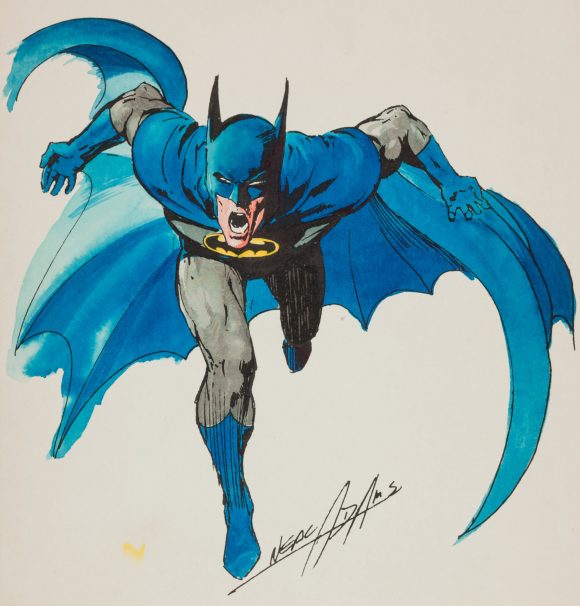 The cowl, naturally enough, has its roots in Williams’ Batman ’66 cowl, which has become the go-to choice for hardcore cosplayers and collectors: 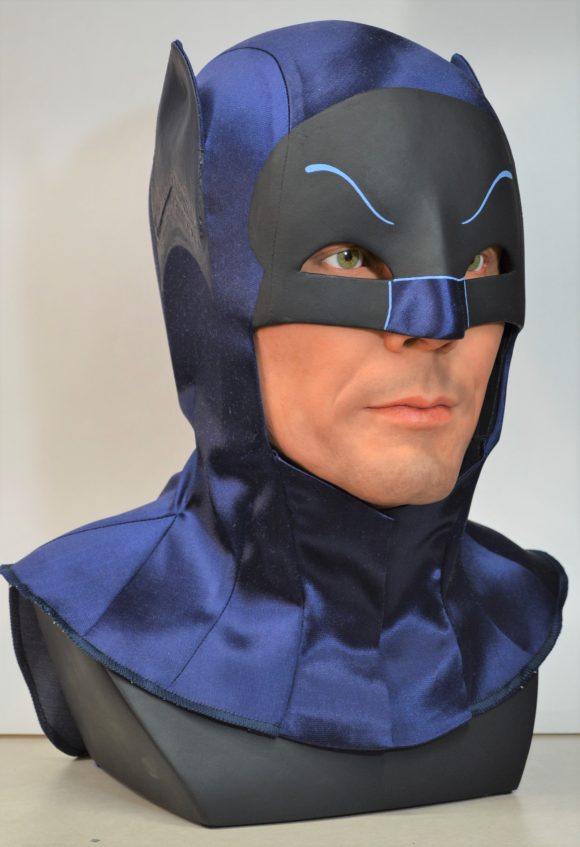 “After replicating the 1966 TV cowl and a freelance job to create a custom black leather version of a cowl using our original shell and some new ears, I decided to interpret the ’70s comic cowl myself,” Chuck Williams said. 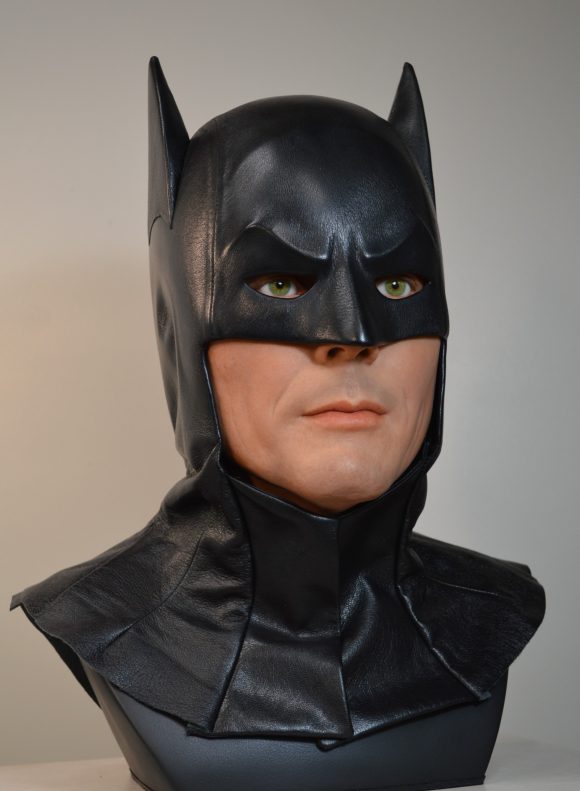 I dig the black but I LOVE the navy.

“As a sculptor, I worked out a 3D face that world work under the cover rather than painted details seen on the ’60s cowl,” he added. “We are offering it in several colors. Lynne is a trained patternmaker and costumer. She was able to create the leather pattern over my newly sculpted shell.”

Now, the big question: Do you need to be Bruce Wayne to afford it? I suppose that depends on your personal situation, but it’s $650, plus shipping.

For more info and to check out other Williams wares at their Etsy site, click here.