These Are The Comics We Want Next From CHRIS SAMNEE

In case you’ve not heard, artist Chris Samnee is leaving Marvel after a decade, with his final issue — Captain America #700 — out in April:

This is pretty big news because for my money, Samnee is one of the absolute best artists working in comics today.

His style is simultaneously classic and contemporary, adaptable to characters and scenarios that are both bright and sunny and moody and grim. Not to put too fine a point on it, but he’s the modern embodiment of Alex Toth, the immensely influential artist’s artist: 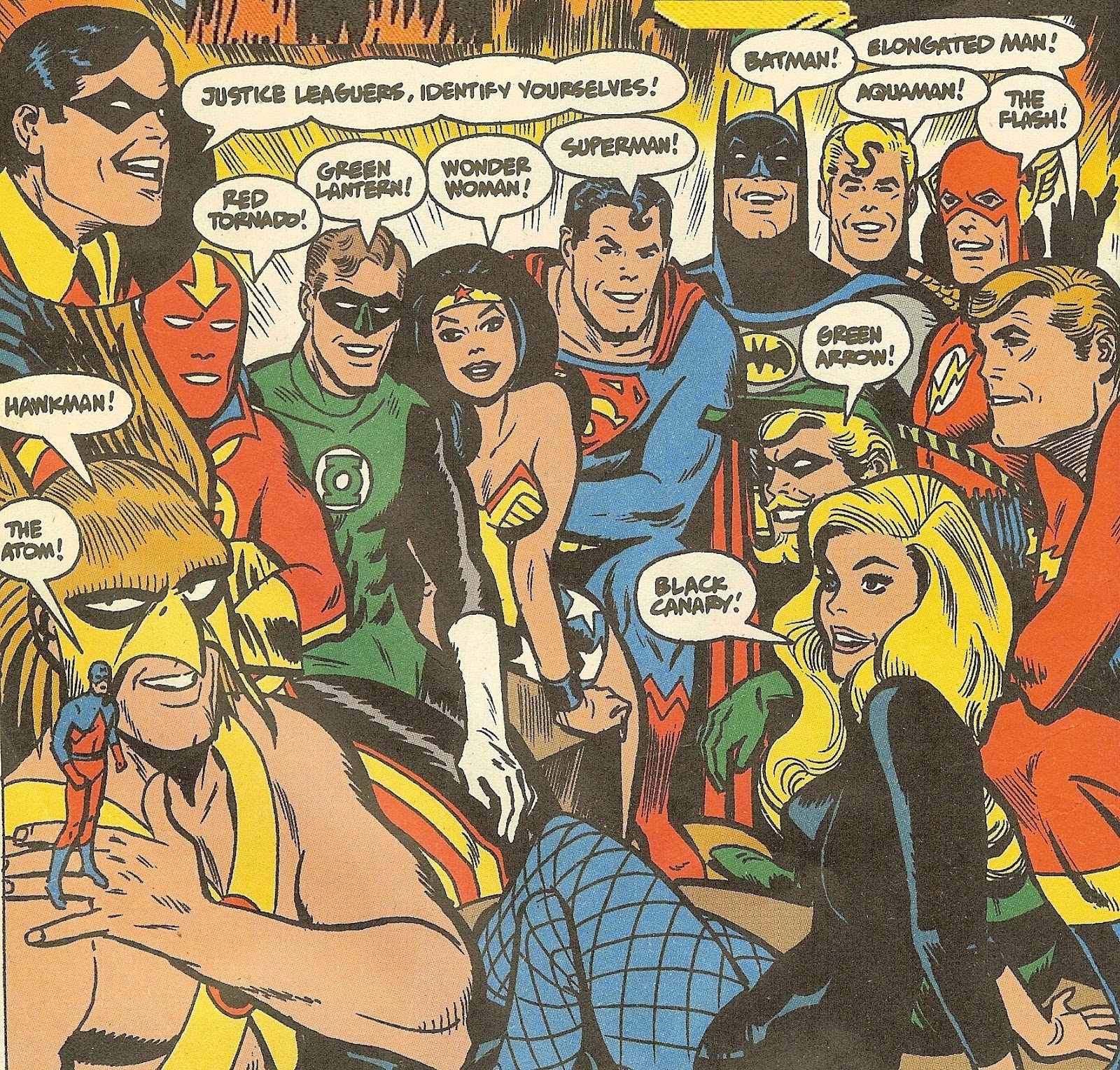 Now, I have no special information, no secret intel. But I’ll go out on a pretty small limb and guess that Samnee’s headed to DC Comics. Sure, perhaps he’s got an itch he wants to scratch elsewhere, a creator-owned project he’s been dying to do.

Nevertheless, his superhero work is so resounding that I have to believe he’d want to go play in that other big sandbox. Plus, he keeps posting sketches of DC Comics characters on Twitter, so clearly he loves the heroes and villains — and supporting characters — of the Distinguished Competition: 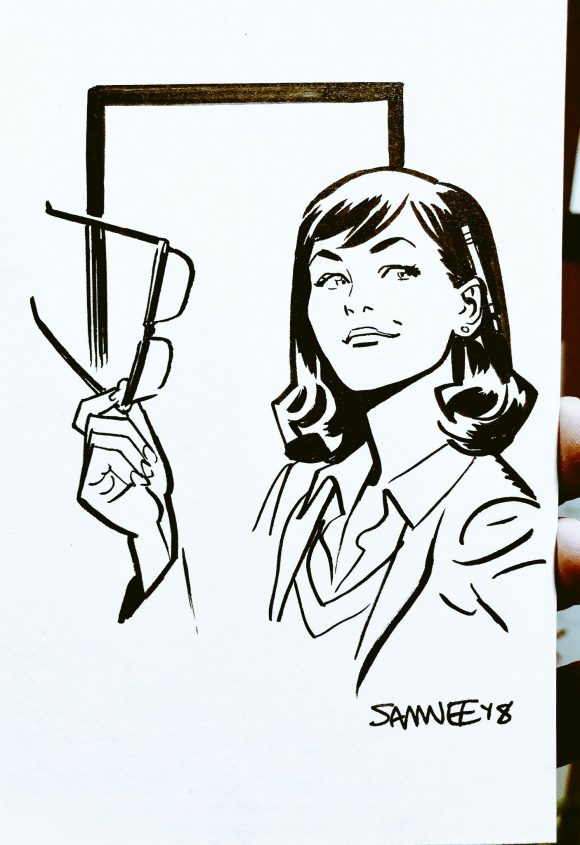 Chris isn’t saying what he’s up to next, so I’ll fill in the blanks for you with some specific projects that I’m just dying to see him tackle. Originally, I was going to make a list of 13, because that’s what we do. But in this case, that’d be silly because really, I’d love to see him on any DC book. Still, there are a handful of titles that are crying out for his touch.

A quick note before we get to the list, though: I’m not knocking any artist who’s already working on these characters. I’m just saying this is what I’d like to see Samnee do most.

And here we go:

If I had to pick just one DC project for Samnee, it’d be the Man of Steel. It’s a perfect fit for the reasons I mentioned above. Plus, I can’t believe that DC wouldn’t want to rub Marvel’s nose in a Bendis-Samnee Superman run. Anyway, because I’m a suspicious sort, I tried reading into Samnee’s farewell message above. Y’know, the one where he says he’s “super excited” about what’s up next. I also took into account his previous tweet:

Hmmmmmmmmmmmm. Alas, all I can do is speculate. But, boy, how cool would this be?

Samnee even got to do a Superman story a few years back: 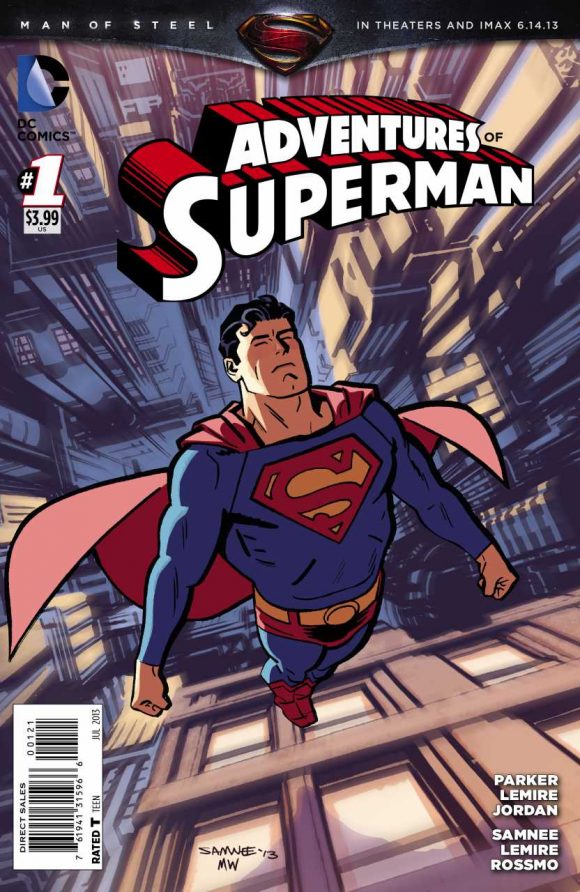 Getting a full run is something I know I would be “super excited” for.

I know, I know, DC calls him Shazam now. I don’t. But Warner Bros. has a big Shazam! movie coming out soon and the Hero Formerly Known As Cap is missing from DC’s books right now. The New 52 version didn’t really take so now’s the perfect time to revamp (unvamp?) the character and give us a classic approach. 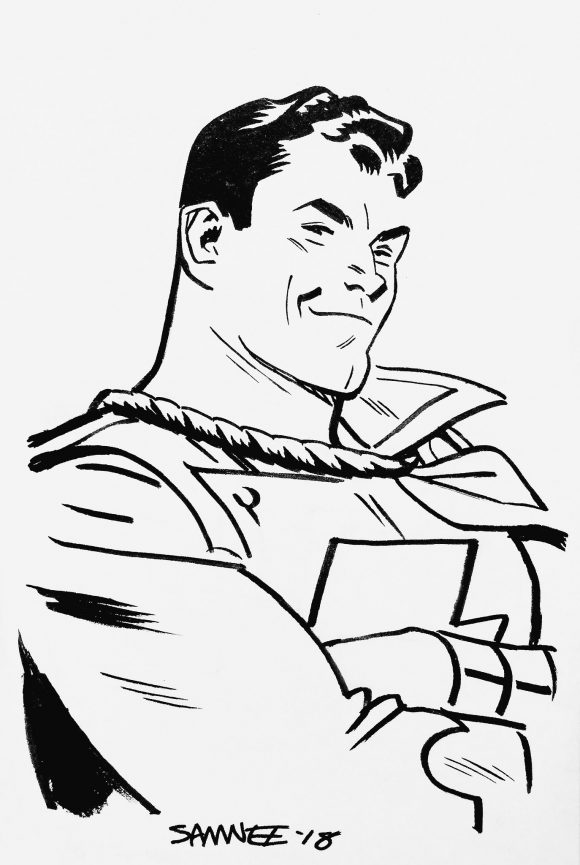 Samnee spent the month of October auctioning off daily Batman sketches for Inktober. (Click here to check out a selection of 13 of them. They’re magnificent.) Each one made me want him to draw Gotham’s denizens full-time that much more.

Here are just a few of them: 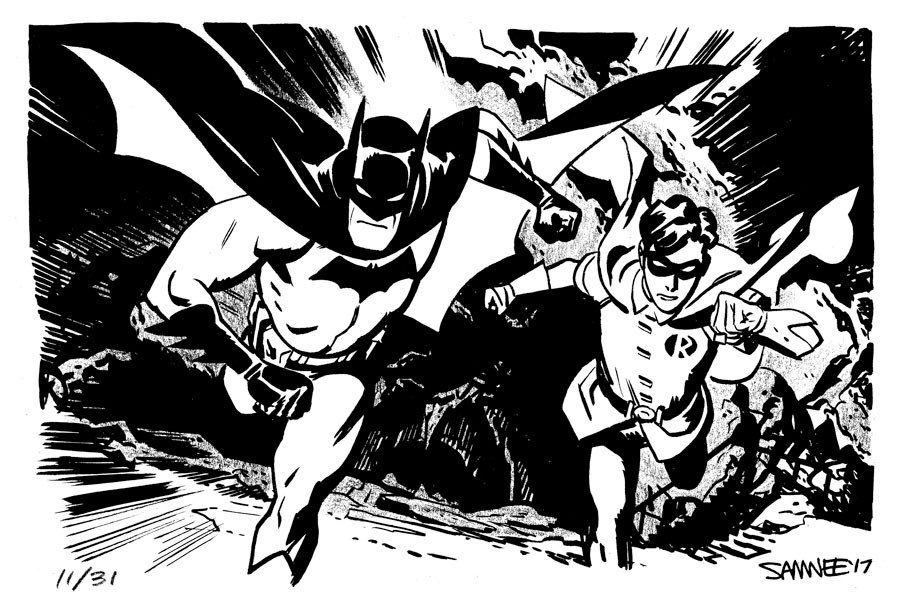 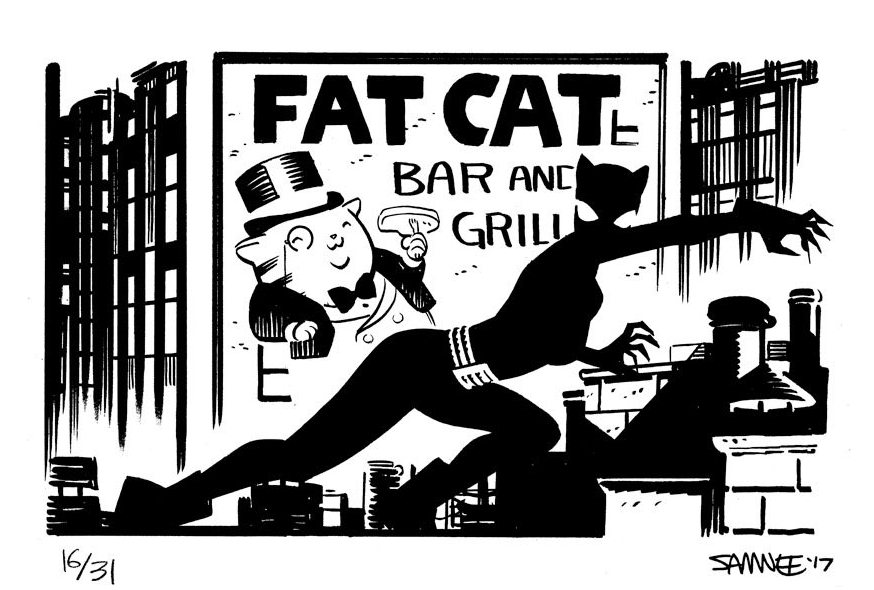 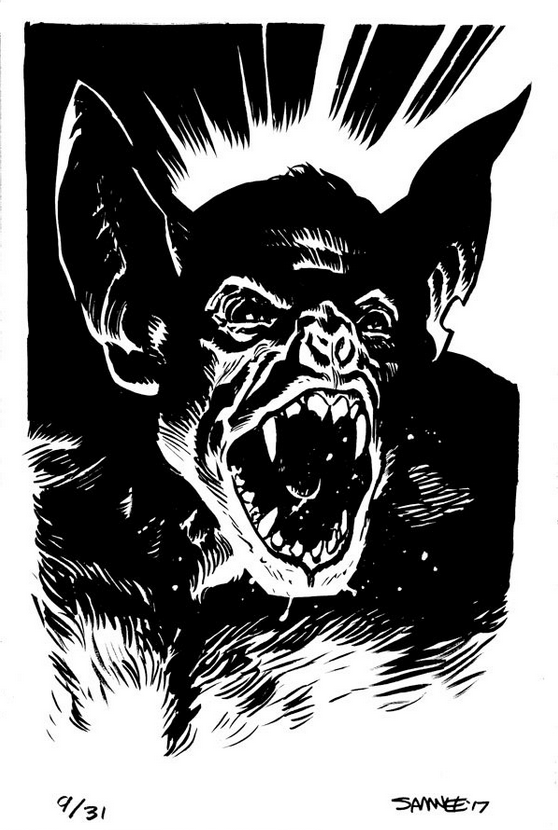 Now just think about getting stuff like this every two weeks …

Canary doesn’t have her own book right now, but how about a mini? Or maybe a run on Green Arrow, where she’s a main character. Or Birds of Prey? Really, I just want to see him try to one-up Alex Toth’s classic page from 1972’s Adventure Comics #418 — the best Black Canary sequence ever: 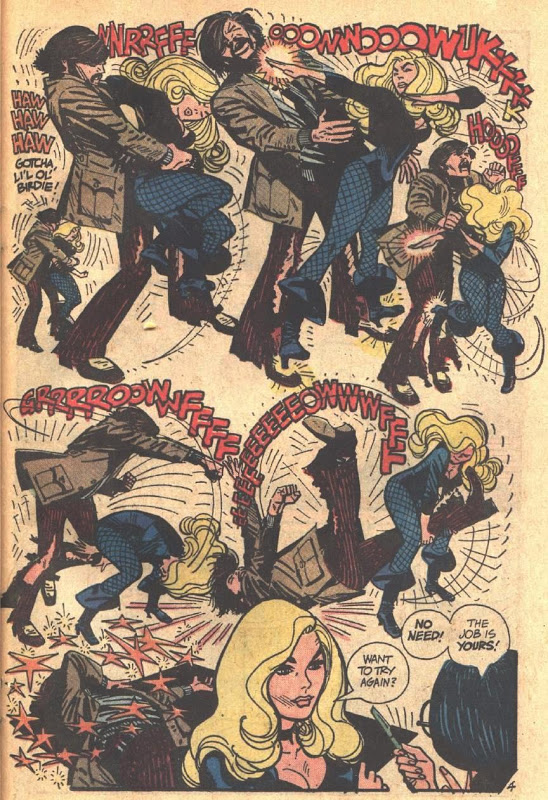 Man, I miss this book. I know there’s zero chance it’s coming back but I can fantasize, right? Just imagine a Samnee book where Jim Gordon is the main character: 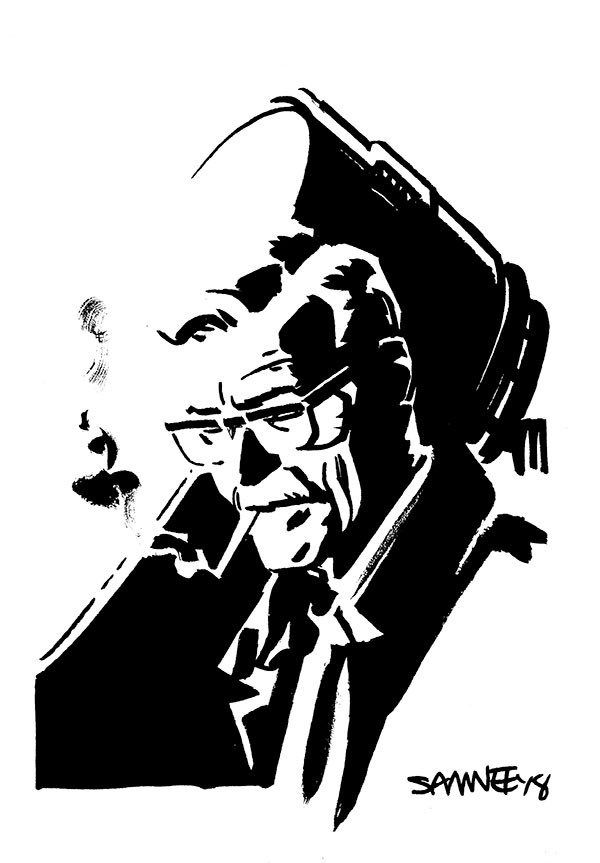 Naturally, there’s so much more. The rumors that Hawkman’s getting a book again remain persistent. Supergirl’s getting cancelled as part of the Bendis Super-takeover but she’ll return for sure. If DC wanted to bring back the Question, that’s also a natural. 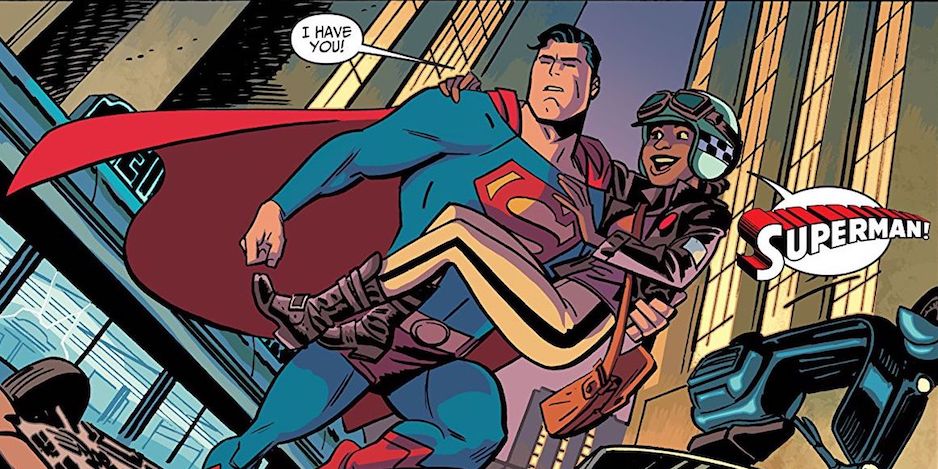 No matter what, I look forward to finding out soon enough.