There’s a new Superman in town — but where does he fit in, sartorially?

I love it when the internet is happy about something instead of screeching and beseeching.

So it was this week when The CW folks released the first images of Tyler Hoechlin as the Man of Steel for the upcoming Season 2 of Supergirl. People dug the look but went bananas after brighter, sunnier pix leaked online. 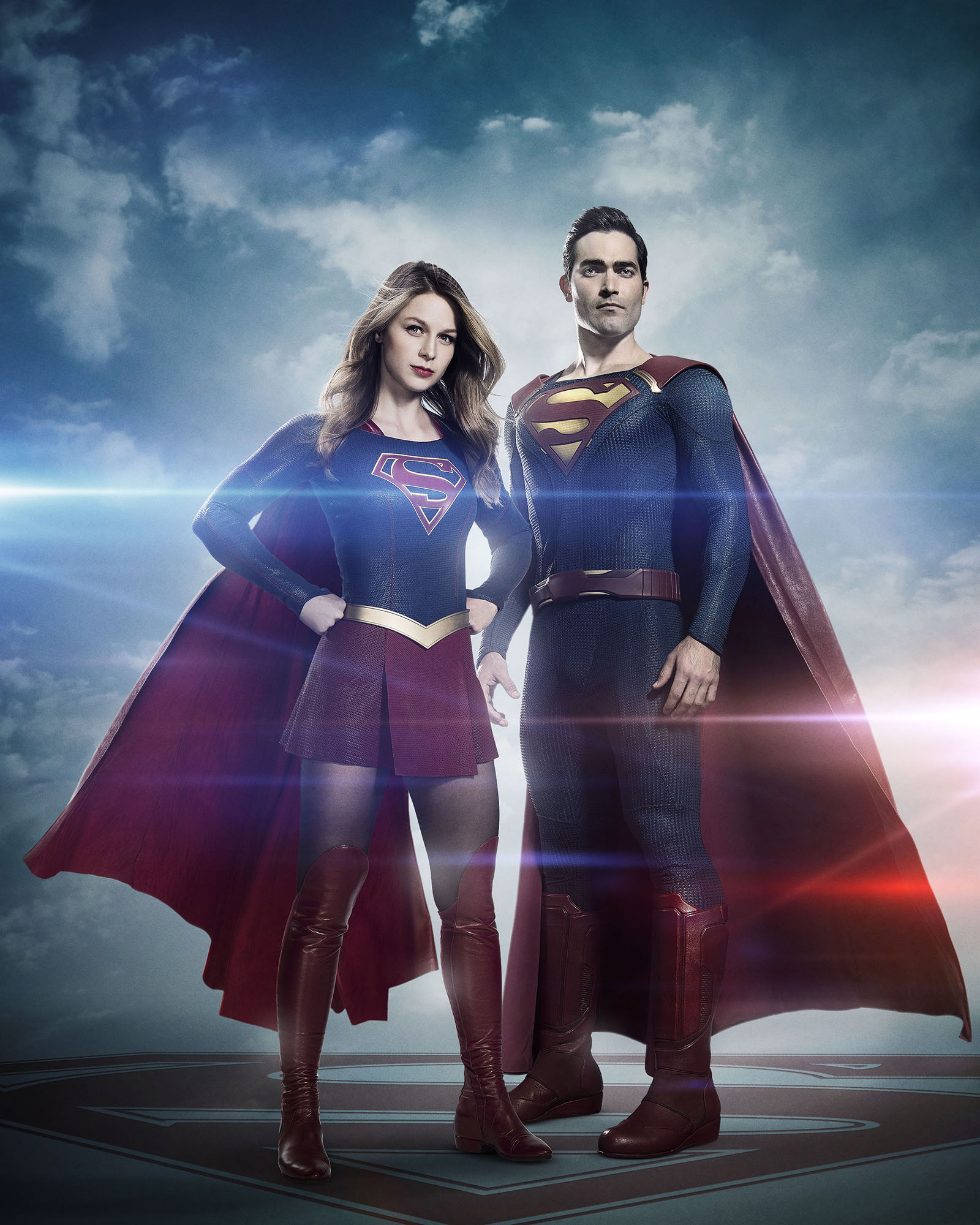 Superman’s been on the screen for almost as long as there’s been a Superman — animated and live action. And don’t forget his relatives and younger self, too. There have been a lot of interpretations of his costume.

Taking it all together, then, I decided to compile this list. What are the parameters? Simple: It has to be Super and it has to have been on screen. (Comic-book Superman styles are probably best left for a different day.)

(Oh, and by all means, we welcome your comments.)

13. Clark Kent, Smallville. I’m starting with half a cheat. Is this a Super-Costume? Yeah, it kind of is. At the very least it was a clever way around the now laughably antiquated idea of “No Tights, No Flights.” 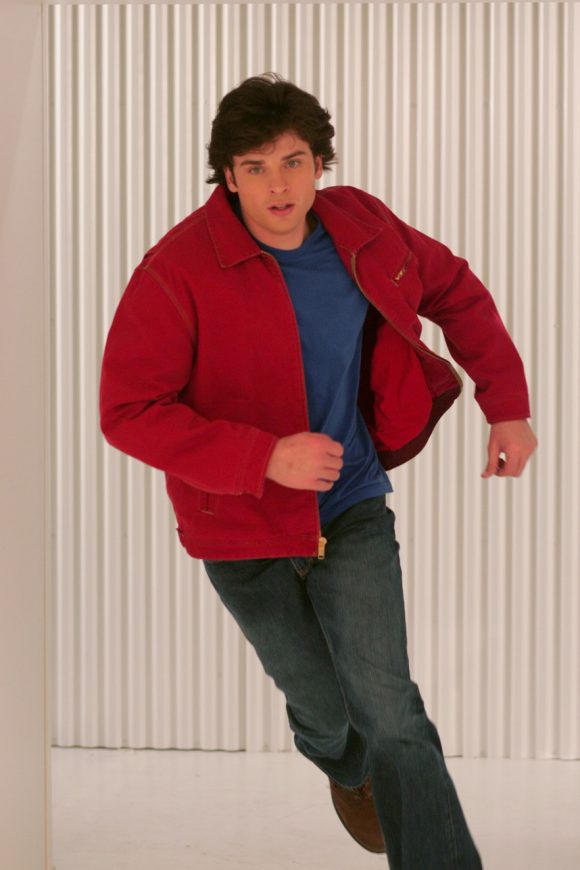 12. Dirty Superman, Superman III. For the sheer camp value. Actually, the scene where Dirty Superman fights Clark Kent is probably the only worthwhile scene in this incredibly misguided film. Oh, and of course, dark colors = edgy. We’ll be coming back to that. 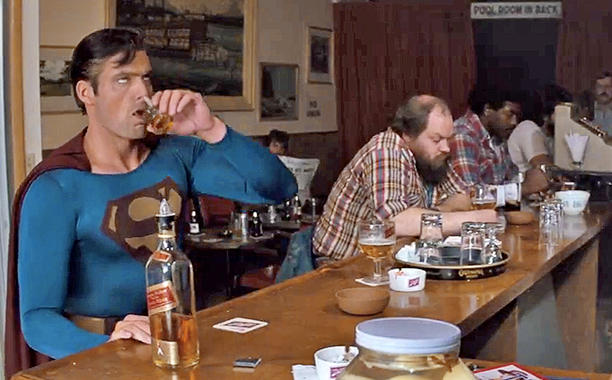 11. Brandon Routh, Superman Returns. I feel like I have to mention this one because leaving it out entirely will only invite comments and questions about my intent. The bottom line is this is not a very good look. The “S” shield is too small and I don’t like the leathery cape. The red is way too dark. The director was trying to have it both ways here, just like he did with the whole movie: He wanted Christopher Reeve’s Superman but he also wanted to be edgyish. 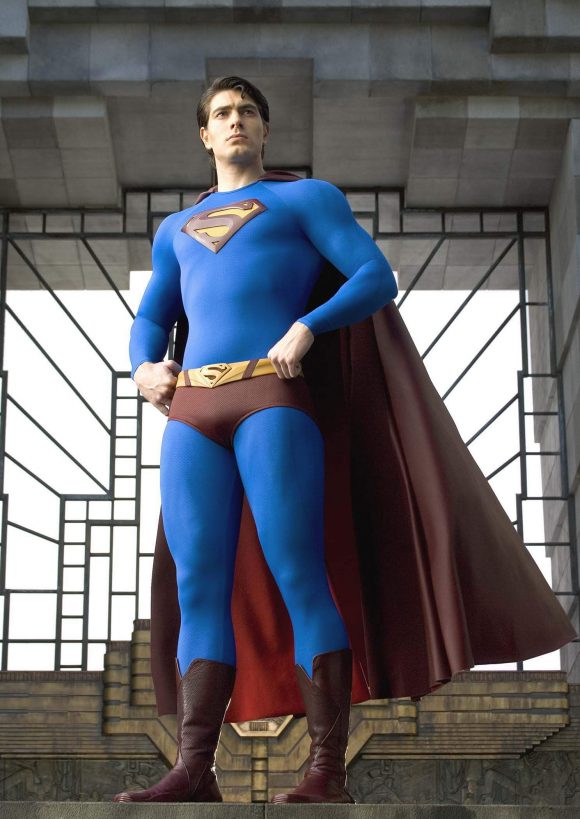 10. Helen Slater, Supergirl. A classic look. Nothing wrong with it at all. Very nice. 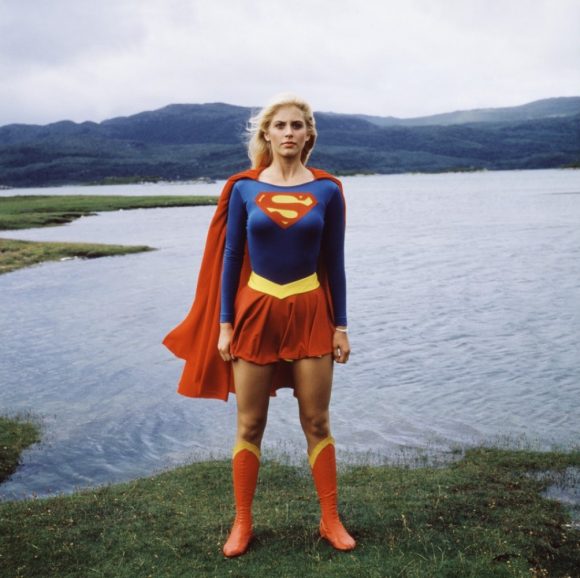 9. Henry Cavill, Man of Steel. This dude fills out the suit better than anyone ever has. Lordy. But this is about the outfit itself. Now, this is practically the same as the suit he wore in Batman v. Superman but I picked this version because the belt buckle is round instead of square. Heh. And I do dig the logo. Can’t really abide that dark color scheme, though. The BVS outfit may actually be lighter but you wouldn’t know it from the movie itself. 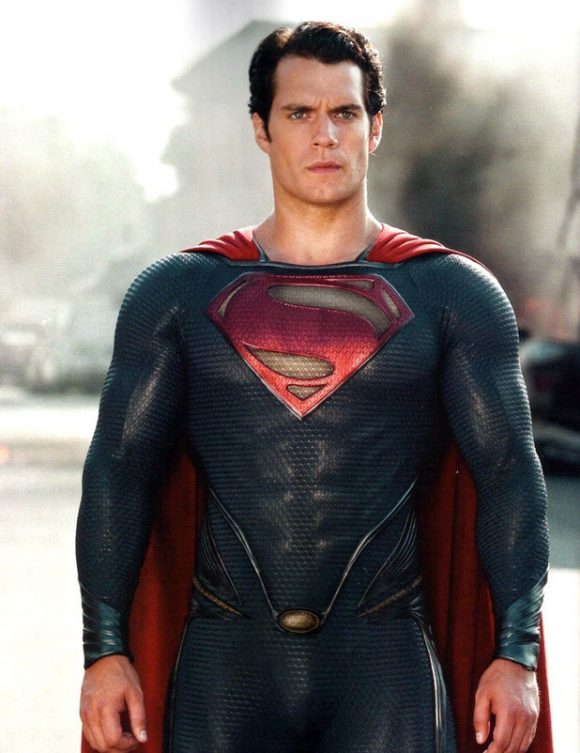 8. Tyler Hoechlin, Supergirl (TV). A slight improvement over the Cavill version — and it wins by virtue of that brighter color scheme. I’m not crazy about the cape fastener on the chest — it reminds me of the Injustice video game, which may be exactly what the producers want since it’s so crazy popular. Dig that shield, though. 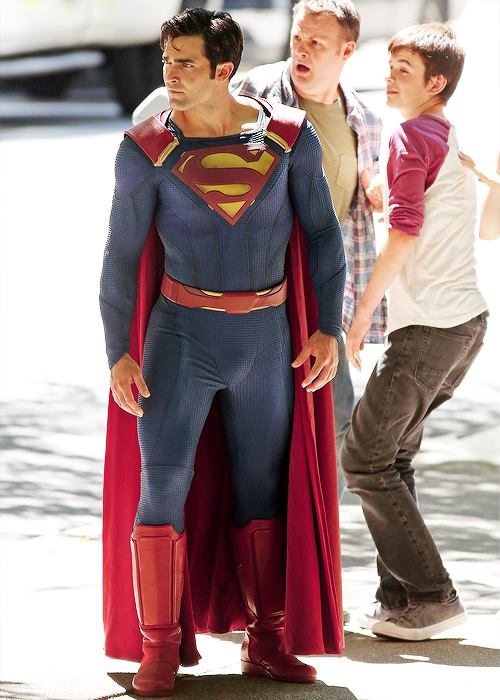 7. Melissa Benoist, Supergirl (TV). The rare case where I’ll take the darker version over the lighter one where Superpeople are concerned. I love the way the logo looks and those boots are pretty sexy. 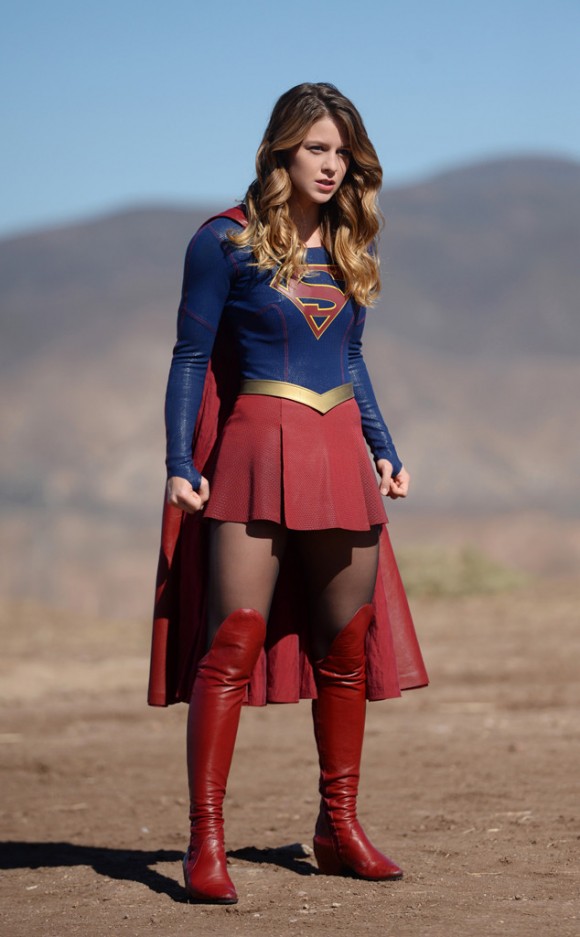 6. Superman (Super Friends). There have been so many animated incarnations of the Man of Steel, it’s hard to distinguish the costumes from the artists and designers who created them. But for millions of kids, this was how Superman looked: Big and bold, in bright red and blue. Alex Toth did the character models for the show. 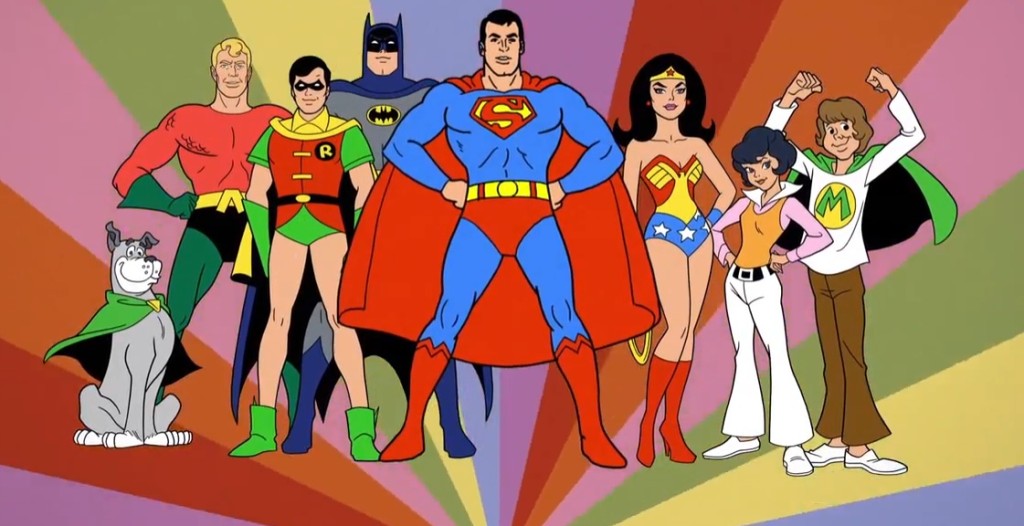 5. Superman (The Animated Series). Again, I recognize that we’re dealing with artistic interpretation of the same style — in this case Bruce Timm and co. — but the broadness of the “S” and the “cut” of the cape add power to Superman’s classic appearance. 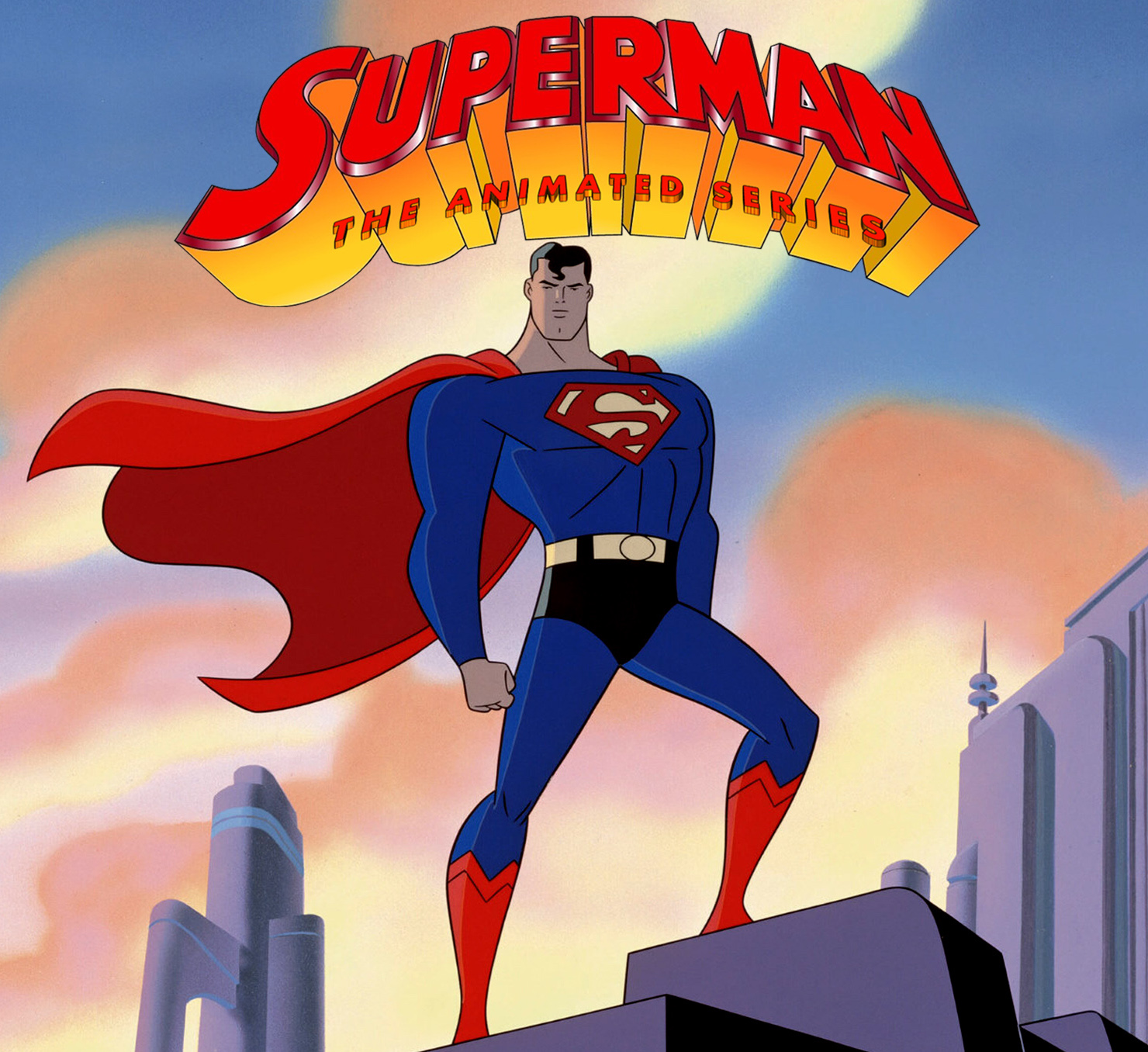 4. Marlon Brando, Jor-El. Forget the silly hair. That outfit is extraordinary in all its white-and-black, phosphorescent glory. Costume designer Yvonne Blake shattered all expectations with these Kryptonian threads — and unwittingly influenced decades of Superman canon to come. Before this movie, Superman’s shield was not a sigil from his home world. But today, that’s widely accepted as the explanation for why a guy who’s ostensibly humble would walk around with a gigantic first initial on his chest. 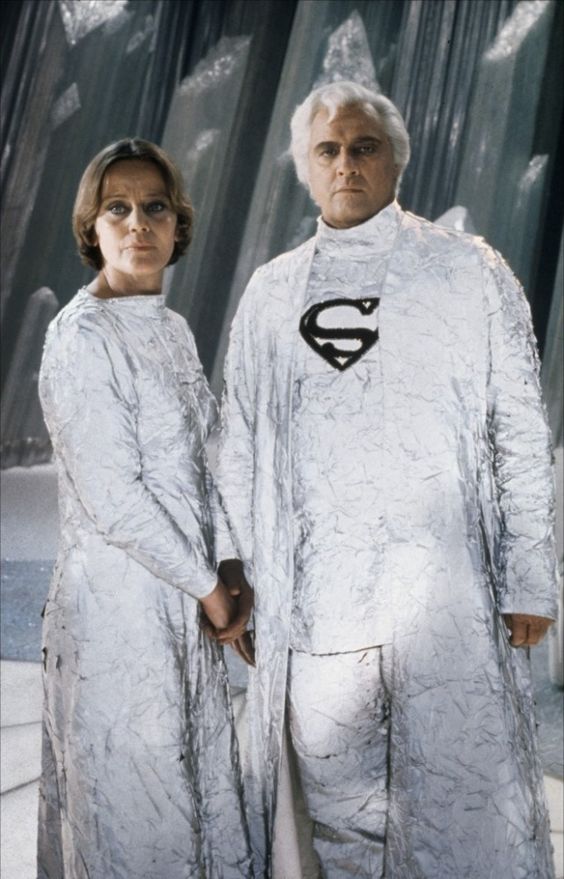 3. George Reeves, The Adventures of Superman. Yeah, I know. Padded suit. But the colors are right on and the cut is right on — for its era. I was never a huge fan of the too-big loop for the cape in the back but it’s an idiosyncrasy I can abide. The main thing is that “S” shield. I want a T-shirt with one of those. Like, now. 2. Superman (The Fleischer cartoons). A lesson in simplicity, with a very important change from the norm: the black-backgrounded “S” shield. It looks so good. So good that master cartoonist Darwyn Cooke utilized it in his most famous work, The New Frontier. Only one other time has Superman looked better on screen… 1. Christopher Reeve, Superman: The Movie. What, you expected something else? Even taking Reeve out of the equation — which is extremely hard to do, I grant you — the costume itself wins because it changes virtually nothing from what had become the source-material standard. Big, bright blue leotard? Check. Bright red trunks? Check? High boots with a “v” cut in the front? Check. Big cape that hangs perfectly and is tucked into the open collar? Check. Yellow shield on the back? Check. Even the belt is perfect.

Revisionist historians make it seem like Superman: The Movie was about this bright and sunny world. It wasn’t. It was about a jaded, post-Watergate America — and a grimy New York City in particular. But director Richard Donner understood that Superman had to rise above all that to be Superman. The primary-hued outfit was a visual cue that this man was different, that he was willing to fight for truth, justice and the American way because he was the eternal optimist.

Hell, even the pimps had to agree: That’s a baaaad outfit.