Pick #6 was Wonder Woman. Next up on the countdown:

5. WHO’S WHO: THE DEFINITIVE DIRECTORY OF THE DC UNIVERSE 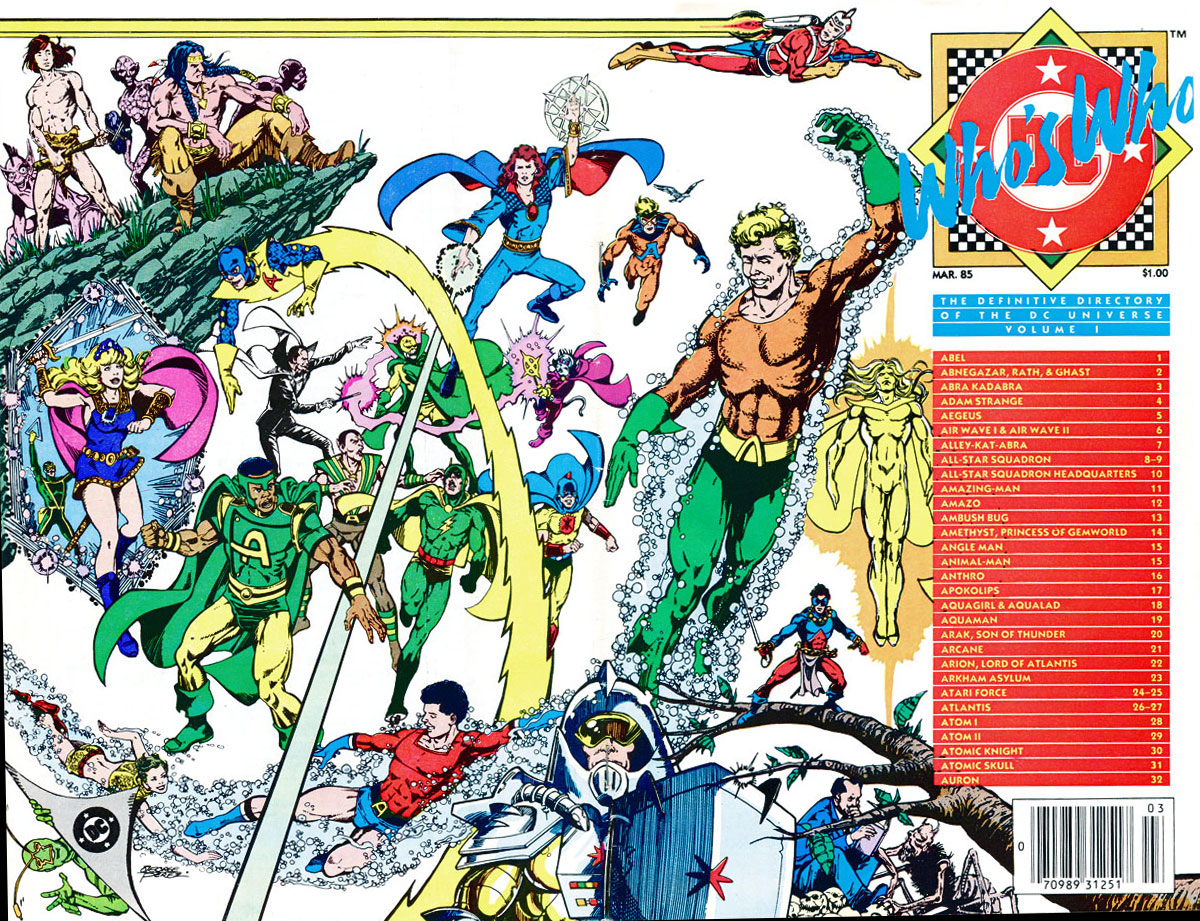 DC’s character handbook was seen as a companion piece to its elaborate Crisis on Infinite Earths maxiseries during the publisher’s 50th anniversary in 1985. So who better to tackle the multitude of characters that would need to be featured on the covers than George Perez, who was already doing it in the pages of Crisis. Perez’s covers were instant eye-grabbers: Unlike the rather generic, free-floating-in-space covers of the initial Official Handbook of the Marvel Universe (or its running-to-nowhere Deluxe Edition sequel), Perez had his characters interacting and playing off each other or the occasional landscape of, say, ice, water, smoke or mist. Perez served as the cover artist for Issues #1-5 and then returned for another run with #13-18. When he was absent, the art chores fell to an assortment of pencillers who would be more than capable under any normal circumstances. But the mix of characters and elements that the Who’s Who covers required seemed like something that only Perez truly understood. — Anthony Durso