Worlds lived, worlds died — and Perez made it look amazing…

Pick #3 was The New Teen Titans. Next up on the countdown: 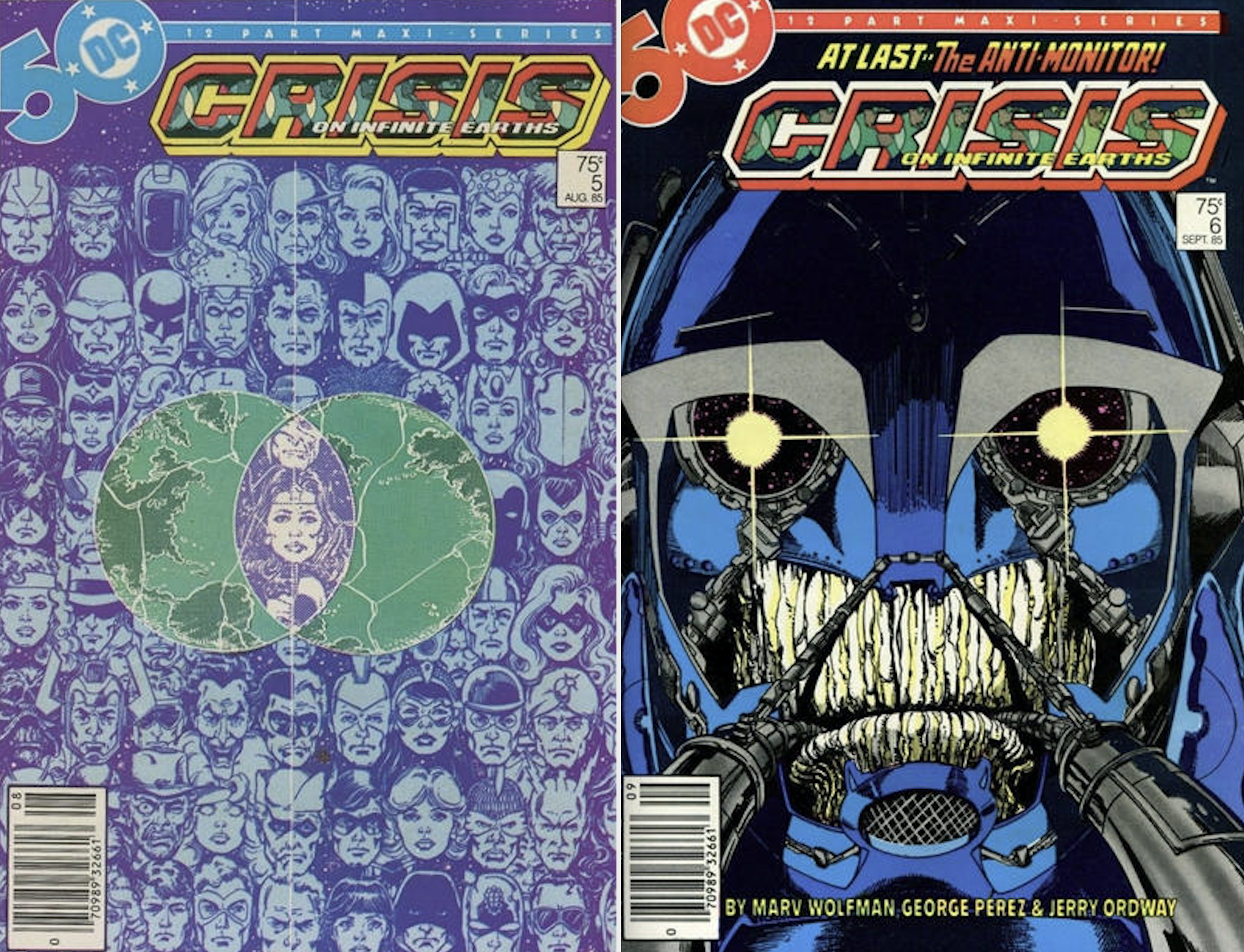 Worlds will live, worlds will die and nothing will ever be the same. Crisis on Infinite Earths, the granddaddy of all Crisis crossovers, was another Wolfman/Perez production, the scope of which had never been seen before. From Anthro to Kamandi, (almost) everyone and every time period from DC’s history was featured, even if only for one panel. The amount of detail that Perez put into this masterpiece is staggering. And everything was on model and yet distinctively Perez. Just try and imagine drawing that double-page spread of heroes and villains aboard the Monitor’s satellite in Issue #5. And speaking of #5, that cover with like 75 different character heads? Sick. No wonder Issue #6’s cover was just one giant Anti-Monitor face! Perez deserved a breather! But throughout all of this craziness, Perez never needed an actual break or a fill-in assist. Every issue shipped on time. Try that, Camelot 3000! With Crisis on Infinite Earths, Perez’s art became the yardstick that other giant, cosmic crossovers would be measured against. — Anthony Durso 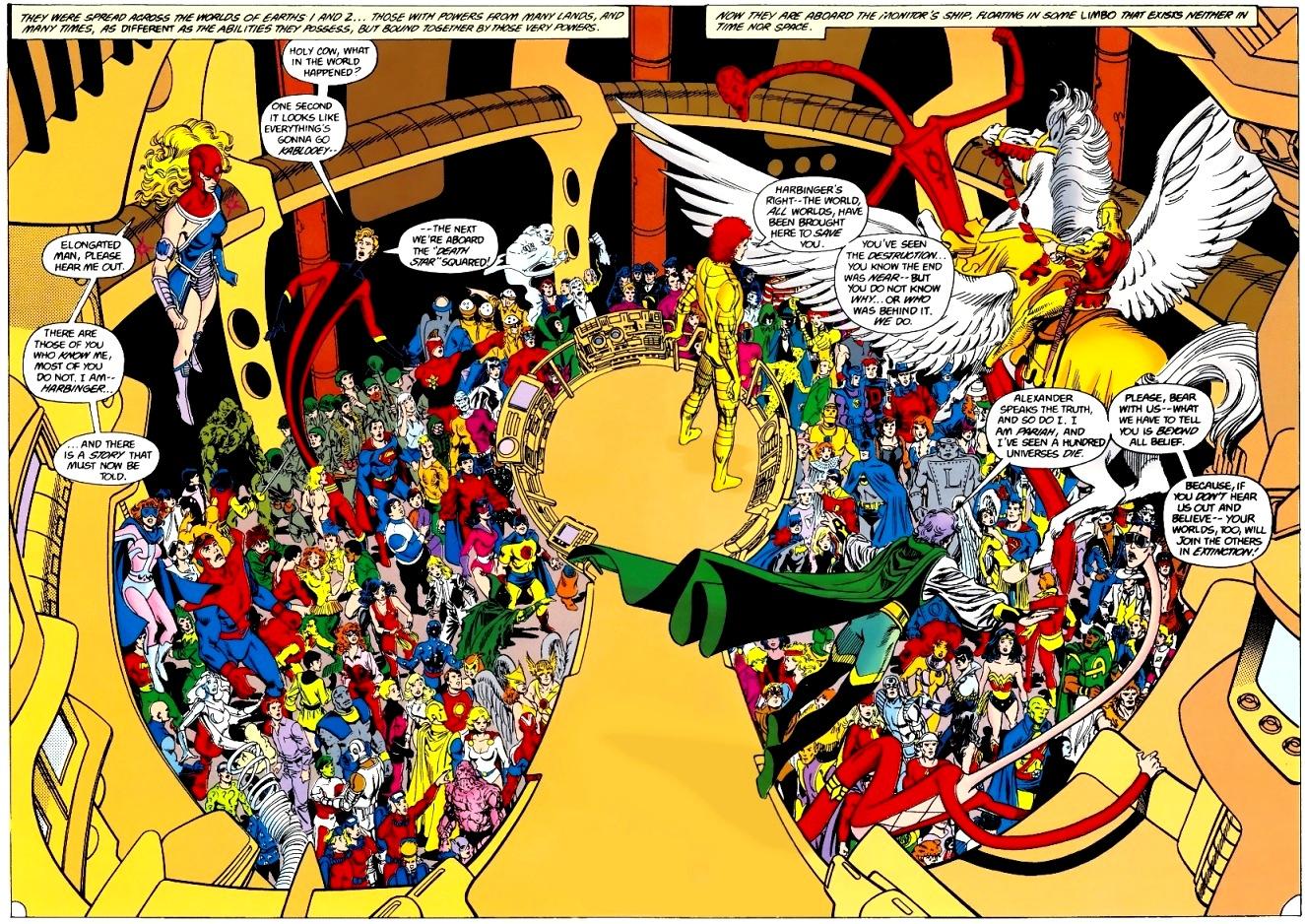 From Issue #5. Inks by Jerry Ordway.

— Why MARV WOLFMAN Didn’t Like the Ending to CRISIS