If you’re expecting the usual suspects this month, you’d be wrong. For whatever reason, November 1972 didn’t feature any cover that I’d call a bona fide classic. But what the month did provide was a really interesting, eclectic selection of series and styles from a wide variety of artists.

13. Pebbles and Bamm-Bamm #10, Charlton. And that, folks, is how Barney and Betty’s son became history’s first vegetarian. 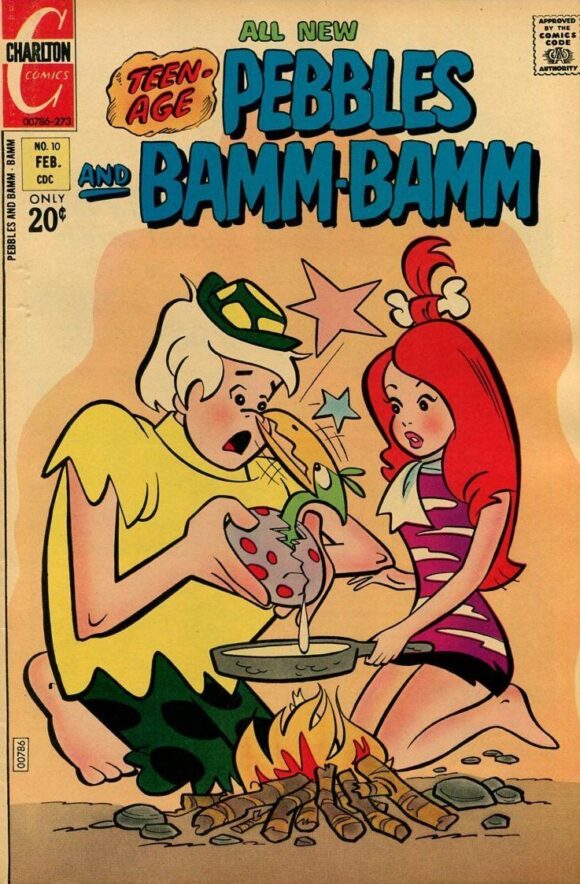 12. Lancelot Link, Secret Chimp #8, Gold Key. I’ve said for a long time that if there’s a Lancelot Link comic in a particular month, it will automatically make this list. Sadly, however, the end is here. Issue #8 was the last in Gold Key’s series. I think I’ll go drown my sorrows with a banana. 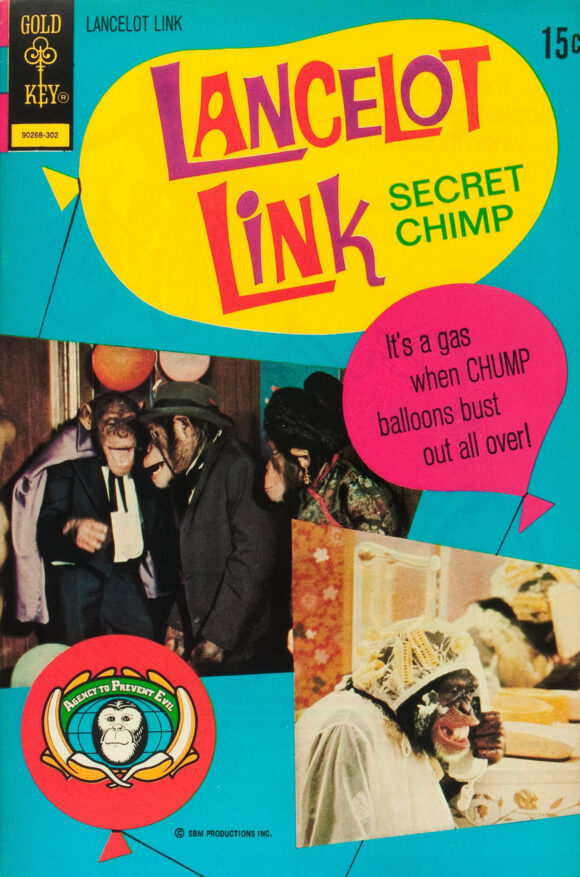 11. Hero For Hire #6, Marvel. Pardon the pun but what I appreciate about Billy Graham’s Luke Cage is how the artist imbued the mercenary hero with such power in his illustrations. I mean, not even the Hulk would wanna tangle with this guy. 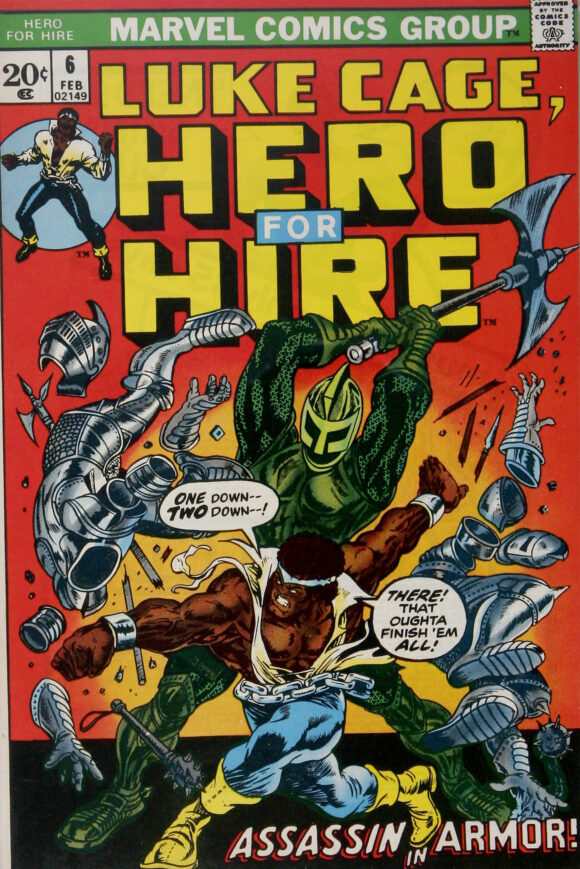 10. Wonder Woman #204, DC. A landmark issue: Wonder Woman gets her powers back after years without them and Nubia makes the scene. Perfect timing: This issue is being released this week as a Facsimile Edition, ads and all. 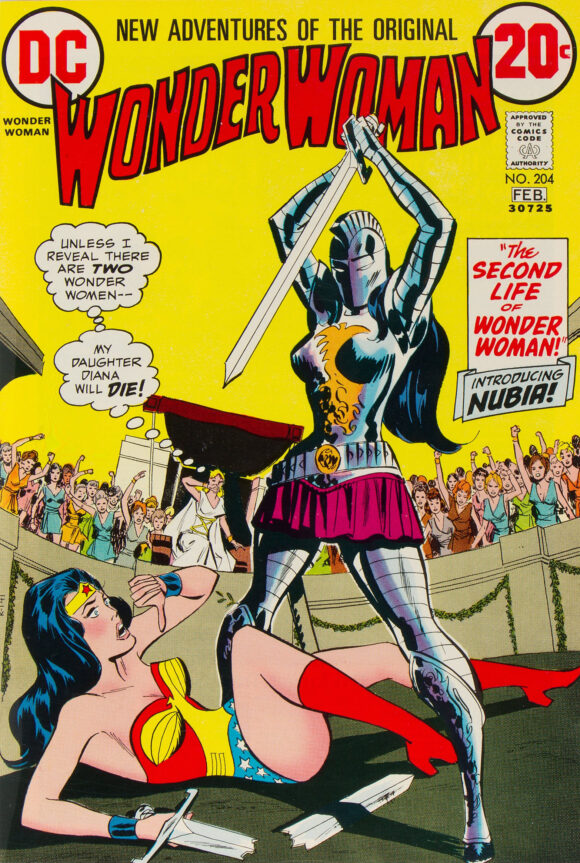 9. Crazy! #1, Marvel. Last month we gave you an issue of Marvel’s Spoof, also with a great Marie Severin cover. This time, it’s an attempt to recapture the zeal of Not Brand Ecch, which ended a few years earlier. This title would last three issues before the better-known magazine version was launched in 1973. 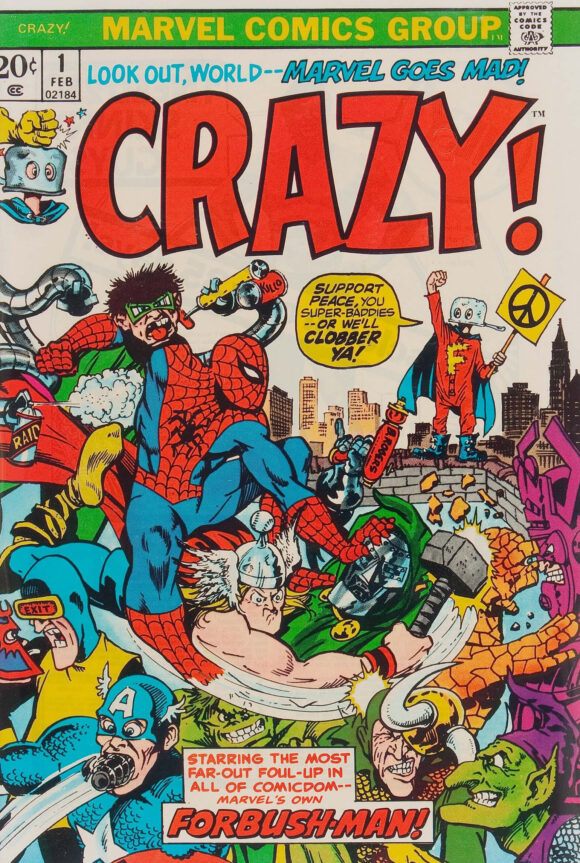 8. Gunhawks #3, Marvel. Gary Friedrich wrote the story and Syd Shores did the cover. I don’t know for certain but I can’t help thinking this was a commentary on the My Lai massacre. This is a brutal scene, especially when you focus on the sheer terror of the child at Reno Jones’ feet. 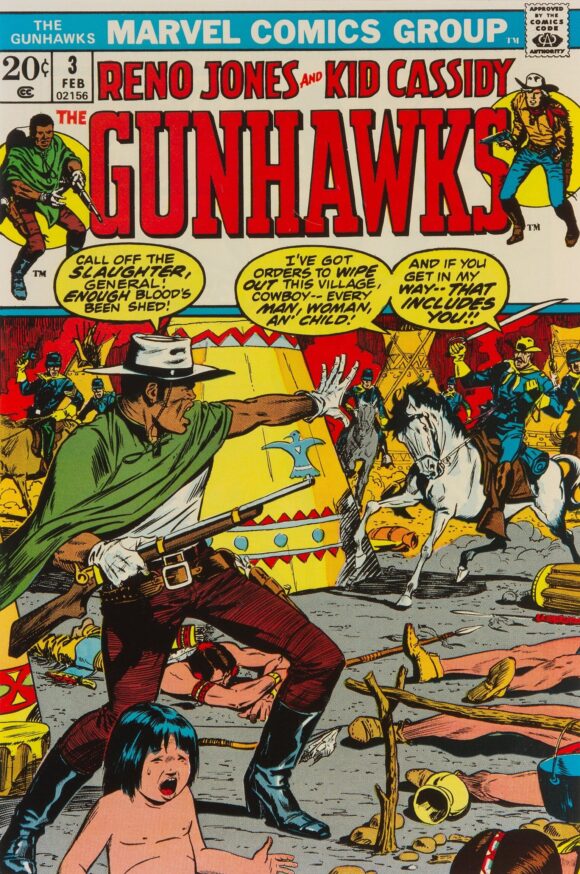 7. The Phantom Stranger #23, DC. Painstaking detail by the great Jim Aparo. Instead of counting jellybeans in a jar, try to figure out how many pencil and ink strokes this took to complete. Dunno who the colorist was but they deserve a lot of the credit for making this pop. 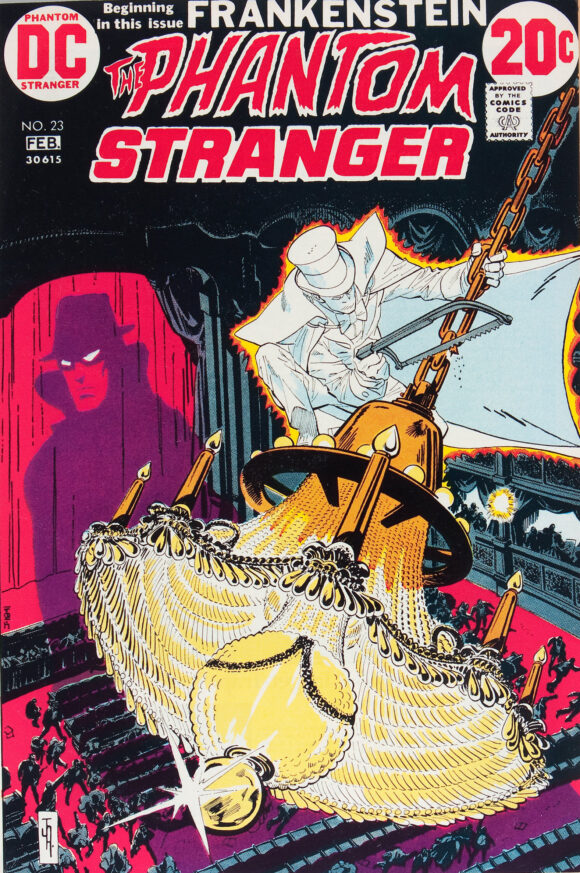 6. Mister Miracle #12, DC. Do you think Jack Kirby would have ever run out of insanely impossible death traps? I don’t. Hell, even Mister Miracle’s not sure about this one. 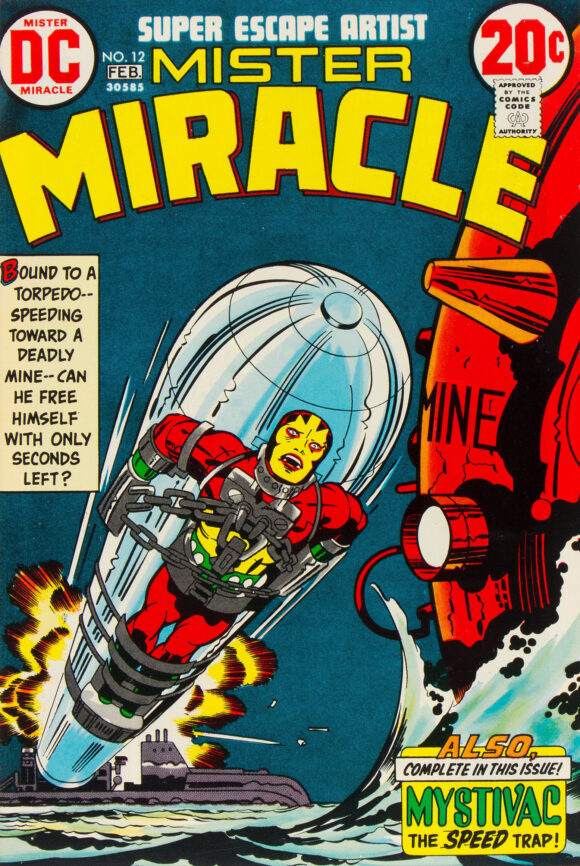 5. War Is Hell #2, Marvel. A very common trope for war covers is: “Good guys think they’re in the clear while danger lurks right around the corner.” Here, John Severin’s piece flips the script and that vile Nazi scumbag is about to get a face full of Pineapple Surprise. Good. 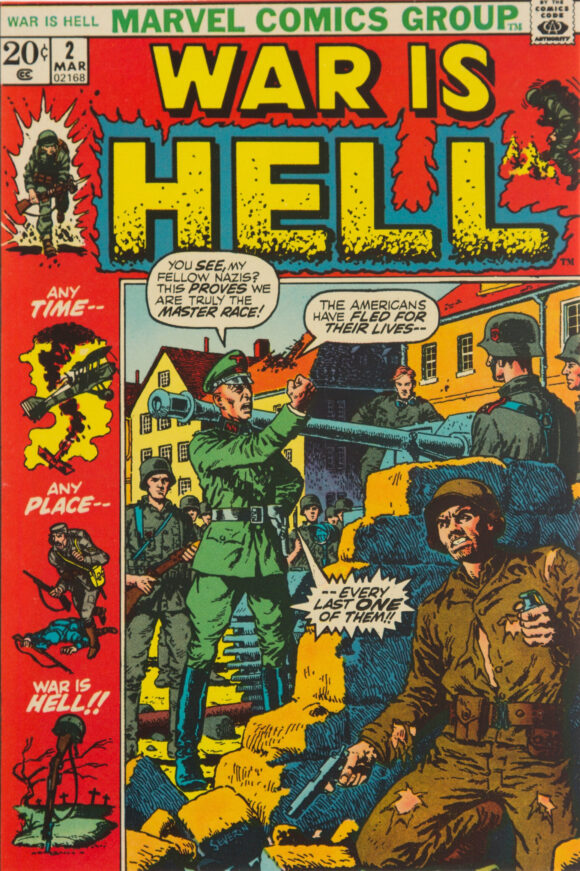 4. The Twilight Zone #47, Gold Key. There were other George Wilson covers I could have picked this month, but this won out for its sheer, unsettling weirdness. Gotta say, though: Those serpent thingies actually look like they might be friendly. Two of them seem to be smiling and they appear more curious than carnivorous. The townies are having none of it, though, and I suppose you can’t blame them. 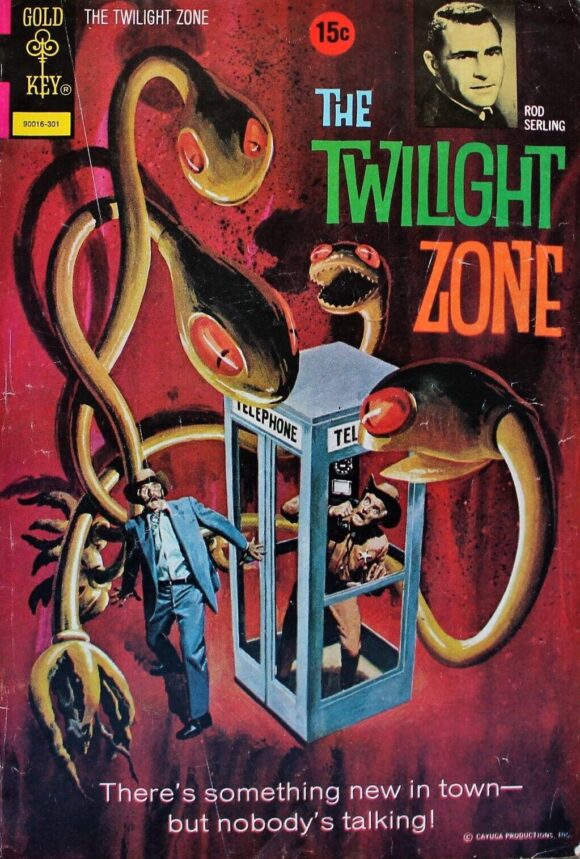 3. Marvel Tales #41, Marvel. Just a really groovy image of Spidey swinging away from danger. I also love his very everyman response to the situation: “Aw, come ON!” 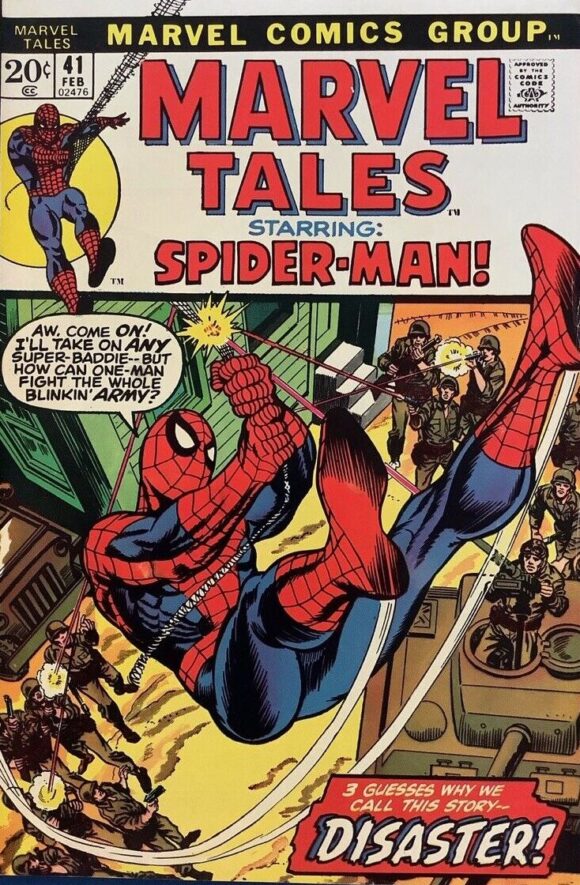 2. Detective Comics #431, DC. The concept has Carmine Infantino written all over it (though I could be wrong). Either way, Mike Kaluta creates a commanding image that turns your head. Big credit too to the unnamed colorist’s bold use of primary colors, which pulls the whole thing together. How artists like Kaluta, Adams, Aparo and others made Batman look so menacing in bright blue is a testament to their prodigious talents. 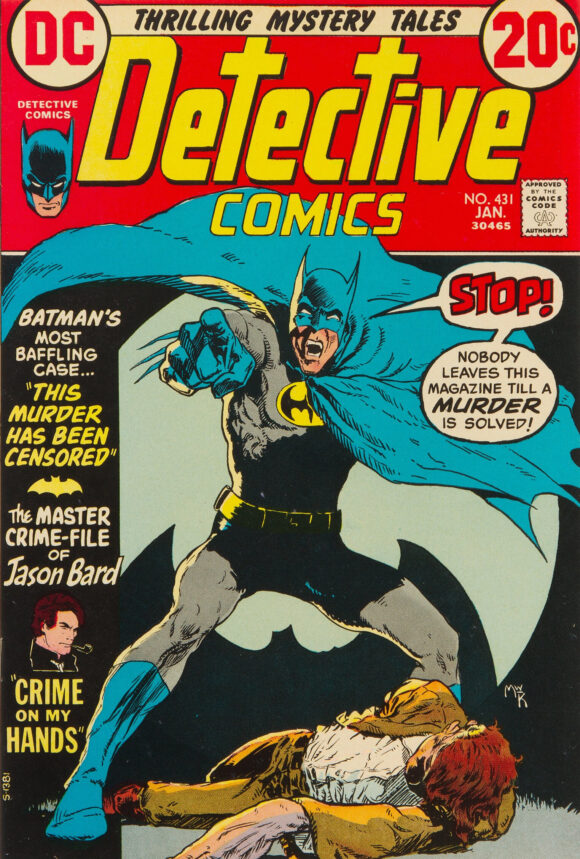 1. Ghostly Haunts #29, Charlton. Ditko unbound! The eyes! The shadowy faces! The ghostly handshake! The one-time buddies exploring the unknown! The starfield in the distance! The color choices! A bold, eerie and enticing cover. It throws a lot at you and in some respects it’s disjointed but it really works as a whole. Ditko. Ditko, Ditko, Ditko.