Bernie Wrightson hits the list twice; it is October, after all. But there are stunners here by Neal Adams, Enrich Torres and Barry Windsor-Smith too. And that’s just a sample.

13. Limited Collectors’ Edition #C-29, DC. It’s a reprint cover by Rube Grossman but it makes the list by virtue of being the first Bronze Age treasury edition! A new era dawns… 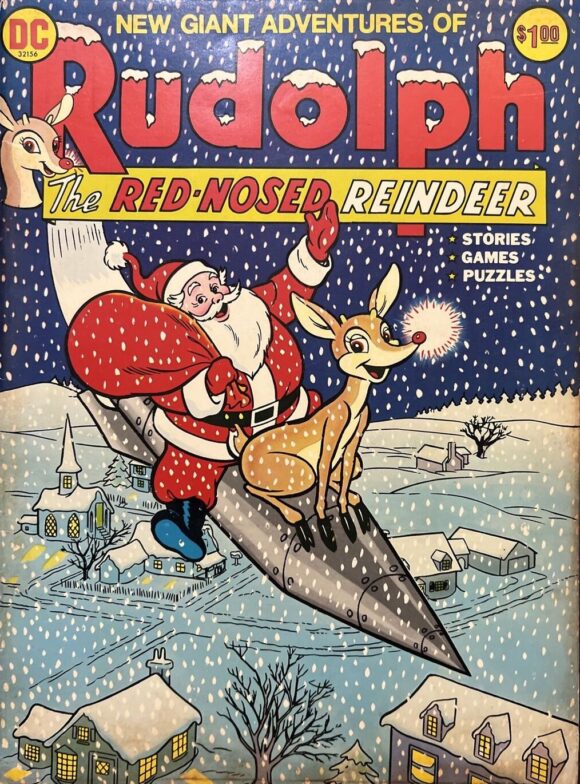 12. For Lovers Only, Charlton. A) I’m pretty certain that this is the first Jose Luis Garcia-Lopez cover to make BRONZE AGE BONANZA. B) Of course his name is Chad! 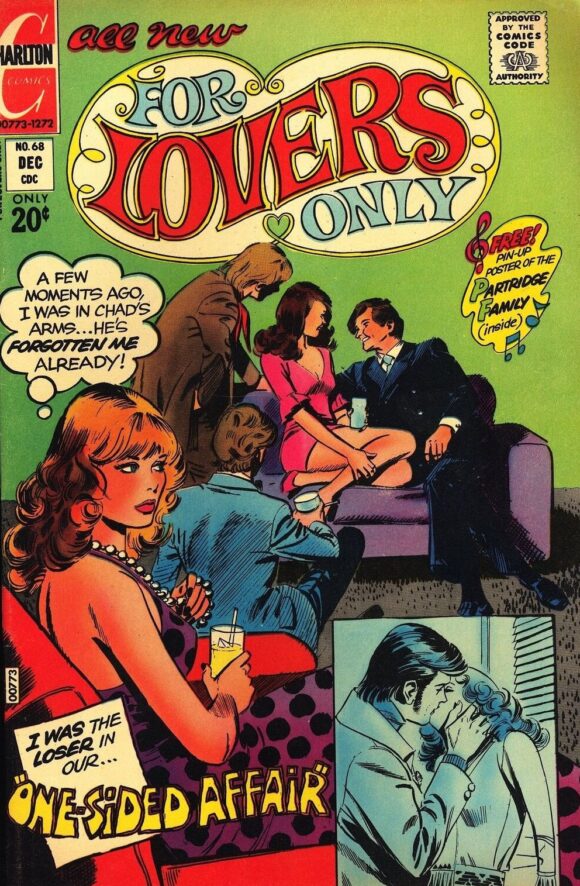 11. Superman’s Girl Friend Lois Lane #128, DC. Waitaminnit, where have I seen this layout before? 10. Iron Man #55, Marvel. A fairly pedestrian cover but the issue itself is a landmark — not only is it the first appearance of Drax and Starfox, it’s the debut of THANOS. You mighta heard of him. 9. Spoof #3, Marvel. The great Marie Severin, ladies and gentlemen. Along with the Beatles, Yoko Ono, the Rolling Stones, Elvis, the Jackson 5, the Osmonds, David Cassidy, Rod Stewart and the fabulous Tom Jones. Plus two dirty politicians. What more could you want? 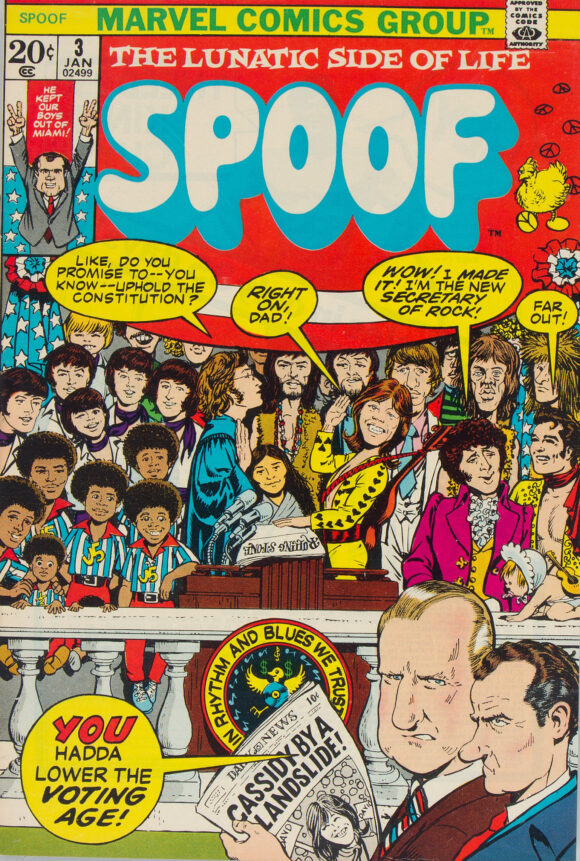 8. Daredevil #95, Marvel. Gil Kane did the two-combatants-smashing-through-a-window bit a lot. And you know what? It worked every damn time. Look at that movement! Masterful. 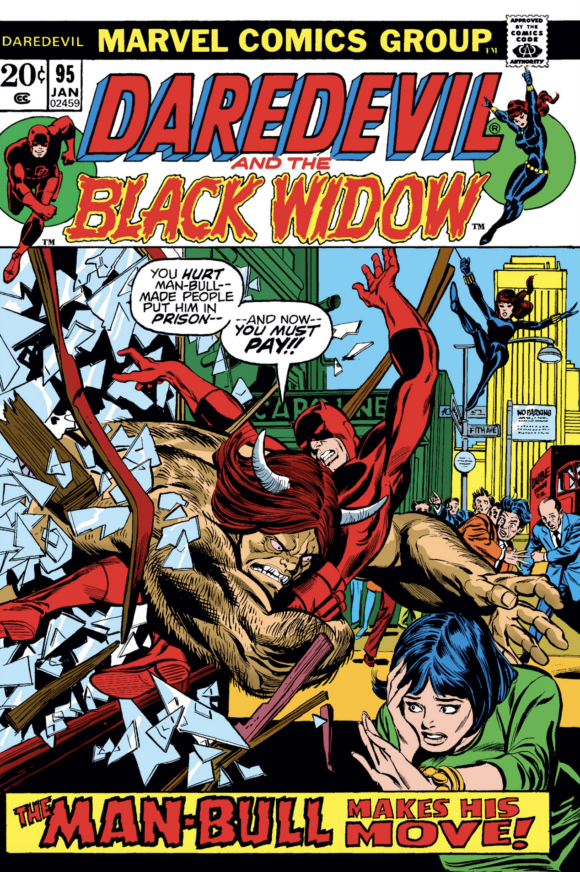 7. World’s Finest #215, DC. Bob Haney was the gift who kept on giving. The beginning of perhaps the weirdest mainstream comics “saga” ever — and Nick Cardy rises to the occasion with a groovy cover. And check out Bruce Wayne Jr.’s hip 1972 fashion sense. Far out. 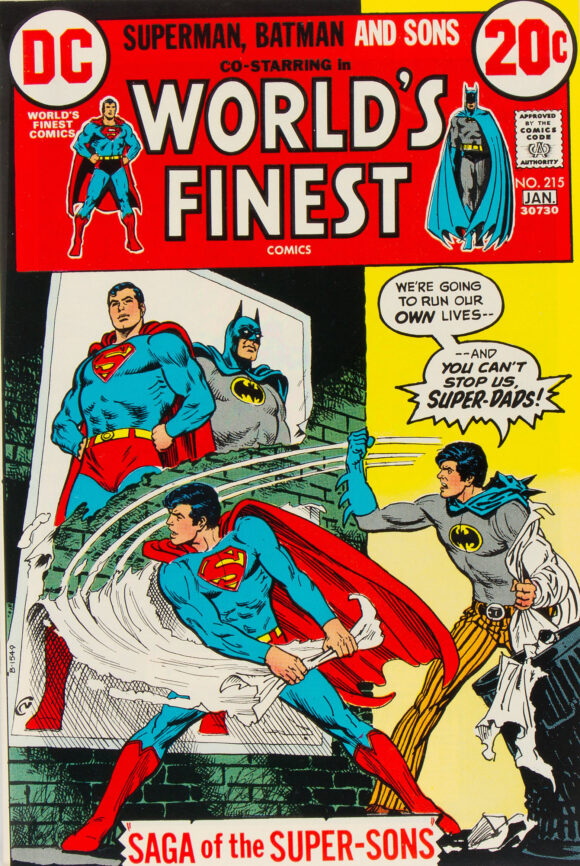 6. Batman #246, DC. If I ever knew that Dave Cockrum was the penciller of this cover, I completely forgot. Because in my head this has always been a standout Neal Adams cover. And a really grim one at that. (Adams did the inks.) Kinda surprised it passed muster with the Comics Code, because this is startlingly horrifying. 5. Conan the Barbarian #22, Marvel. Barry Windsor-Smith just kept getting better as he went along, didn’t he? The line work, man. The line work. 3. Vampirella #21, Warren. I have to admit that when I started BRONZE AGE BONANZA a few years back, I debated whether to include magazine covers along with comics because in some respects it’s an uneven comparison. I ultimately decided to include them because they were right there on the racks, competing for the comics buyer’s hard-earned quarters and dimes. But I gotta say this just feels like unfair competition because this is astonishingly brilliant. Ignore the obvious Vampi cheesecake factor for a second: The glowing skull radiating outward gives off such heat that you feel like you have to pick this up wearing oven mitts. Overall outstanding composition with spectacular colors. Magnificent. 2. House of Secrets #103, DC. One of Bernie Wrightson’s very best. Perfect for this time of year. 1. Action Comics #419, DC. Some people consider this the greatest Superman cover of all time. Though it’s not my personal fave, it’s difficult to argue the point — after all, Very Young Dan had his parents hang this on his bedroom wall. That’s about the highest compliment a kid could give. Memorable, evocative, superb.