Hey, it’s January and we get to start covering a whole new year. It’s an eclectic slate this month and we’ll get right into it. 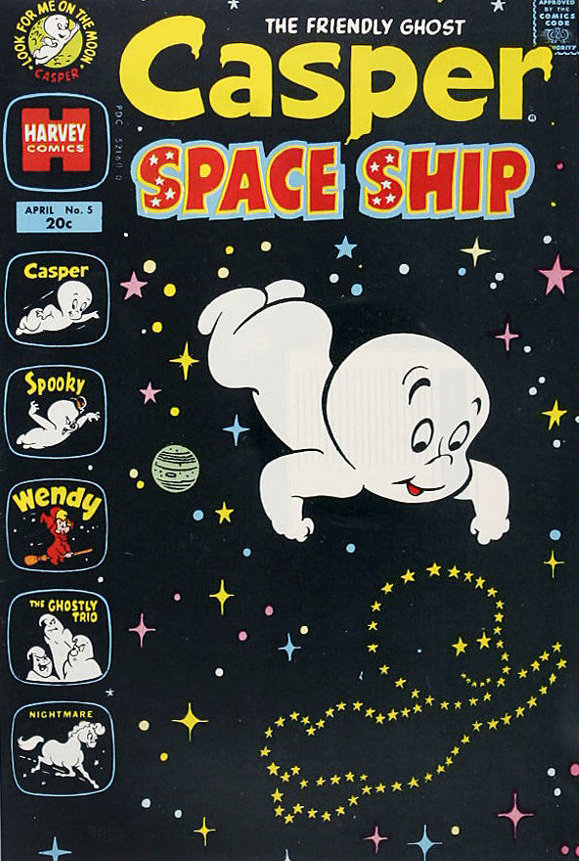 12. Thor #210, Marvel. I’m pretty much a sucker for a good close-quarters battle cover a la Kirby, Buscema or, in this case Gil Kane (inked by Joe Sinnott). 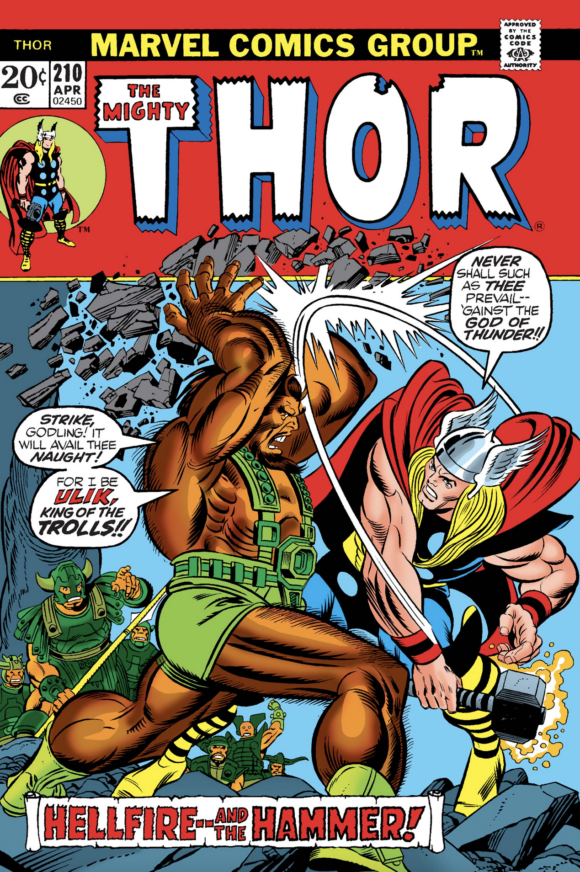 11. Daredevil #98, Marvel. Nicely framed urban catastrophe with a kinda cool-looking villain and a fab Black Widow. This kind of explosive tableau can be hackneyed or effective. This one’s effective. 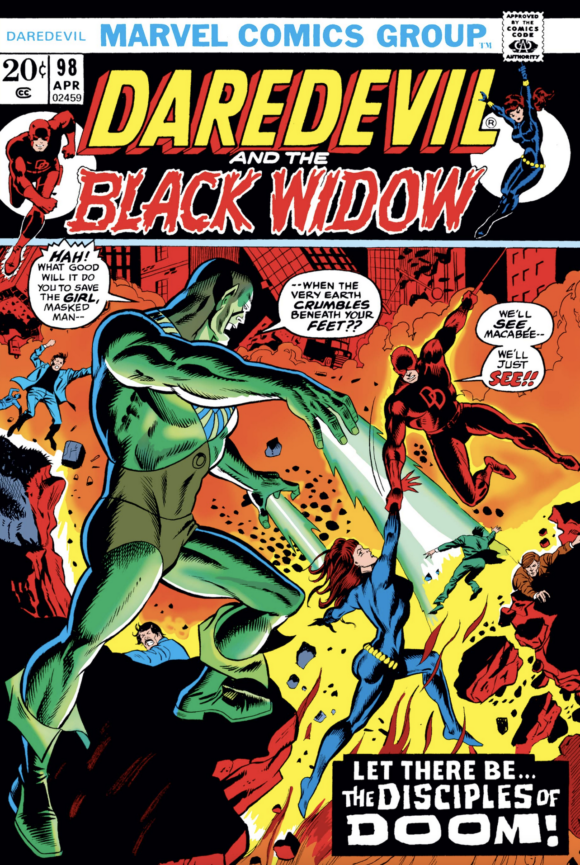 10. Strange Adventures #241, DC. A nice, clean Nick Cardy cover. The menacing angle of the giant, misty hands is what makes it — it’s as if the cover were pulling you toward it on the spinner rack. Groovy. 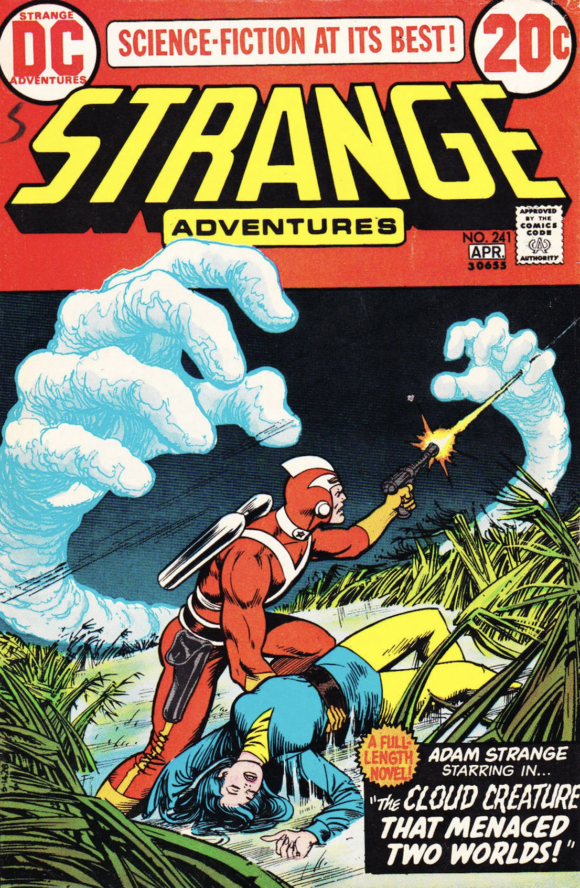 9. Astonishing Tales #17, Marvel. I never think of Ka-Zar fighting guys who look like this but maybe I haven’t read enough Ka-Zar. Either way, it’s that contrast between sleek Gemini and loin-clothed Ka-Zar that sells this one, beyond the dramatic action. 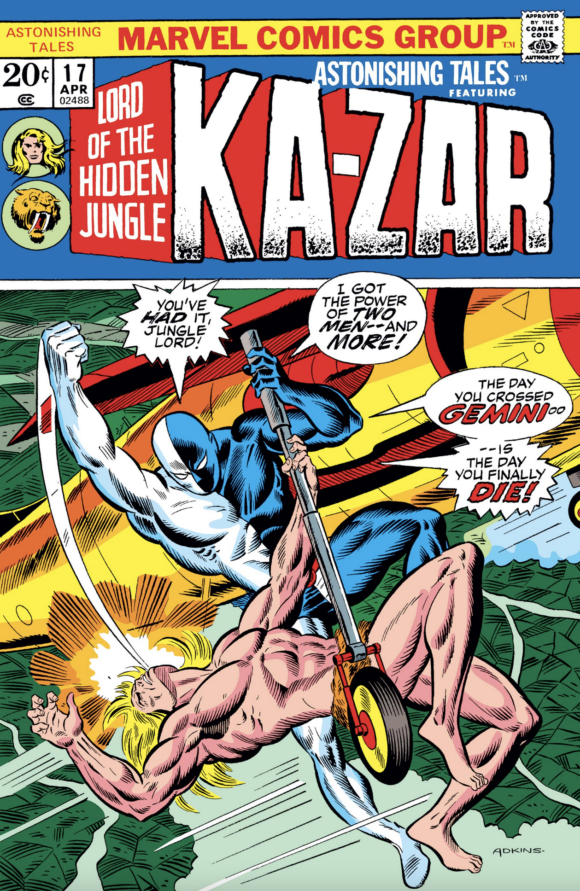 8. Korak #51, DC. You could argue that this one’s a bit too dark but the bold red behind Korak and the uplighting effect bring this one to the fore. Joe Kubert was another master at intense, close combat. 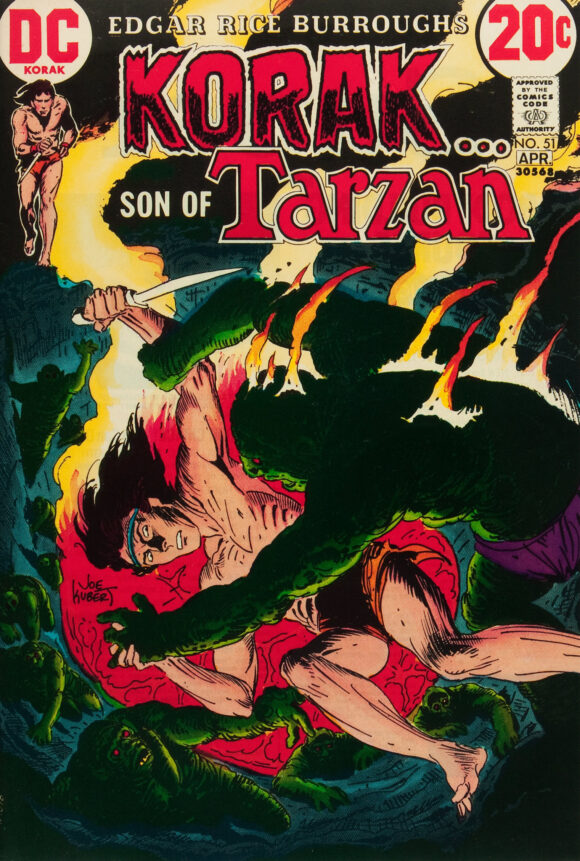 7. Star Spangled War #168, DC. The reaction-shot cover is a hoary chestnut but Kubert always made the concept work, especially when he was tapping into his antiwar leanings. To hell with you, Captain Gloryhound! 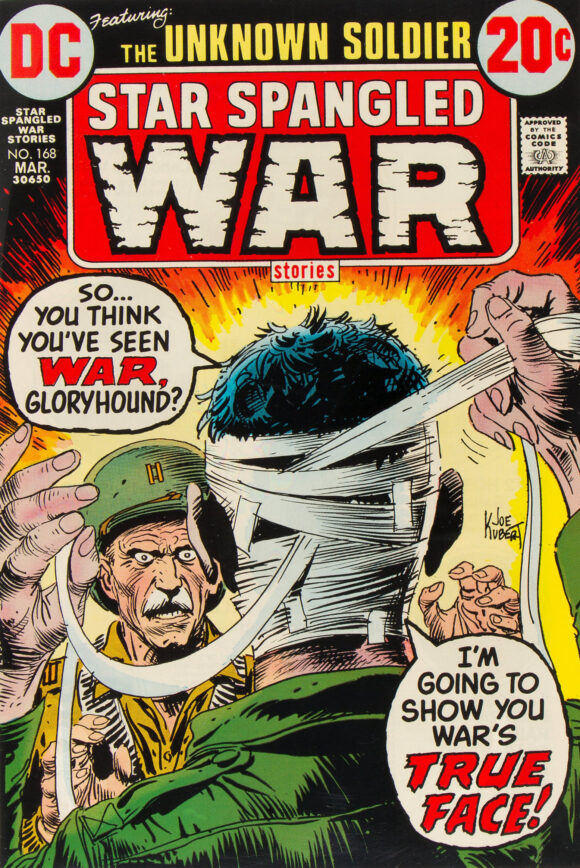 6. Iron Man #57, Marvel. Dig that looming, ethereal visage of the Mandarin — it beautifully ties together an otherwise pedestrian layout. Major props to the colorist too. (Marie Severin?) 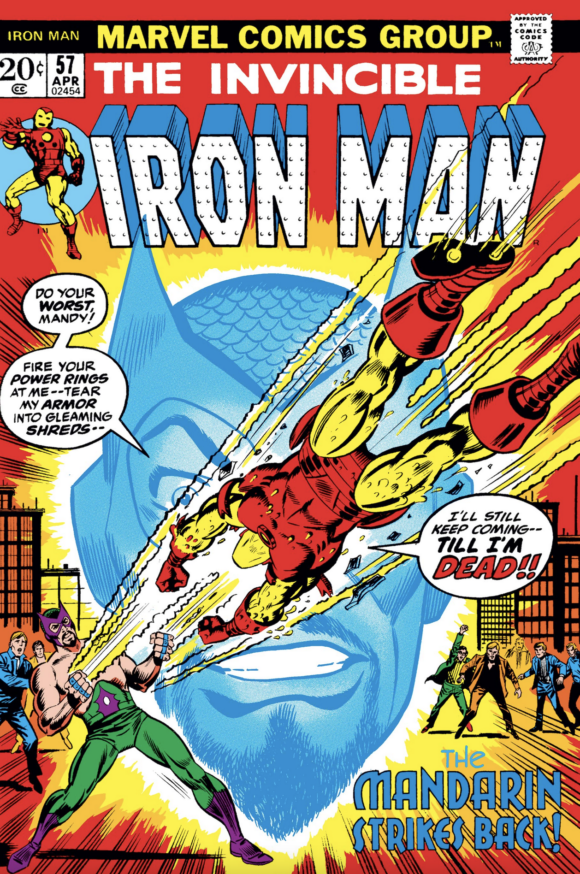 5. Kamandi #4, DC. One of my fave Kamandi covers. Kirby brings on the danger, the bright red background really pops and we get a very 1970s shopping center, to boot. What’s not to like? 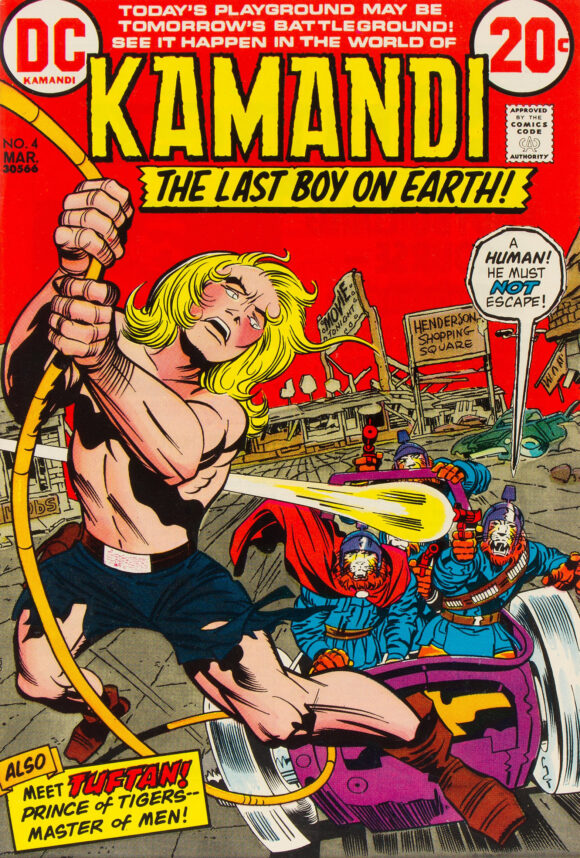 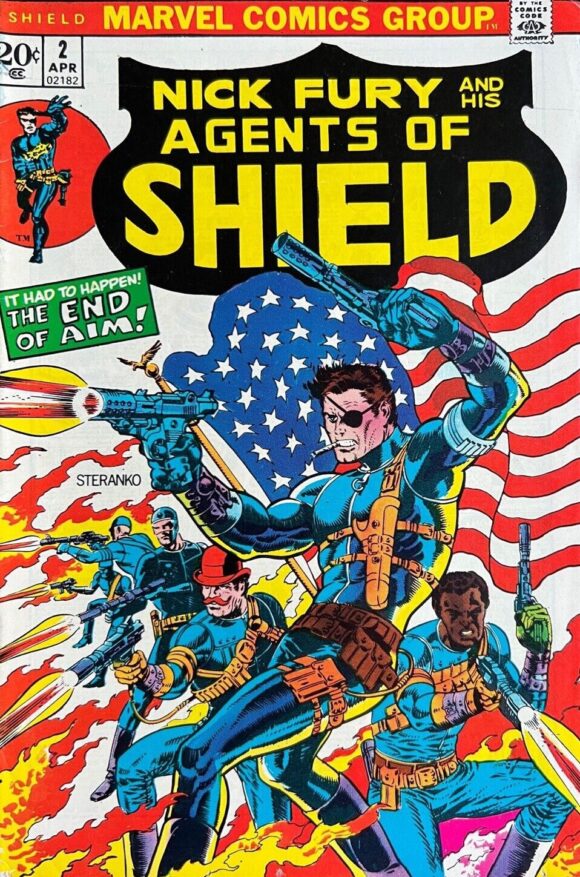 3. Wonder Woman #205, DC. One of the most (in)famous Wonder Woman covers of the era. It’s not just a bondage cover, it’s a mightily suggestive image that set adolescent boys a-twitter. I appreciate the return of the classic WW logo, which emphasized that Diana was back at her full powers after having lost them for years. 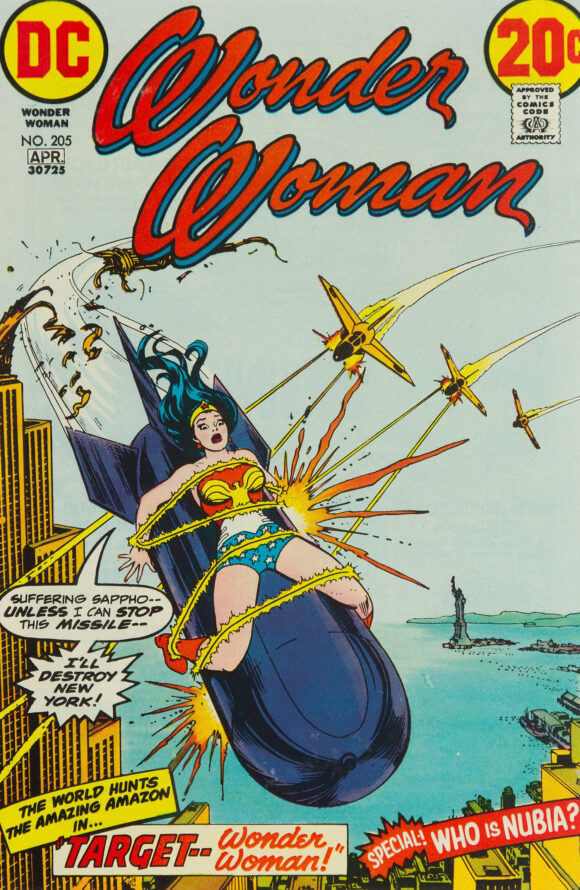 2. The Amazing Spider-Man #119, Marvel. The first Spidey comic I ever got. Little did I know (or understand) what was coming in just a couple issues. That said, it’s a terrific showdown piece that’s dominated by the furious Hulk — which led Young Dan to believe that the green giant was a bad guy. 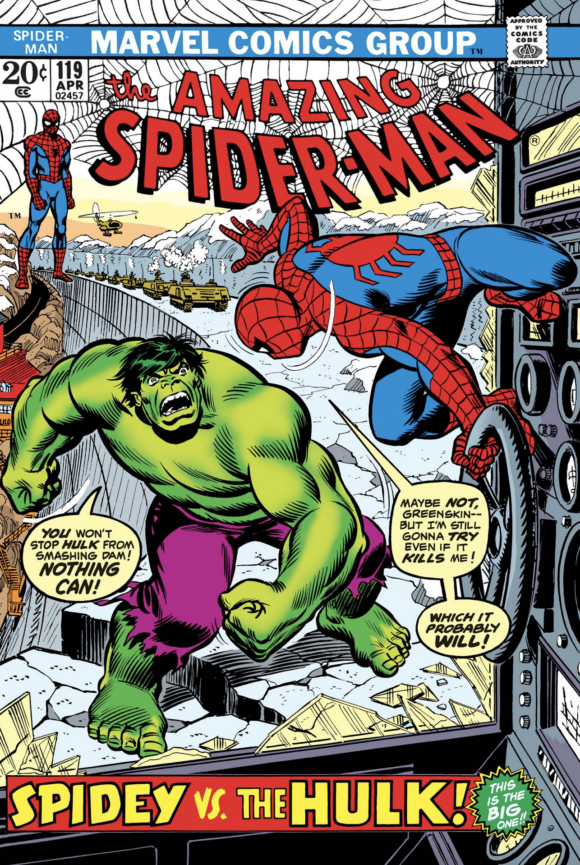 1. Supernatural Thrillers #3, Marvel. I don’t know how long Gil Kane had to work on this one but it seems even more detailed and dramatic than his typically great fare. Niord’s ferocity is striking and that is one disgustingly beautiful giant worm. A powerful portrait of Robert E. Howard carnage. 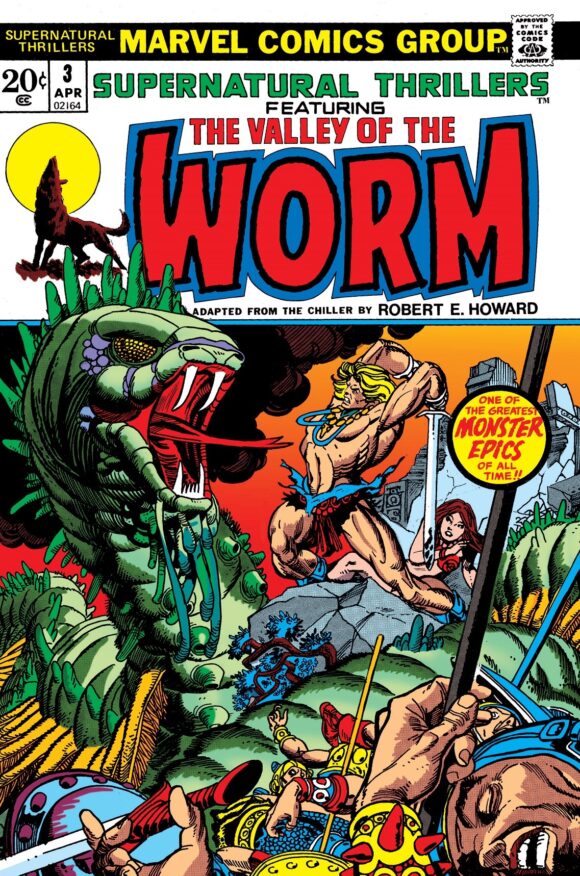