BRONZE AGE BONANZA: We flip the calendar on the monthly feature and begin anew…

We started BRONZE AGE BONANZA last January on a hunch and you guys dug it, so we’re ready for a new year showcasing the best covers from 50 years ago.

Naturally, that means starting with January 1971.

13. The Partridge Family #1, Charlton. Jeez, Charlton went all out in trying to jam everything they could on this cover. Not the best job but it does draw the eye and it certainly tells you what was going on in pop culture in January 1971. There’s a version out there where the photo’s in color, by the way. (Admit it: You love “I Think I Love You.”) 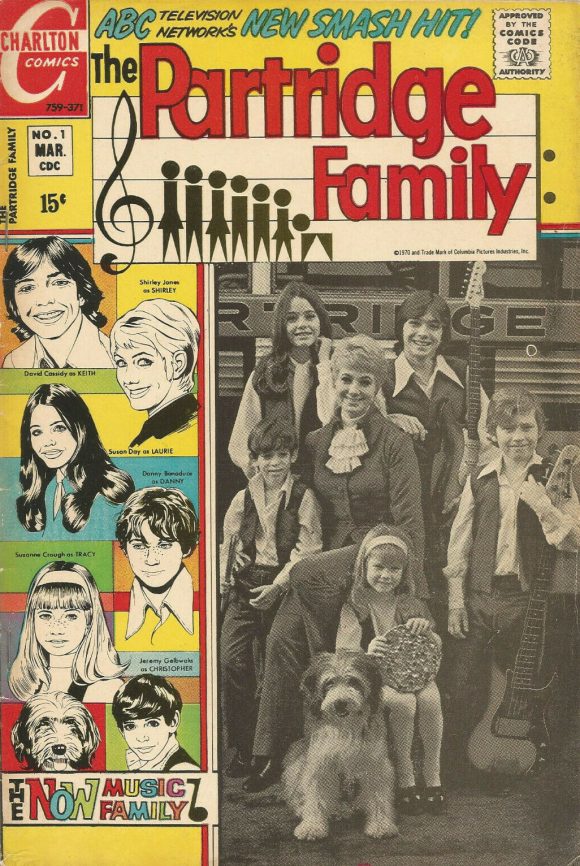 12. Laugh #240. Actually, you’re wrong, Archie. They did make it once they changed their name to They Might Be Giants. 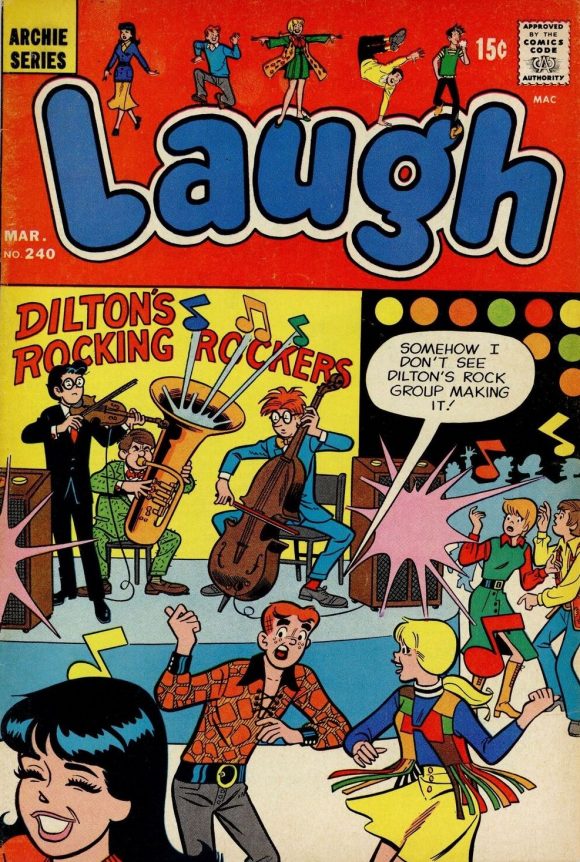 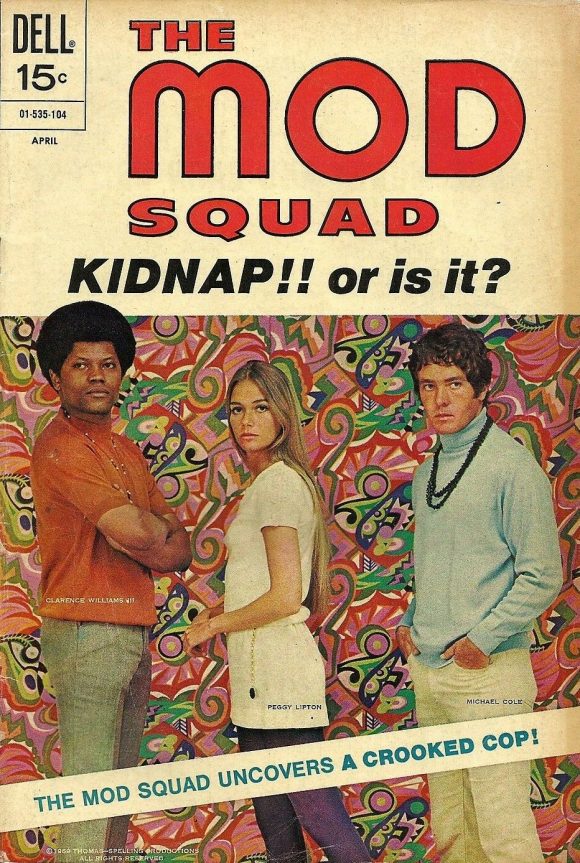 10. Tales From the Tomb, Eerie Publications. Johnny Bruck at it again. This cover is modified from a German pulp mag from a decade earlier but I don’t care. It still deserves a spot on this list because: A) you’ve got a laser-carrying ape creature, and B) some dude with his own personal fireworks show coming out of his face. That’s entertainment! 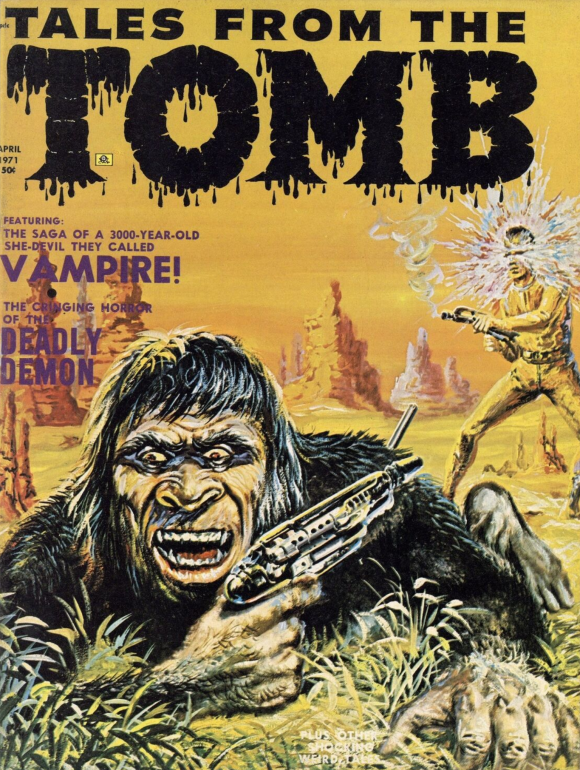 9. DC Special #11, DC. Neal Adams pretty much dominated 1970’s BRONZE AGE BONANZA and you can pretty much expect more of the same for 1971. This is a pretty straightforward piece but I’m struck at the sheer draftsmanship of the gargoyles. Just great illustration. 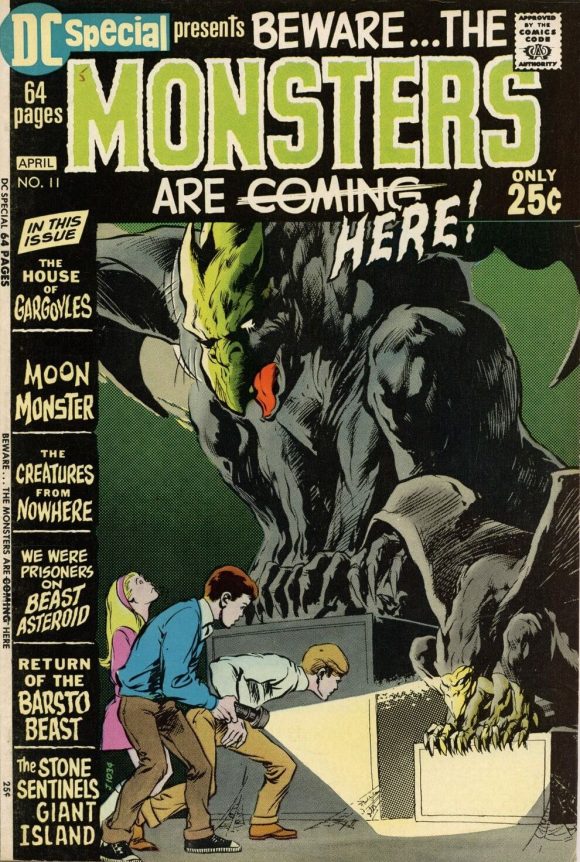 8. Aquaman #56, DC. Nick Cardy’s swan song as Aquaman cover artist — and the series’ swan song until it was revived some years later. Aquaman would make his way to Adventure Comics in the meantime. 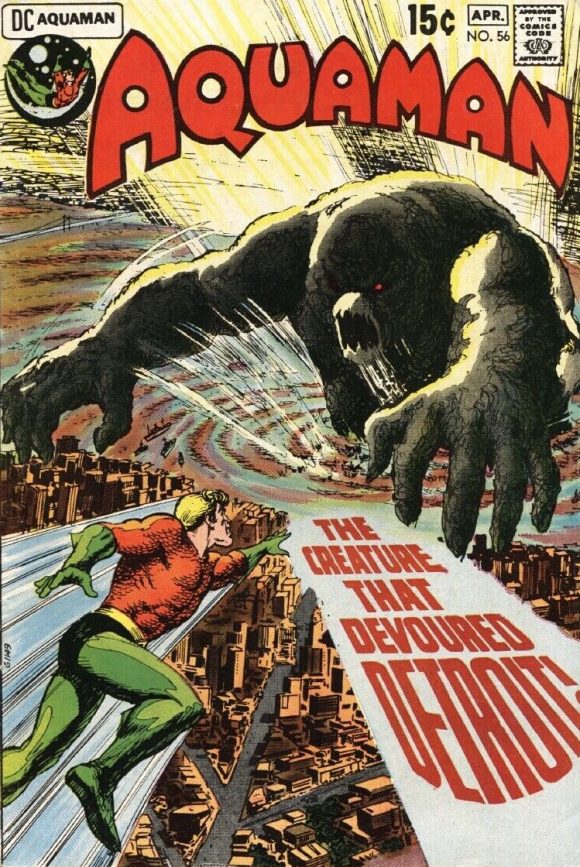 7. Adventure Comics #404. My guess is that Supergirl somehow stumbled onto Bob Fosse’s company workshopping Pippin and things just got out of hand. 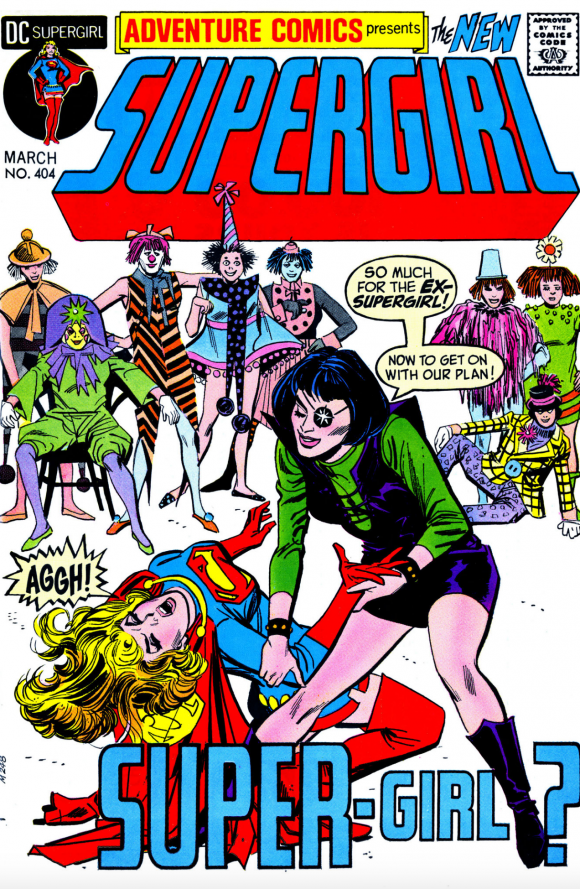 6. Thor #186, Marvel. You get two sides of John Buscema this month. (You’ll see in a sec.) Here, Big John gives you a straight-up Thor showdown, utilizing terrific composition and the compelling effect of a dwindling Thunder God. Fantastic color palette, too. Not sure who the colorist is, but my first thought always goes to Marie Severin. Anyone out there know for sure? 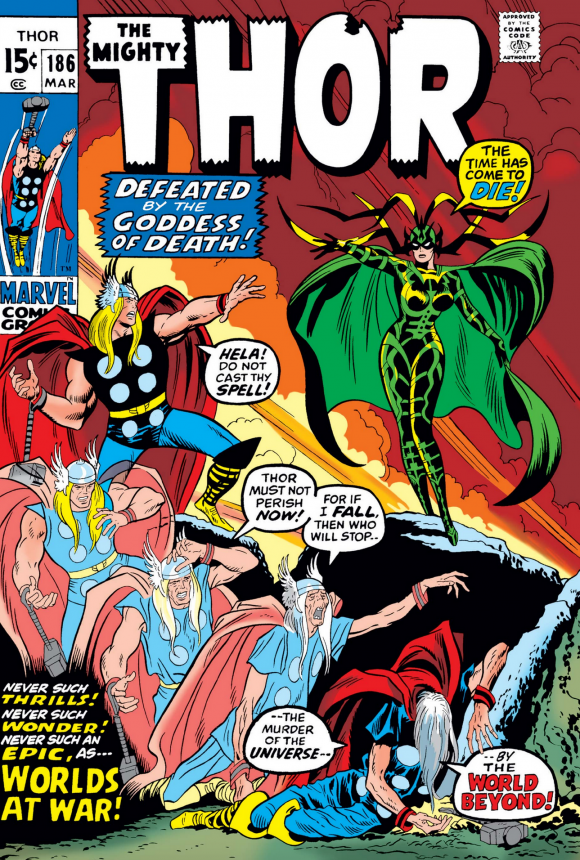 5. Batman #230, DC. The story by Frank Robbins is a rather ham-fisted attempt at early-’70s relevance but the cover by Adams and Giordano is damn provocative, especially because Batman’s symbolic role is ambiguous. Thought-provoking. 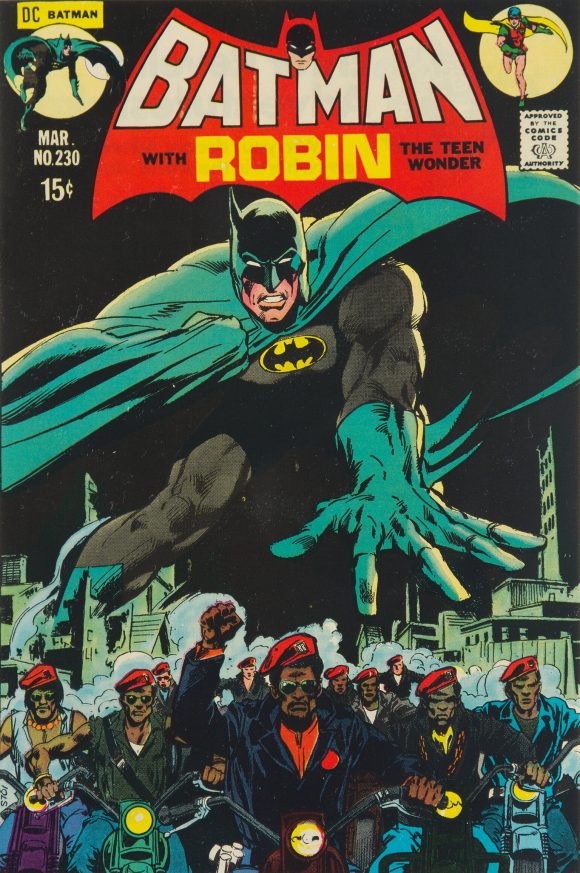 4. World’s Finest #201, DC. Not terribly inventive but very well executed. Giordano is credited with inking Adams, but that Superman face looks kind of wonky, so perhaps someone else tinkered with it.  Nevertheless, it’s a classic comic-book tableau. (I’m not sure I’ve ever read this, so I’d love to know how Earth-Two’s Dr. Fate factors into this one.) Dig the color palette, too. 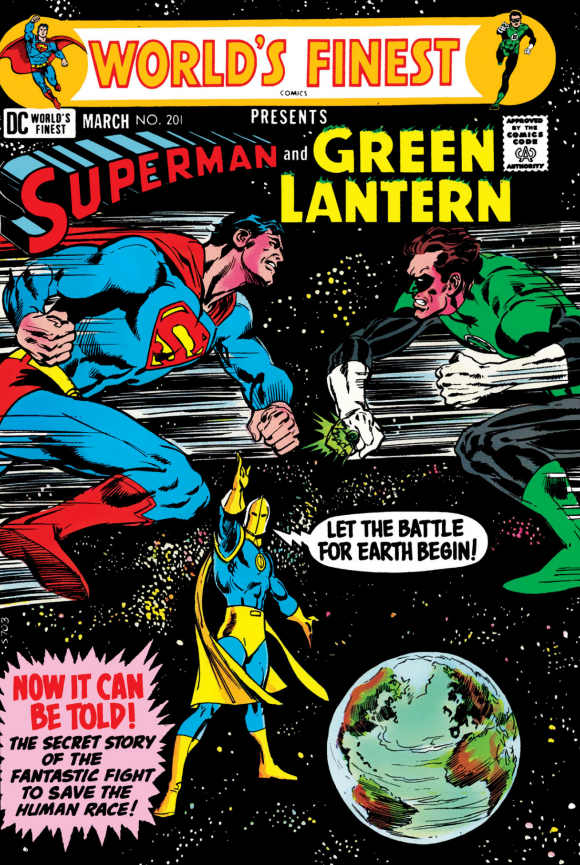 3. Conan the Barbarian #4, Marvel. Just one of Barry Windsor-Smith’s best-known Conan covers is all. No wonder the barbarian has been so popular in comics. 2. Mister Miracle #1, DC. Even if you’re not a fan of Vince Colletta’s inks, this is an eye-popping introduction to Mister Miracle by Jack Kirby. I just love Scott Free’s easy confidence, too. Just another day at the office. 1. Savage Tales #1, Marvel. And now here’s John Buscema the painter. As with Windsor-Smith above, it’s easy to see why Conan translates so well to the comics page. Violent, exciting and dramatic, Buscema nails it. And he’d only get better. (Bonus points for featuring the first appearance of Man-Thing!)