This month’s BRONZE AGE BONANZA is comin’ atcha a little earlier than usual. Why is that? Because we’re getting ready for the big finale: On Dec. 18, if all goes well, we’ll be bringing you the annual round-up for 1972 — the TOP 13 covers for the entire year. (And in January, we start our fourth year of this feature, covering 1973.) 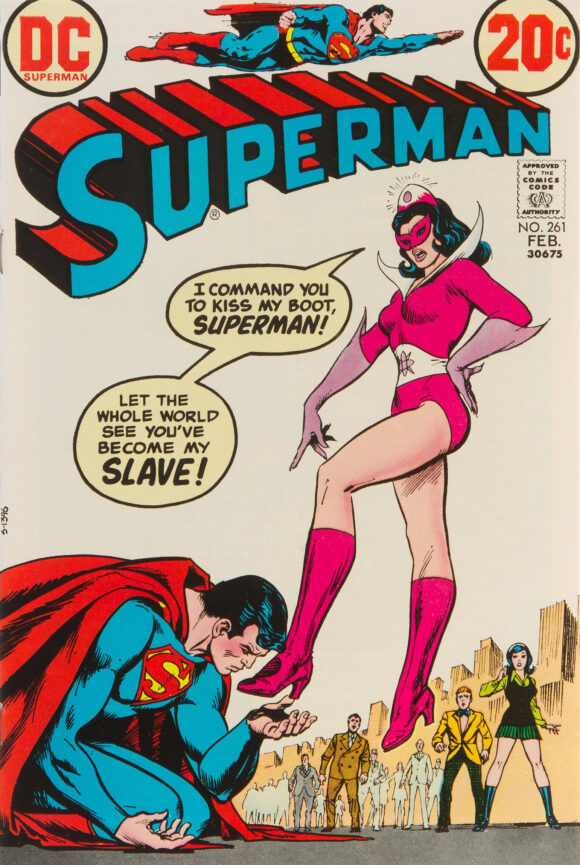 12. The Avengers #109, Marvel. It’s a pretty cliched layout but the execution is especially strong. Points for the background color job. Perhaps it was Marie Severin? 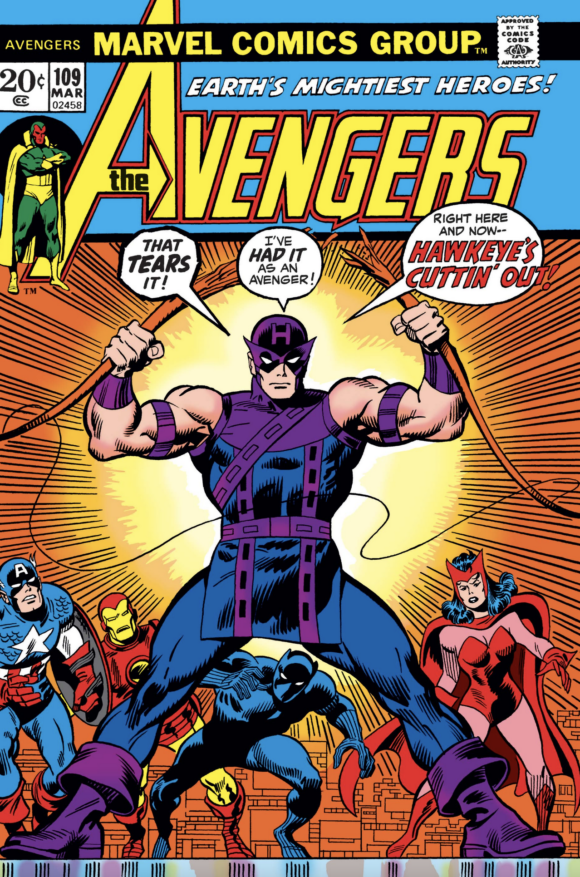 11. Supergirl #3, DC. Let’s face it: This is a pretty retrograde cover. The only things missing are “Choke!” and “Sob!” But again, nobody ever drew Supergirl better than Bob Oksner. 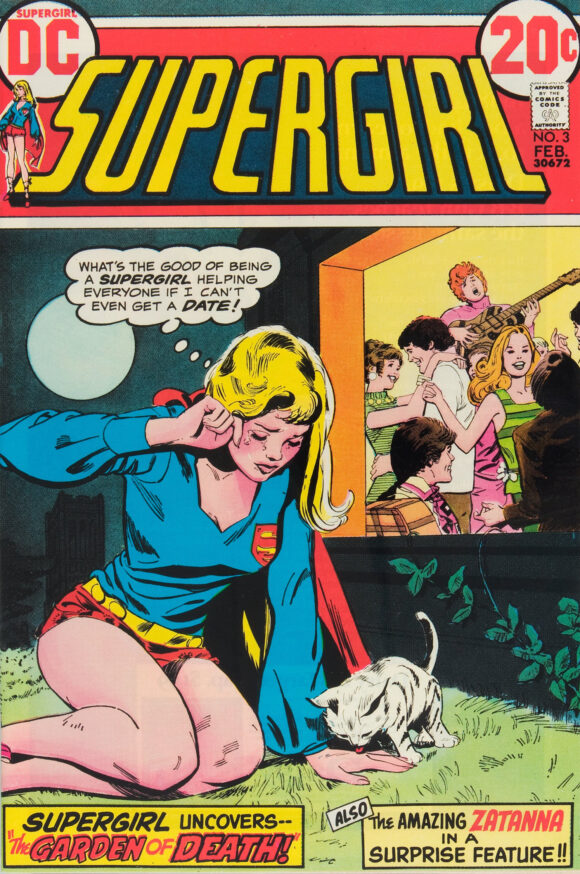 10. Laugh #263, Archie. The artist is unknown but I’d wager what’s in my wallet that this is Dan DeCarlo. What cracks me up is the half-baked attempt at making this is a Christmas cover with the tiny wreath in the window. Because you know as well as I do that this was just an excuse to get the Riverdale gals together in their nighties. 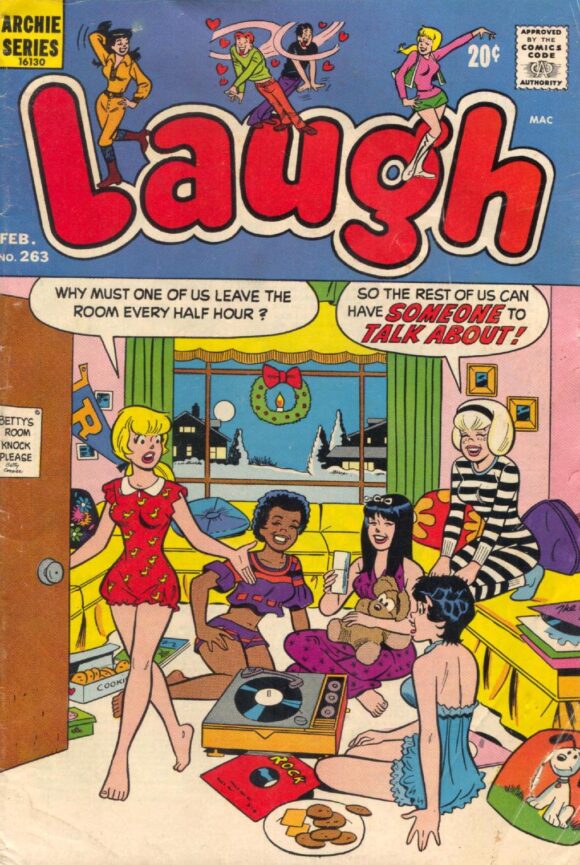 9. Secrets of Sinister House #9, DC. My guess is they met at a club and when they got back to her place, she saw that fang pop and was all “OHMIGODLETMEOUT.” Effective painting by Jack Sparling. 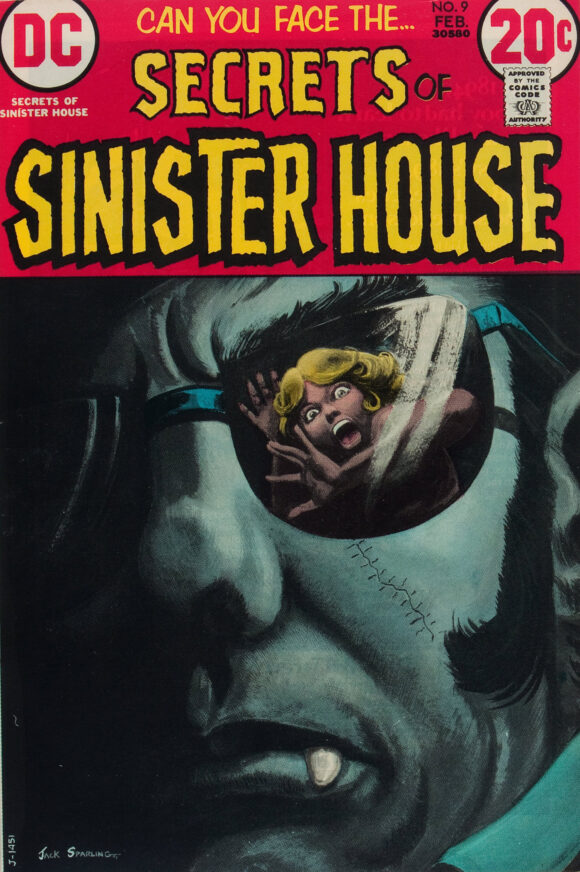 8. Boris Karloff Tales of Mystery #45, Gold Key. This looks like it was just plain fun to illustrate. Dare I say it? “Hail Hydra!” 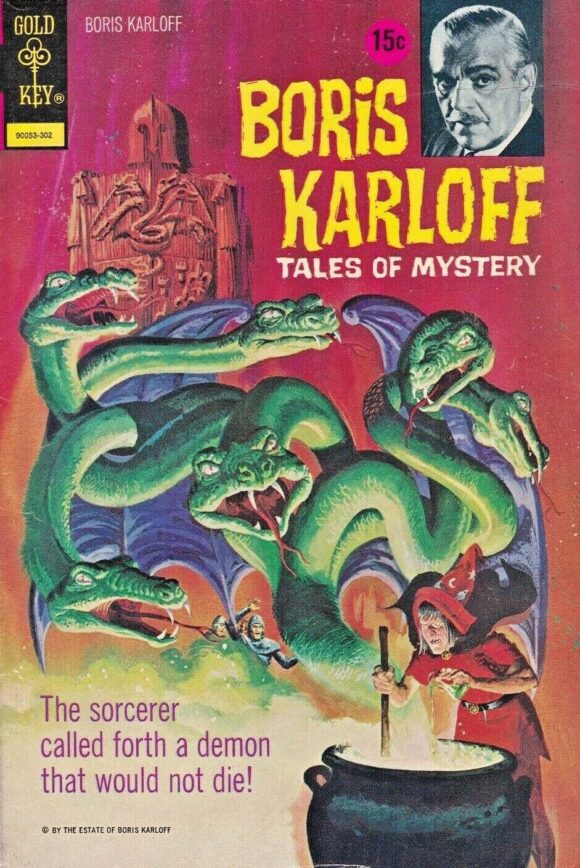 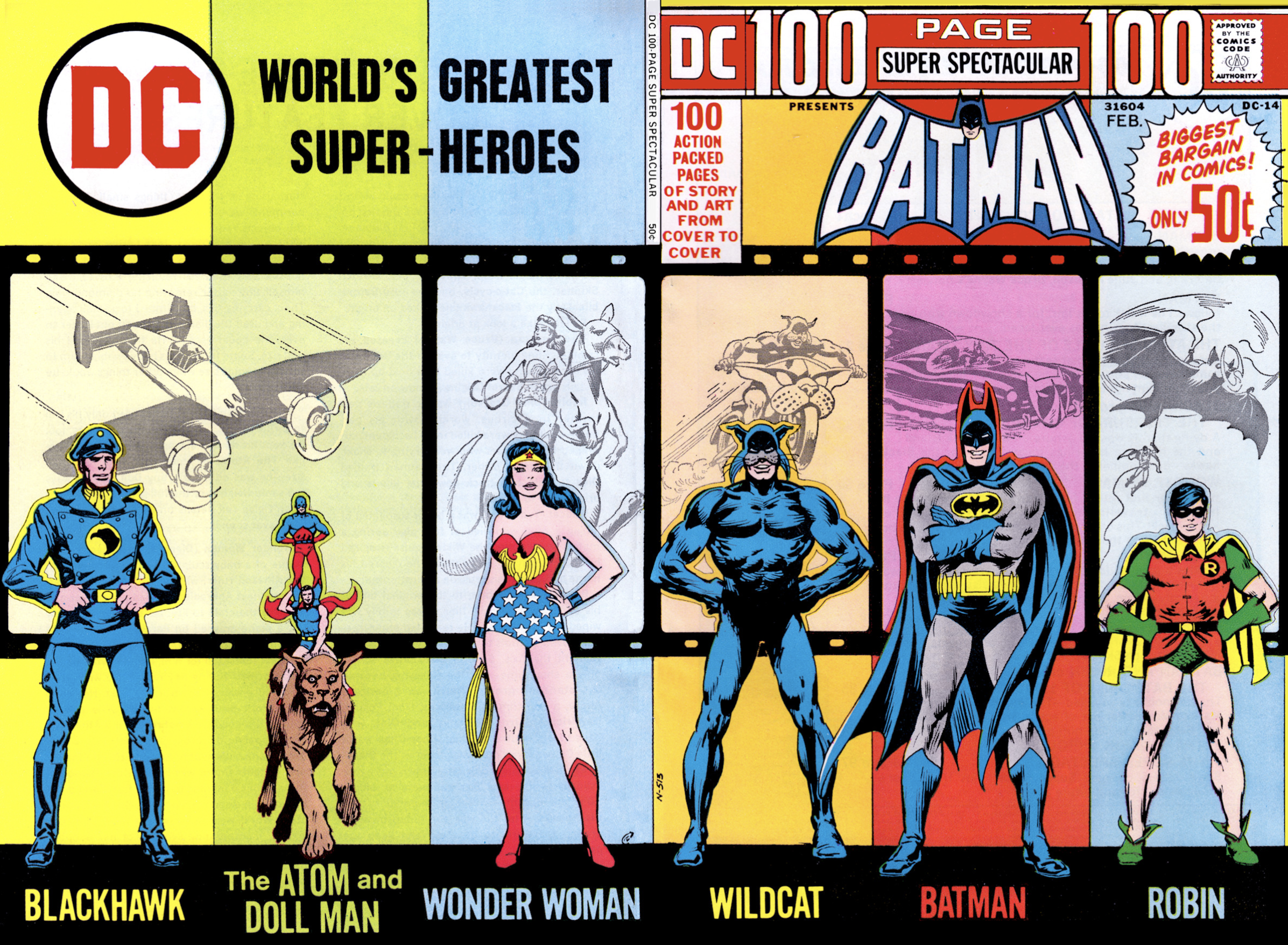 6. Secret Origins #1, DC. Both this and #7 were by Nick Cardy and both follow the same concept. The Super Spectacular has an edge as a wraparound but I think Secret Origins is the punchier version because the vignettes behind the characters show the iconic moments these heroes were forged. There’s simply more action and drama. Plus, that’s one of the coolest Batman images Cardy ever drew. 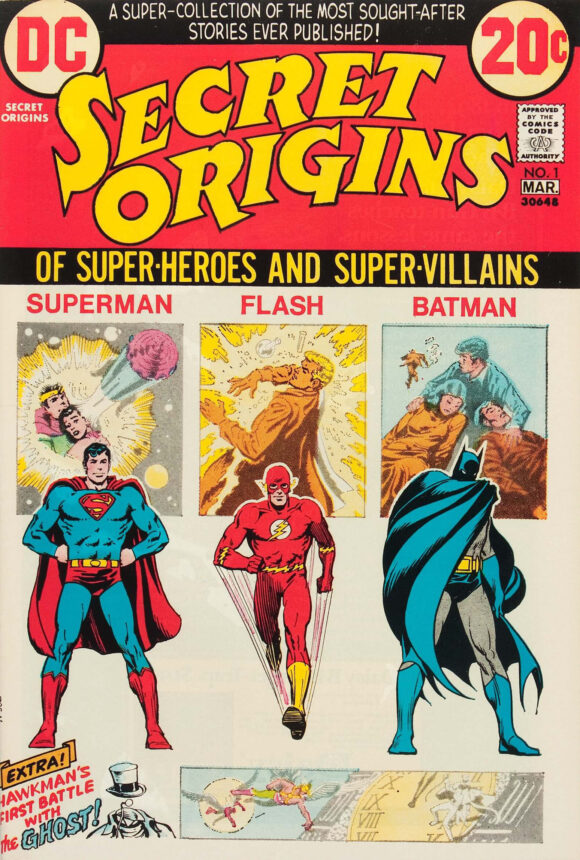 5. Amazing Adventures #17, Marvel. Love this cover by Starlin and Giacoia. That’s one of the more imposing images of the hairy, blue Beast you’ll ever see and once again credit is due to the unnamed colorist because it’s a spectacular job. 4. Conan the Barbarian #24, Marvel. Yet another iconic Conan piece by Barry Windsor-Smith, featuring Red Sonja’s first cover appearance. (She was introduced the issue before.) 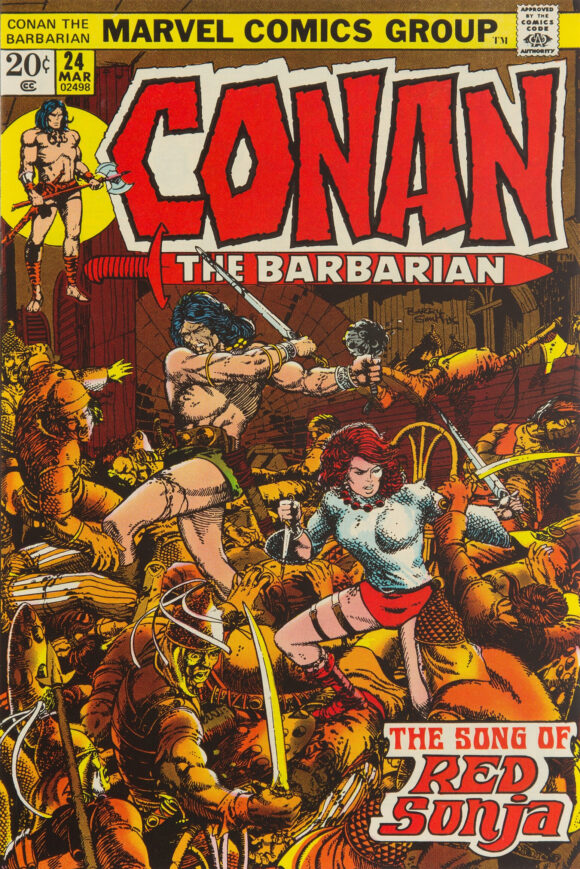 3. The Flash #220, DC. One of the most compelling — and unsettling — Flash covers of the Bronze Age. It happens to be the first Flash comic I ever got and in a weird way it celebrates the similarities and differences between two of the best superhero designs ever. You can’t look at this and not be drawn in. 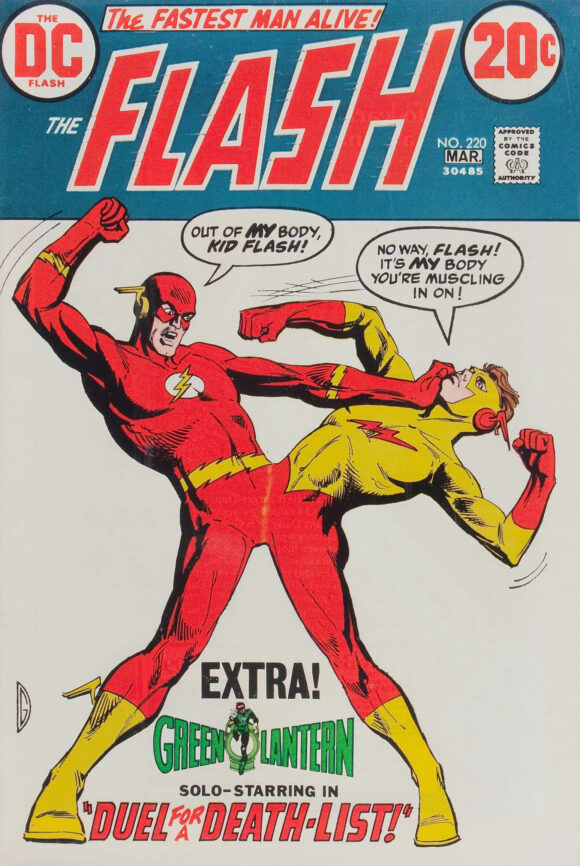 2. Hero for Hire #7, Marvel. Sweet Christmas, indeed! One of the most gleefully horrifying and subversive holiday covers ever. 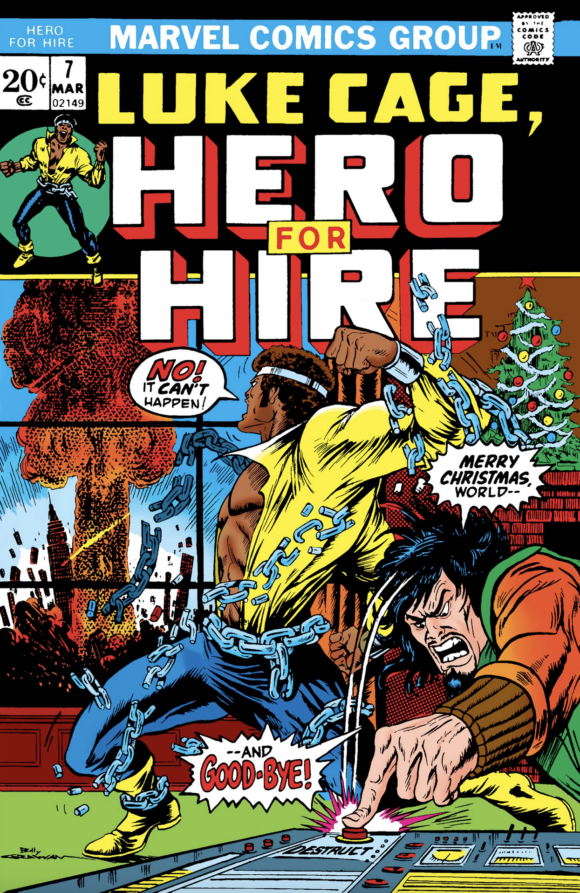 1. Shazam! #1, DC. A landmark issue — and it was an incredibly long, bitter, convoluted road to get here. To this day, I look at this and smile — but with an eyebrow cocked toward the inherently strange tableau of Superman introducing the guy DC effectively knocked off in court because he had the temerity to threaten the Man of Steel’s comic-book primacy. 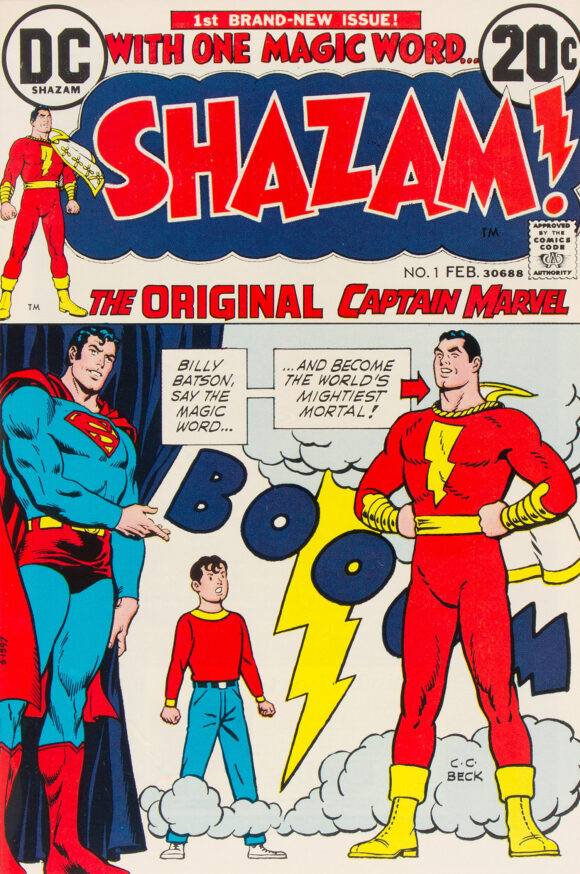