OK, it’s the final month of the year, so it’s naturally all about December 1970.

Until then, dig this year’s final monthly installment: 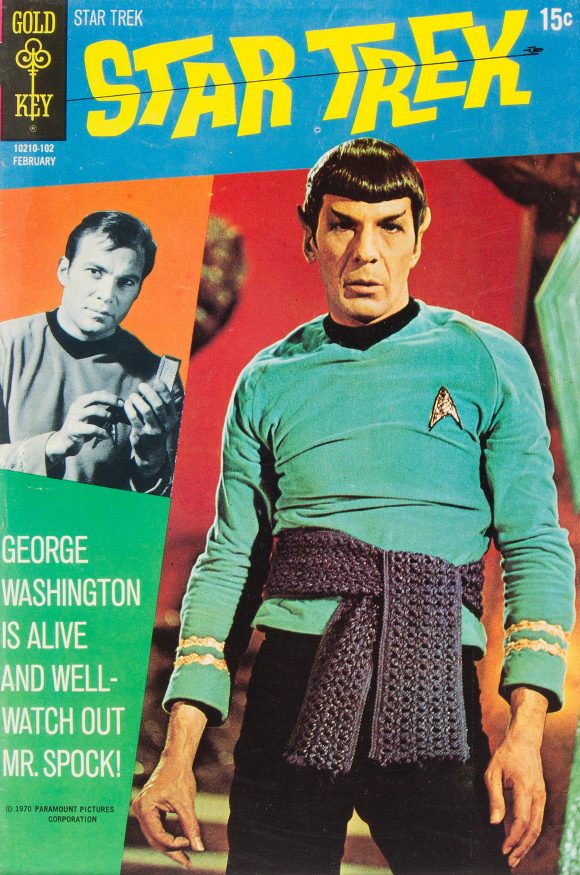 12. Heart Throbs #130. Good lord, what’s the subtext here? “I’m ruined for any boy! My father saw to that!” And then the old man’s creepy comment about the lovelorn lass. WTAF. 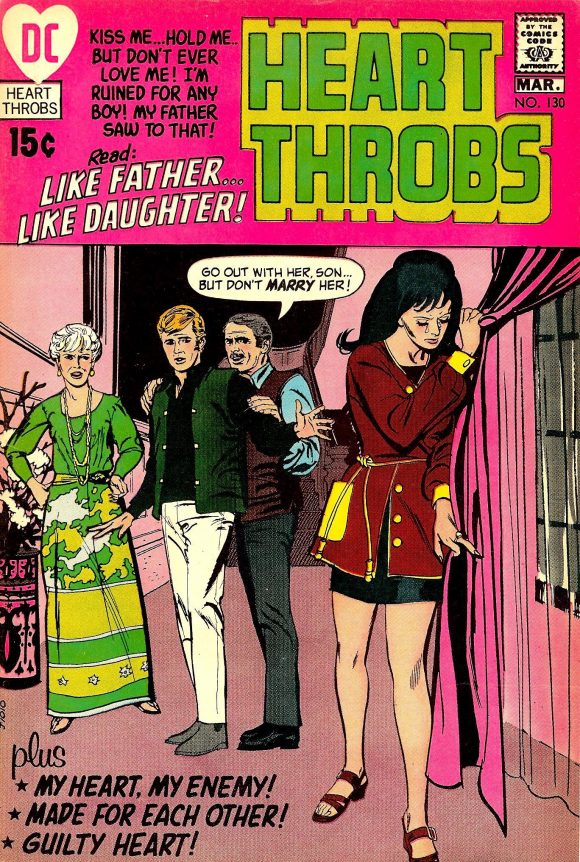 11. Horror Tales #11, Eerie. Johnny Bruck’s painted cover is actually a reprint from an earlier German mag, but so what? This isn’t just nightmare fuel. This is nightmare fuel that will set your hair on fire and have you running from the house screaming into the night. 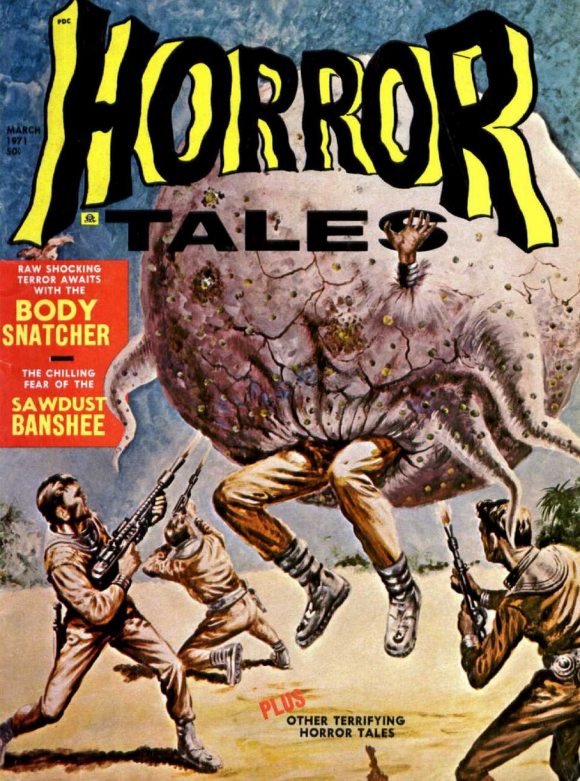 10. The Avengers #85, Marvel. Anything that makes New York look like it did in Planet of the Apes I’m totally down for. Buscema and Everett bring the terror. Great colors by whoever did them. (Marie Severin? Let me know, folks!) 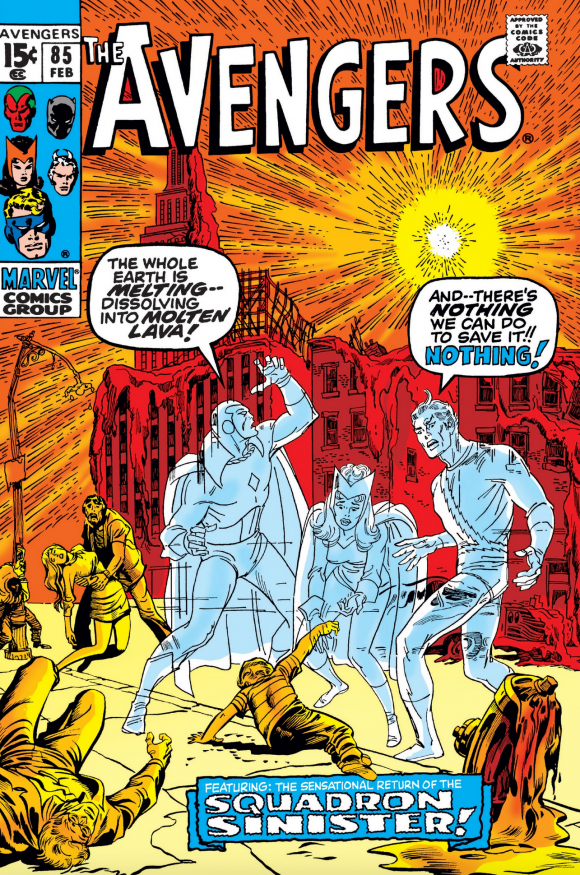 9. The Brave and the Bold #94, DC. Batman and Teen Titans team-ups were among my faves — and they typically showed them at odds. Here, though, it gets really unsettling with the adults-only concentration camp. And boy, Robin is peeved. 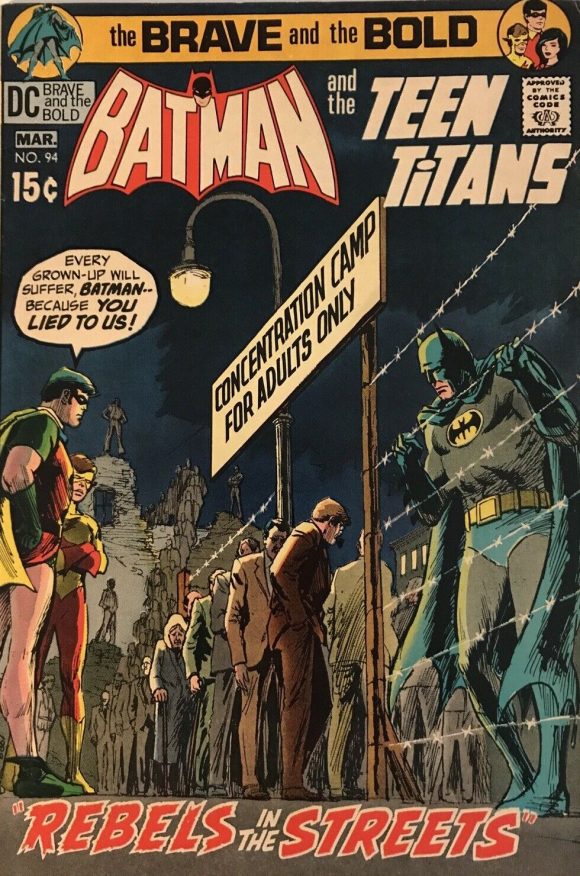 8. Superman #234, DC. Neal Adams, master of the dramatic camera angle. And look how much of Superman he fit on that cover — a powerful combination of a simplistic image with grand detail and suspense. 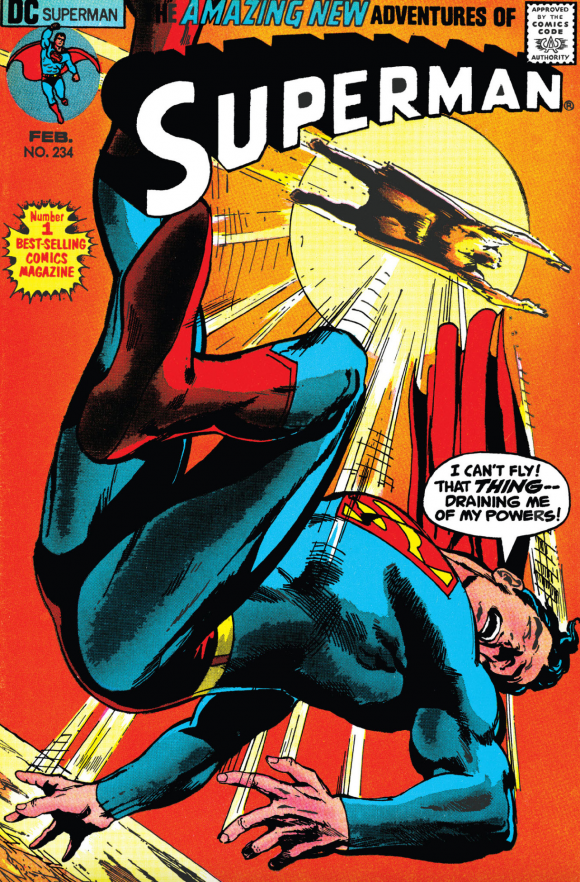 7. Thor #185, Marvel. Nobody has ever done cosmic better than the House of Ideas — and with John Buscema at the helm here, this is classic early ’70s Marvel. 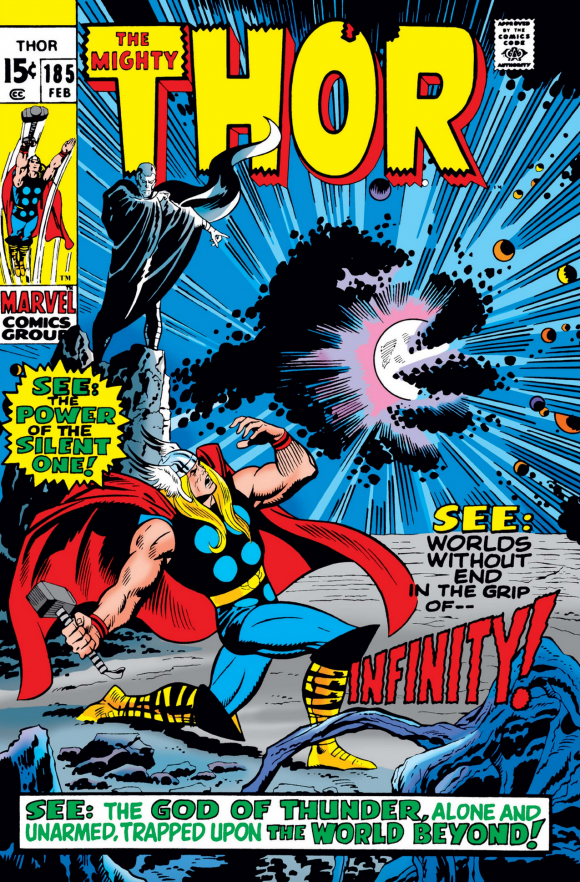 6. Detective Comics #408, DC. Neals Adams once told me he wasn’t a big fan of covers that are a string of story panels. But damn if this isn’t one of his most memorable efforts. Haunting and grisly, I remember really wanting this when it was a wall book at the place I got comics at as a young teen. It was worth every penny once I finally landed it. Love the yellow-and-red logo, too. 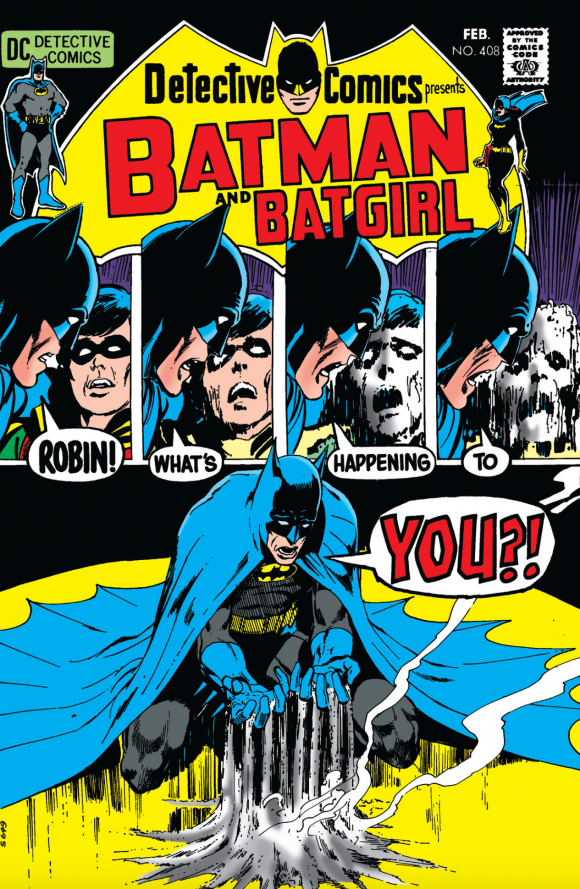 5. The Flash #203, DC. More Neal Adams, with Jack Adler behind the camera. Photo/art covers were usually better in the idea than in the execution and this one’s a bit of a busy mess, but I dig it nonetheless. It’s one of the Scarlet Speedster’s most memorable covers of the era. 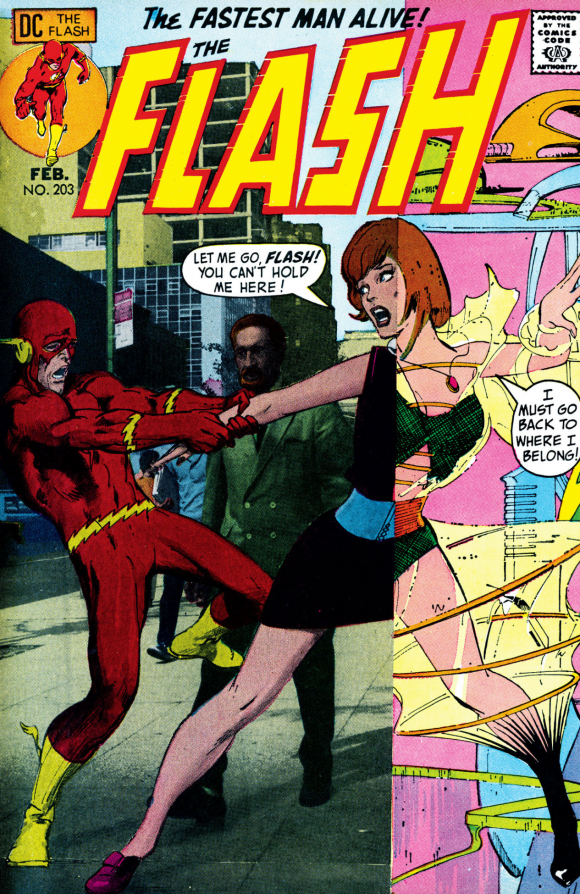 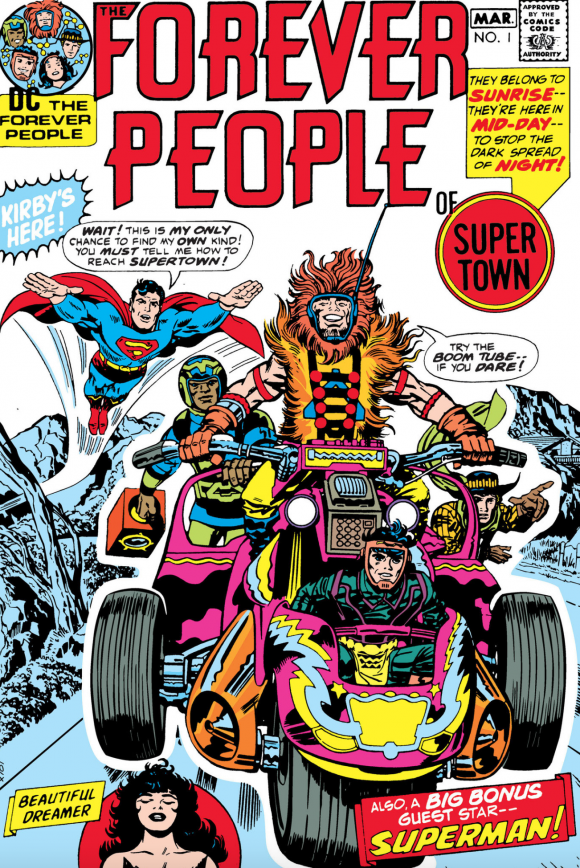 3. The Unexpected #123, DC. That dude’s look of unbridled terror makes an otherwise pedestrian idea leap out at you. I’ve said it before: Nick Cardy could do anything. 2. The Witching Hour #13, DC. Classic Adams trickery which he would later perfect. I actually think this is the best cover on the list, but the next one wins for sheer historical import. 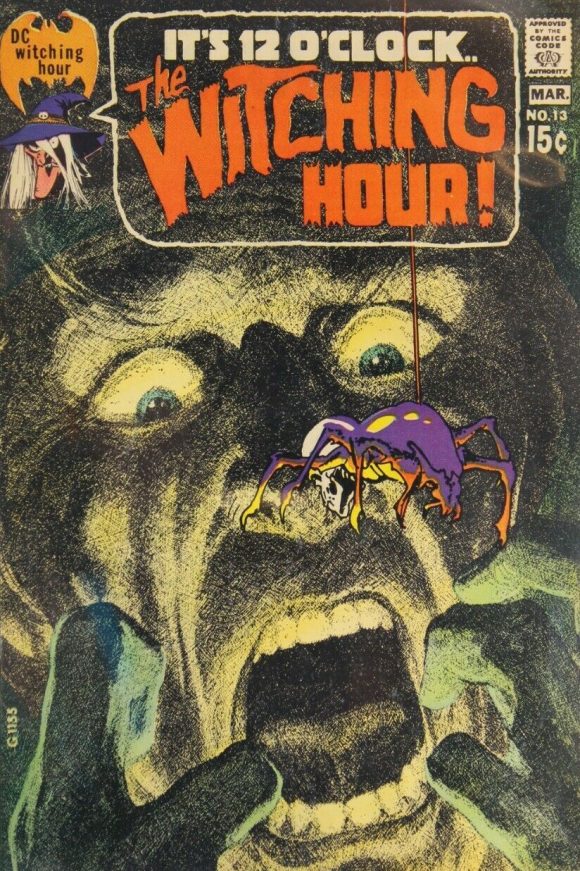 1. The New Gods #1, DC. A seismic moment in DC’s history — so how could I not make this tops? And it is a striking cover, to boot. 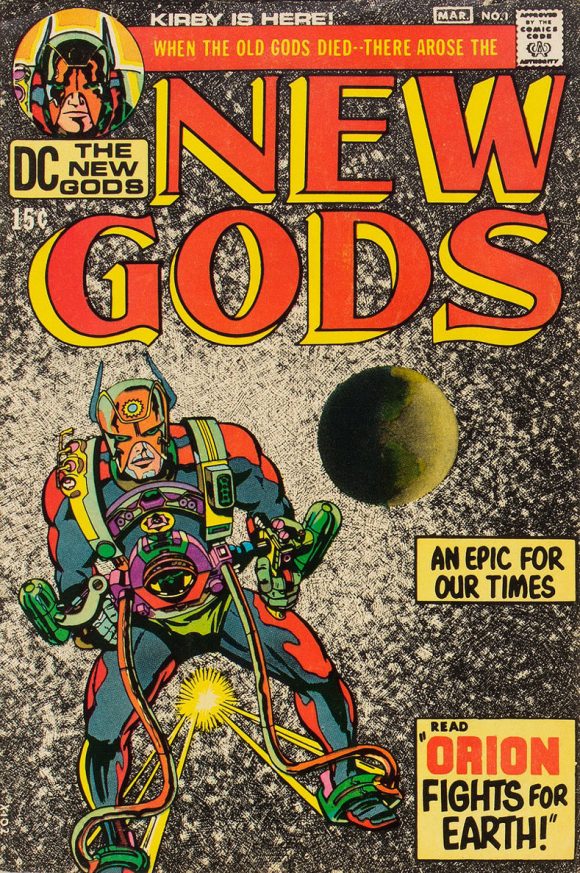