The TOP 13 BATGIRL ARTISTS of the Silver and Bronze Ages

An ANNIVERSARY SALUTE to one of comics’ great characters…

Quick story: A year ago, I promised readers a story about Batgirl’s TOP 13 artists in celebration of the 55th anniversary of her debut in Detective Comics #359, which was released Nov. 29, 1966. Unfortunately, a time crunch hit and I wasn’t able to swing it (which is why I almost never promise anything in advance unless it’s locked down).

Anyway, my bad. But it was something I really wanted to do and even if this is an oddball 56th anniversary, here’s the TOP 13 BATGIRL ARTISTS OF THE SILVER AND BRONZE AGES. 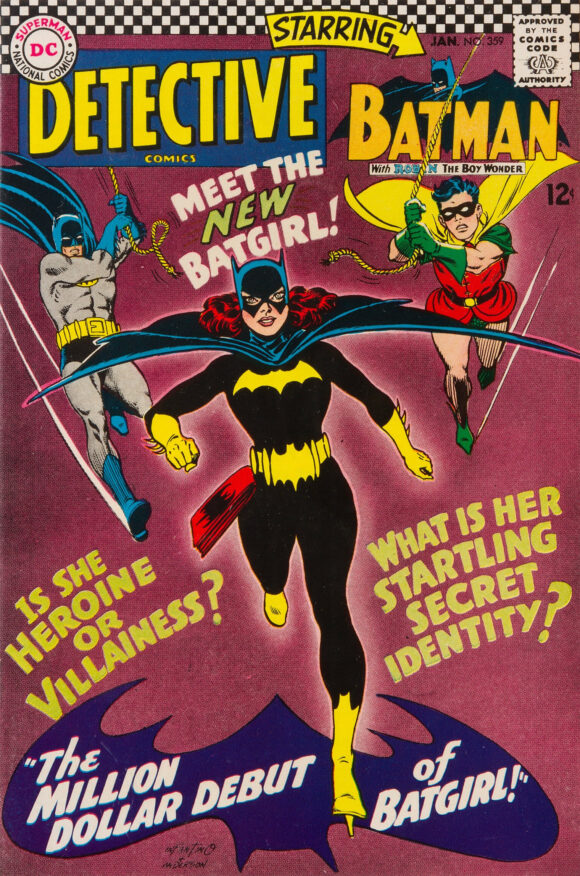 I’ve grown accustomed to ranking my picks in these sorts of columns, but here was a case where I just couldn’t, basically because it’s not a level playing field: I don’t think it’s entirely fair to judge the work of a penciller who did a bunch of stories against one who maybe did some pin-ups or occasional stories. I decided to instead post them alphabetically. 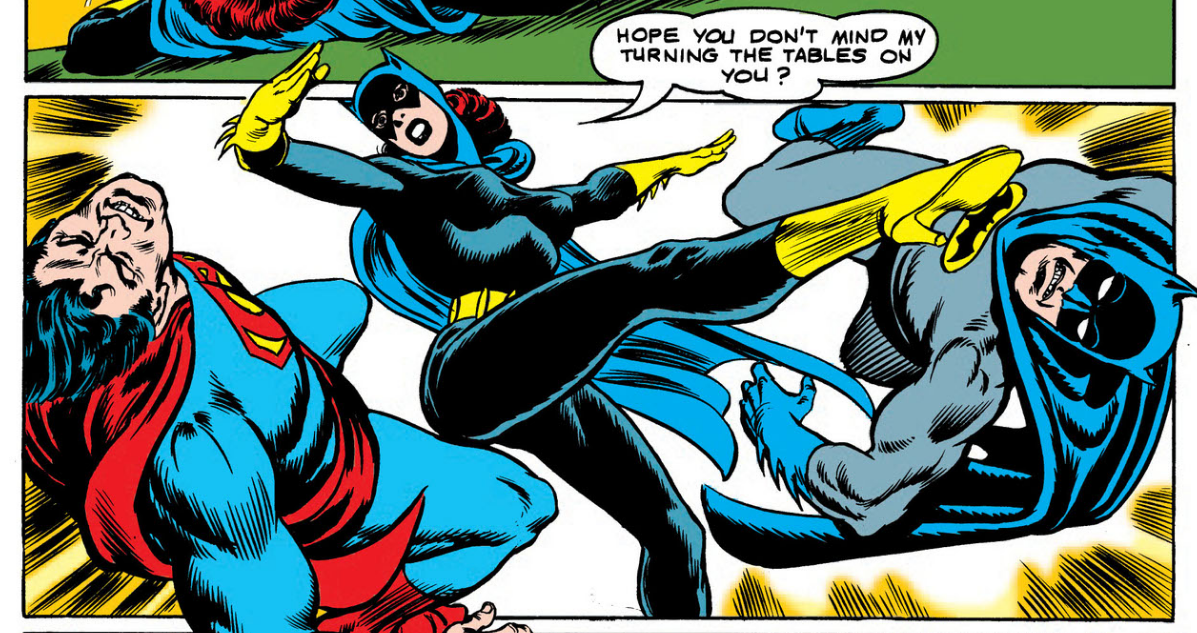 OK, enough with the self-referential explanation. Let’s get to the art!

Neal Adams. Adams didn’t draw much Batgirl in his career but, as always, he left an impression nonetheless. This is one of the most striking images of Batgirl/Barbara Gordon in the Bronze Age – even if the gloves and boots are the wrong color. 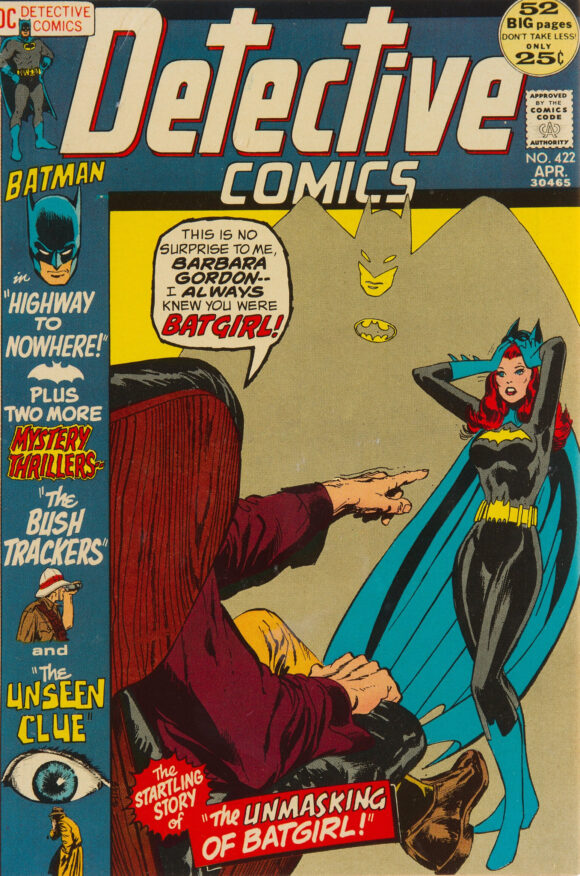 Jim Aparo. Aparo’s Batgirl output was generally confined to covers but he put together some humdingers, especially those for Batman Family. 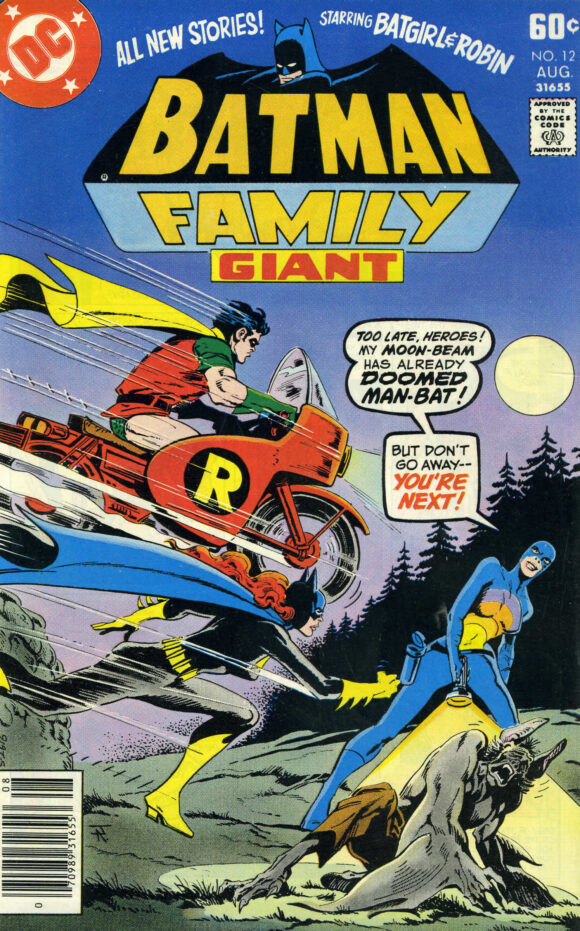 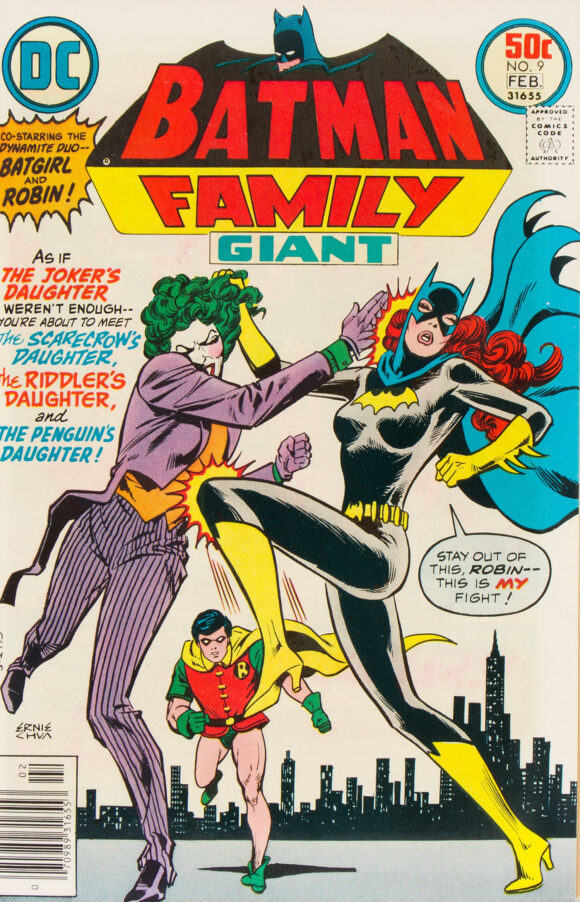 Jose Luis Garcia-Lopez. Another artist whose Batgirl can be judged in quality over quantity. There were a couple of comics appearances but JLGL’s best known Batgirl is his DC Style Guide model — to some the Bronze Age’s quintessential version of the Dominoed Daredoll. 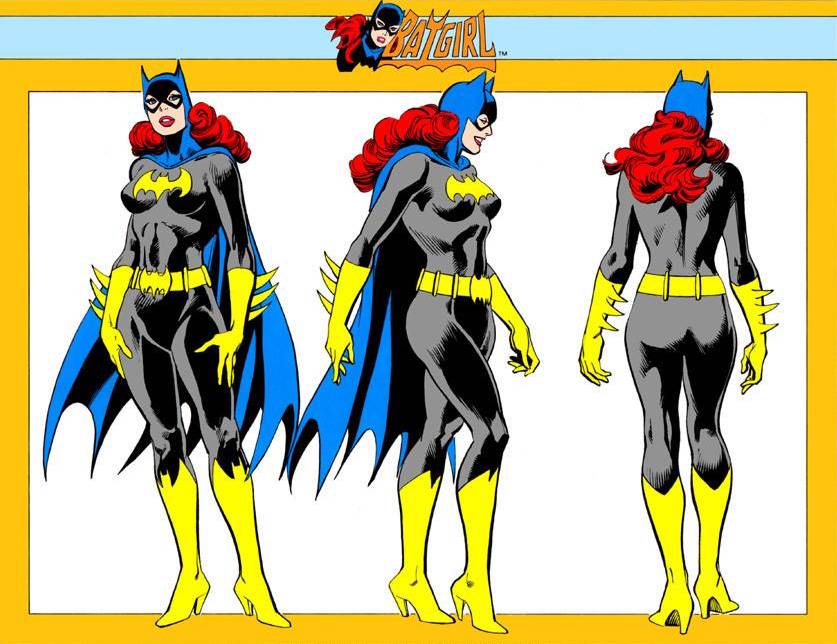 Dick Giordano. Giordano drew Batgirl mostly in pin-ups and the like and each time he nailed it. Then again, Giordano nailed everything he worked on. In any event, the back cover of Detective Comics #483 is one of my favorite images of the Bronze Age and Batgirl looks perfect. Mike Grell. Male or female, it was nearly impossible for Grell not to draw any character at their sexiest. Such was the case in Batman Family #1. This entire page kickstarted puberty for many a reader. Don Heck. I’m sorry to say I’m just not a huge Don Heck fan, though I respect those of you who are. That said, Heck makes the list because he probably drew Batgirl more than any other artist. He illustrated a ton of stories in Detective Comics, including the early 1970s issues where she ran for Congress (and won). 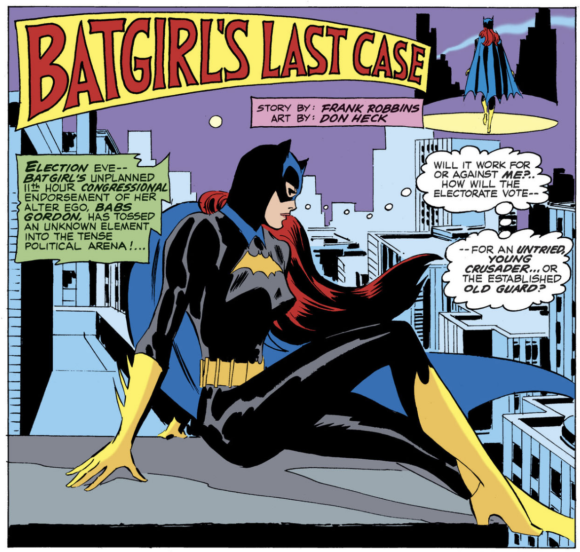 Carmine Infantino. Infantino designed Batgirl – and her original outfit is one of the best ever. The all-black leotard is an inspired choice, set off by the bright yellow bat, belt, gloves and boots. Eventually, artists began coloring her suit full-on gray and I can’t decide which version I like more. Further, its glorious adaptation in purple and gold, as worn by Yvonne Craig, cemented Batgirl as an A-Lister, even if she hasn’t always been treated like one. Gil Kane. Gil Kane might, just might, be the best Batgirl artist ever. He was the penciller on her Detective Comics back-up strip from the late ’60s to the early ’70s and, oddly, nobody ever seems to talk about it. But Kane’s dynamism in layouts and action gave Batgirl a potent vibrancy she hadn’t had before; I wish Kane’s run could have lasted forever. 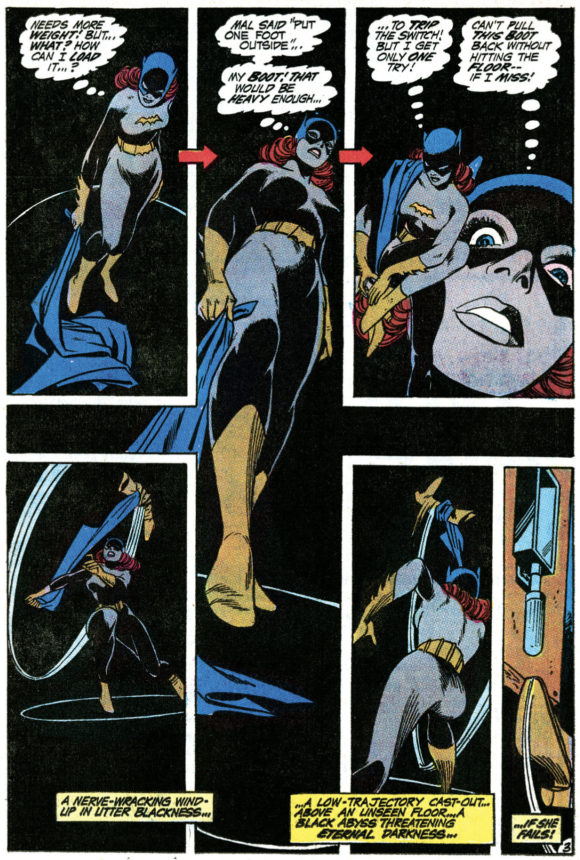 Bob Oksner. Oksner defined Supergirl in the ’70s but you’d be forgiven if you’d forgotten he also illustrated Batgirl in a couple of issues of Detective after it merged with Batman Family. Oksner was the penciller (inked by Vince Colletta) on ’Tec #483’s A Date With Batgirl, in which a flustered soldier asks her out. A lot of people hated that story. I loved it. Juan Ortiz. It doesn’t really stand up to today’s cultural sensibilities but one of the most entertaining Batgirl storylines of the Bronze Age was when she battled the Sino-Supermen, a group of Chinese operatives who were given state-sponsored powers and abilities that emulated American superheroes. Ortiz drew the first couple of chapters in Batman Family and turned in fine work. 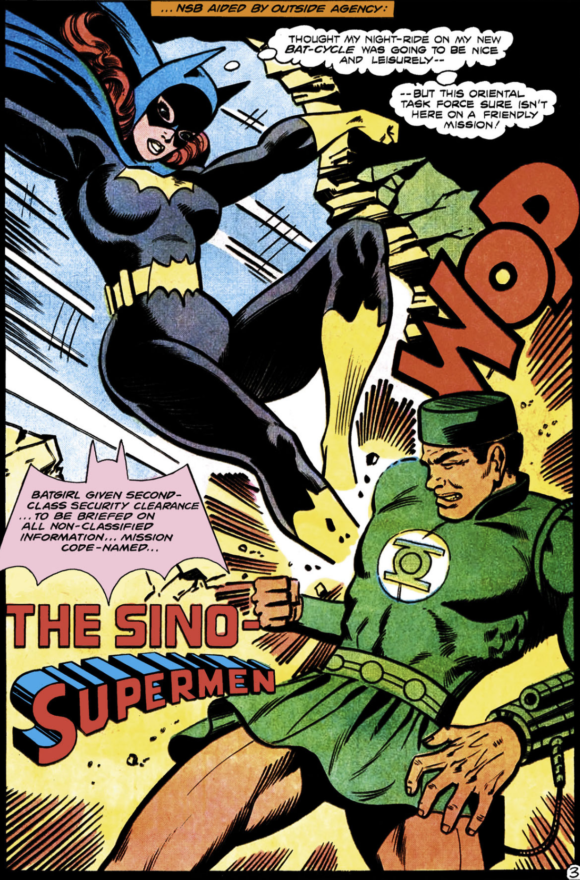 Trevor Von Eeden. Until I read these issues relatively recently, I had zero recollection that Von Eeden illustrated Batgirl in three Detective Comics appearances. Other artists made her va-va-voom or the Girl Next Door. Von Eeden was the first to make her dangerous. This Batgirl could have been an ’80s megastar but sadly, DC just didn’t have a handle on what to do with the character and she ended up brutalized by Alan Moore. If only writer Barbara Kesel and Von Eeden had been able to continue their run. It might have been something very special. 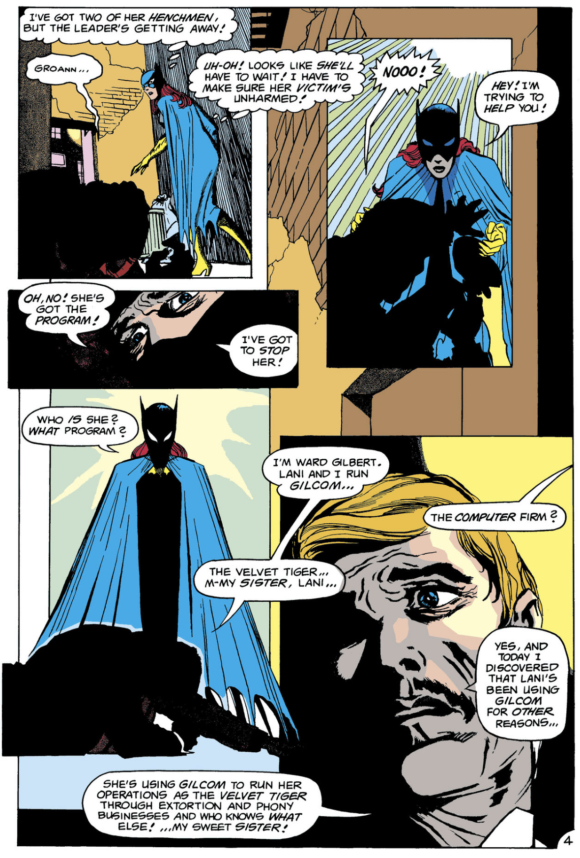