Detective Comics #359 went on sale Nov. 29, 1966, bringing with it “The Million Dollar Debut of Batgirl,” by Gardner Fox, Carmine Infantino and Sid Greene.

It’s a landmark in comics, to be sure, but what’s also cool is how DC trumpeted the move — with a groovy house ad that appeared in the weeks leading up to the big day.

The ad, for example, appeared in Teen Titans #7, which came out about two weeks before ‘Tec hit the stands: 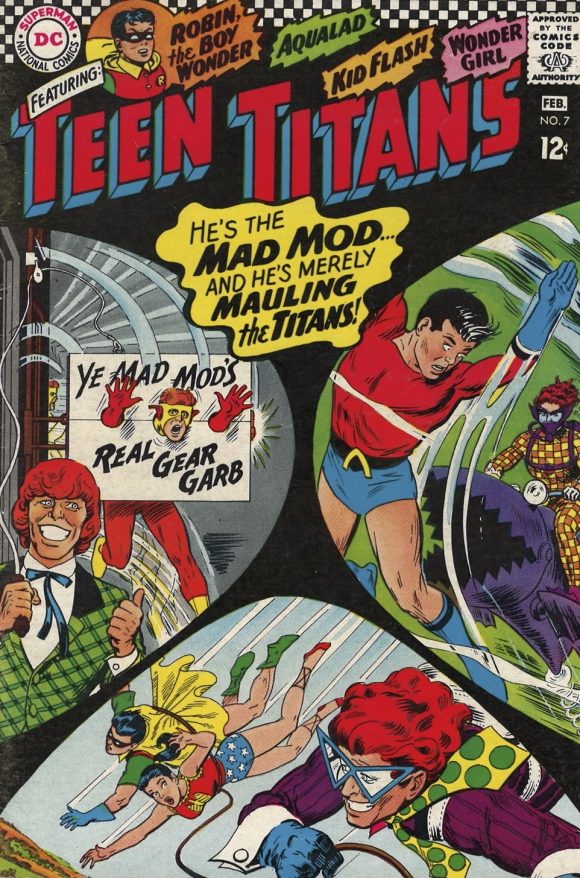 Thumbing through it, it doesn’t take long until you come upon this: 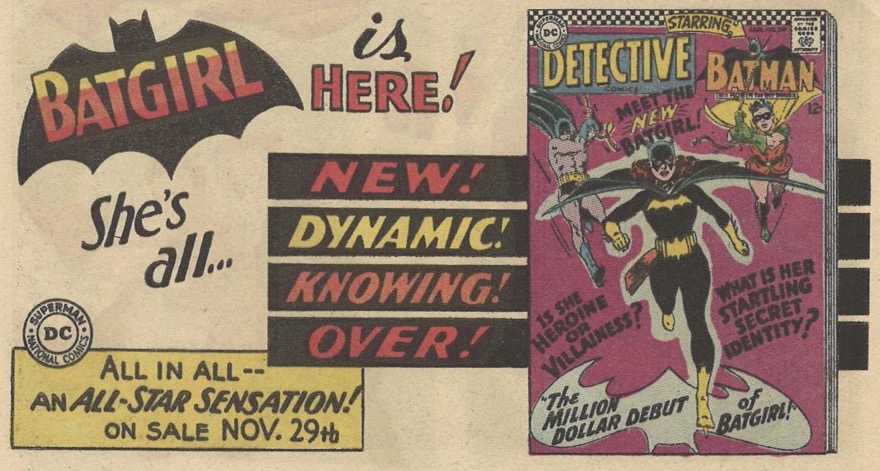 And they were right, she was an all-star sensation, forever supplanting Betty Kane and becoming one of comics’ most popular heroes. 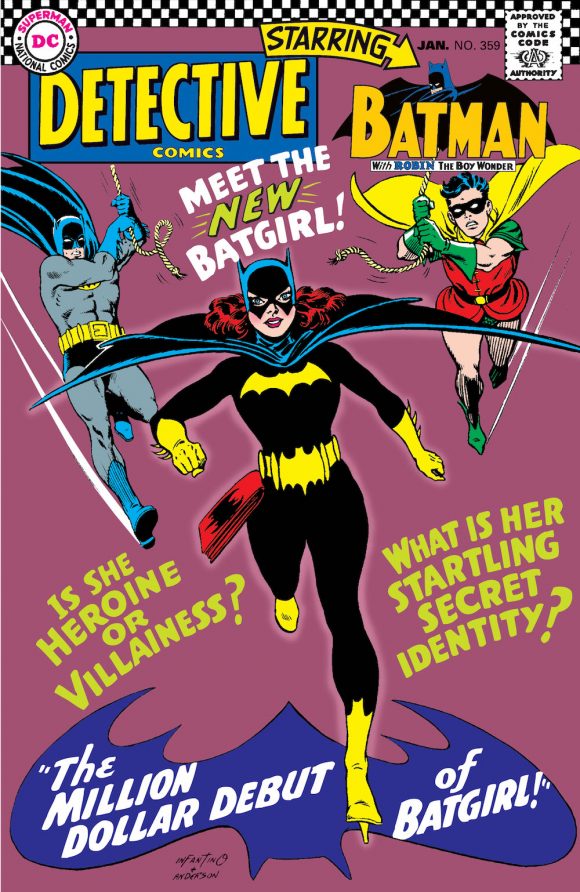 I’m a huge Batgirl fan myself and I have to admit my original plan was to run the TOP 13 CLASSIC BATGIRL ARTISTS today for her 55th anniversary. But, y’know, real life and Thanksgiving had other plans, so I decided to post the house ad instead, cuz I dig it so.

Seems fitting to run the ad because I still plan to post the TOP 13 CLASSIC BATGIRL ARTISTS before the end of the year. Neat, huh?

And if there’s a Silver or Bronze Age Batgirl artist you particularly like, note it in the comments and I just might add it to the list.