We band of brothers: A birthday salute to the late Leonard Nimoy…

Finally, we’re at #1. For the full Countdown Index  click here. 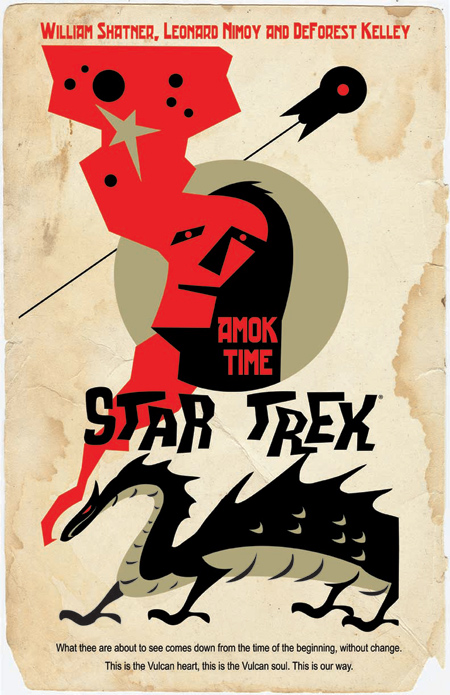 What’s the point of Star Trek?

The action? The science? The optimism? The trippy aliens? The exotic locales? The social awareness? The kitschy production values?

But nowhere do all those things crystallize better than in the abiding friendship between Kirk, Spock and McCoy. They are the heart of Star Trek and the heart of its greatest episode, Amok Time. 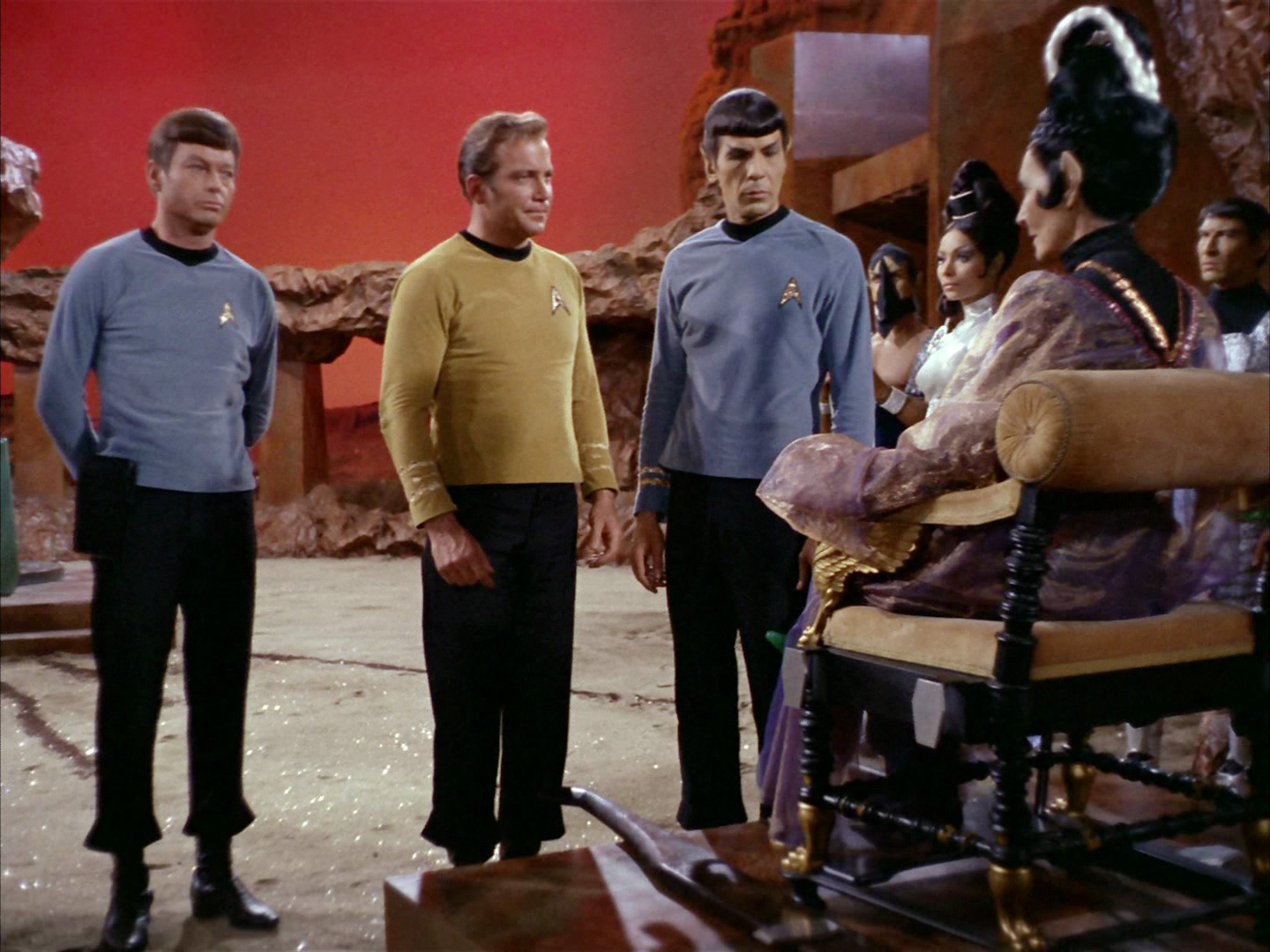 Amok Time is an episode in two acts, with a slow build-up that’s more psychodrama than space-faring adventure. Spock, the man of logic, has lost his mind. McCoy, the man of passion, succeeds in convincing Kirk of the seriousness of the situation. Kirk, the man of action, does what he has done so many other times: breaks the rules — not to save his crew or the Federation this time, but his friend.

We learn that Spock is to marry a beautiful Vulcan woman named T’Pring (Arlene Martel), and in one of the series’ most moving moments, the struggling first officer tells Kirk and McCoy that he wants them to stand with him, because it’s his right to be accompanied by his closest friends. 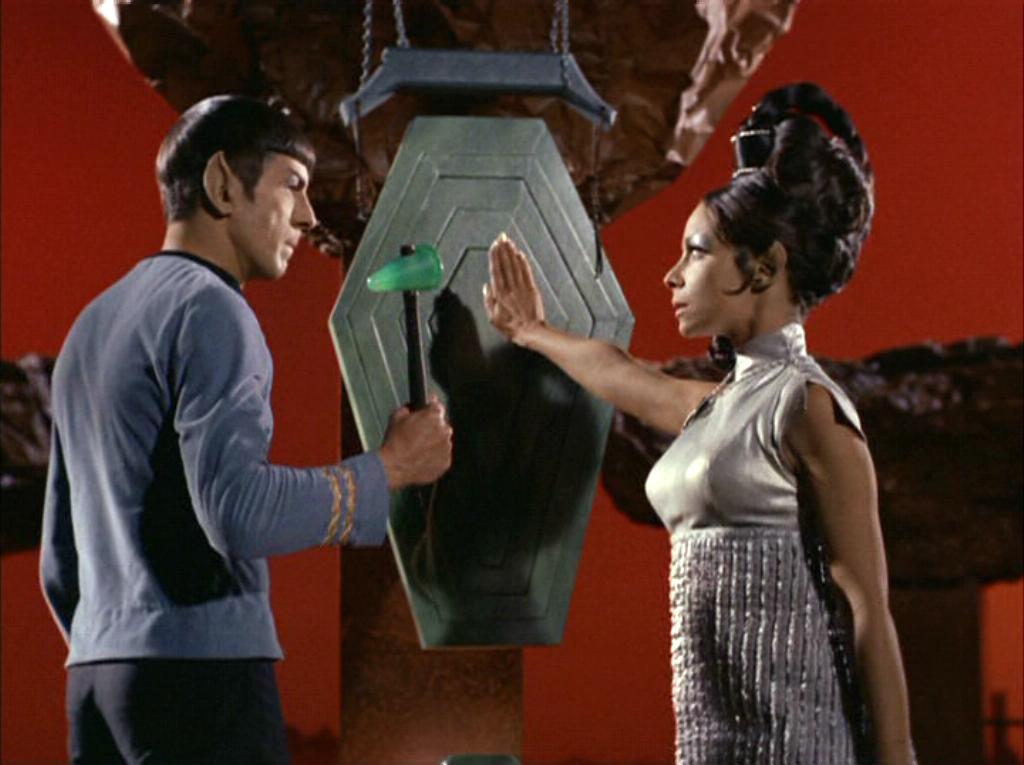 It all leads up to an epic, improbable battle to the death between Kirk and Spock on Vulcan itself, in front of a powerful dignitary of the highest import. Celia Lovsky infuses the role with such severity and gravitas that you quickly forget that you’ve never heard of T’Pau before. (Imagine how a character like her would be handled in today’s world of serialized drama. There’d be at least half a season of build-up before the big reveal.) 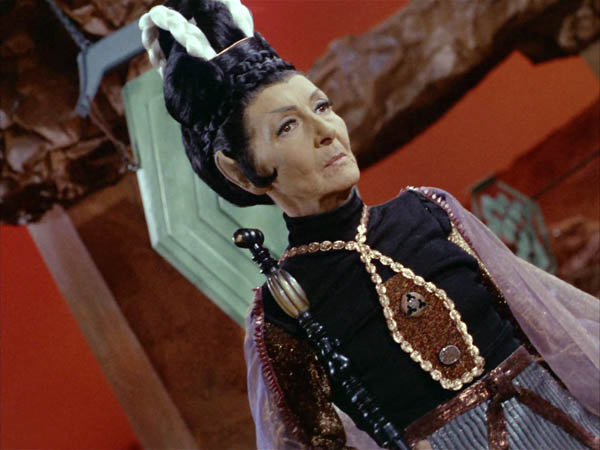 The battle itself is a contrivance. But it doesn’t matter because the hows and whys are so compelling. Amok Time is shielded with ritual and customs shrouded in antiquity — and every second of the koon-ut-kal-if-fee is grand fun, from the frenzied filming to T’Pau’s imperious cries of “Kroika!” to the music that’s been lampooned for decades, most memorably in The Cable Guy. 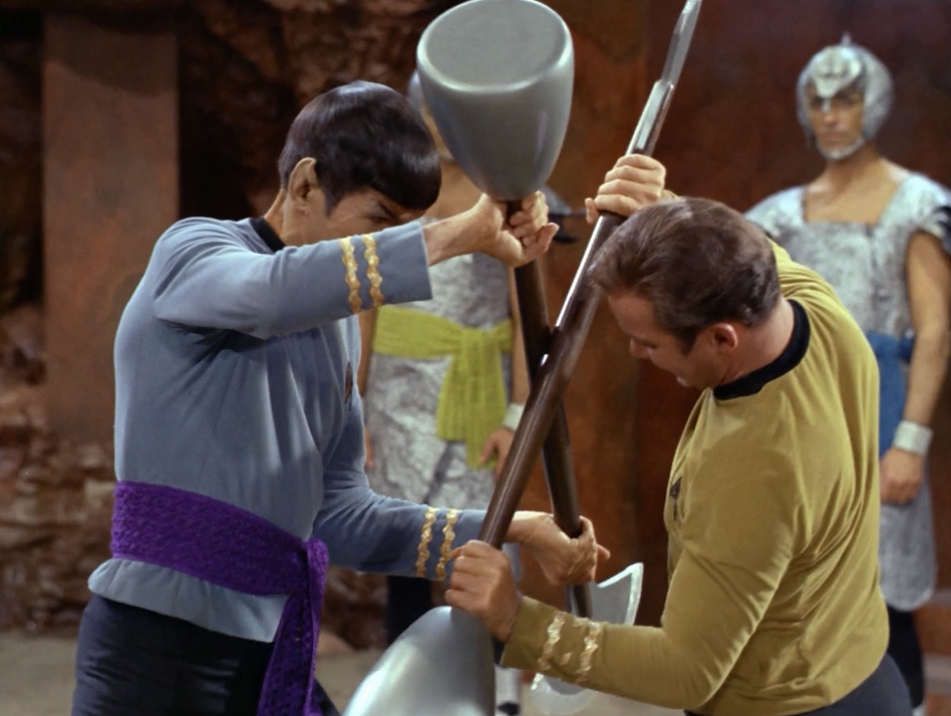 Ultimately, Spock “kills” Kirk and is shattered by it, not knowing that Bones has played Dr. Ex Machina to provide them with an escape route. Of course, before he returns to the Enterprise to turn himself in, Spock fires off a zinger at “other man” Stonn and T’Pring that carries more firepower than a photon torpedo:

“Stonn, she is yours. After a time, you may find that having is not so pleasing a thing after all as wanting. It is not logical, but it is often true.”

T’Pau tells Spock to “Live long and prosper” and he mournfully replies: “I shall do neither: I’ve killed my captain and my friend.” 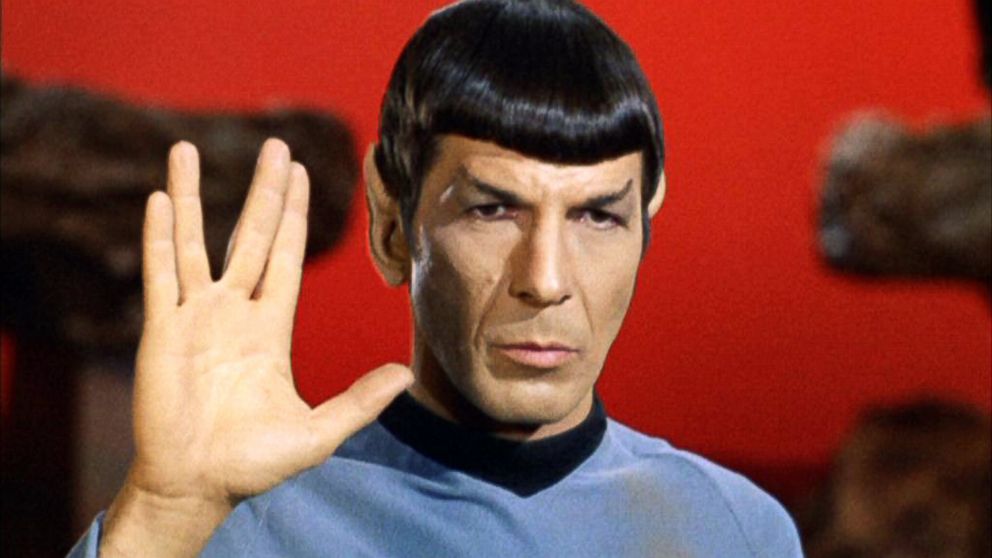 Good thing everybody’s waiting on the ship to punk Spock, who lets his defenses down one more time — but this time with joy. 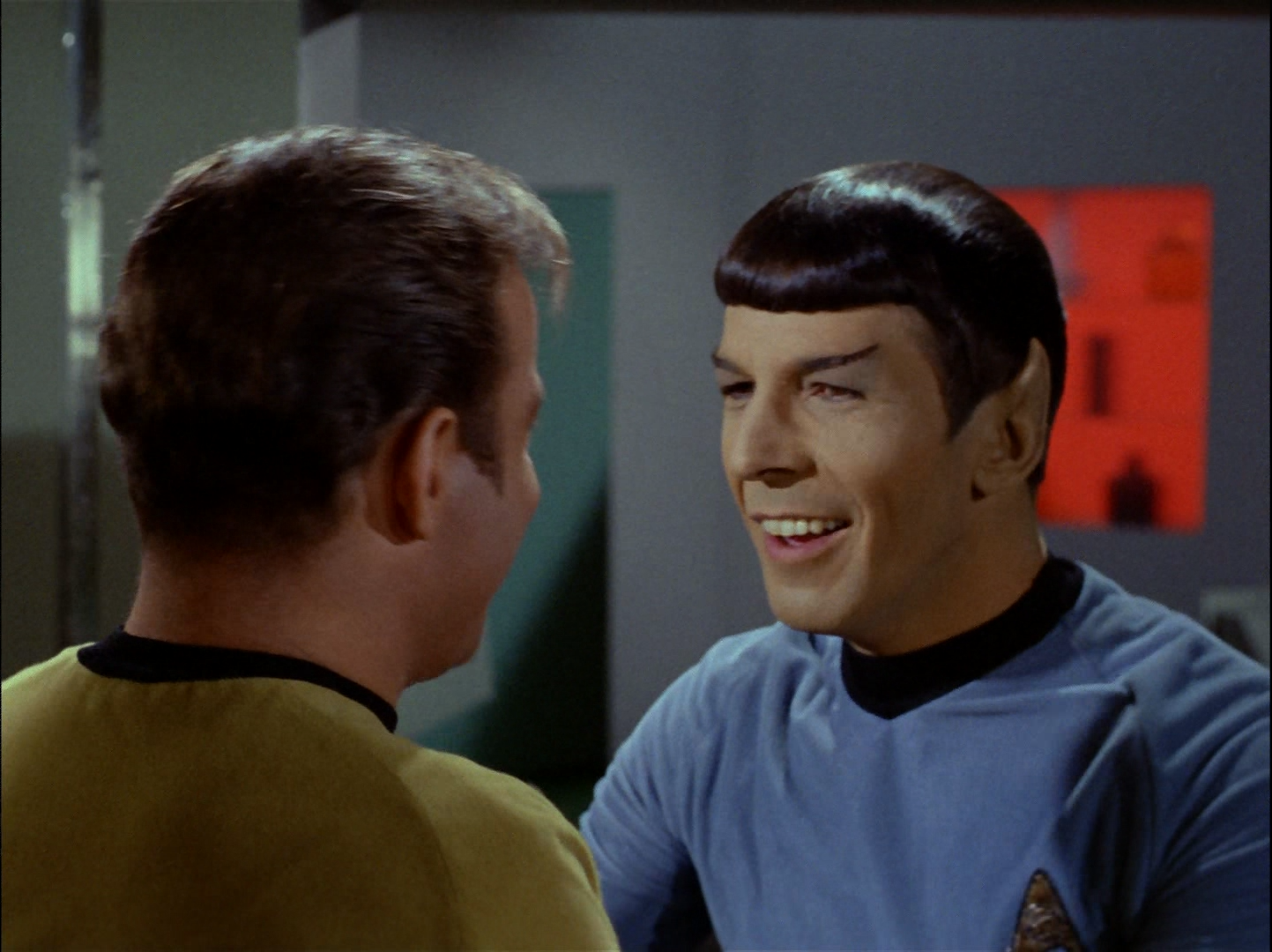 Amok Time isn’t perfect. It takes a bit too long to get the good stuff. But that stuff is so terrific and so meaningful that the episode stands above all others, atop Mount Seleya, where the soul of Star Trek resides.

— HE WAS SPOCK: An Appreciation of LEONARD NIMOY. Click here.