REVIEW: I don’t relish writing this.

I don’t often write negative reviews because I generally like to keep the 13th Dimension vibe lively and upbeat. Life’s too short to run down everything you may dislike.

But as a devoted fan of the Batman ’66 TV show — who’s also been an ardent cheerleader of DC’s usually ebullient comics series — I can’t let this one go.

That’s because the final two issues of Batman ’66 Meets Wonder Woman ’77 — the last of which came out this week — were a depressing misfire that featured the most discordant note in the 51-year history of the franchise.

It has nothing to do with the pacing, or the art or — most certainly — Mike Allred’s always wonderful, joyful covers.

It has everything to do with this page from Issue #5, which came out last month: 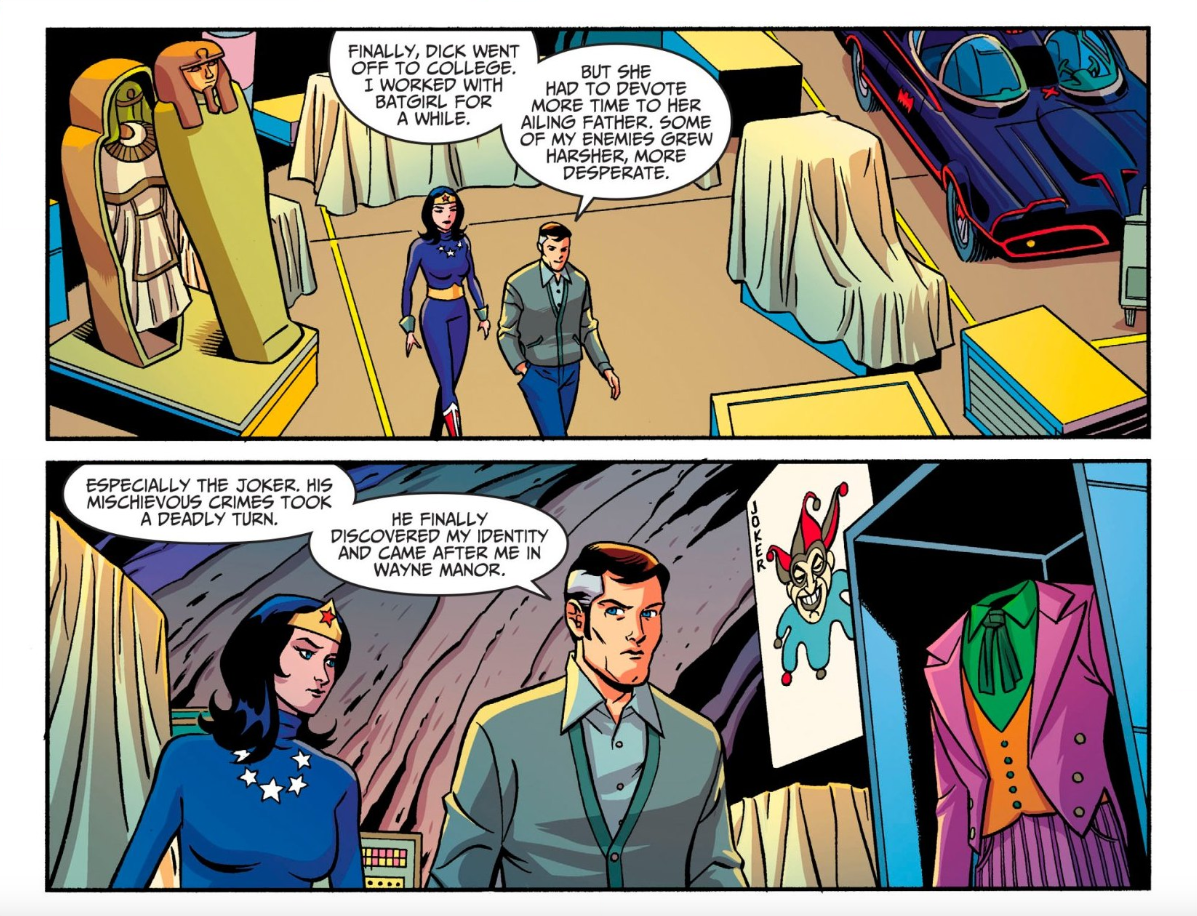 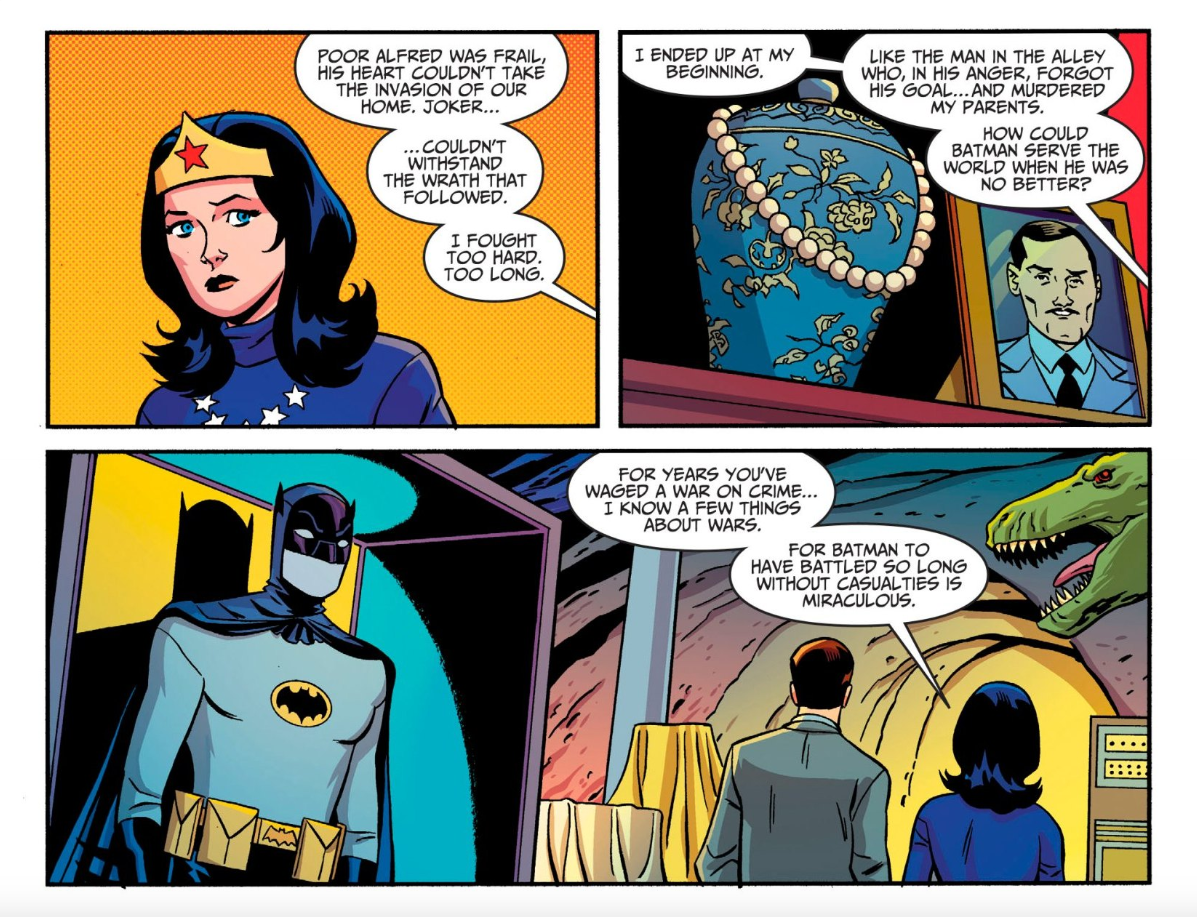 Not a hoax. Not an imaginary story. (Though, these comics aren’t considered canon, such as that is.)

I’ll back up: The 6-issue miniseries is broken up into three parts, with each mirroring the settings of the two shows: The first two issues take place during World War II, which imagines young Bruce Wayne meeting everyone’s favorite Amazon. The second two take place in the mid-’60s and the final two in 1977 — nearly a decade after the end of the Batman show. The villain? The close-to-immortal Ra’s al Ghul. (The full series ran digital-first with different numbering, but I read these on paper.)

Now, going into Issue #5, we knew that when the story picked up Bruce Wayne would be retired. I wondered myself what would make this particular Batman — the eternal optimist — hang up his cape at this stage in his life. Even with gray at his temples, I couldn’t see him giving up the good fight. 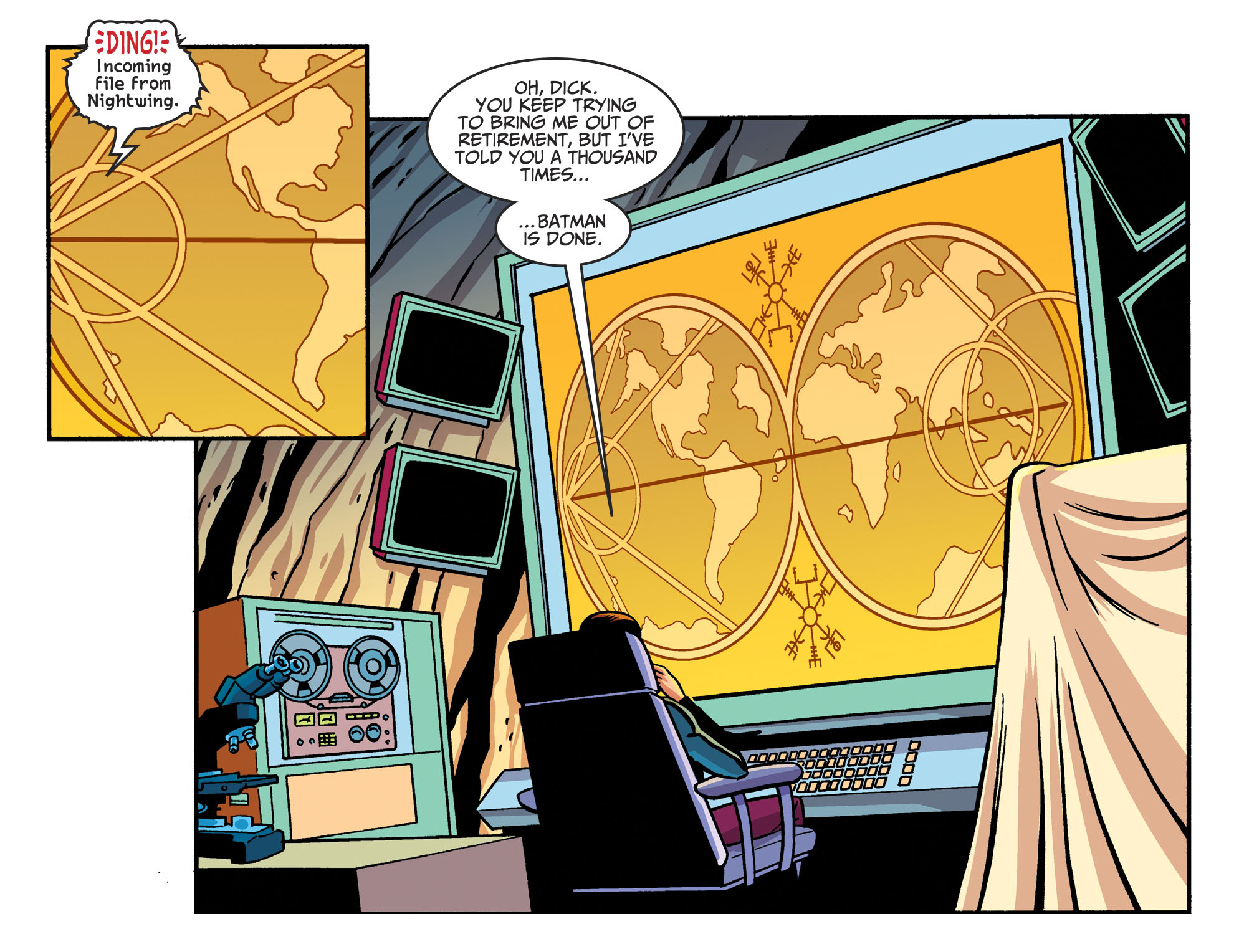 Earlier in the issue.

Then we found out why: He murdered the Joker.*

On no level, in any way, would this version of Batman, this duly deputized agent of the law, ever commit such an extreme act. This is a Caped Crusader who believed in justice, not vengeance. Who was the ultimate, incorruptible, paragon of virtue.

Seems to me the writers, whose bodies of work I respect a great deal, were going meta: The groovy ’60s were over and the darker, disillusioned ’70s had taken hold. As we know, the Joker in the comics became a killer once again and Robin gave up the short pants to become Nightwing (though in real years it took until 1984 for that to happen).

But in taking the idea to its illogical extreme, they pulled the whole narrative off the rails: Nothing, and I mean nothing, would have gotten this version of Batman to take a life, not in the world first concocted by Messrs. Dozier, Semple, et al.

Hell, even Frank Miller’s Batman — the alpha and omega of grim-and-gritty Dark Knights — refused to kill the Joker when given the chance. It’s what gave the climactic scene of the best chapter of one of the greatest Batman stories ever — 1986’s The Dark Knight Returns #3 — its raw power: The most hardened Batman, despite everything, will torture, maim and threaten but he will not kill. 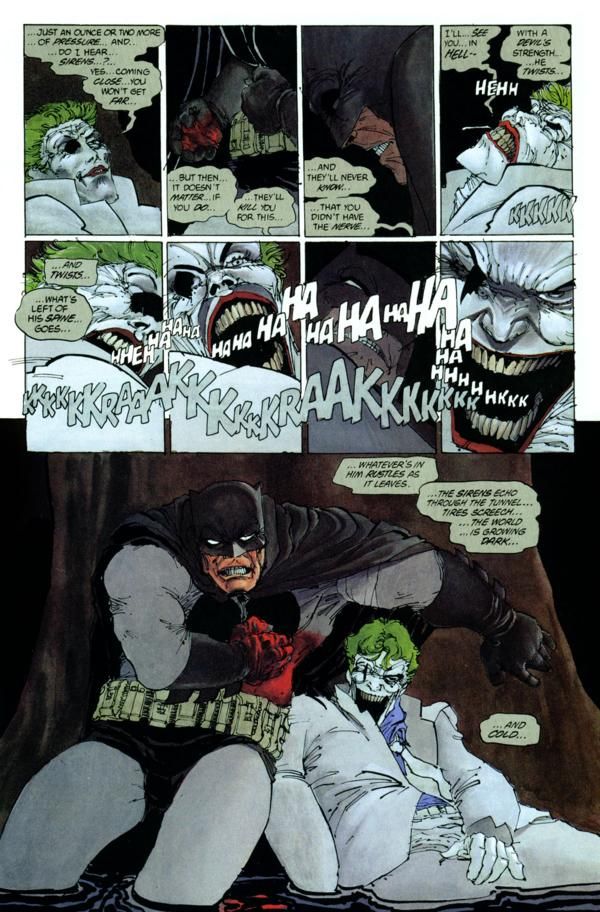 So if the writers thought they were making some commentary about the end of innocence, they missed the mark.

I didn’t write this when I first read Issue #5 because I held out hope that there would be some further explanation in Issue #6, which came out this week. Maybe, I wondered, Batman was under some kind of delusion perhaps fomented by the Scarecrow. Or something.

But no, there was no reference to the murder, no recriminations, no guilt. Just the heroes happy that Batman was out of retirement and back in action.

What makes this an especially bitter pill is that this may be the last Batman ’66 miniseries we’re going to see in some time — if at all — though there have been persistent rumors that DC is monkeying around with an idea for another. At least we have the Allred family’s Batman ’66 Meets the Legion of Super-Heroes one-shot in July, and I can’t wait to read it. I’m certain that the taint of this story won’t be a part of that.

But as far as longer form stories, this is a downbeat way to go out.

Last year’s animated movie Return of the Caped Crusaders made great sport of just how absurd the notion of a Dark Knight Adam West is. And of course West, who died just this month, himself took great pride in calling himself the Bright Knight.

It’s too bad that the writers of this story took note of neither.

(* UPDATED: I want to add that I had to re-read the page a couple times to make sure I had the right takeaway. Bruce never says “I killed him.” You could argue that the Joker’s death may have been accidental and he’s just being hard on himself. But, in the end, given the stark comparison to his parents’ deaths, which in most versions of the story was intentional homicide, this was the conclusion I kept drawing. Either way, I think this is a line that’s too dark for this particular version of Batman. It might have been better if Batman retired because of age or injury.)