Andy Fish has the right idea.

It never made sense to me that there wasn’t a Batman/Captain Marvel team-up in The Brave and the Bold back in the day (or Batman/Shazam!, if you must, DC). The editors delighted in having the Darknight Detective play against characters that were tonally in conflict. 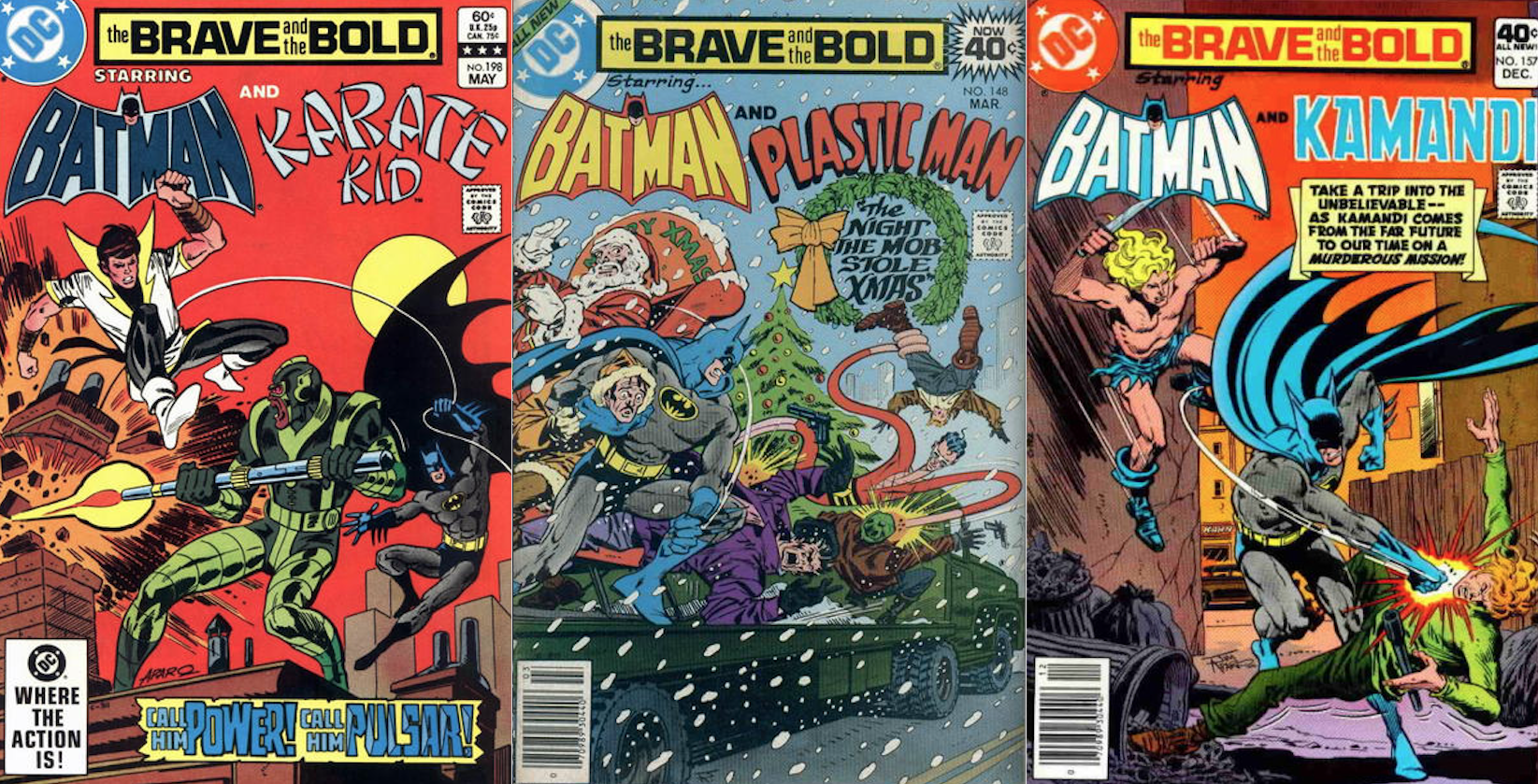 Not so for Captain Marvel — even though DC wanted to find a way to sell the World’s Mightiest Mortal to the masses. (It would be decades before the producers of the B&B cartoon would rectify this.)

Regardless, artist Andy Fish has the right idea: He’s brought Captain Marvel — and he’s not called Shazam! — into his free, unauthorized Batman ’66 prequel webcomic Sinister Sideshow of Dr. Scorpio. (For more on this awesome project — aka Batman ’64 — click here.) 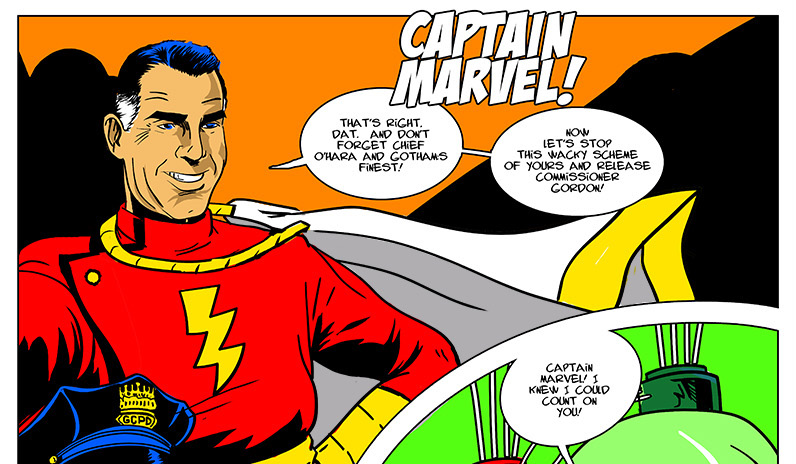 The idea is that Captain Marvel was Gotham’s protector just as the Caped Crusader was starting out. As the series plays out, Andy says, we’ll see that he’s Batman’s Obi-Wan. 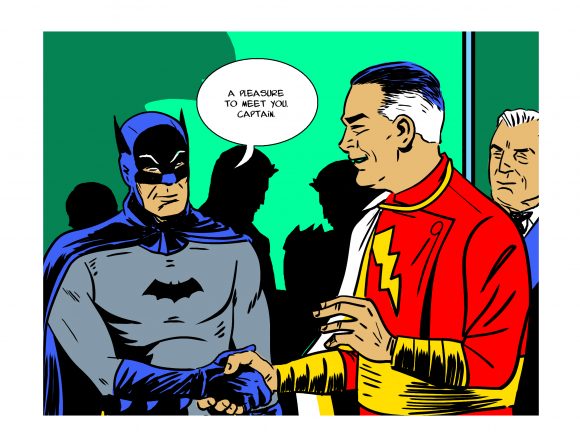 Later in the series…

Andy’s a fan of old serials and so I dig that he managed to make Captain Marvel look like a mix between Tom Tyler, who played him in the 1941 adventure series, and Fred MacMurray, who is said to be the model for Cap’s look.

MacMurray on the left, Tyler on the right.

Hell, Andy could have made him look like Jackson Bostwick and I would have been cool with it.

It’s just great to see Captain Marvel and Batman together, like they should have been 40 years ago. 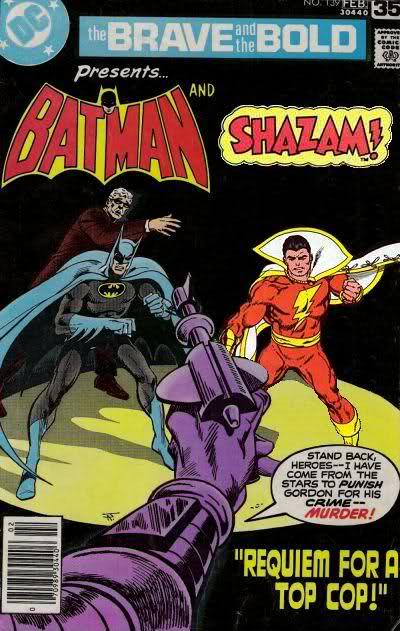 If only… (From the awesome blog Super-Team Family… The Lost Issues!)