This is one of those covers that scared the beejeezus out of me as a kid. I mean it so strikes a chord of madness and rage that it’s unsettling.

Little did I know at the time that the story in Detective Comics #397 was a riff on “Citizen Kane.”

I just watched “Citizen Kane” this past weekend, coincidentally, so last night I sat down and re-read this issue. And, oh, man is this a campy 15-pager.

Unintentionally so, I’m certain. Denny O’Neil was as serious-minded writer as they come but this faux gothic thriller, cover-dated March 1970, is way too on-the-nose.

Orson Payne (ouch) is an over-stuffed, reclusive gazillionaire (ouch) who lives in a sprawling manse teeming with statuary and art (ouch). But ol’ Orson is lamenting the loss of his great love, an opera singer (ouch). Short story shorter, ol’ Orson masterminds an art-theft ring, drawing the attention of Batman. During their climactic battle, Payne starts seeing visions of his old paramour and he leaps off a balcony after her, hence the Neal Adams cover image: 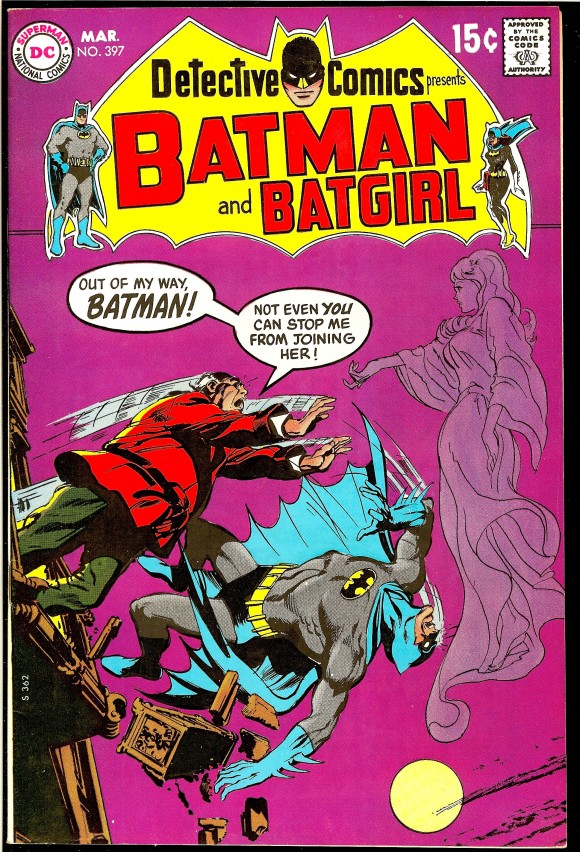 Oh, and Batman rides a sled. A sea sled. But a sled nonetheless: 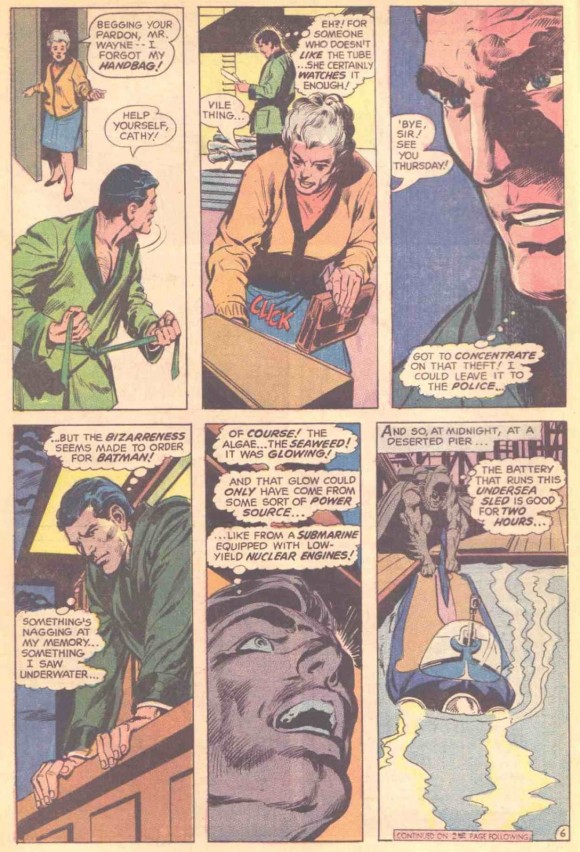 Anyway, here’s artist’s take in this latest installment of The Neal Adams Interviews.

“You have this different telling of an Orson Welles-ian type of story told from Denny’s point of view, and me trying to find a way to make it all make sense,” Adams said. “It was a direction that Denny should not have gone in but basically he went in that direction … because Julie gave him permission: ‘Just do it, just do whatever you feel like doing. We don’t have to do the Joker or all the rest of that stuff. Just go and do what you feel like doing.”

This was, after all, at the dawn of their collaboration when DC was bent on getting Batman away from costumed villains that they felt too closely echoed the Adam West TV series — and well before O’Neil and Adams’ classic Batman #251 that redefined the Joker for a modern audience.

“And one of the things that Denny always said was that he came to the realization really quickly, that no matter what he wrote, I could draw and he wasn’t limited by the artist. That’s one of the reasons why Denny could focus.”