One master honors another in the latest installment of the Neal Adams Interviews.

Detective Comics #404 isn’t one of Neal Adams’ greatest covers, but it’s notable for his artistic tribute to the late, great Joe Kubert. Kind of fitting for the week of Veterans Day, don’t you think?

Perhaps misremembering — because the issue from October 1970 came early on in Adams’ Bat-collaboration with Denny O’Neil — the artist said during our sitdown at his midtown Manhattan offices that Batman’s face-off with Enemy Ace came about because things were getting stale. 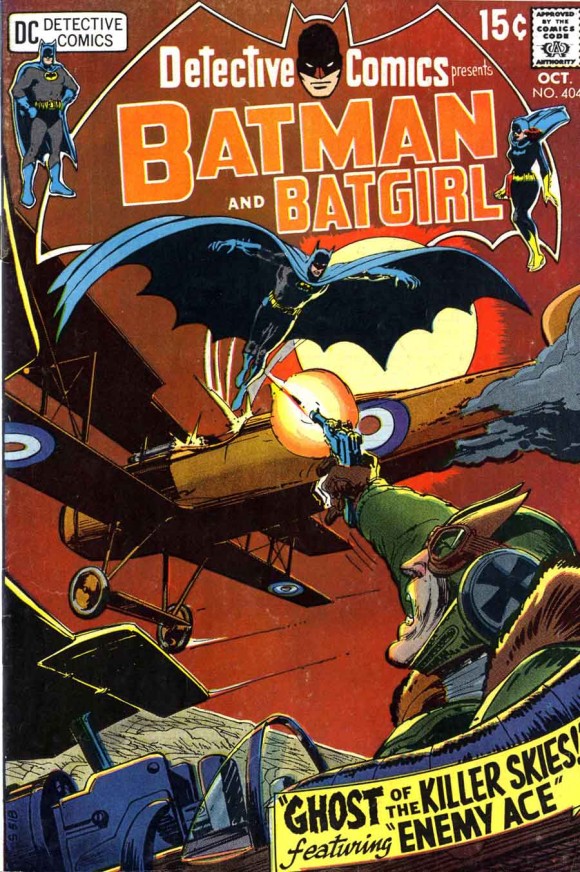 “We were running out of stories after a while so we decided to have Batman fight Enemy Ace,” Adams said. “But I also pointed out to my editor that I was a giant fan of Joe Kubert.”

He explained that when he was young, he saw Kubert’s art on a cover of a comic while with his family at an Army base in Germany.

“I swear it changed my life,” he said. “There are revolutionaries in comic books people don’t know and people don’t recognize them, but Joe was one of them. And (with his famed comic, Tor) he did “cavemen among dinosaurs,” of course, which doesn’t make sense with 62 million years between them. But it was fantastic, it was unbelievably fantastic. It just turned my head and then we stayed in Germany and when we came back, Joe was working at DC Comics. … It was like the end of the glory times and then it crashed. Congress. Congress and a book.”

The book? Fredric Wertham’s “Seduction of the Innocent” — an excoriation of comics so vitriolic it almost destroyed the industry when it helped prompt a Congressional crackdown. By the time Adams got into the business in the early ’60s, things were just starting to turn around.

Years later, we get to Detective #404 and Adams doing Kubert’s Enemy Ace. 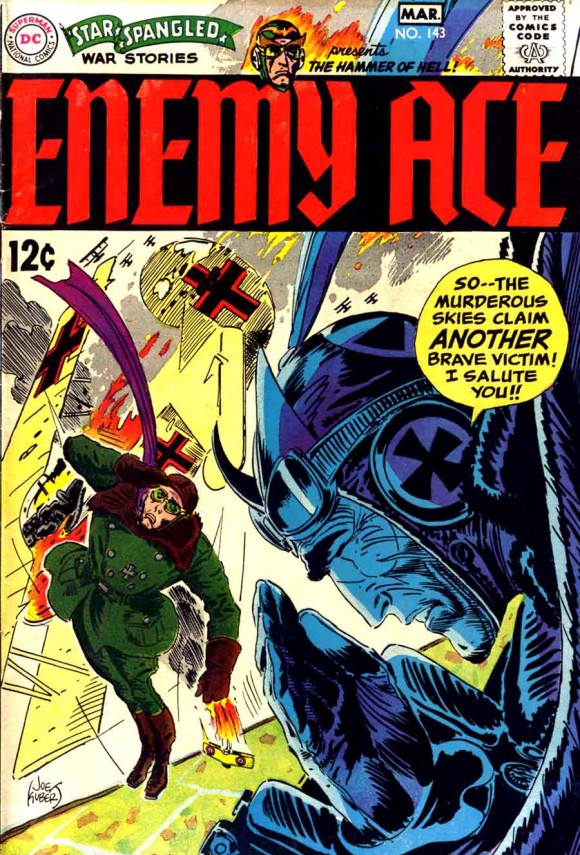 March 1969. Check out the Hammer’s visage then go back and look at the cover to Detective #404.

The story’s typical early-’70s Batfare. Atmospheric, gothic and, through the prism of 40 years, a little hokey.

The plot’s not even all that important. It’s really just a chance to see Adams ape Kubert’s Enemy Ace — and Batman get into a World War I-style biplane dogfight! (Spoiler: He wins … perhaps with a little help from the ghost of the Hammer of Hell.) 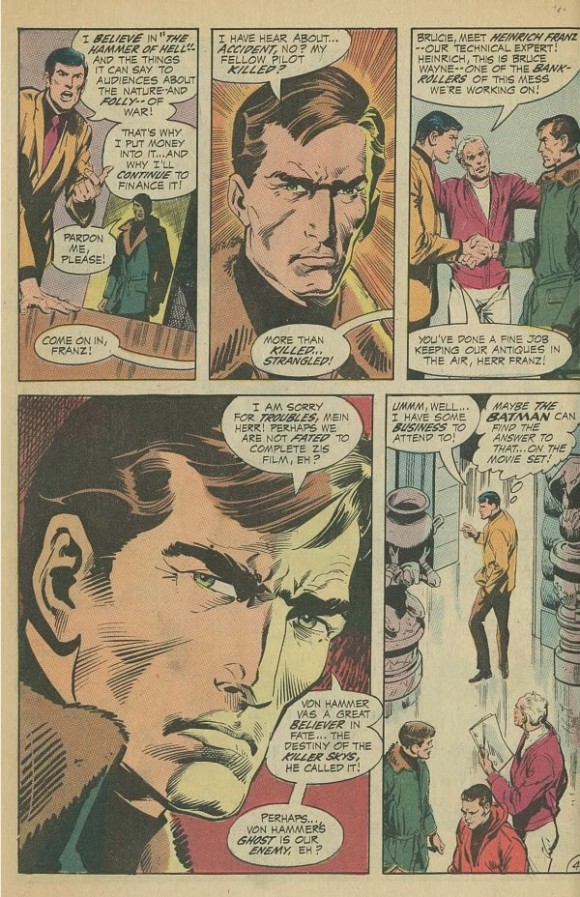 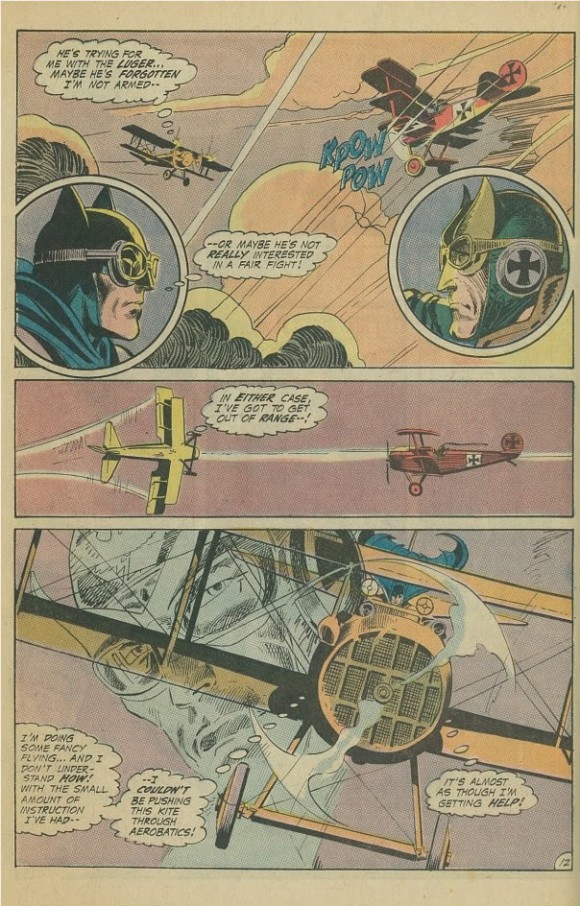