THE JOY OF KAIJU: You’re Never Too Old for GODZILLA

Home » COMICS HISTORY » THE JOY OF KAIJU: You’re Never Too Old for GODZILLA

Reflections on growing up with the King of the Monsters — or discovering him with your kids — as GODZILLA vs. KONG hits screens… 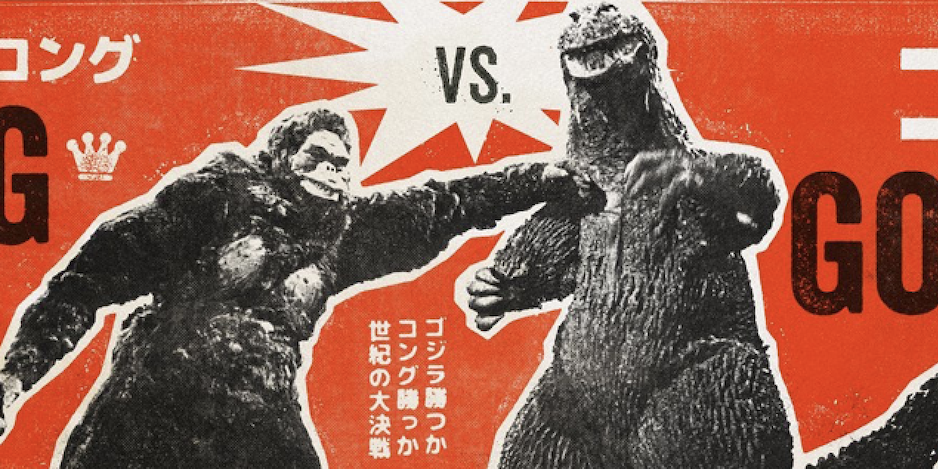 With Godzilla vs. Kong out this week, comics PR maven and writer David Hyde of Superfan Promotions provides you with a three-part look at THE JOY OF KAIJU — various aspects of the ever-entertaining grandiosity of Godzilla and his fellow monsters, featuring a litany of A-List comics creators like Mike Mignola, Scott Snyder, Geof Darrow, Eric Powell and many, many more. For Part 1 — about how the King of the Monsters inspires immense creativity — click here. — Dan

When I was a kid, my buddy Timmy Murch had the Godzilla Shogun Warriors toy. It was pretty cool. But it wasn’t as cool as the oversized Boba Fett action figure he had and when we played in his backyard I always wanted to battle as Boba Fett. 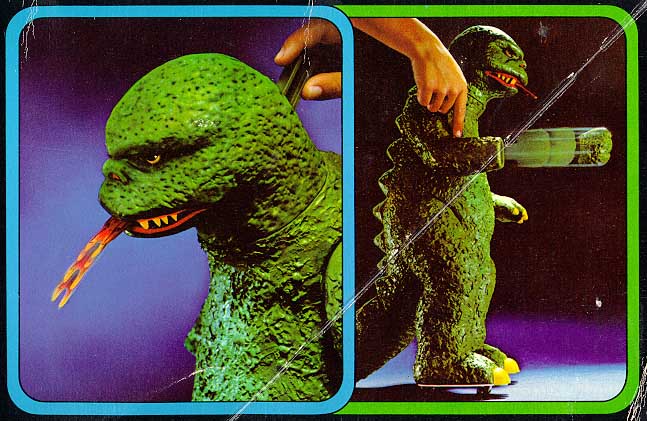 Timmy was into drawing Godzilla. He would draw him battling tanks and the army. I wasn’t particularly interested in drawing all those military vehicles and guns. If we were drawing together, I’d stick to superheroes.

I think one time I watched a poorly dubbed Godzilla movie at Timmy’s house on New York’s WPIX, Channel 11, but it just didn’t make an impression. I just didn’t get it. I never had a Godzilla phase, as a kid. Time passed. We grew up.

“The best toy I ever had was the Shogun Warriors Godzilla figure. With (for some reason) a projectile hand and protruding flame tongue. I remember watching the movie reruns on Sunday afternoon with that toy. Whether he was crushing people or the hero, I loved Godzilla.”—Eric Powell (The Goon; Did You Hear What Eddie Gein Done?)

“As a kid in the Boston area, you could see a lot of Godzilla on Saturday afternoons and so I did.  WLVI, Channel 56 and Creature Double Feature. I learned to tie my shoes while watching Creature Double Feature. It was during a scene with a scary, glowing woman walking through the woods as I recall. I probably wouldn’t have bothered trying to tie my shoes if Godzilla was on screen, though. All eyes on the mighty Godzilla.”—Matt Smith (Barbarian Lord; Folklords)

“I used to catch old Godzilla movies at random times when I was a kid, usually on a channel out of Chicago for some reason. What I remember most about them was that even though Godzilla is a “monster” and does damage, he also protects, and even sometimes “mothers” other monsters. He’s not evil, he’s not trying to cause harm, he’s a product of human choices. And while adults are often afraid of him, kids in the movies seem to relate to him, maybe because kids understand monsters on a different level. He’s a lot more complicated than a rubber suit.”—Mariah McCourt (Ash & Thorn) 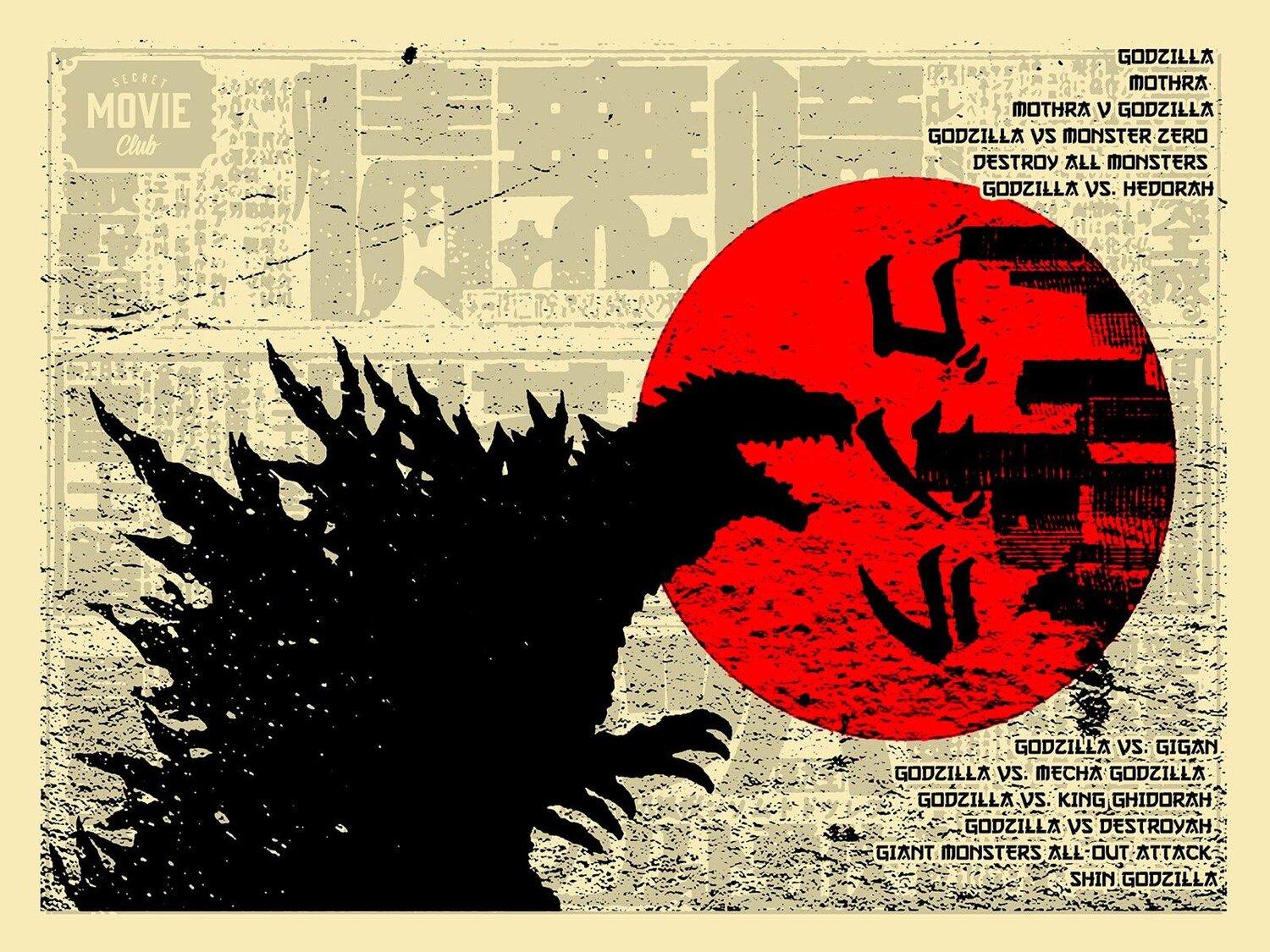 One of the great things about being a Dad is that you sometimes get to discover things you didn’t experience as a kid. I mean, sure, it can be fun to introduce your kid to the films, TV shows, books, and comics you loved growing up. But discovering something you missed out on the first time? Now we’re talking.

There’s an historic movie theater, the Vista, that’s not too far from where we live. It’s a single screen, locally owned theater in LA’s Los Feliz neighborhood that was built in 1922. The pavement outside has the handprints of movie legends: Ray Harryhausen, Martin Landau, John Woo… It’s one of my favorite places in the world. 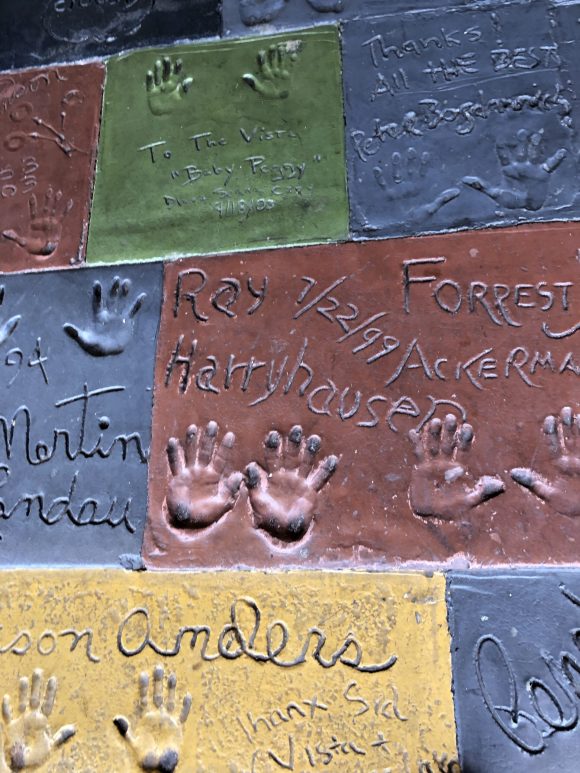 And then there’s the Secret Movie Club: a not-so-secret series of matinee and midnight showings of classic and cult movies, presented to a packed house of movie nerds (many of them regulars to the series) at the Vista Theater and other locations across the city. Each film is preceded by a brief talk from Secret Movie Club founder Craig Hammill, in which he provides historical context for what we’re about to watch, as well as his own personal reflections as a movie buff and filmmaker. Right before the curtains open and the movie begins, Craig poses a trivia question about the film to the audience and the winner gets a free, limited edition Secret Movie Club poster. It is, as the saying goes, pure movie magic. 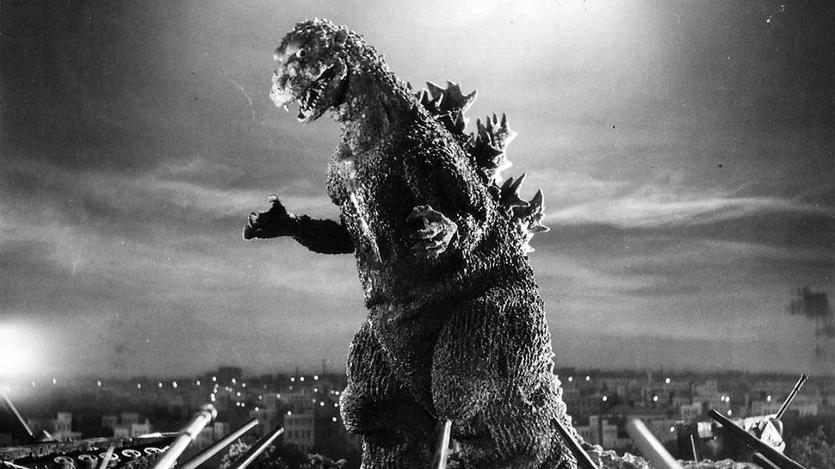 We discovered Secret Movie Club shortly after they had begun two separate series, one showcasing the films of the great director Akira Kurosawa, the other devoted to classic Godzilla films. Time was on our side. My son was 13 years old at the time, not too old to appreciate kaiju and a ripe age to discover Kurosawa’s masterworks.

“Godzilla will always be my favorite. I remember looking forward to Sunday monster matinee on Channel 11 growing up, weekend after weekend, watching him emerge from the ocean to defeat Gigan or the smog monster or King Ghidorah. Watching him save us when we didn’t deserve it. He’s the best kind of monster, one that teaches us humility.”—Scott Snyder (Batman, Nocterra)

“Godzilla is literally the primordial, collective ‘us’ or ‘we’ that sloshes mightily out of the oceans, reliving our own evolution out of the Devonian to Cretaceous soup, only to ironically crumple and crush the rest of human advancement in the cities under our mighty feet. And Gojira is without a doubt the ultimate monstrosity, our crowned, fallen king, our rampaging id that we ourselves as a civilization must destroy in order to continue to survive and evolve. We are Godzilla and we are the human ants in these cities, caught in this astonishing, wonderfully dysfunctional circle of evolution and destruction. And coolness!”—Ricardo Delgado (Age of Reptiles, Dracula of Transylvania)

Attending alternating matinee screenings of Kurosawa films and Godzilla movies was pretty much the perfect way for us both to discover Godzilla. Almost all of the Godzilla films screened by Secret Movie Club were from the classic Tōhō Showa Era films and the movies looked appropriately, gloriously, larger-than-life projected on that big screen. 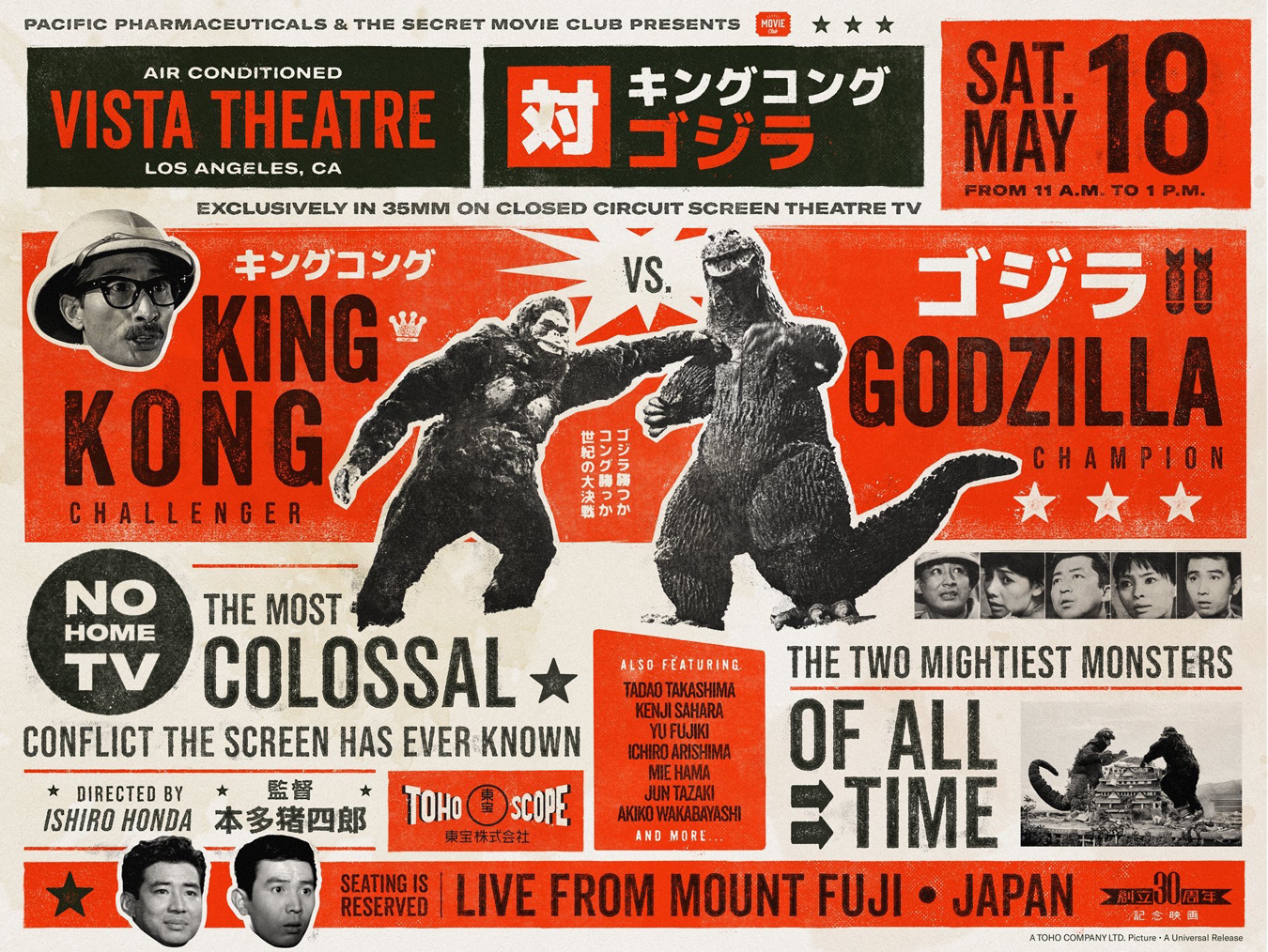 What struck me in watching these films as an adult was their warmth, their joy, their unexpected satire, their frequent messages of environmental awareness, and their humanity. Which is a funny thing to say about movies featuring a giant monster who battles other monsters and destroys buildings.

The Secret Movie Club retrospective provided a deep dive into kaiju storytelling and the world of Tōhō Studios. We learned that Haruo Nakajima was the man inside the Godzilla suit for a dozen consecutive films. We were dazzled by Eiji Tsuburaya’s practical effects. We were mesmerized by Akira Ifukube’s iconic scores. And we were fascinated by the life and films of Ishirō Honda, who was the assistant director on Kurosawa’s Stray Dog in 1949, five years before he directed Godzilla. Mostly, we came to love Gojira, as he is called in Japan.

It turns out I was not too old to discover the joy of kaiju after all. And if you have never watched a Godzilla movie, it’s not too late for you, either.

Many of the Tōhō Shōwa Era Godzilla films are currently streaming on HBO Max.

NEXT: Why the First GODZILLA Remains the King of the Kaiju Movies. Click here.

— THE JOY OF KAIJU, PART 1: A Kaleidoscope of Mutant Inspiration. Click here.