The Groovy Days of the DC COMICMOBILE, by BOB ROZAKIS

Home » COMICS HISTORY » The Groovy Days of the DC COMICMOBILE, by BOB ROZAKIS

In this EXCLUSIVE PREVIEW of Back Issue #100, the DC Bronze Age stalwart recalls riding the roadways and bringing comics to the masses. 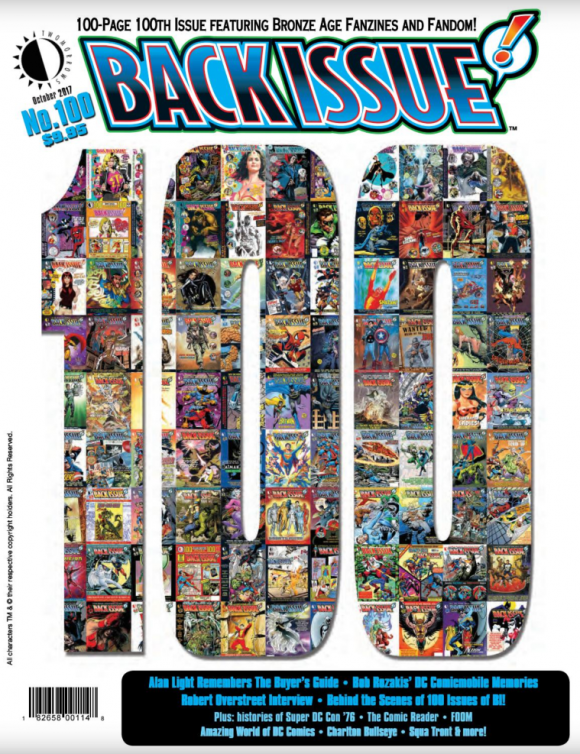 Do you know what the DC Comicmobile was?

It was, as its name suggests, a van decked out with DC logos that was staffed by Batmaven Michael Uslan and, later, Bob Rozakis, that hit the roads around the New York metropolitan area in the summer of 1973, selling comics.

Dammit, I wish I’d known about it at the time. Y’know why? Because the friggin’ thing would hit Ocean Township, N.J. — where I lived — and I had no idea at all. Had I known, at the age of 6, I would have begged, begged, begged my Mom or Dad to take me. (It also used to visit my mother’s hometown of Bradley Beach, just outside Asbury Park, where we used to go to the beach — a lot.)

Why did it spend time at the Jersey Shore? Well, that’s where Uslan’s from.

Can you hear the frustration in my voice? Sigh. I mean, really…

Anyway, it’s a good thing I can read such a great chronicle by Rozakis of the travels and travails of the Comicmobile in editor Michael Eury’s Back Issue #100 — which is, fittingly, celebrating its milestone issue with a look at Bronze Age fandom.

Since so much of 13th Dimension is geared toward said fandom, I take particular joy in sharing this excerpt with you. And there’s so much more too: Just check out the table of contents: 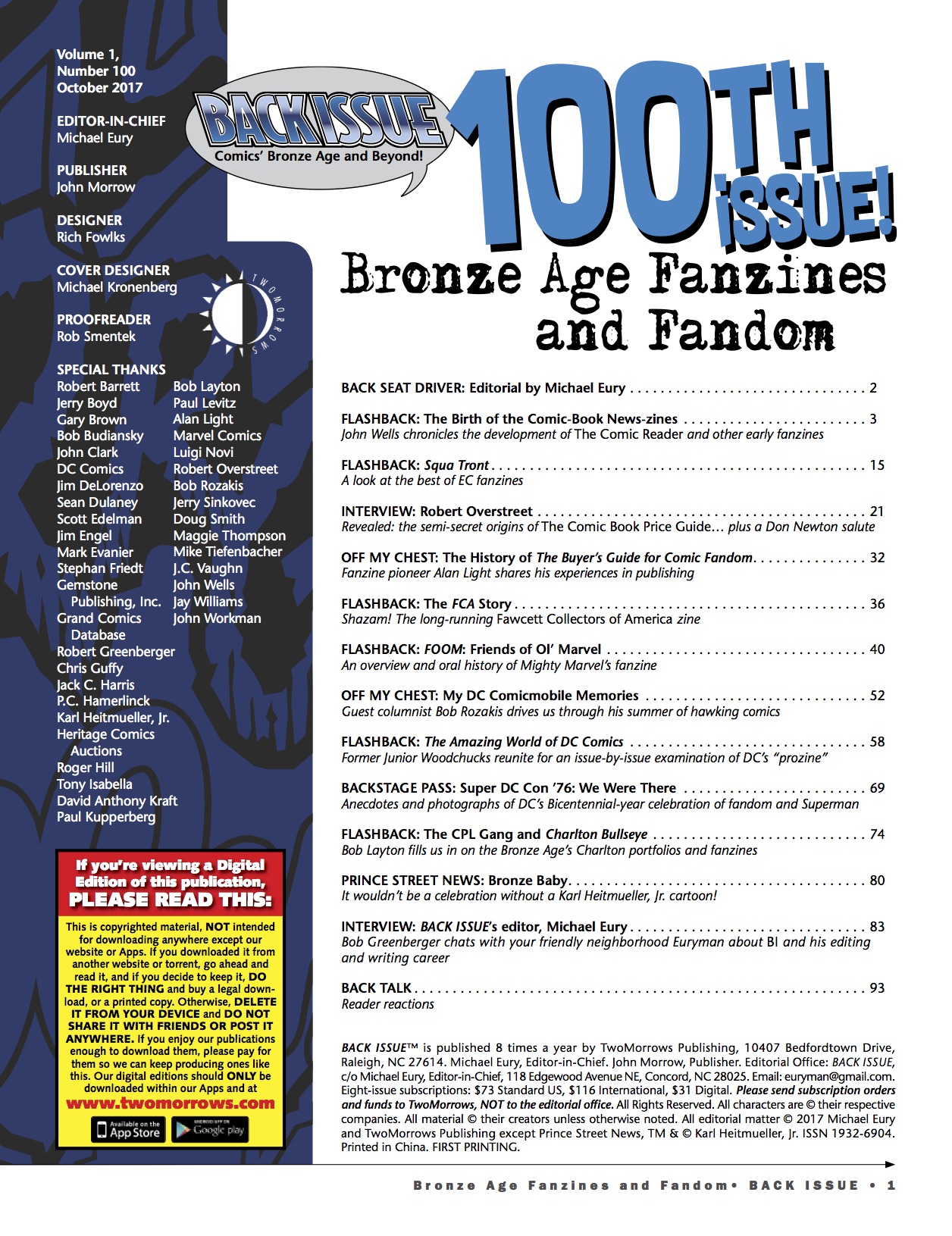 Back Issue #100 ships 9/13, but check with your comics shop because some places get it at different times. (Some will get it as early as 9/6.) As always, you can also order it directly from TwoMorrows.

Now, dig this virtual ride in the DC Comicmobile: 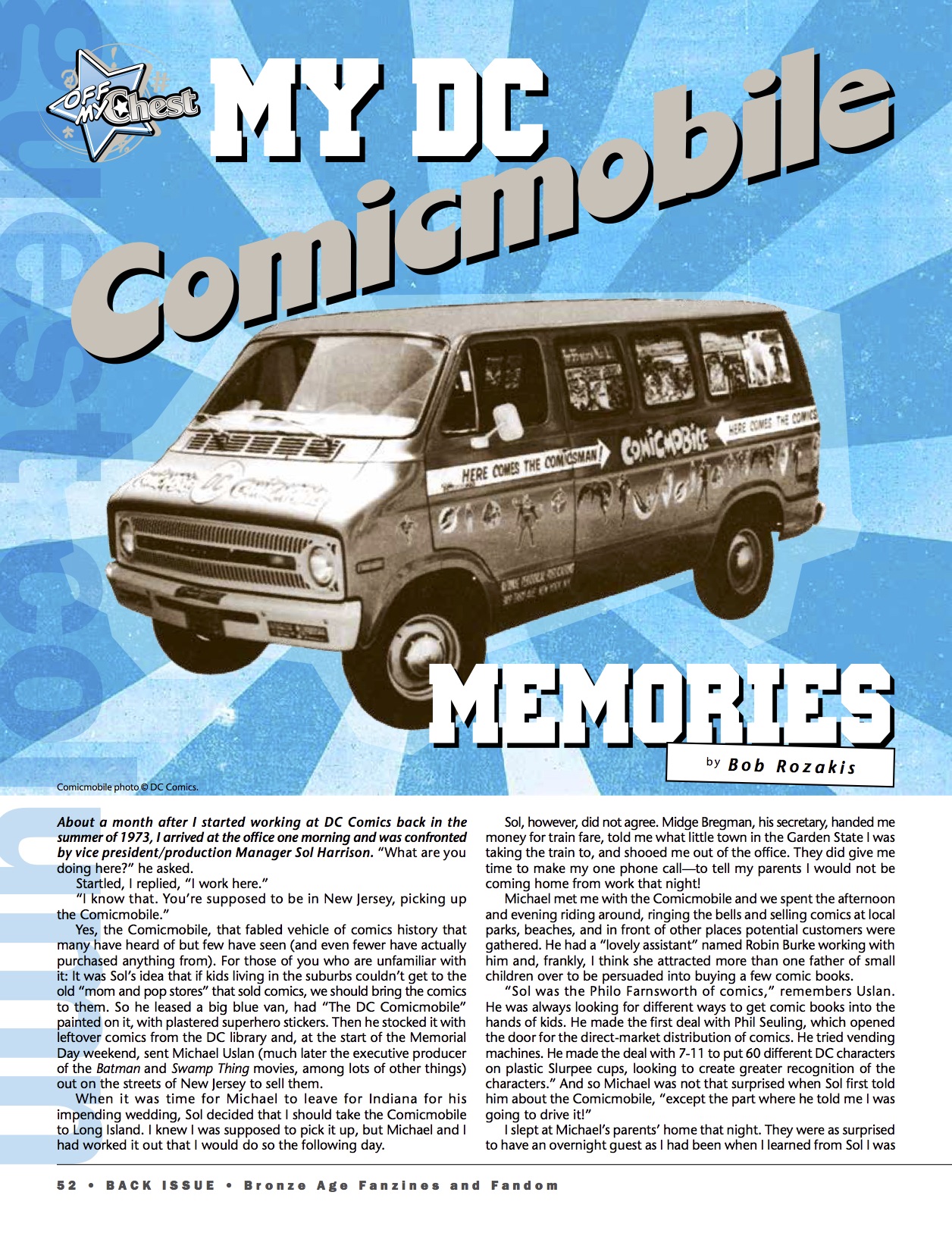 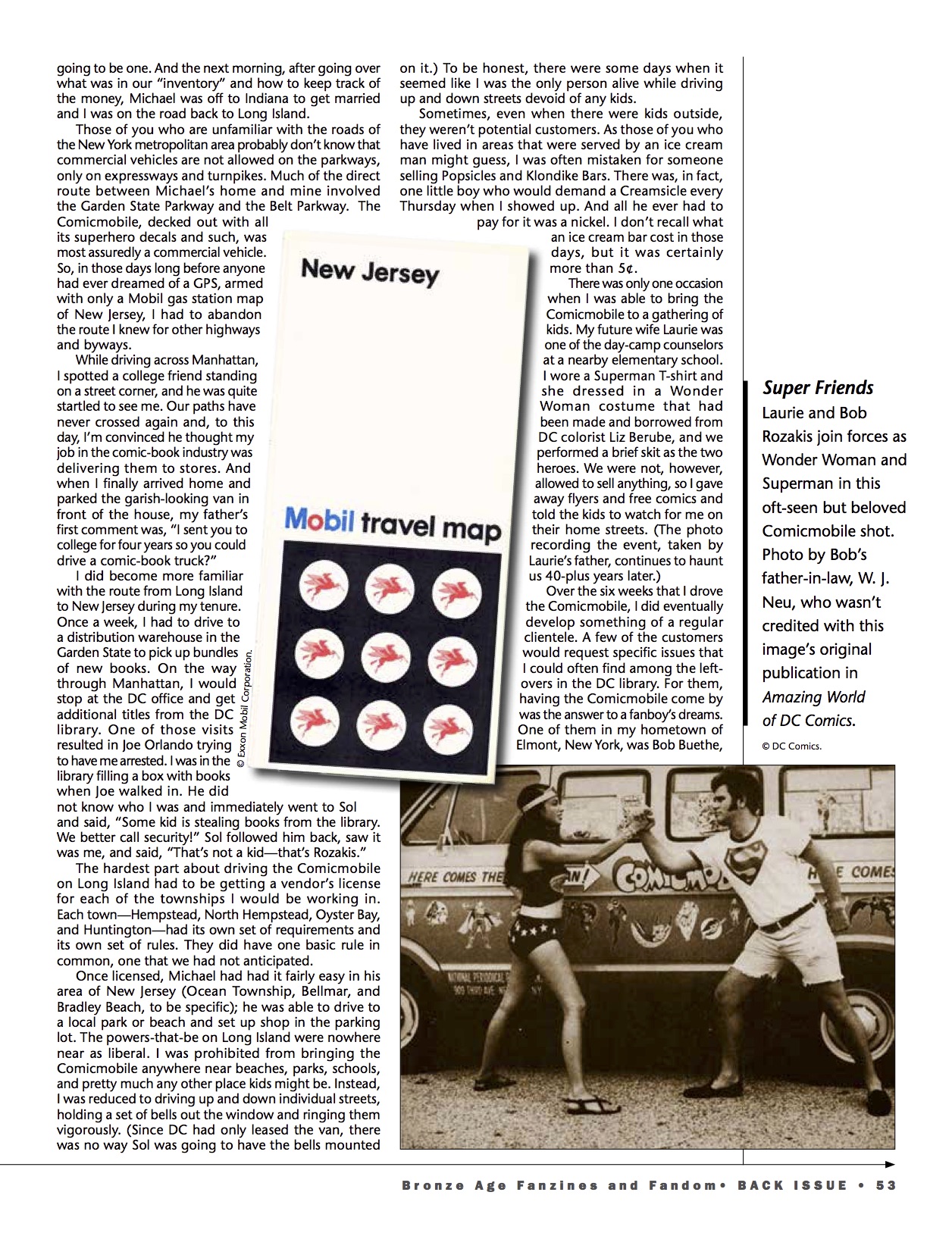 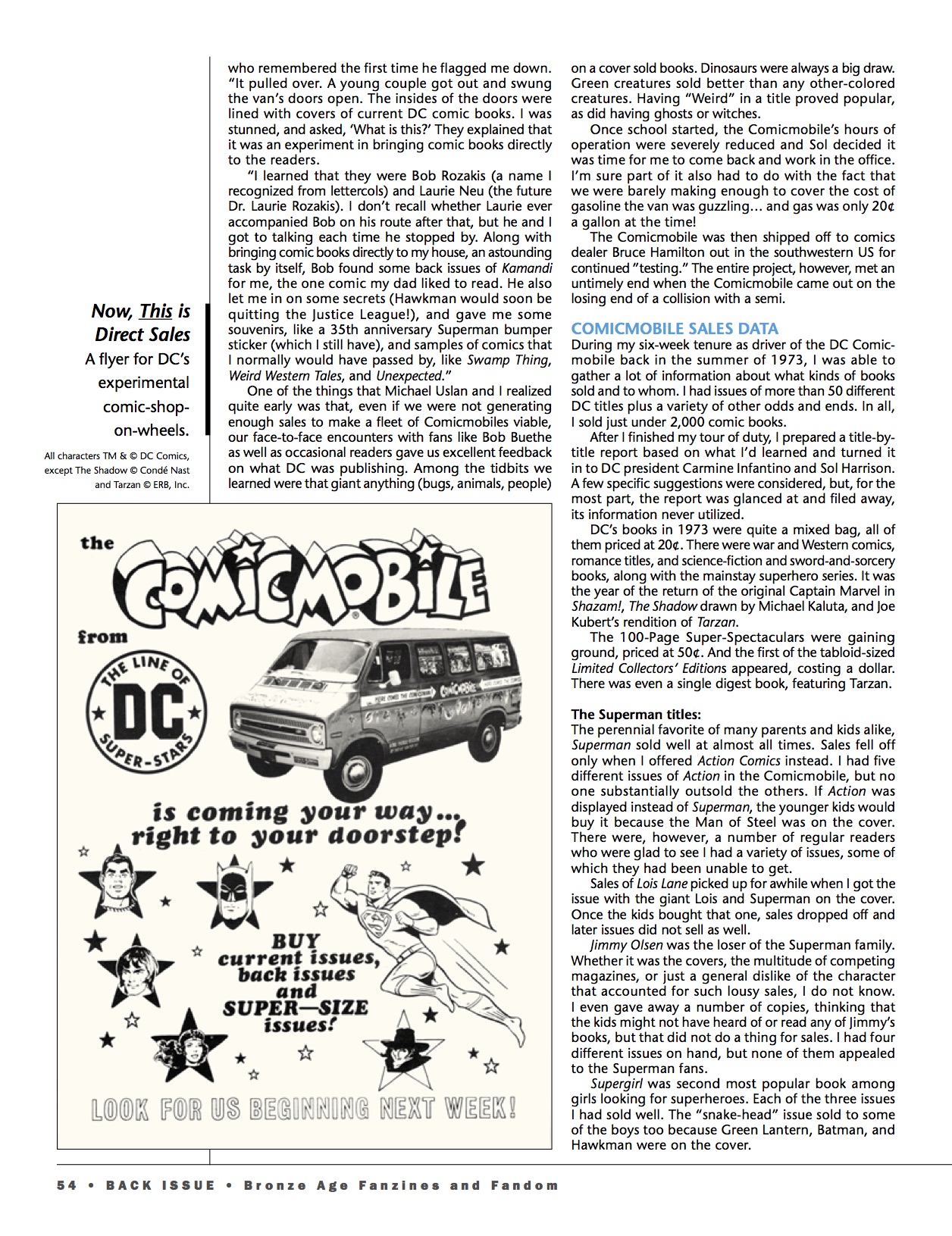 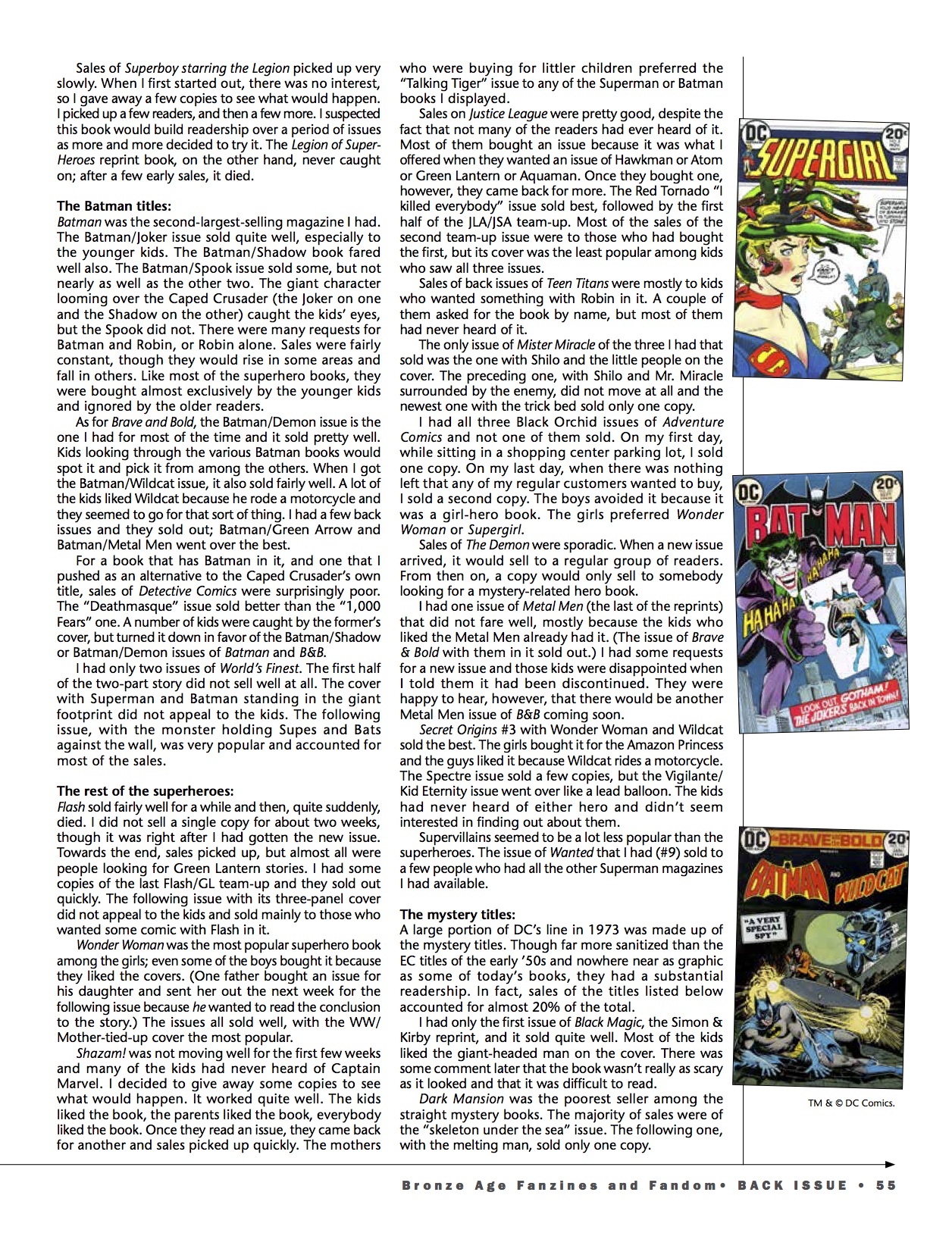 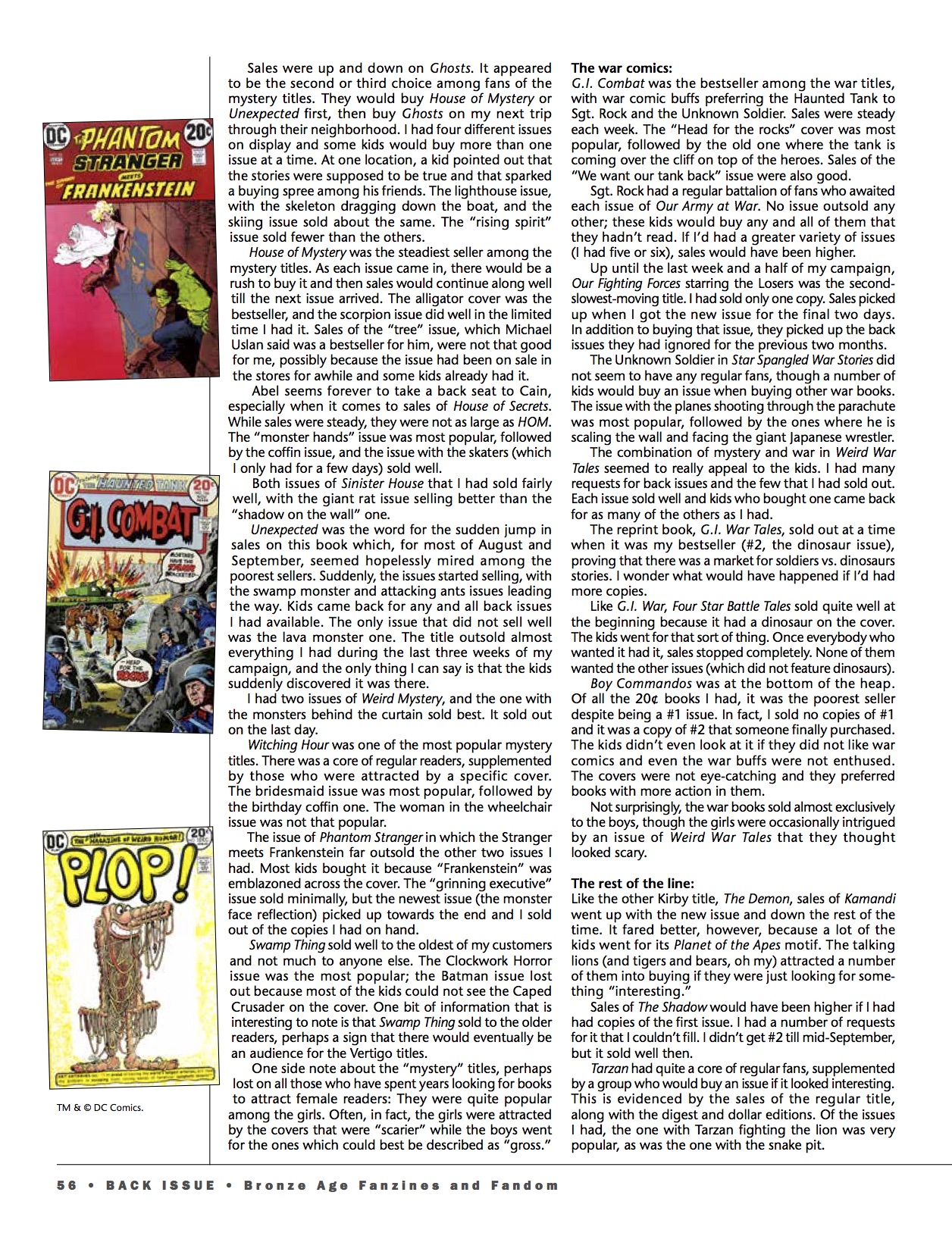