The Greatest ROBIN Outfit That Never Was

Home » BATMAN'S HOT-LINE » The Greatest ROBIN Outfit That Never Was

UPDATED 11/12/19: The late fan-fave artist Don Newton was born 85 years ago. His Detective Comics #526 — with Jason Todd’s original costume — remains a high-water mark in his career, so it’s the perfect time to re-present this piece from 2015’s ROBIN WEEK. Oh, and click here for a more in-depth look at that glorious cover itself. — Dan

In the early ’80s, you could get through life as a comic-book fan without spoilers pretty simply. You’d hear rumors and maybe somebody at your shop (if you had one) knew someone who knew someone, or at least that’s what they’d say.

There were the listings for upcoming comics in the back of the books and fan magazines and company newsletters, but really, nothing immediate.

So as a 16-year-old in 1983, I can be forgiven for patting myself on the back for figuring out that this red-headed circus kid named Jason Todd was going to be a new Robin.

I’m certain there was info in the zeitgeist about Dick becoming Nightwing, but my memory is unclear on the details of that. I do remember finding out the name through a Direct Currents newsletter sent to dealers. 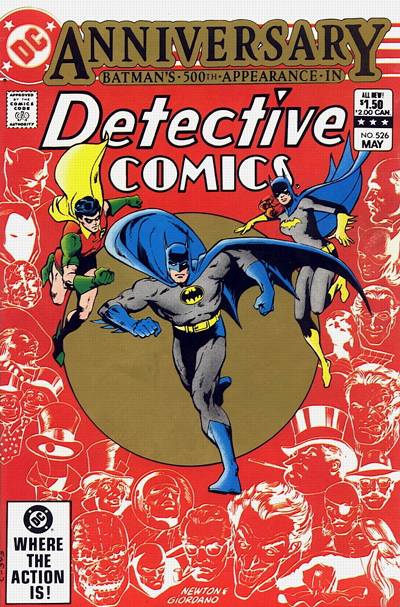 Anyway, I just remember opening up Detective #526 and seeing this pic and thinking: “I called it!” or the early-’80s equivalent. (Hey, forgive the youthful boasting. Everything’s obvious in retrospect.) 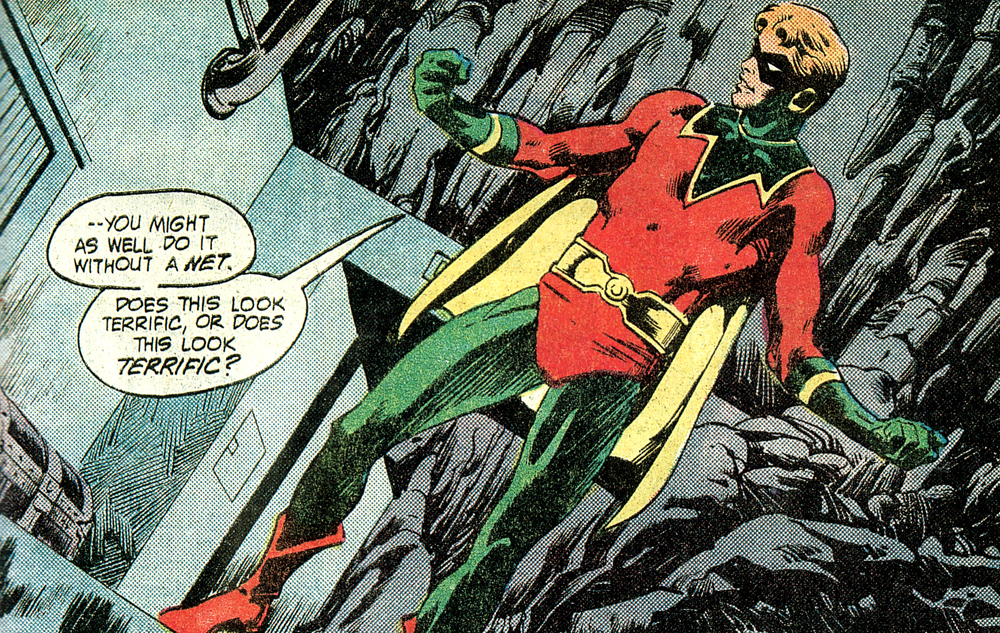 What wasn’t clear was whether this was going to be a permanent thing. And they even toyed with fans for some time about whether Jason was going to have a different superhero identity.

But, man, I loved that outfit. I used to sketch it, especially that collar area. If there was going to be a new Robin, it was great that he was going to get his own outfit — especially one with pants.

See, the pants thing was a big deal at the time. (The other day I wrote a piece about all of Dick Grayson’s Bronze Age costume possibilities. It’s fun. If you’re reading this I think you’ll like it. Click here.) 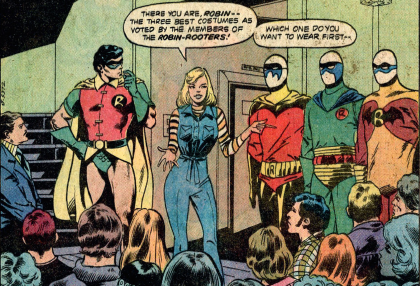 Alas, it was not to be. Sure, Jason became Robin. But DC was not primed to change his basic, merchandisable look — at least not until some years later.

They even made him dye his hair. I mean if Bruce Wayne takes in another boy, and he’s got red hair, and then Batman shows up with a new kid the same age with red hair, well… (After Crisis on Infinite Earths, Jason was naturally black-haired.)

But nothing changes the fact that this outfit was great. Yes, Jason, it looks terrific.

— 13 COVERS of Robin in the Golden Age. Click here.

— 13 COVERS of Robin in the Silver Age. Click here.

— 13 COVERS of Robin in the Bronze Age. Click here.