If music be the food of bats, play on…

But what do they have in common? They’re all live-action themes. So what about Batman in animation? Since 1968, the Caped Crusader has had eight cartoon series — each with a distinct theme.

Well, our buddy John S. Drew of The Batcave Podcast (and co-host with yours truly of The World’s Greatest Super Friends Podcast) has taken up the challenge and ranked all of them.

If only there were 13 of them… 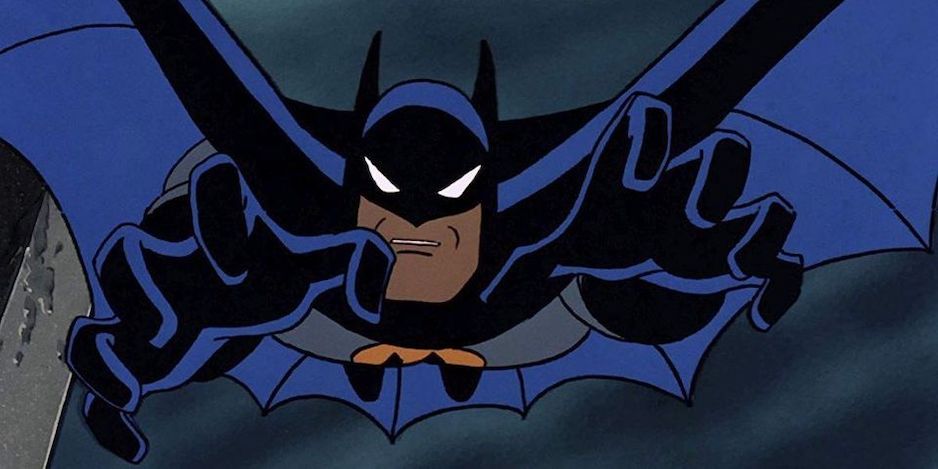 A good theme song helps a viewer connect with a show. Sometimes, it can be all a viewer needs to hear in order to get excited to watch an episode. When you think about it, as simple as the original Batman theme of the 1966 series is, it is instantly recognizable and worked so well when incorporated into the series as background or fight music. As much as with the Superman movie theme of the 70s and 80s, it’s a tall order to create a Batman theme song that can stand out and distinguish a show from other iterations and from the 1966 series. But it’s been done and I wanted to share my thoughts on the themes we have been presented with to date. Like most things I do, I’m not predictable.

8. The Adventures of Batman with Robin the Boy Wonder, 1968. When the 1966 Batman series was cancelled by ABC in 1968, Filmation moved quickly to get a Batman animated series on the air. They were already successful with their Superman and Aquaman series and their take on Batman with the voices of Olan Soule and Casey Kasem as the Caped Crusaders was actually a very faithful take on the comics of the time, thanks in large part to the writers primarily being DC Comics scribes. But the theme leaves something to desired. It starts with blaring horns hitting the notes as though they were trying to recreate the Batman ’66 theme. It then goes into this cacophony of notes that don’t really go together. It then shifts to a more jazzy swing that does give the theme a satisfying ending.

(Dan notes: I can’t help but comment here. I love this theme. Love it.)

7. Batman: The Brave and the Bold, 2008. This show took me about half a season to “get”, but once I did, I was hooked. The theme, though, was always something that I felt was almost unnecessary as it is blaring and loud and just took away story time.

6. The Adventures of Batman and Robin, 1997. Shirley Walker’s Danny Elfman-influenced theme that actually doesn’t evoke as much of the excitement for Batman as the original does. Perhaps it was also that at this point, this version of Batman was now five years old and even with the tweaking of the character design, it was getting a little tired.

5. The New Adventures of Batman, 1977. While many will say this second attempt by Filmation is the weaker of the two series, the theme here is much stronger than its predecessor. The music is heavily used throughout the episodes themselves in various versions, from lighthearted to ominous. It’s a happy earworm I still get stuck with every once in a while.

And here’s a BONUS: The Japanese version of the theme, which might be even better:

4. Beware the Batman, 2008. I really went into this show thinking I would not like it. Computer animation hero shows have never really worked for me and I was disappointed that Robin wasn’t being used. But all the things I worried about actually worked in the show’s favor. Plus, Alfred’s role was beefed up, playing up on his MI6 experience. I always thought the theme was sung by Kate Bush, but it’s actually by the Dum Dum Girls.

3. The Batman, 2004. I never watched this show in its initial run, perhaps because I was a little jaded or perhaps because I thought it was too soon after the Kevin Conroy run. And while this series had two themes, it’s the first that stands out and gets placed high up in the ranking. As scored by the Edge of U2 fame, this theme has a rocking guitar riff that pulls it away from the more cinematic, orchestrated 1992 theme. And in the end, I got to watch some of the early series episodes and it’s not half bad, with a very obvious Norm Breyfogle influence.

For completeness’ sake, here’s the second theme, which sounds like Batman ’66 mashed up with Hawaii Five-0:

2. Batman: The Animated Series 1992. To this day, this is the definitive Batman to a huge swath of fandom and the theme is just as definitive — an adapted version of Danny Elfman’s from the 1989 movie.

1. Batman Beyond, 1999. I know I may catch flack for this, placing this version ahead of the ’92 series, but this has always been my favorite animated version of Batman. I liked that he was vulnerable and made a lot of mistakes. And this theme song is so kick ass.

Oh, and hey, we’ve got one more BONUS for you: the Batmanga theme from Batman: The Brave and the Bold: