We wrap up our weeklong 25th anniversary celebration.

The other day, I posted a piece in which comics creators picked their favorite BTAS episodes. (Click here. It’s cool.) Artist Andy Fish was one of the people I invited to participate, but rather than simply say yes, he immediately fired off a Top 13 list.

And it was a pretty damn good list — fairly close to my own (though The Laughing Fish or Legends of the Dark Knight are probably my faves). My plan for this weeklong celebration included a Top 13 List, so it only made sense to just turn the keys to the Batmobile over to Andy, who says, “I loved the show, although my favorite season is the fourth one when they redesigned the characters and made Batman slimmer and got Bruce Wayne out of that awful brown suit.”

I agree with that assessment too. So here’s Andy:

1. Heart of Ice. The origin of Mr. Freeze was brilliant. I have to go on record saying I hate origin stories because they’re boring — I just want to get to the story and everyone in costume — but this one added so much dimension to a character I’d always considered C-Level and it elevated him to an A villain. They never did Mr Freeze better than this episode. It’s also one of the episodes directed by Bruce Timm, who was the style spearhead for the series. 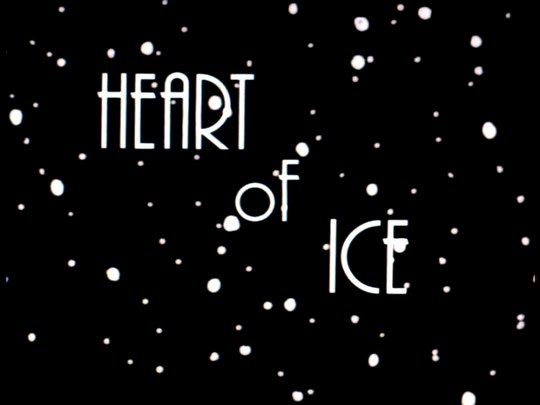 2. On Leather Wings. Because it was the first episode and I was blown away by what they did. Before this episode, Batman appeared in cartoons alongside Bat-Mite or the Wonder Twins and this was absolutely the first time the character was done straight. I loved it.

As a storyteller I was impressed by the quick pace and the angles used to tell the story. The scene of Man-Bat and the zeppelin comes to mind. It was done like a big-screen movie. This was so much better than the rubber-suited live-action Batman films. (Click here for an interview with On Leather Wings director Kevin Altieri.) 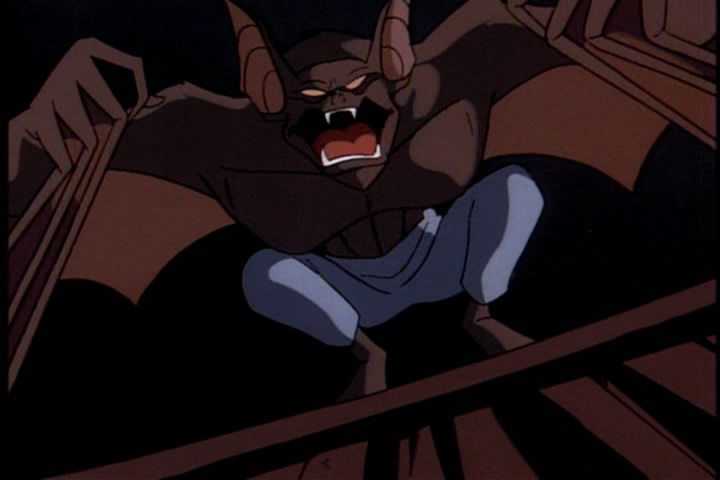 3. Two-Face, Parts 1 and 2. I think my love of Batman stems from my love of pulps and film noir, and this was modern film noir. I couldn’t believe this one got past the censors but it did and it was outstanding.

4. Beware the Gray Ghost. It was so reminiscent of Batman #253 when he met the Shadow. I really loved it and c’mon, they brought in Adam West. What a great tribute to him. 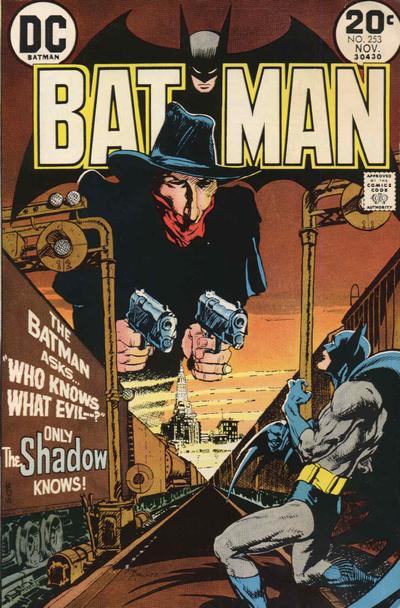 5. Feat of Clay, Parts 1 and 2. As much as I dislike origin stories, I also dislike “innocent man framed” stories, because they’ve been done to death. But when they work they are outstanding (see The Shawshank Redemption). Like Freeze, the series elevated Clayface to a major villain role.

6. The Laughing Fish. Best Joker episode in the original 65 and they combined the stories from Batman #251 and the great run by Steve Englehart and Marshall Rogers from 1978 brilliantly. (Click here for more on The Laughing Fish.) 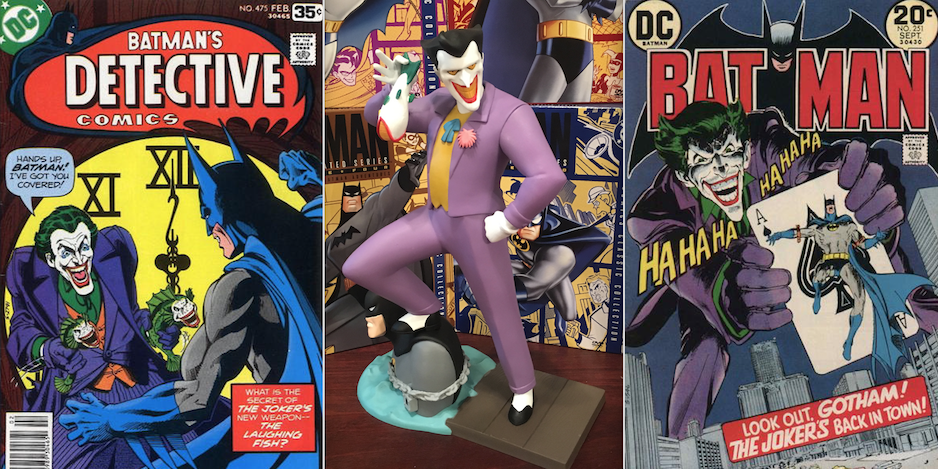 A Diamond Select Joker statue based on The Laughing Fish episode.

7. The Strange Secret of Bruce Wayne. Based on the Englehart/Rogers story from ‘Tec #471 and #472, which are probably my favorite Batman comics of all time. This one gets pretty close to getting it right.*

8. Moon of the Wolf. Based on another classic Neal Adams Batman story — Batman #255, written by Len Wein — and I love werewolves. 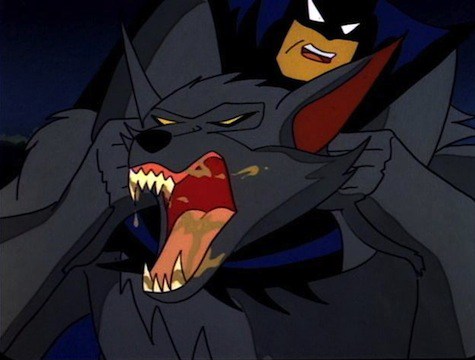 9. Almost Got ‘Im. This one has a great ending. 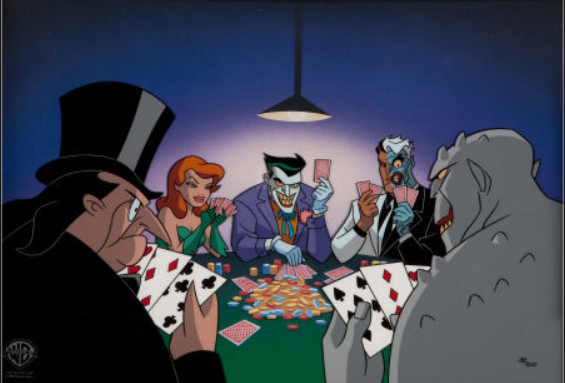 10. The Demon’s Quest, Parts 1 and 2. Based on Denny O’Neil and Neal Adams’ James Bond-like epic introducing Ra’s al Ghul. It was great to hear how his name was supposed to be pronounced, ending decades of debate among my friends. (NOTE from Dan: Except that Adams and O’Neil pronounce the name differently! Click here.)

11. Mad Love. Possibly the most “adult” kids’ cartoon ever done. 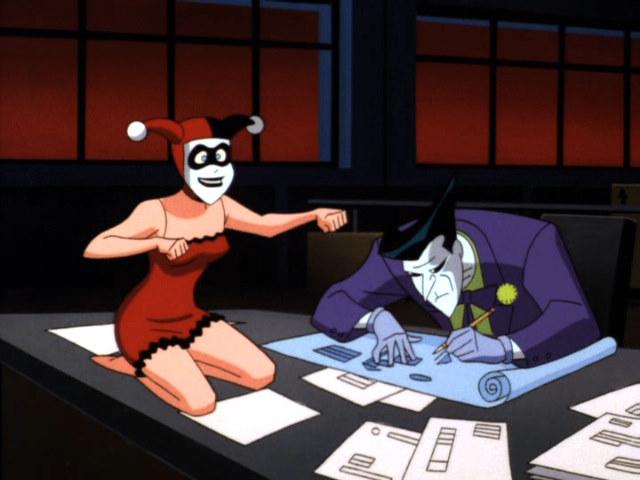 12 and 13. And pretty much ALL of Season Four — especially Holiday Knights, which was based on a Bruce Timm comic story, and Growing Pains, where Robin has a crush on a girl he’s protecting only to find out she has a sinister secret! 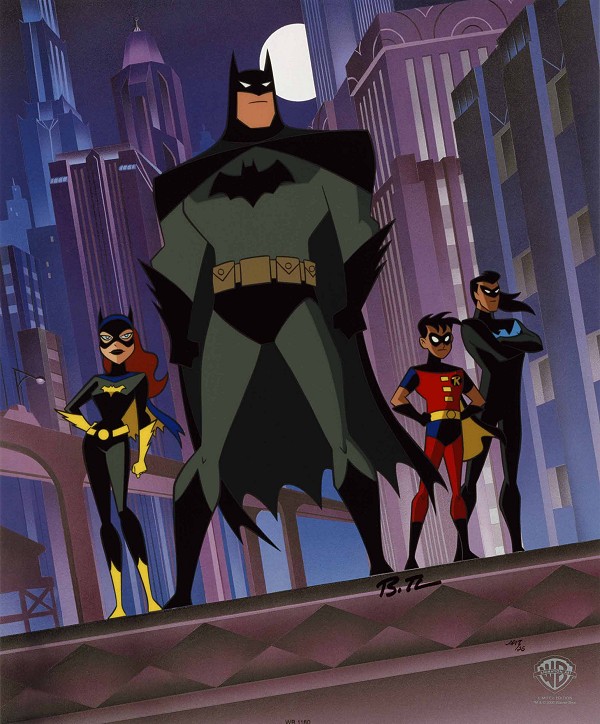 * Andy’s produced an outstanding webcomic featuring a Golden Age Batman battling Hugo Strange. The Englehart-Rogers run was also an inspiration. Click here for more about it. You’ll absolutely dig it. And be sure to check out Andy’s Batman site, here.