EXCLUSIVE INSIDE LOOK: A place to hang your tiny cloak — or wings… 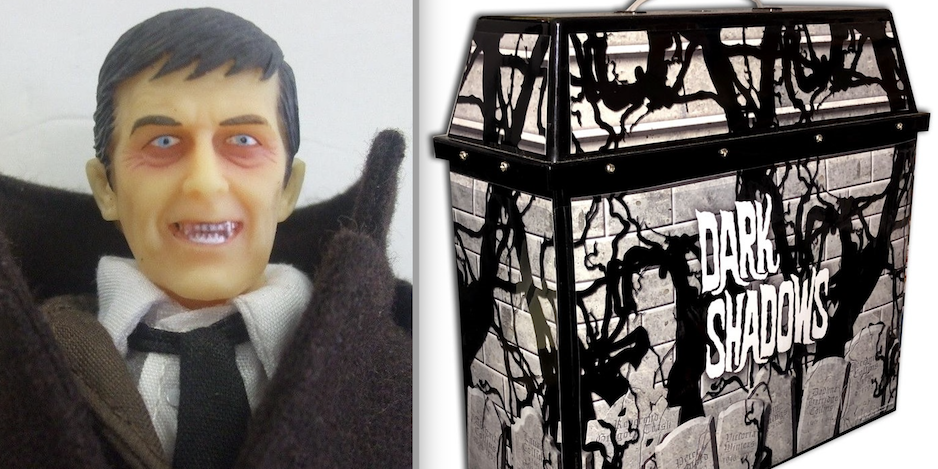 Customizer Anthony Durso’s playsets have been a popular addition to the world of Mego-style action figures over the last year — with settings devoted to comics characters, cartoons and favorite TV shows like Batman ’66.

Now, through his company The Toyroom, he’s spreading his (bat)wings and adding a Dark Shadows Crypt to the line-up.

Dig this EXCLUSIVE INSIDE LOOK — along with Anthony’s commentary. And if you want to check out other sets — and you do — click here for the complete INDEX. 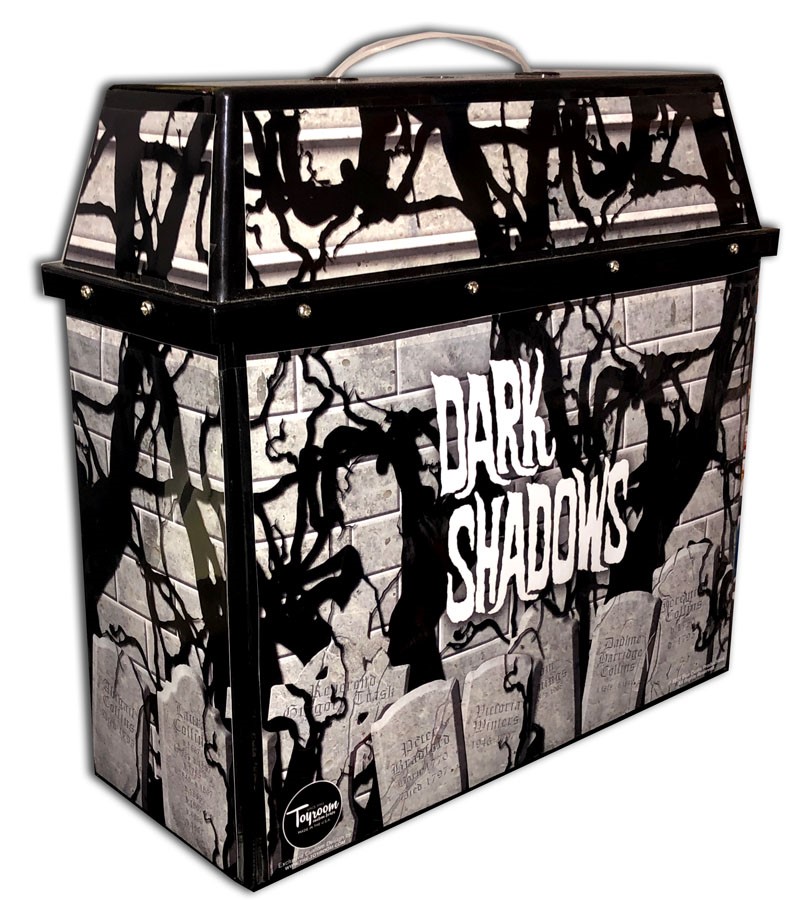 “Before my love for Batman, there was another bat man that piqued my interest…Barnabas Collins,” Anthony explained. “Barnabas Collins was the resident vampire on the gothic ABC-TV soap opera Dark Shadows (1966-1971) and I was both fascinated and terrified by him at the age of 3. My mother was a regular viewer every weekday at 4 p.m. and I remember watching along, as religiously as I did Sesame Street at the time (although The Count wouldn’t debut until 1972).

“Vampires became both my favorite monsters as well as the ones I feared the most,” he added. “At least until werewolves came along. But Dark Shadows had those too, the most prominent being Quentin Collins. I remember having a sleepover at an older cousin’s house (the first “monster kid” I ever knew) and those giant 11″ x 22″ posters of Barnabas and Quentin (from the LP soundtrack) that he had on his wall kept me up all night. 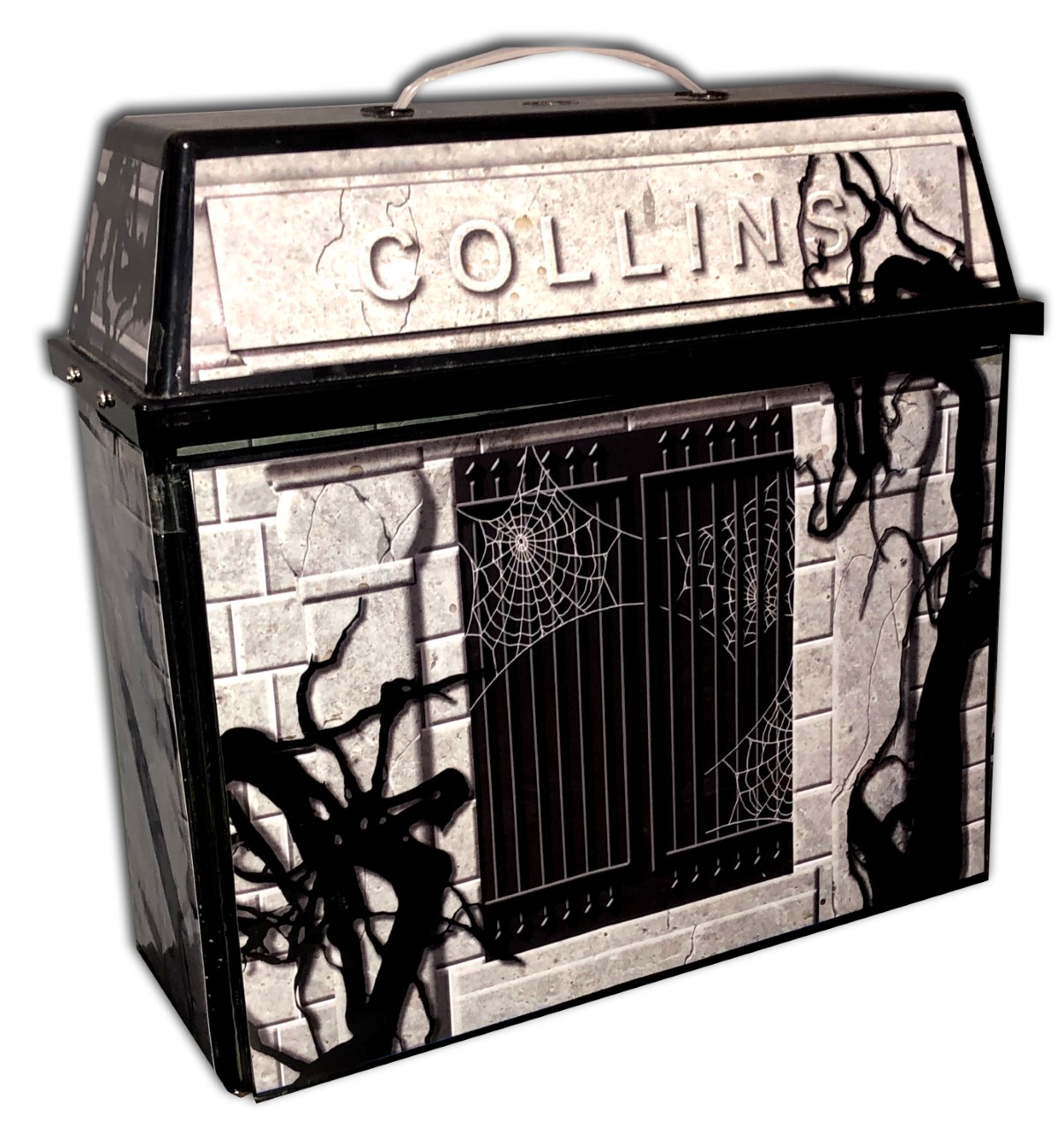 “Eventually Dark Shadows was cancelled and all the vampires, werewolves, witches and warlocks expired. It would be decades before I encountered them again. But you can’t keep a good monster down and when MPI Video began releasing VHS tapes of the series in 1989, as any young responsible adult with disposable income would do, I paid gladly,” Anthony, a 13th Dimension contributor, said. “At least, for awhile. So many tapes were released (there were 1,225 episodes, don’t you know) it became hard to keep up. So I bowed out after 20-something videotapes. But now, thanks to streaming, it can be watched whenever you’d like. Maybe every day at 4 p.m. if you prefer. (I’d be remiss if I didn’t mention the 1991 NBC reboot series, which was unfortunately short-lived, or the 2012 Tim Burton film. And while both have some good points, they’re no match for the ones on the fangs of Jonathan Frid.)”

Check out the interiors: 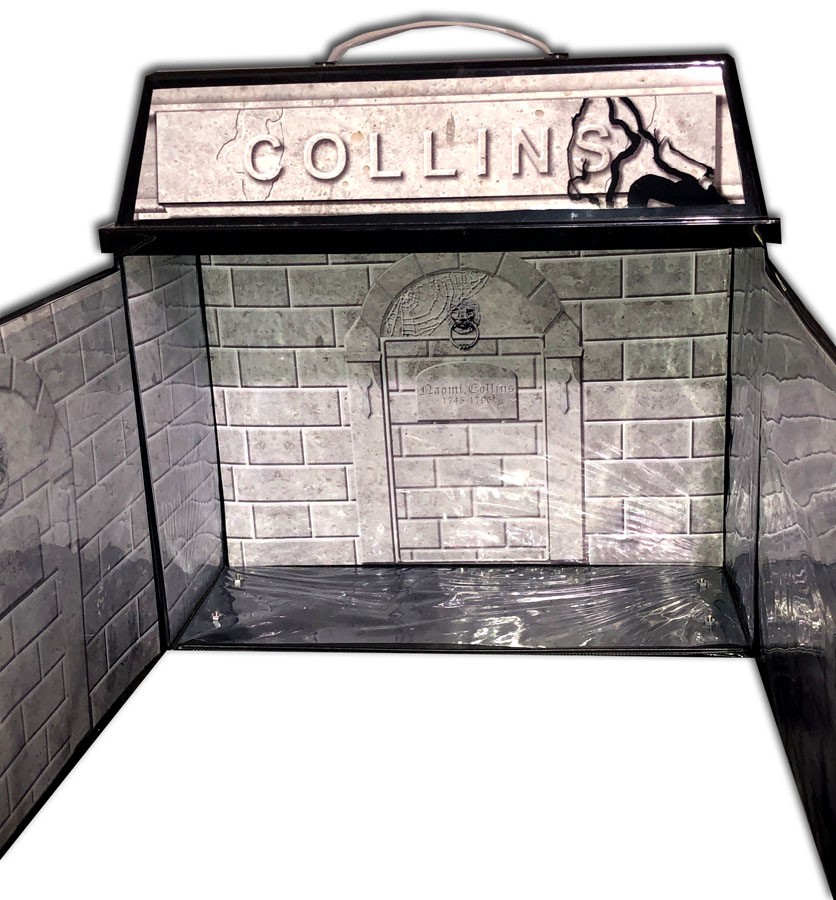 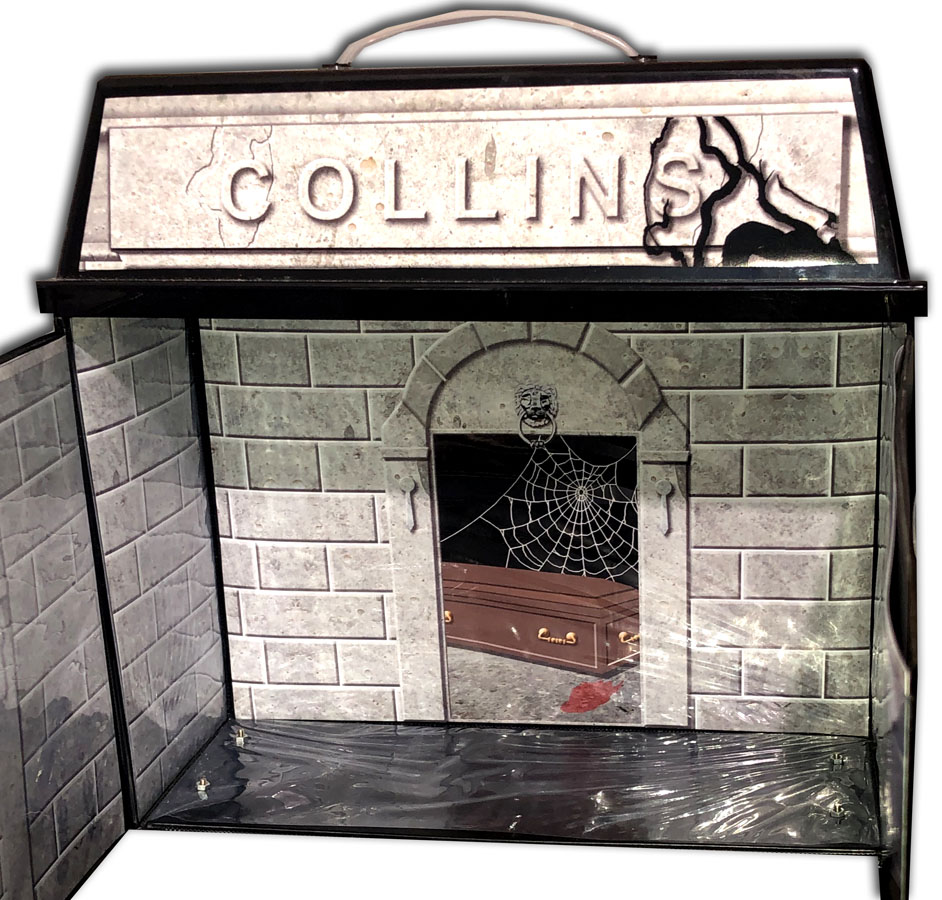 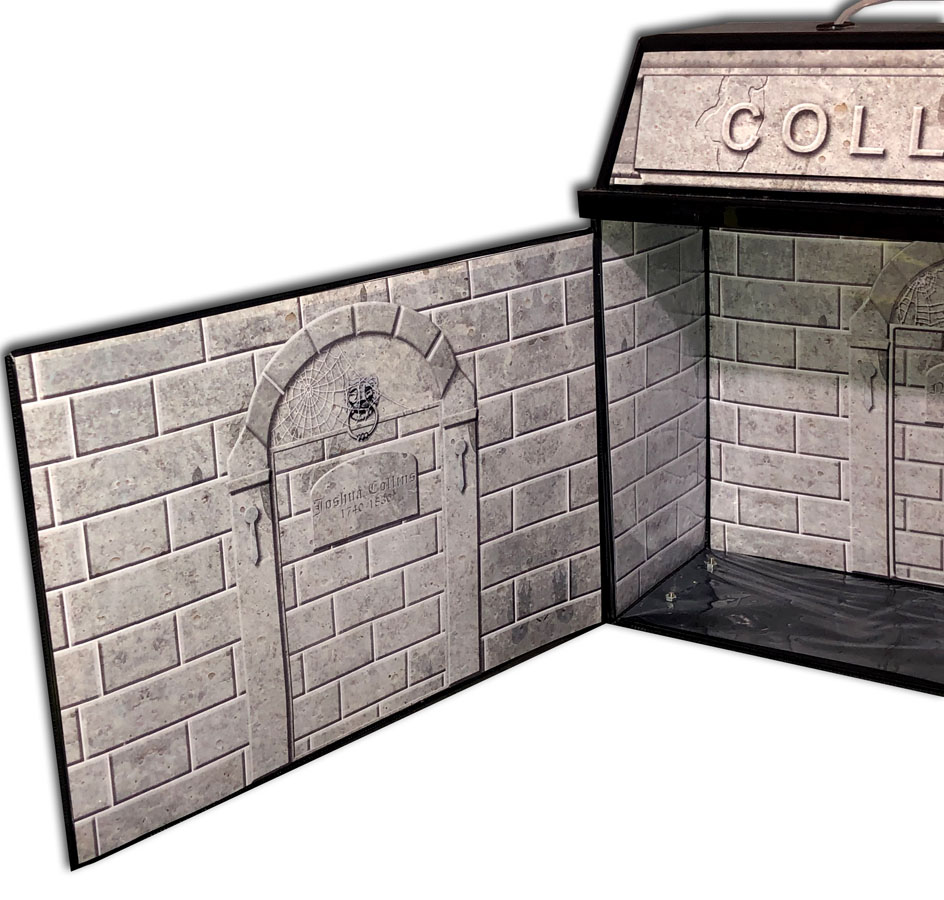 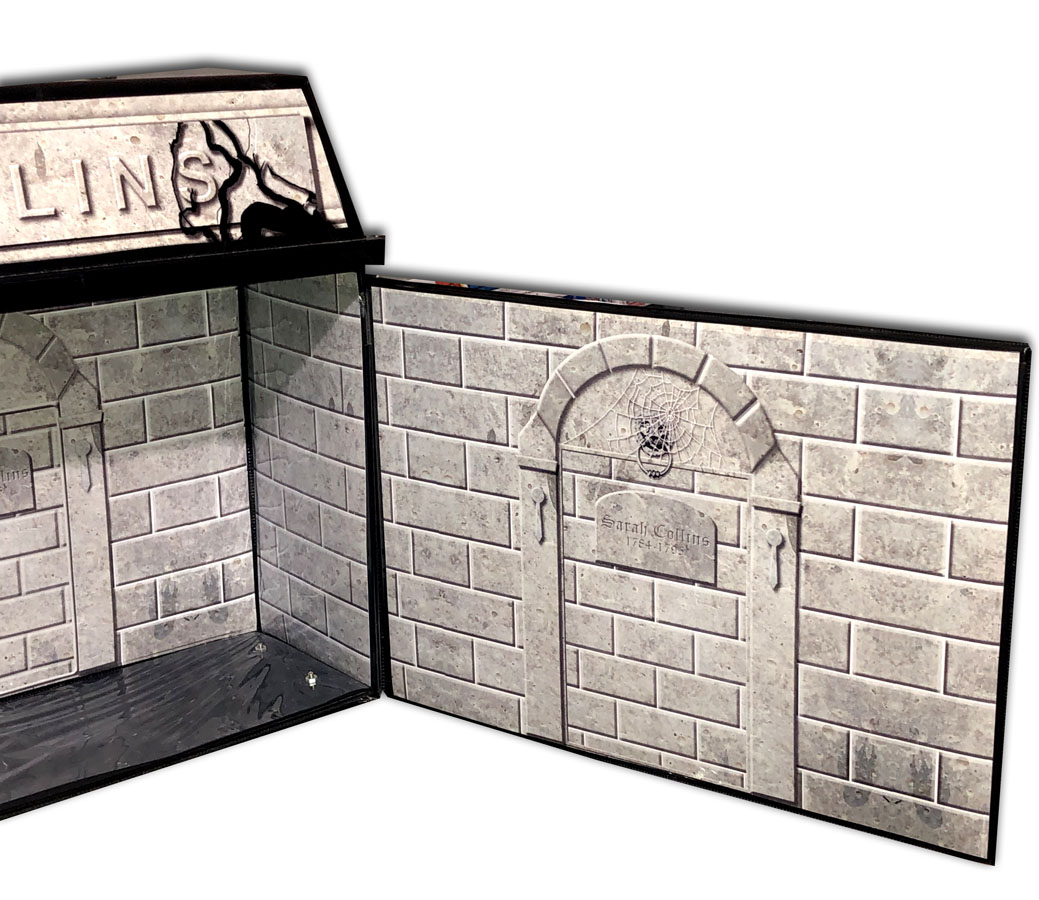 “In 2010, Spectre Toys with EMCE Toys, released a line of 8-inch Mego-style action figures,” Anthony continued. “Unfortunately, the line was shorter lived than the TV series and only Barnabas, his arch-nemesis Angelique, and a werewolf (the Chris Jennings version) were released. I collected all three and made a Collins Crypt displayset to go along with them. At the time, I was using different playset materials and this was originally a cube version. 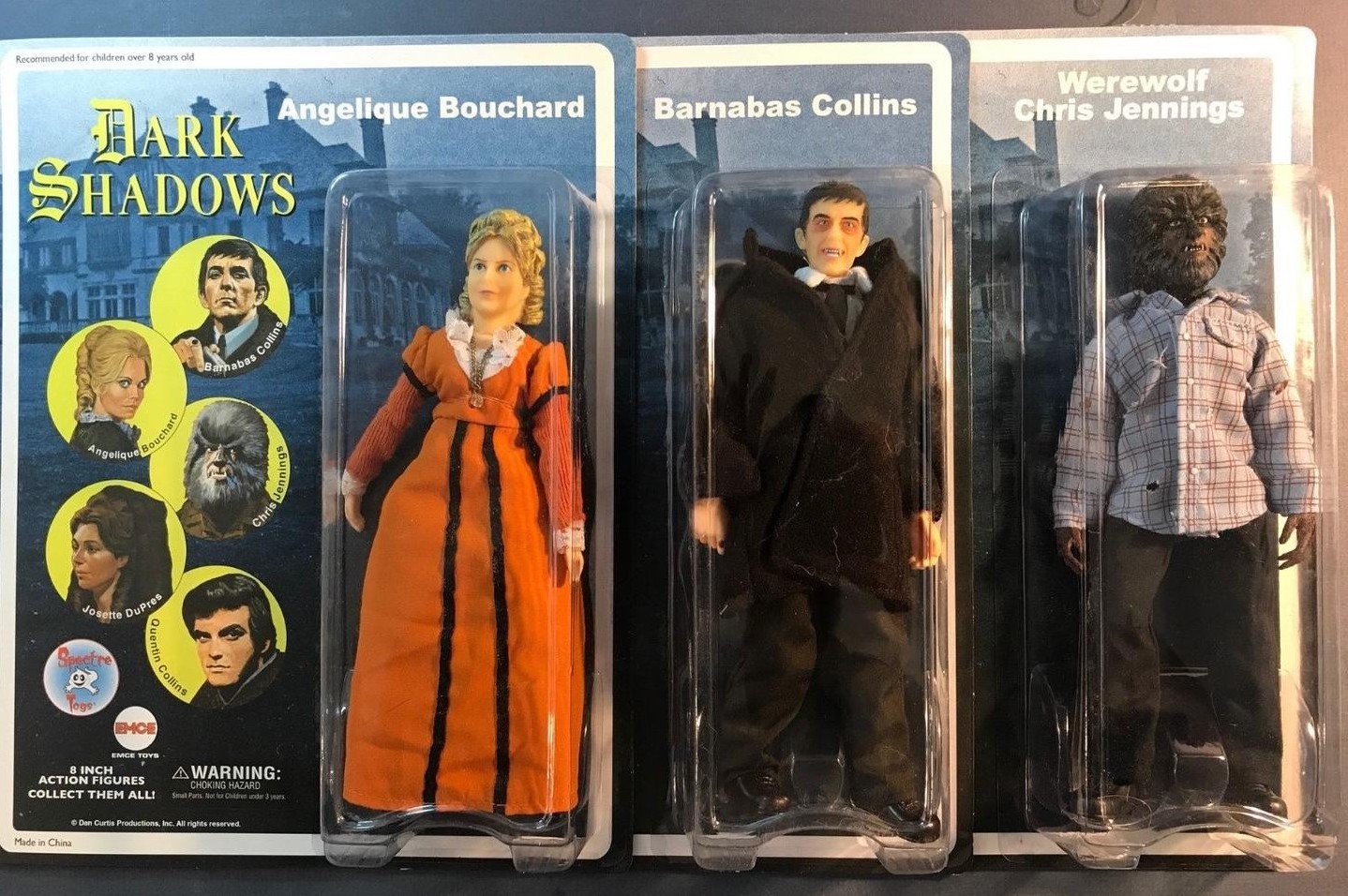 “This new, revamped playset takes that original design and expands it to fit a new format,” he noted. “The exterior features some of the graves at Eagle Hill Cemetery of Collinsport’s citizens from over the centuries. (Although you can’t be too sure if they’re there right at the moment.) The interior contains the crypts of Barnabas’ father (Joshua), mother (Naomi) and his young sister (Sarah). Naomi’s crypt has an alternate panel that showcases the secret room that originally contained Barnabas’ vampire coffin. 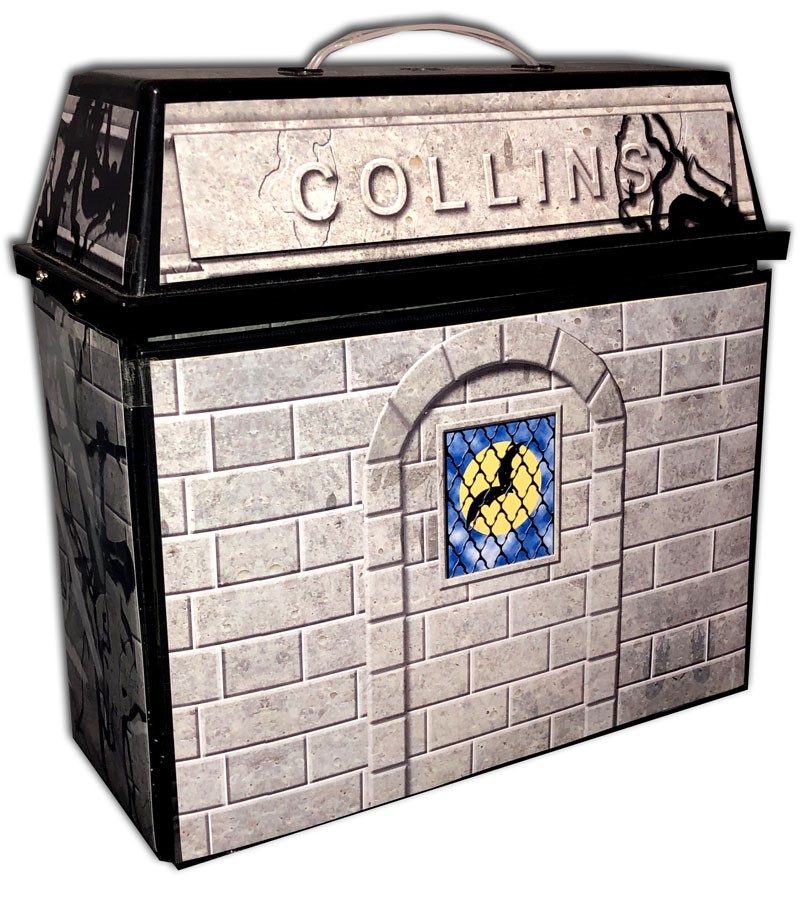 “This project has been buried for awhile,” Anthony said, “along with plans for an Old House. But now that it’s revived, who knows what will eventually see the light of day?”

— INSIDE LOOK: The WONDER WOMAN TV Playset You’ve Been Waiting For. Click here.