The 13 Most Influential Jewish Creators and Execs, PART 2

The Jewish High Holy Days are upon us, so we’ve invited Arlen Schumer — whose lecture Jews ‘N’ Comics is 9/24 in NYC — to discuss the people who formed the backbone of the American comic book. PART 2 — From Kane & Finger to Kirby & Simon to Eisner …

Siegel and Shuster, Kirby and Simon, Stan Lee, the list goes on. 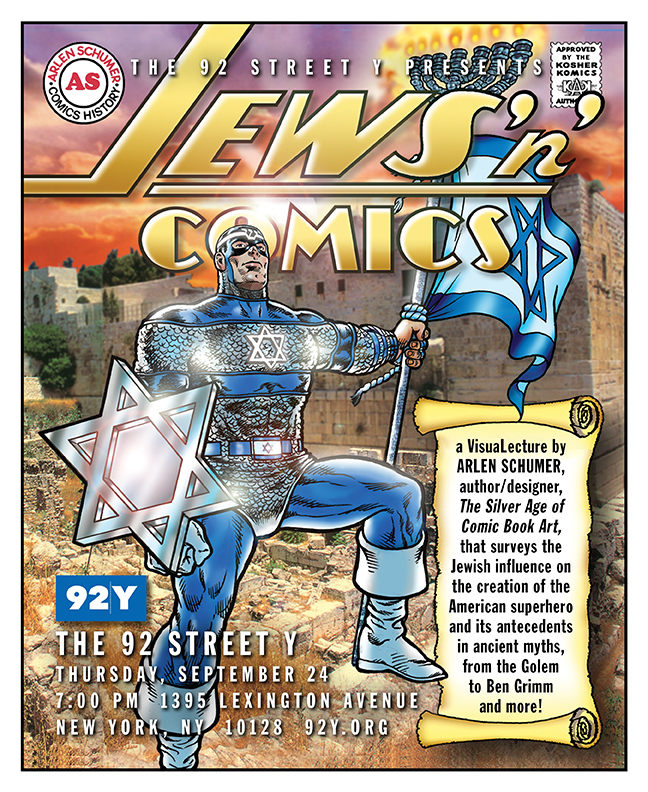 “Batman Created by Bob Kane.” You all know that phrase, with that distinctive “Bob Kane” signature in the box with the big “O” in “Bob.” You know that Kane created Batman, Robin, the Joker and all the rest. You might have a vague image of Kane as one of the first comic book celebrities, appearing at movie premieres and art openings.

What the rest of the world now knows is that his partner — and true creative force — was, his friend, writer Bill Finger. After Kane showed him his initial “Bat-Man” sketch, Finger made enough suggestions and changes to it that one can legitimately say Finger “art-directed” Batman into the iconic visual of the only character who rivals Superman as the world’s most popular superhero. 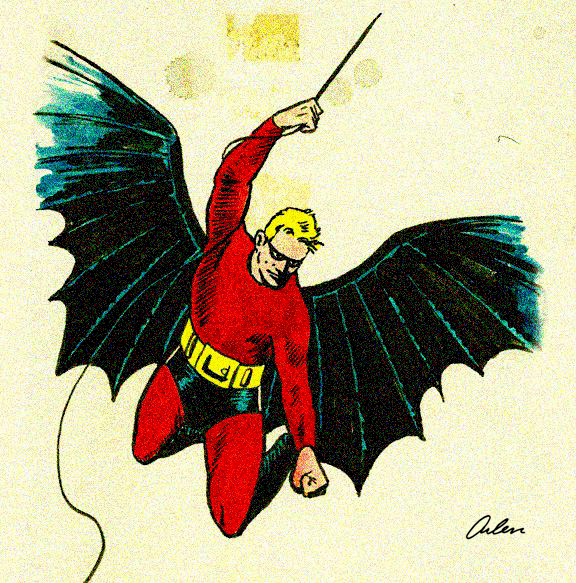 And then Finger went on to write and/or create or co-create the entire Bat-mythos, from Batman’s origin story to Robin to the Joker and much of the rest of Batman’s rogues gallery; naming Gotham City and Bruce Wayne; inventing the Batcave and Batsignal. 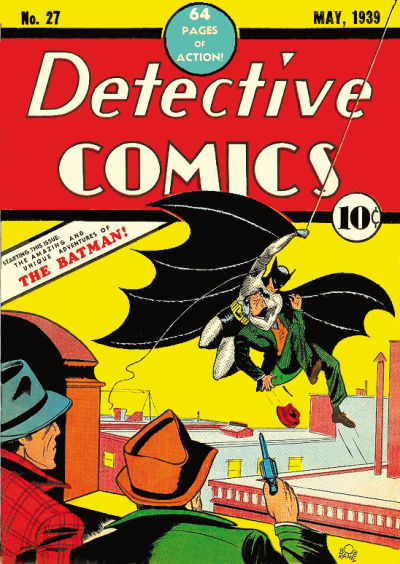 Kane went on to fame and fortune, and died in 1998; Finger went on to create more new characters and write hundreds of comic book stories for Batman and other DC titles, but died an alcoholic and penniless in 1974. Only this month has DC/Warner Brothers agreed to put his name on TV and film properties. Unlike Kane, he’s still not listed in every Batman comic.

Kirby (1917-1994) appears twice on this list because he had multiple career peaks during his seven decades in comics, the first one coming in 1941 when he and writer/artist/partner Joe Simon (1913-2011) co-created Captain America. 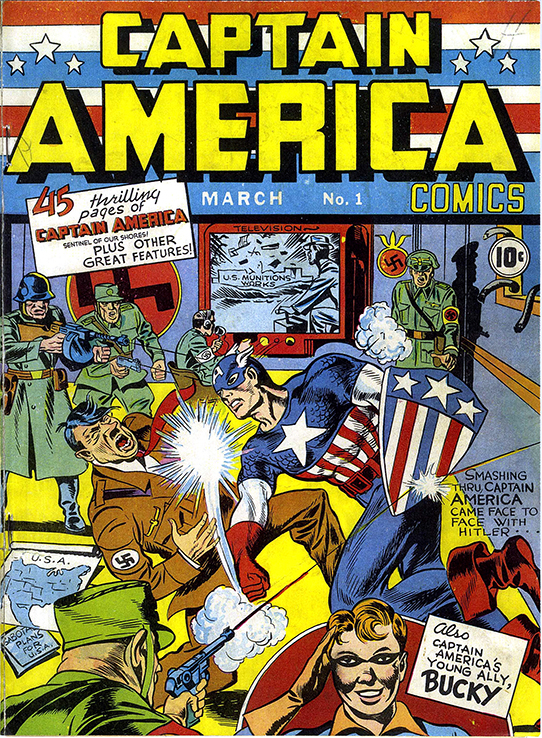 In those early days of World War II, which coincided with the birth of the comic-book industry and its standard-bearer, the superhero, Kirby and Simon were two American-born Jews of immigrant parents (Kirby’s from Austria, Simon’s father from England) who, aware of how the rise of Nazism and fascism was affecting the Jews of Europe and Russia, wanted to raise the consciousness of a severely isolationist America that didn’t want to fight “Europe’s War” (and certainly weren’t going to fight a “War to Save the Jews”). 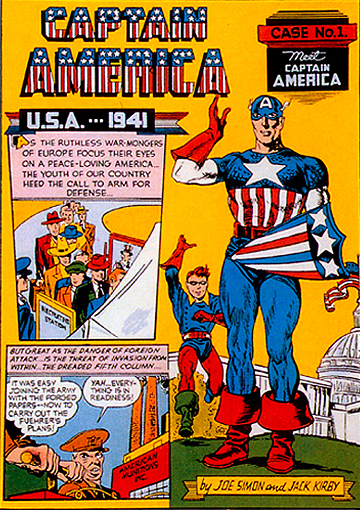 They thought that a patriotic-themed superhero would do the trick—and they were right beyond their wildest expectations, as their Captain America comics were such an overnight success in the spring of ’41 that actors were dressed as Cap to stump for War Bonds (accurately dramatized in 2011’s Captain America: The First Avenger)!

Kirby the artist blossomed drawing Captain America, sending him flying across panel borders and page gutters in groundbreaking double-truck spreads that exhibit all the energy and dynamism that we’ve come to acknowledge as part and parcel of what would make him come to be known as Jack “King” Kirby. 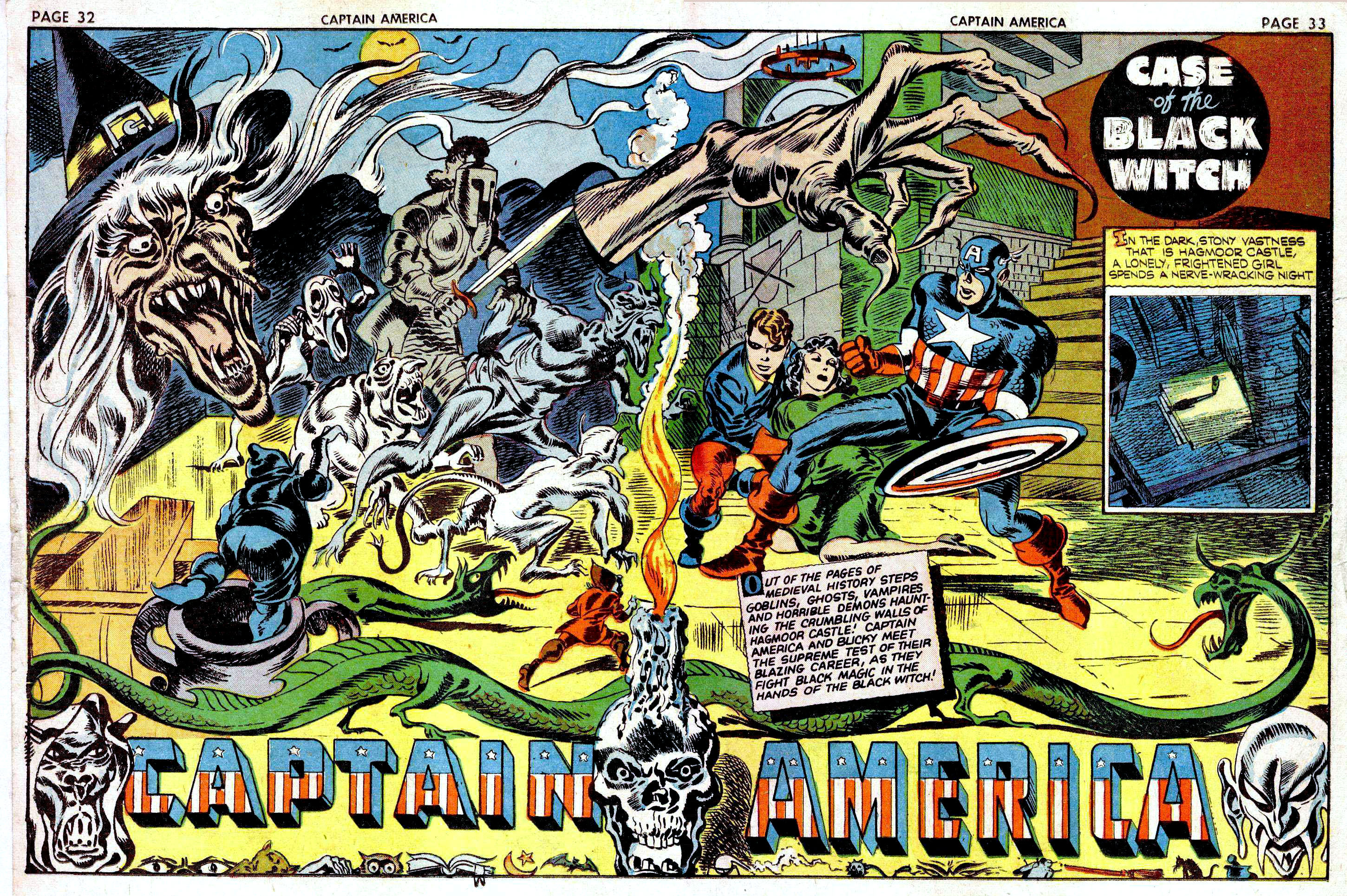 Will Eisner (1917-2005) was the D. W. Griffith of comic book art; if Griffith is considered the Father of Film for the many cinematic camera and narrative techniques he pioneered, then Eisner, in his magnum opus, the 7-page comic book stories of The Spirit (1940-52), displayed the equivalent groundbreaking narrative and verbal/visual techniques that make The Spirit a great primer on effective, dramatic and dynamic comic book storytelling. 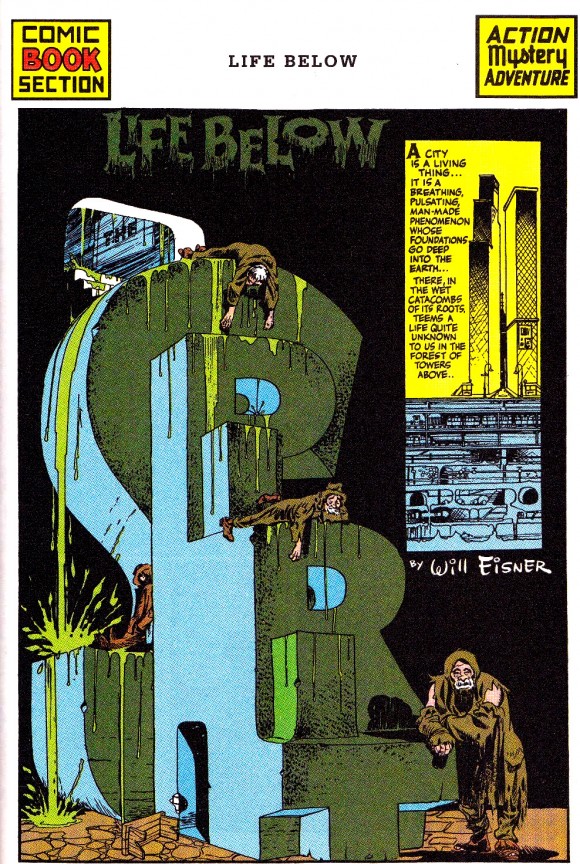 The son of a scenic painter for the Yiddish theater on the Lower East Side of New York City (he grew up in Brooklyn), Eisner drew upon three-dimensional scenic design and theatrical-style staging for The Spirit’s storytelling style and very graphic approach. 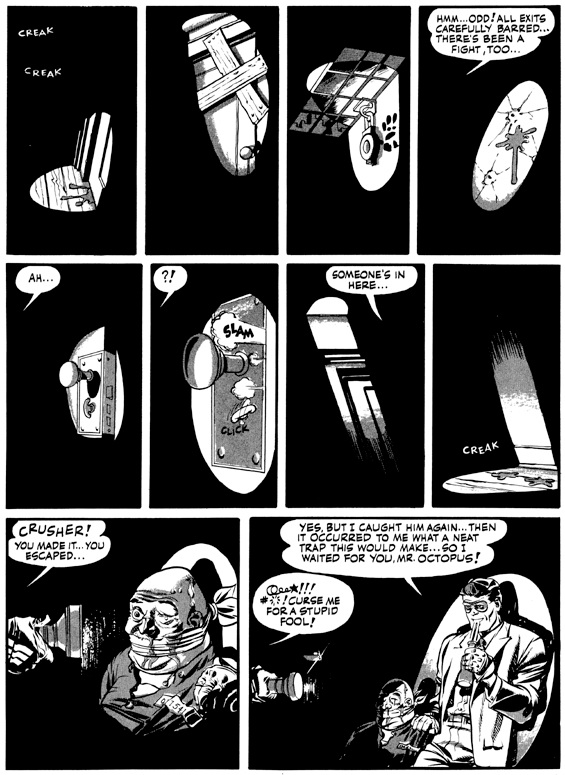 But Eisner, like Kirby, had multiple career peaks: In the mid-1970s, Eisner cathartically channeled the 1970 death of his teenaged daughter Alice (from leukemia) into what is widely considered the first true graphic novel, 1978’s A Contract with God. 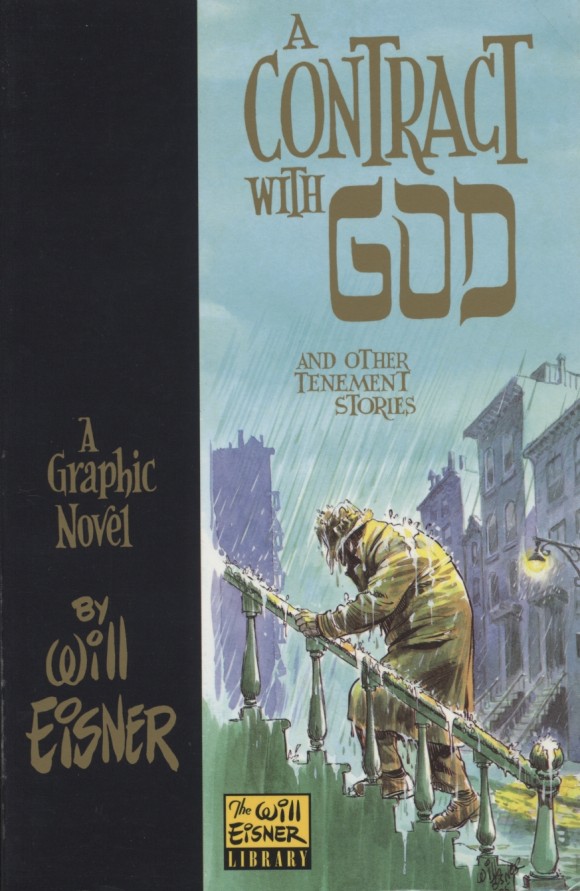 He followed that with a series of graphic novels the rest of his life, many of which called upon his Jewish upbringing in the New York City metropolitan area, right up until his non-fiction expose on The Protocols of The Elders of Zion, the infamous Tsarist anti-Semitic tract, published posthumously in 2005.

NEXT — PART 3: From Bill Gaines to Julius Schwartz. Click here.